As the waves rolled over St. Mark's Square, the Basilica of San Marco was flooded. Bishop Francesco Moraglia on the damage to his cathedral and in the heart of the city. He demands, "It can not go on like this."

The water has run out, and at first glance Venice works as usual. The Vaporetti and Gondolieri drive again. Most shops and restaurants are open again. Only the passerelle, the wooden walkways, are still reminiscent of the floods that flooded the city for days.

But the consequences of the flood will keep the Venetians busy for a long time. As high as mid-November, the water has not stood for over 50 years. More than 80 percent of the city was flooded. In the hotel, the porter shows how the water was knee-high in the lobby a few days ago. "It's spectacular on TV," says a waiter at "Florian", a legendary café on St. Mark's Square, "but it's a disaster for us." The damage in the city should amount to several hundred million euros.

Francesco Moraglia, born in 1953, is the Bishop of St. Mark's and bears the historic title Patriarch of Venice. His basilica was hit particularly hard by the flood. As the waves rolled over St. Mark's Square, he sharply criticized the government in Rome, which has not put an end to a multi-billion dollar flood defenses project in the lagoon for many years. For the interview, he asks the SPIEGEL in the early evening in a corridor of his Patriarchal Palace - in the reception rooms there is still no light after the flood-related power damage.

Video: Fire video show the extent of the disaster

SPIEGEL: Excellency, last week you stood in the water on St. Mark's Square right up to your navel and looked at your flooded St. Mark's Basilica. What went through your head?

Moraglia: I thought of the fragility, the vulnerability of Venice, that's why I entrusted the city to the Madonna. In the past floods of more than 145 centimeters were the exception, maybe once in fifteen years. But now the cathedral, St. Mark's Square, the campanile, the whole city have to be defended against excessive floods. 180 centimeters and more are a serious threat.

SPIEGEL: Can not the basilica be better protected?

Moraglia: Up to 88 centimeters water level, we have no problems. Then it hits the porch, the baptistery and some side chapels. The crypt under the dome is the best protected area. But last week, a wind of 100 kilometers per hour whipped the waves over St. Mark's Square. Our flood protection gave way, and the water flowed in directly.

SPIEGEL: How big are the damages?

Moraglia: First of all there is the immediate damage. For example, in the right nave next to the baptistery, we have a beautiful, precious mosaic with a peacock that has now been destroyed. And then there are the long-term problems. When the sea water runs out, the salt stays behind. It attacks the marble and the bricks and can thus cause structural damage to the supporting pillars. Some things will be lost forever, also because the original building materials are irreplaceable. Some marble quarries have been closed for centuries. We still have some leftovers in stock, but they will soon be used up when we have so many repairs.

SPIEGEL: Can St. Mark's Basilica collapse someday, as some fear?

Moraglia: That's not it. But inventory maintenance is becoming increasingly difficult and expensive. It is a huge effort to train and employ specialized church builders or mosaicists.

SPIEGEL: Powerful gates are to close the lagoon during storm surges and prevent flooding in Venice, similar to a lock. Why is the project called "Moses" still not finished after decades of planning?

Moraglia: It's a pharaonic endeavor. Some were for it, the others against it. Then it finally started, but there was a financial scandal, and the judiciary intervened. And now, after 35 years of waiting, there is the fear that "Moses" will not work in the end. That would be embarrassing, of course. The system must be completed, tested and commissioned as soon as possible.

SPIEGEL: In the past, Venice hardly had problems with floods. Why?

Moraglia: The Republic of Venice has been managing the city with great care in its more than a millennium of history. She has maintained the channels and supported areas that lowered. St. Mark's Square was also repeatedly reconstructed and raised. Until Napoleon sold the "Serenissima" in 1797 to Austria.

SPIEGEL: What is different today?

Moraglia: The lagoon can not meet certain economic requirements. It's not made for big cruise and container ships, you have to say that very clearly. Huge ships can not pass without causing damage. These realities are not compatible with the lagoon's ecosystem. Added to this are the consequences of climate change, the rise in sea level.

Barrage "Moses" The flooding of Venice could have been prevented

SPIEGEL: Man has created a problem, and now he has to pay for it?

Moraglia: Surely he has created a society that damages the fragile balance in the lagoon. Some changes have a destructive effect on our city. Venice can not take it anymore. The city needs a different way of thinking, with respect for the environment.

SPIEGEL: What role do tourists play, many of whom travel by cruise ship?

Moraglia: Venice suffers. Often the tourism devours the city. Today, 60,000 citizens - as many as in a quarter of Milan or Rome - live here in addition to 28 million visitors annually. The city has depopulated, young families move away. It has become a place for work, for gondolieri, traders and tourist guides.

SPIEGEL: What has to happen?

Moraglia: It can not continue this way, the excessive influx of visitors is unbearable. The problem is how to control it in the future, without distinguishing between rich and poor visitors - and without turning away from the world.

SPIEGEL: How does tourism change society, culture and mentality?

Moraglia: If people only come for a day or two and do all kinds of things, go by gondola, visit San Marco and the Doge's Palace, and so on, there can be no cultural exchange. We wish you a quieter tourism. For example, tours that make the cultural and religious heritage tangible. Or pilgrimage routes that lead from other regions to San Marco.

SPIEGEL: First Notre Dame burns in Paris, then San Marco is under water. Why does the destiny of both cathedrals move so many people, even if Christianity does not matter to them?

Moraglia: Our cathedrals are symbols in which people find themselves. But as symbolic places, not those of faith. They are part of our secularized western society. The church must always ask itself how it wants to deal with the people of today.

Flood: Can Venice still be saved?

Venice faces the worst flood of the last 50 years 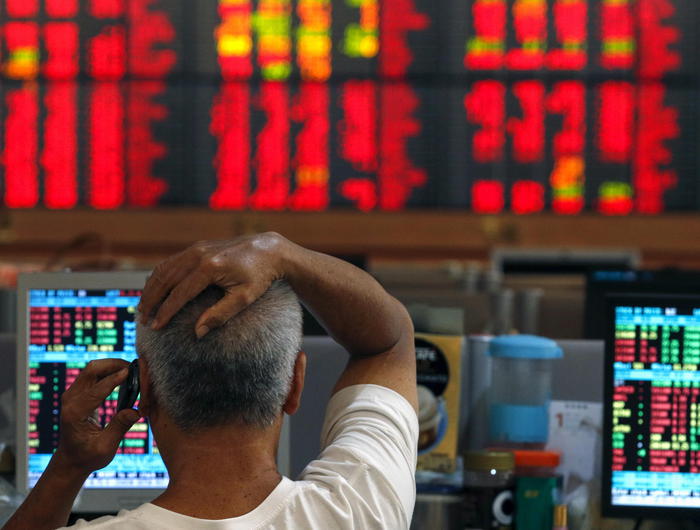 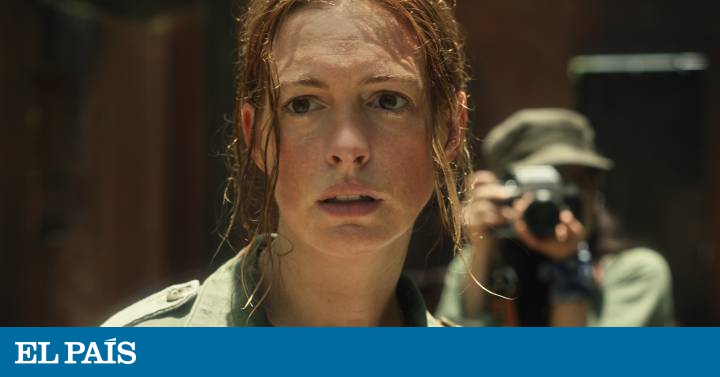 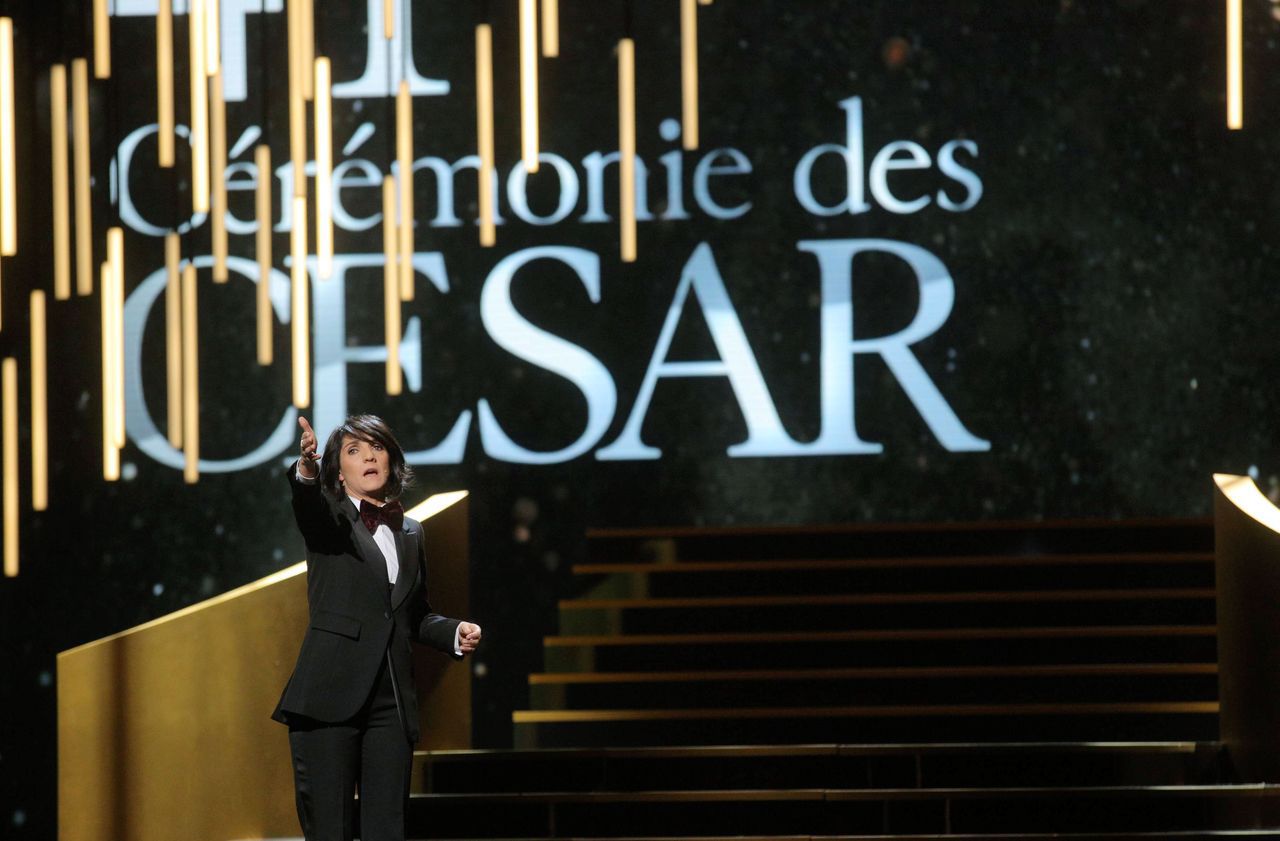 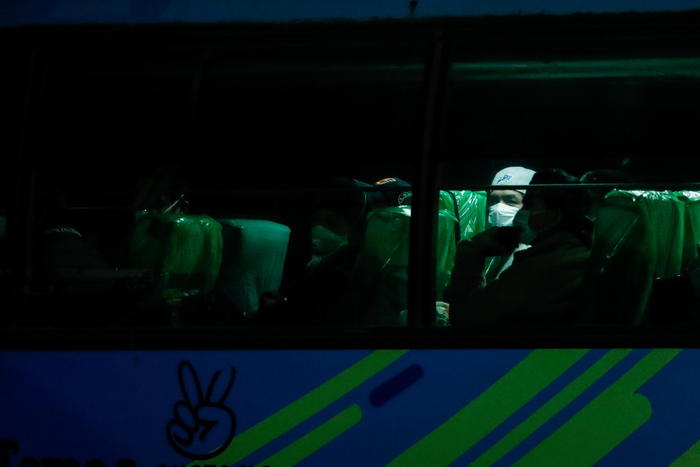 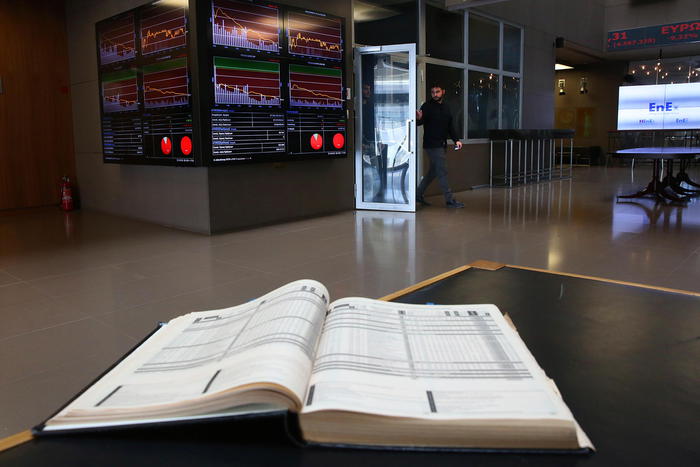 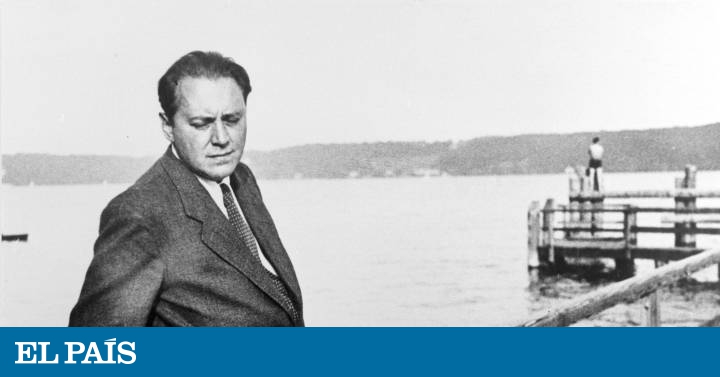 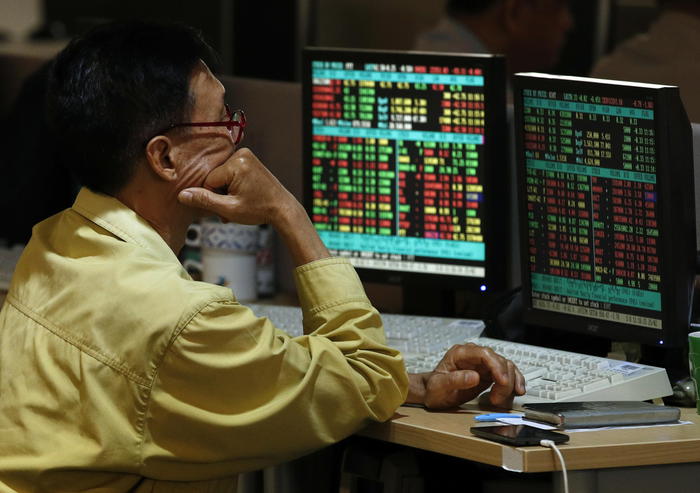 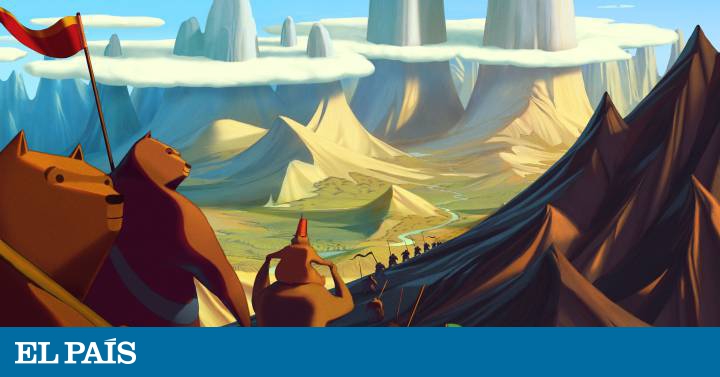 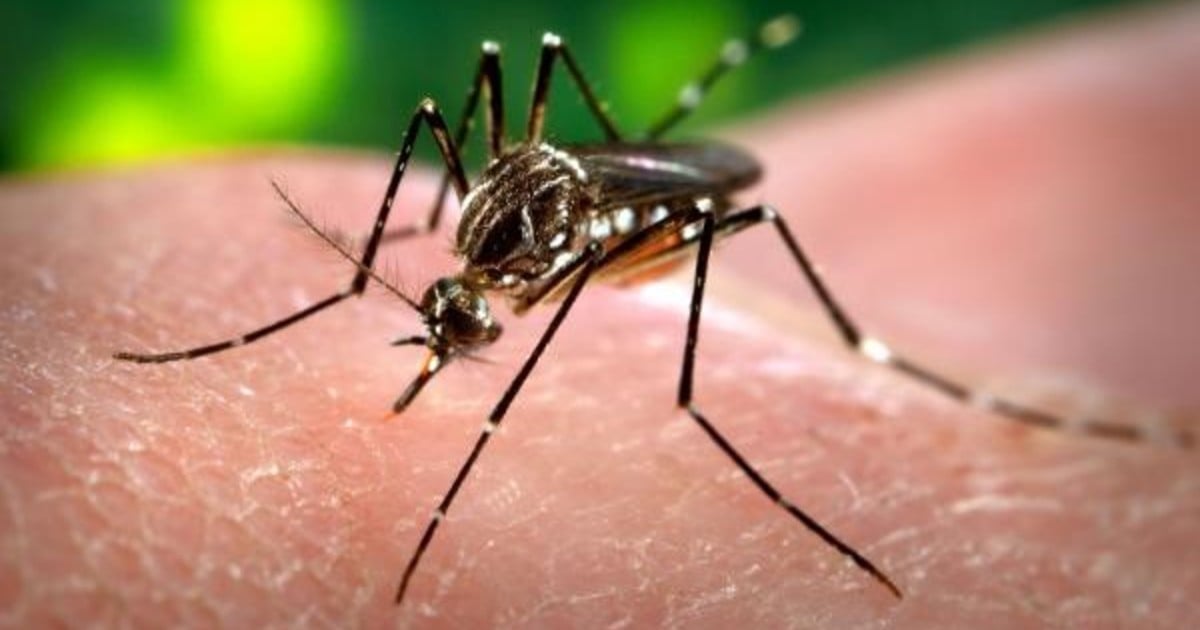 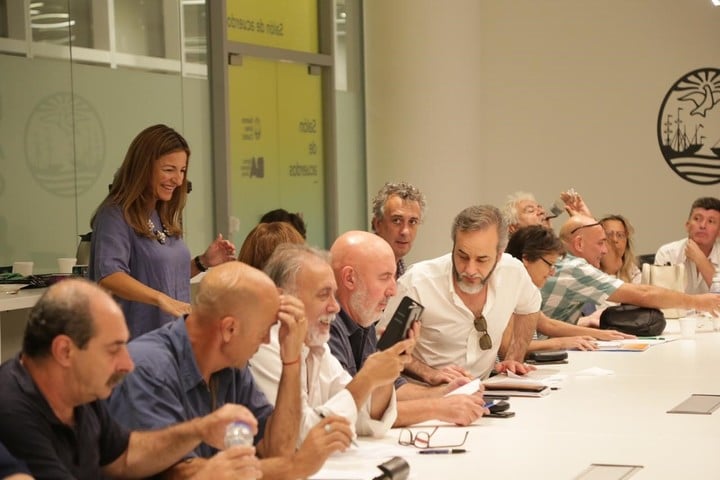 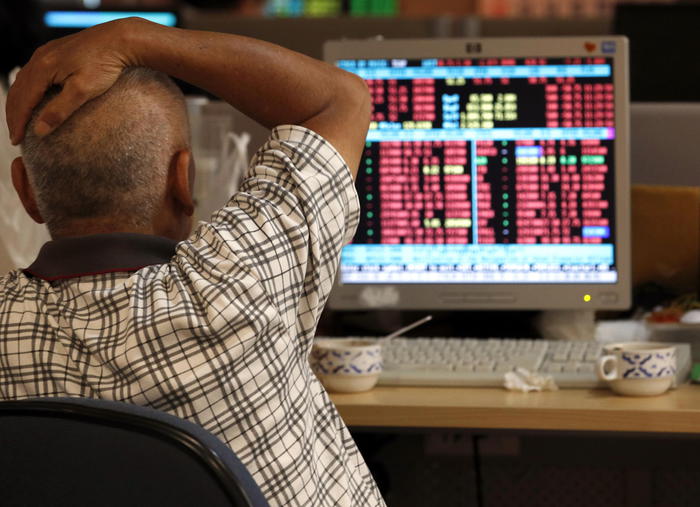