Animal Crossing: This video delights fans - that's why it's so popular

Animal Crossing New Horizons is currently the theme on the Nintendo Switch. A video goes with it, which completely enthuses the fans of the series.

Animal Crossing New Horizons is currently the theme on the Nintendo Switch. A video goes with it, which completely enthuses the fans of the series.

Kyoto, Japan - Sleeping at Animal Crossing has always been a special process. The music, the rigid gait and the possibility of rolling around freely in his bed already made one or two laugh in the long history of the Nintendo game . Just in time for the release of Animal Crossing: New Horizons for the Nintendo Switch , a Japanese fan has turned this ritual into reality - but with painful consequences.

The fanむ ら び と の は や と has only a little over 500 subscribers on YouTube, but can get over 60,000 clicks with his latest video . The reason for this is the new Animal Crossing: New Horizons * for the Nintendo Switch . As reported by ingame.de, after a few postponements * it appeared on the market on March 20, 2020 . Sad: Despite the delay, shortly after the release there are players who want to make money with the game * and therefore resort to questionable tricks.

The fan wants to re-enact the game's sleep flow in his video . In the video , the young man stands next to his bed and whistles the typical animal crossing melody that sounds before you go to bed in the bedroom. Then he throws himself directly onto his bed in animal crossing style without even batting an eyelid. Then he rolls out of bed. In the game a completely normal process, in reality sleeping becomes a strange spectacle.

The passionate fan repeats this several times. Again and again he runs around the room and then jumps on his bed. Then you can see the young man turning against his bed frame and "stuck" there, as it were in Animal Crossing: New Horizons game. The fan also shows the typical chest movements that occur when the characters breathe in Animal Crossing for the Nintendo Switch . You can hear how the wooden frame of the bed suffers with every jump.

Most of the time the jumps of the fan go off lightly and only the bed has to suffer from the weight of the young man. After 16 consecutive jumps, however, it happens. The rather tall man jumps onto his single bed again and hits the end of the bed with his foot. So the injury followed as it were. Despite the painful accident, the determined fan does not stop with his ritual and jumps on the bed in the next sequence. The YouTuber shows a total of 18 jumps in its video .

In the end, the Animal Crossing fan shows the absurd representation of weeding at Animal Crossing . To do this, he stands directly in front of a lawn and tears several tufts from the surface with a sudden movement - an action that should not be particularly well received by environmental activists. Finally, PETA was already critical * of fishing in New Horizons. For Animal Crossing fans, both the curious video of the YouTuber and the game seem to be well received. It is not without reason that an industry analyst recently made a shocking forecast for Nintendo's new Animal Crossing *. To prevent such accidents in the future, ingame.de * shows how sleeping in Animal Crossing: New Horizons on the Switch really works.

Animal Crossing New Horizons (Nintendo): How to sleep properly in the game

Animal Crossing: New Horizons - You spend the first night in the new branch of Nintendo in the tent as usual.

The foldable children's bed serves as the first own bed and must be placed in the tent. To do this, open the inventory, select the cot and place it where you would like it to be. Then you have to go to bed and jump into bed, as in the fan's video . There you will be asked if you want to sleep . If you select “YES”, the screen goes black and the player wakes up on a brand new day and has finished the tutorial section. If you want to put on the right outfit before the acrobatic jump to bed, you need the magic wand *, which can be created with the help of star fragments.

In addition, in the new Animal Crossing: New Horizons, you no longer have to worry about manual saving. The new game from Nintendo from Kyoto has an automatic save. This means that you no longer have to watch your scores yourself. The all-hated character Resetti, who had bothered fans in previous Animal Crossing parts after forgetting to save, is history. So on the Nintendo Switch you don't have to worry about lost scores anymore. If you have problems finding and producing some tools, the ultimate tool guide * can help. With one trick you can also build indestructible tools * at Animal Crossing: New Horizons . Also in the guide to all inhabitants * of the island, the instructions for catching all insects *, fishing for all fish *, cruising flowers * or the guidelines for trading beets *, important information about playing can be extracted. A hidden bug *, on the other hand, now creates excitement in the Animal Crossing fan community. Meanwhile, another Animal Crossing fan is recreating a world-famous island, another is discovering secret places * and a YouTuber * is playing clay with Animal Crossing: New Horizons .

* ingame.de is part of the nationwide editorial network of the Ippen-Digital-Zentralredaktion

Animal Crossing: This video delights fans - that's why it's so popular

Animal Crossing: This funny video is only for real fans 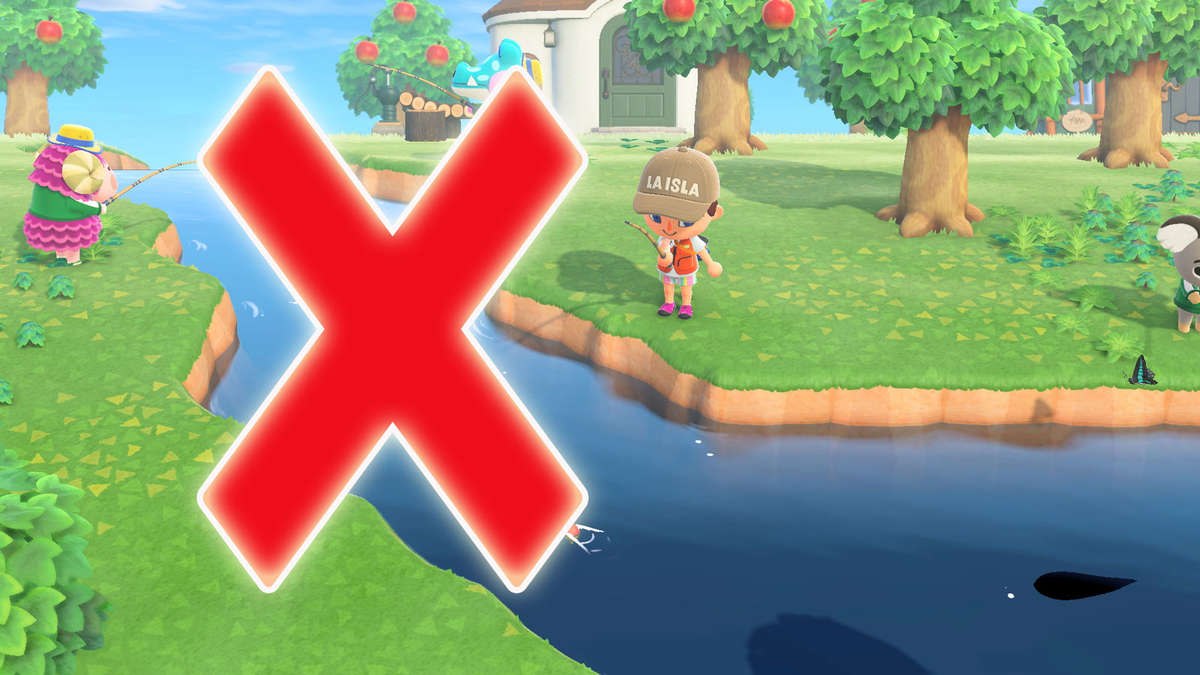 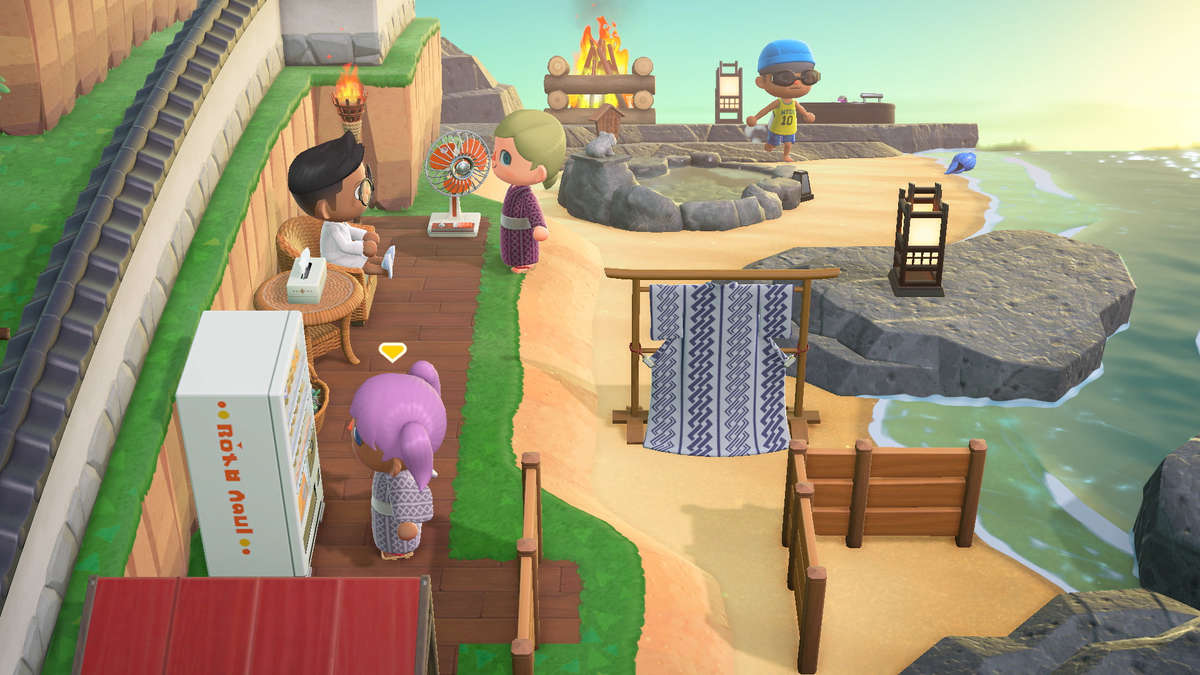 Animal Crossing: Every player should have seen this funny video 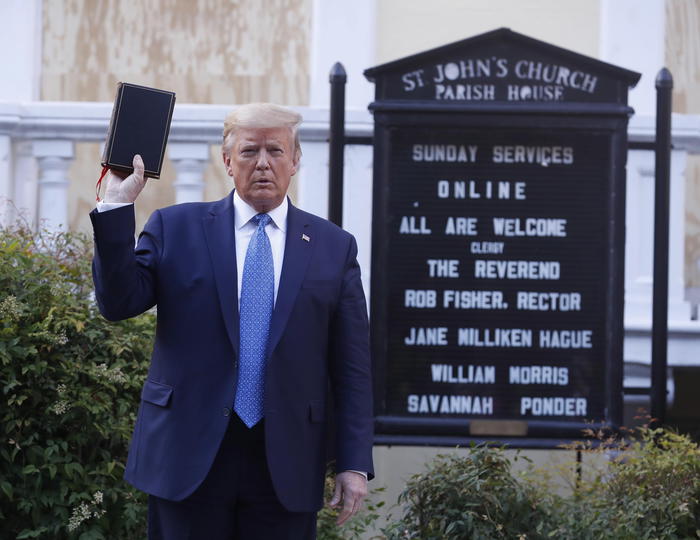 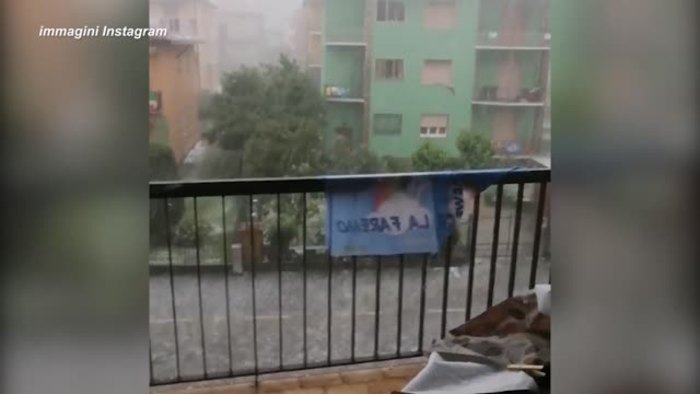 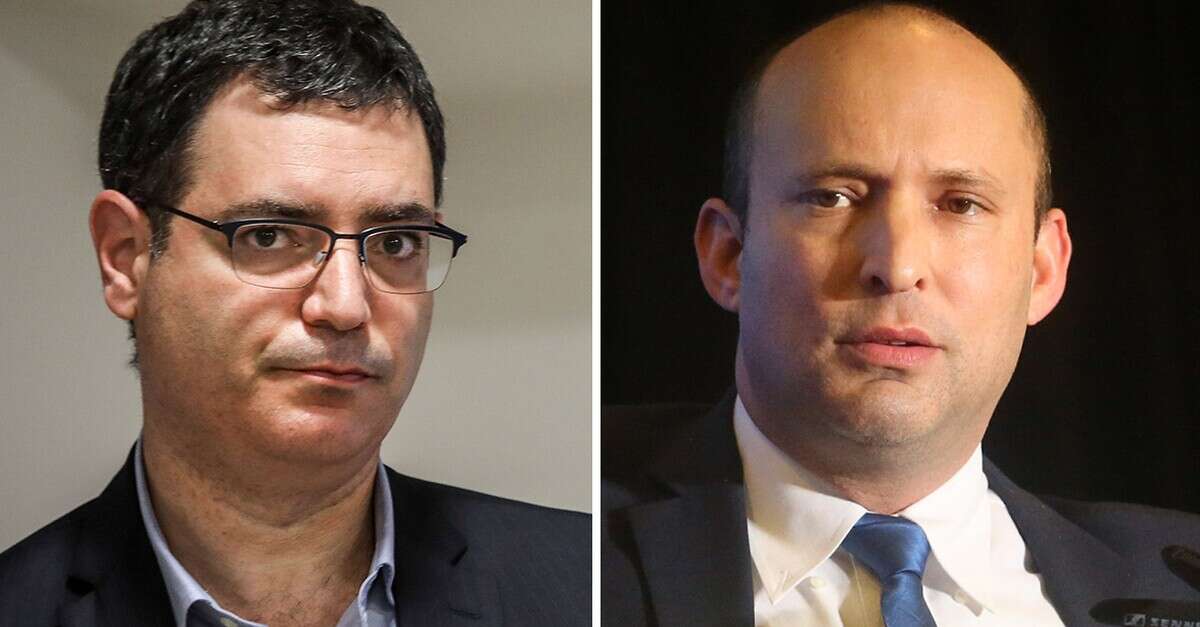 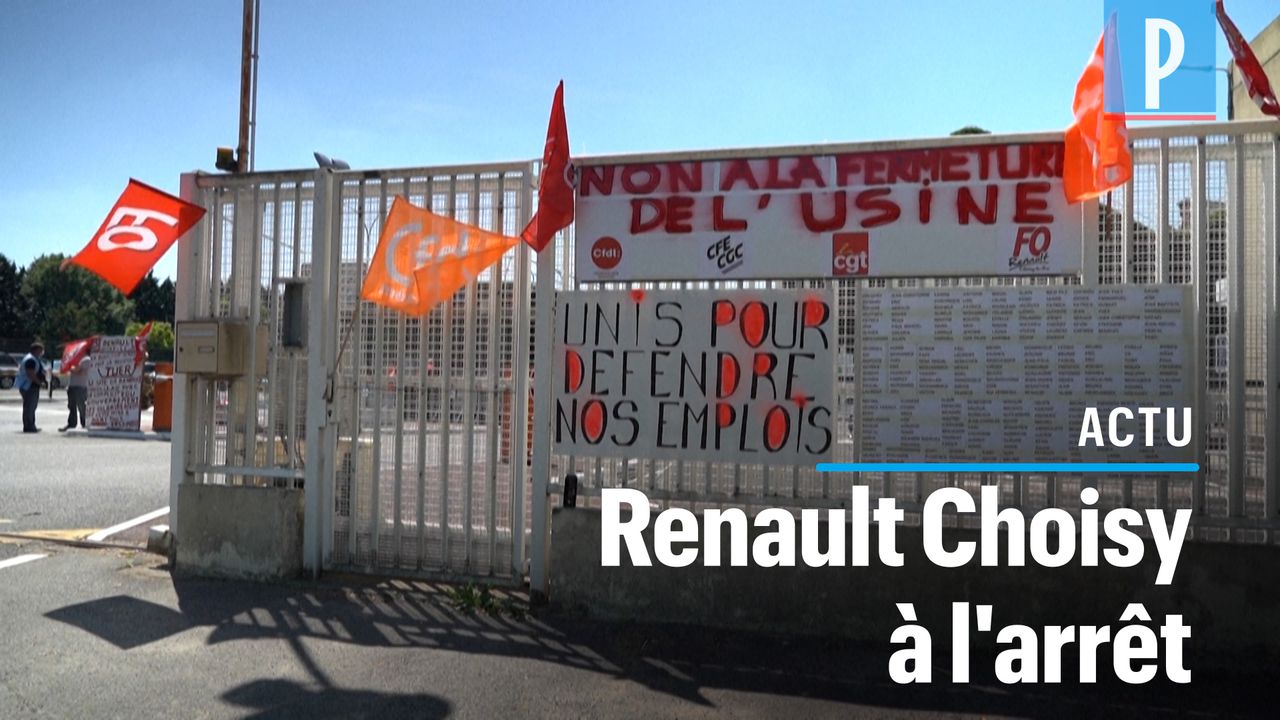 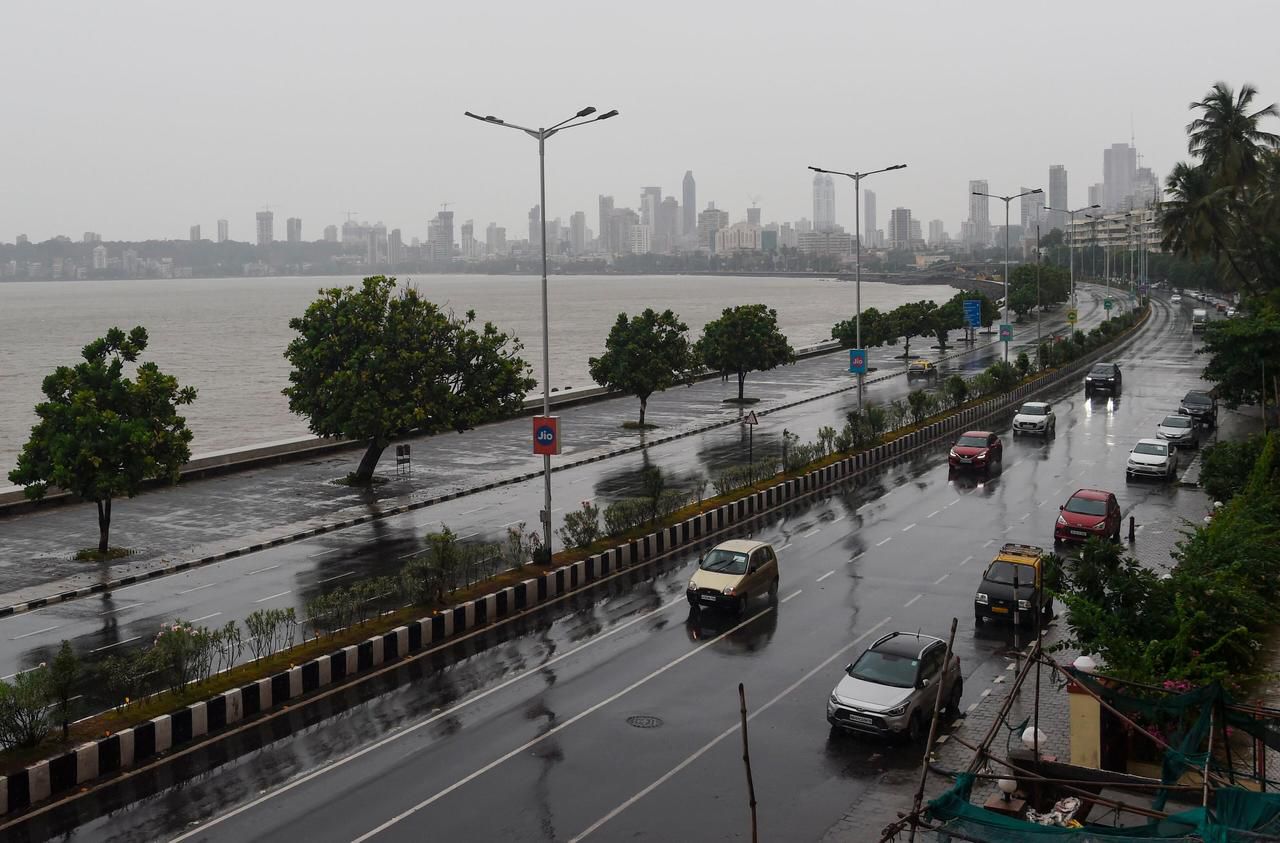 India: nearly 180,000 evacuations approaching a cyclone on the west coast 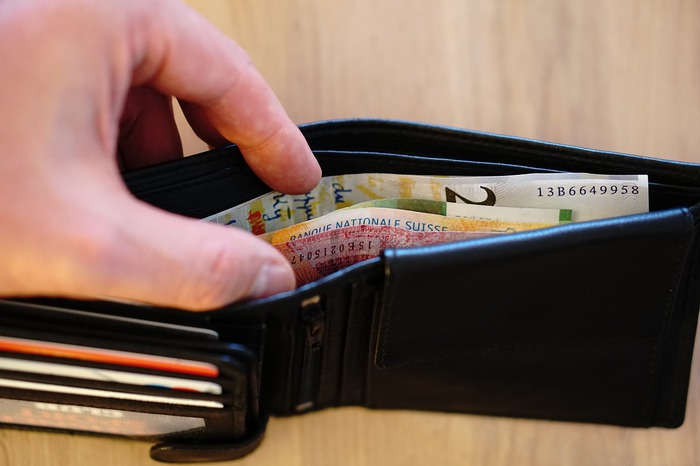 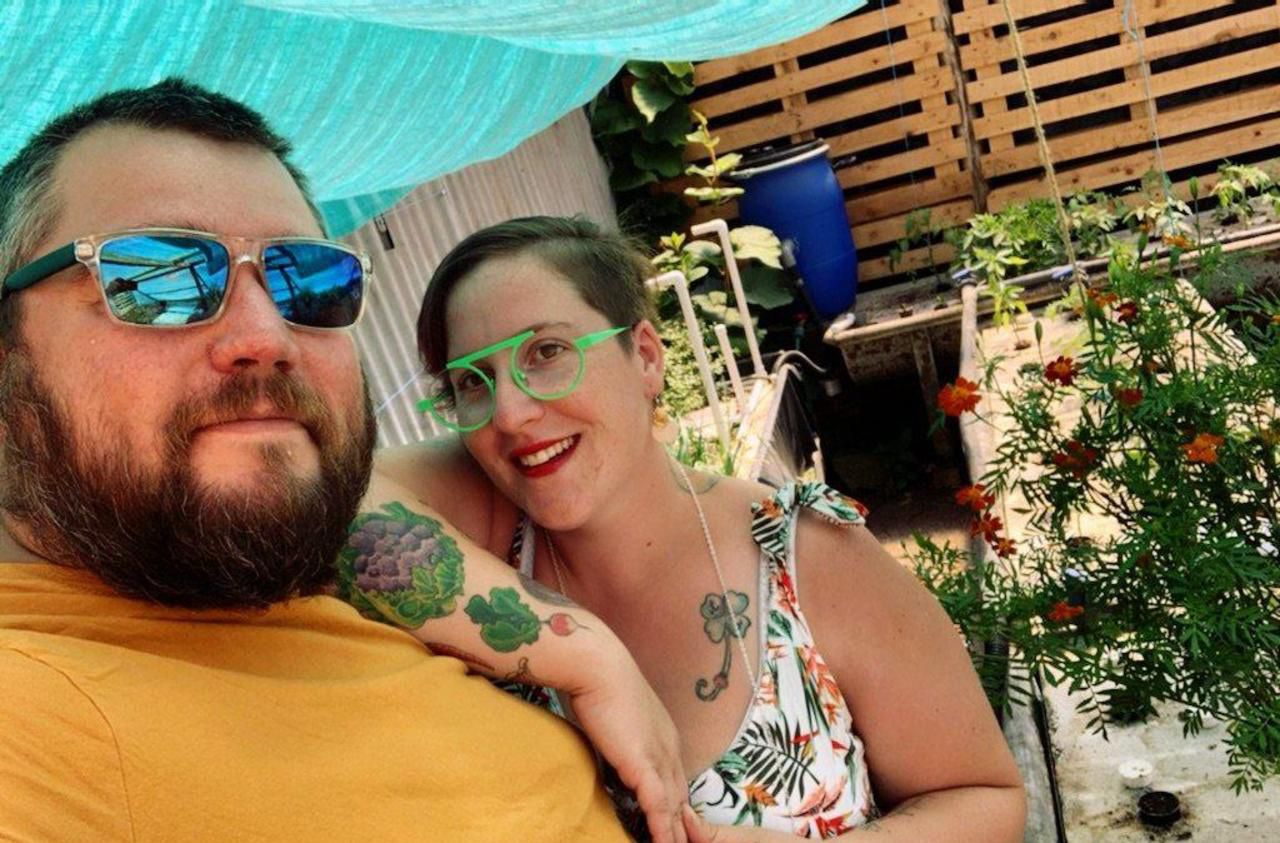 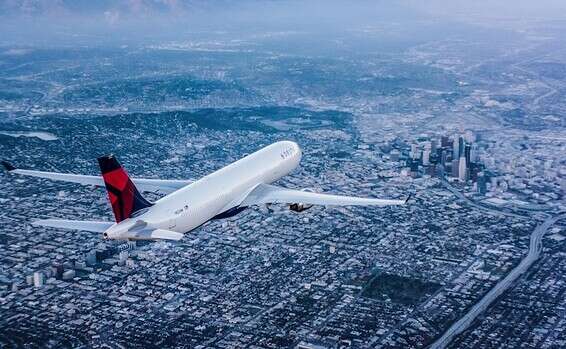 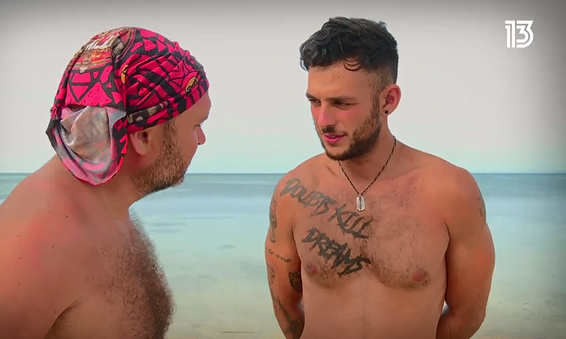 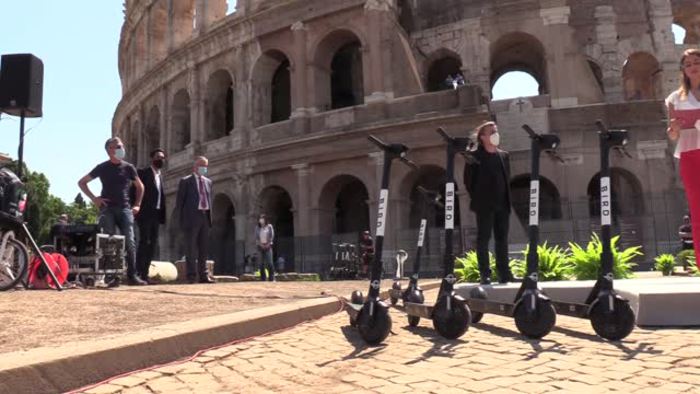 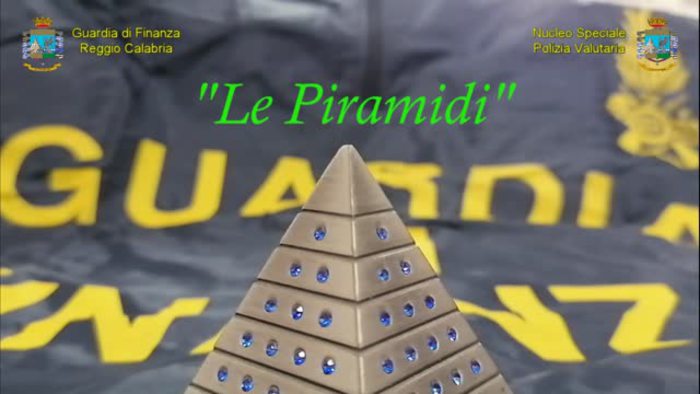 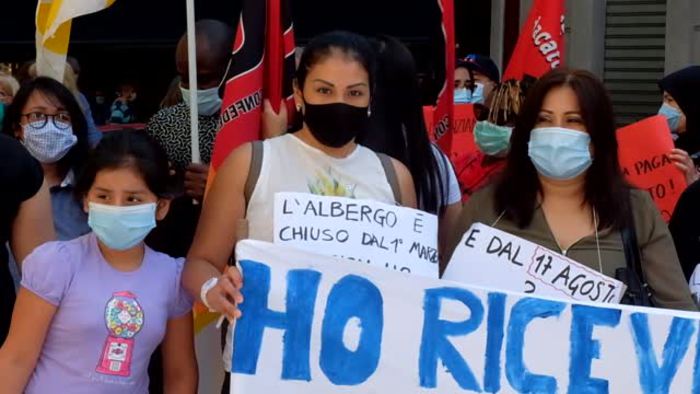 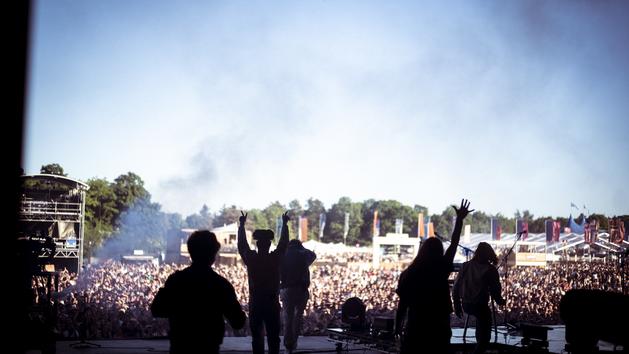 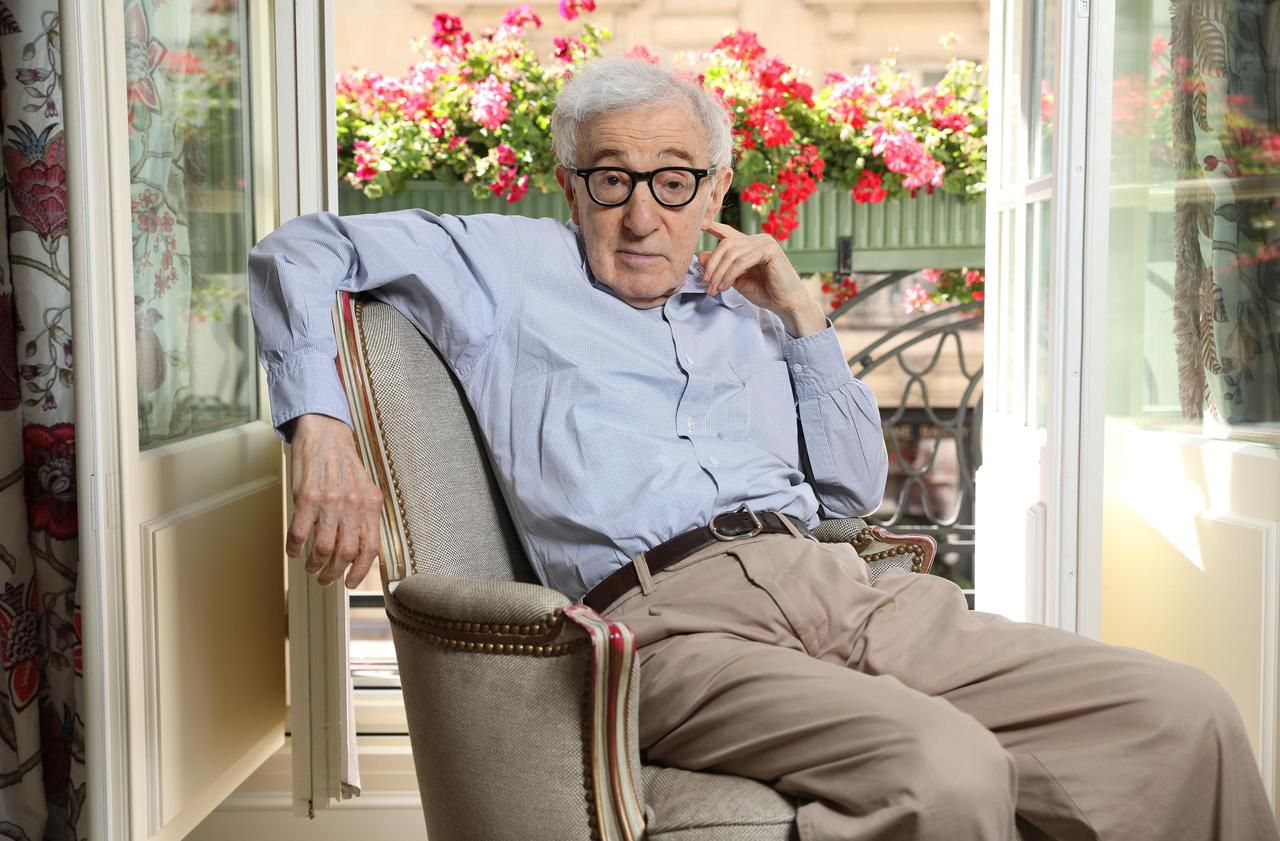 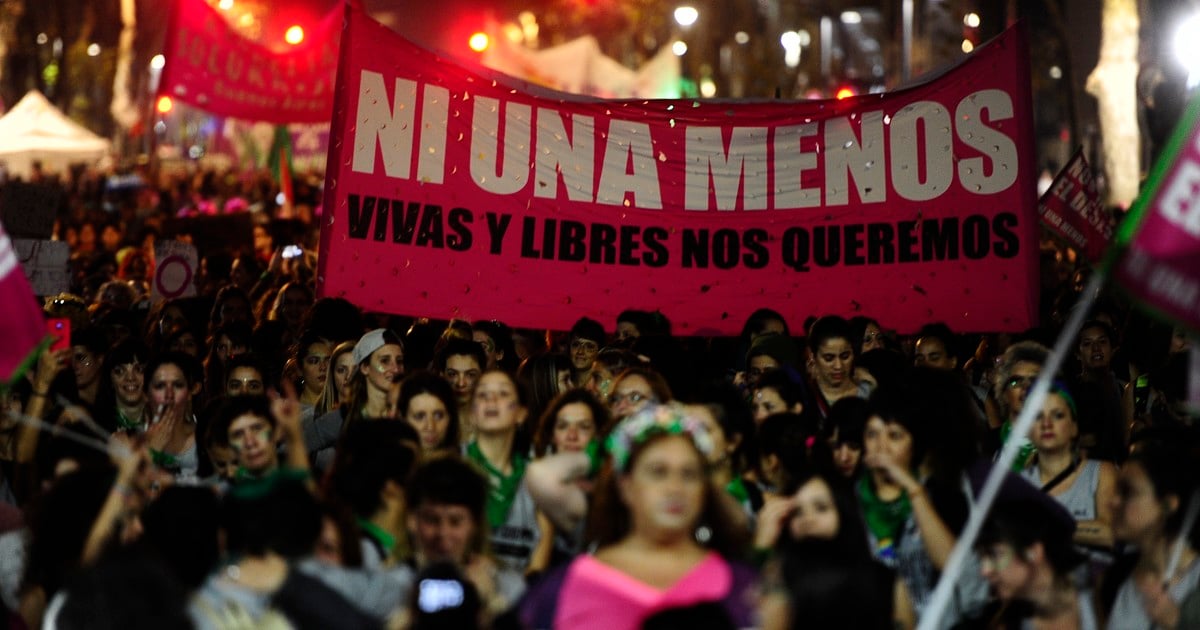 On the anniversary of Ni Una Menos, the Spotlight Initiative and Clarín publish the obituaries of the victims of femicides of the last year in Argentina
2020-06-04T20:29:44.965Z 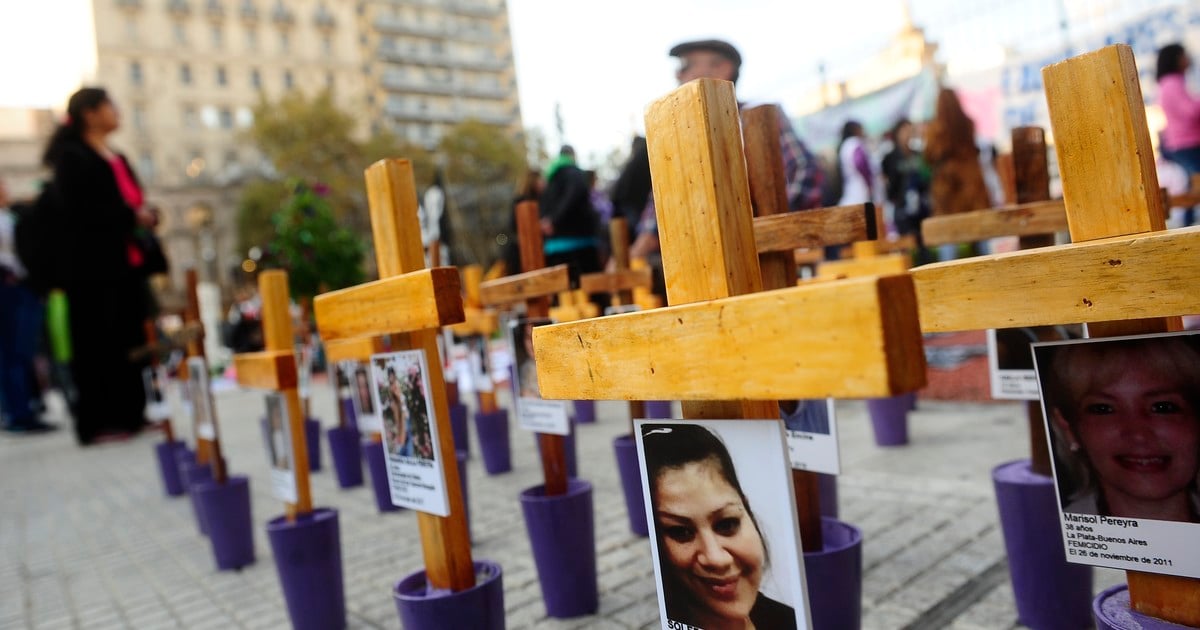 Dying in quarantine: the murder of psychologist Patricia Fretes and another chronicle of an announced femicide
2020-06-04T20:29:39.365Z 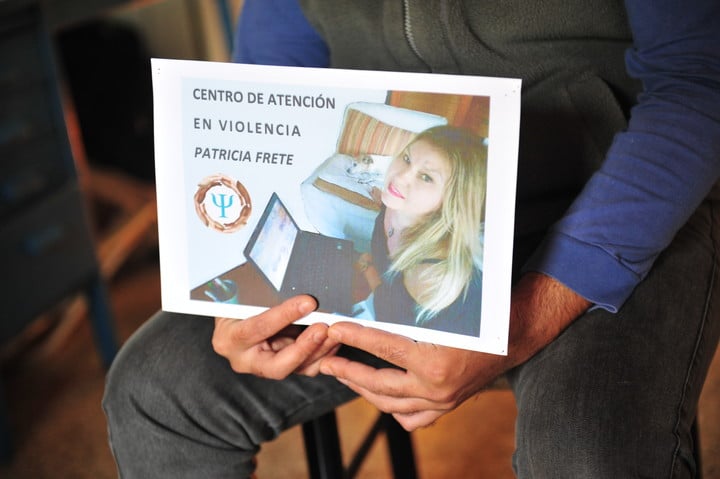 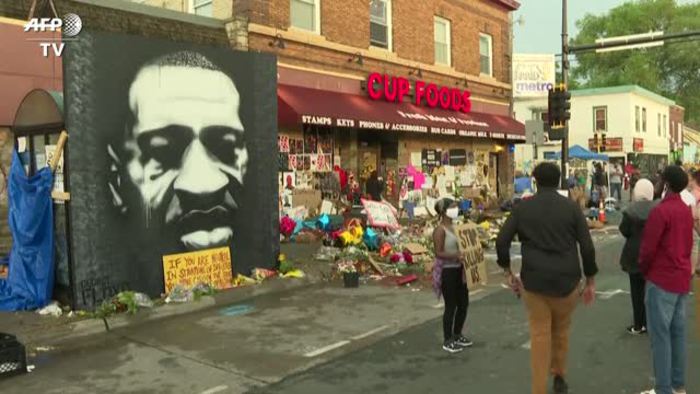