A ship burned after an explosion off the east coast of Sri Lanka. Now the Navy announces that no more flames can be seen. 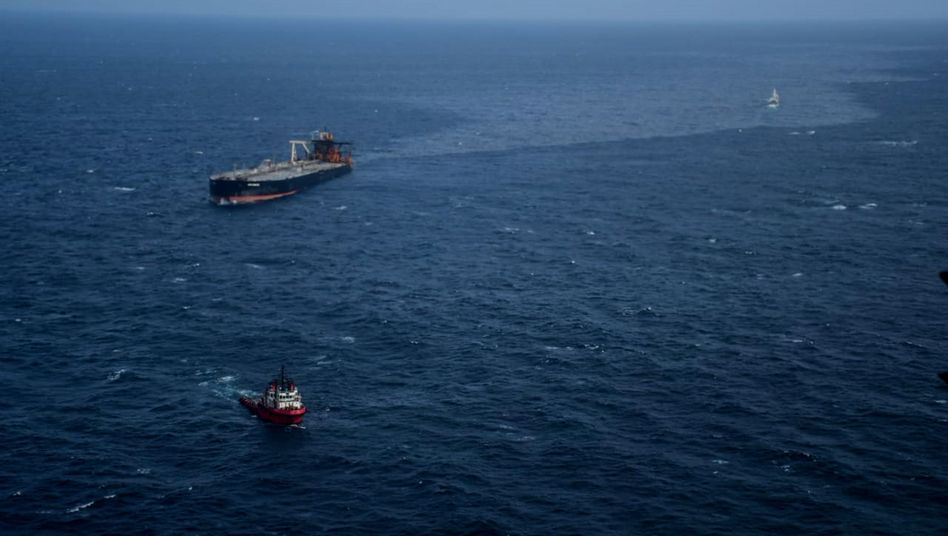 The fire that broke out six days ago on an oil ship off Sri Lanka is under control.

This was announced by the Sri Lankan marina.

According to the emergency services, people were able to enter the oil tanker for the first time since the fire started.

Flames and smoke can no longer be seen.

Although oil was visible in the water around the ship again, according to initial findings, this only came from the freighter's fuel tank, the Navy said.

The location of the oil is still intact, said the spokesman.

A team of researchers is now to investigate the extent of oil pollution in the sea.

Greenpeace marine expert Christian Bussau said: "Even if the fire seems to have been extinguished at the moment: In its current state, this oil tanker remains a ticking ecological time bomb."

Off Sri Lanka there are whale and reef sharks, sea turtles as well as sperm and blue whales.

In order to avert the danger of a disaster, the ship should be brought to the coast, in an emergency port or to a safe berth near the coast.

Because a damaged tanker can be better secured from land and the oil can be pumped out if necessary, said Bussau.

Last Thursday, there was an explosion and a subsequent fire in the engine room of the "New Diamond" registered in Panama.

The ship was supposed to bring the oil from Kuwait to India.

The Indian Oil Corp (IOC) ship had set course for the port of Paradip, where the state-owned company operates a refinery.

Just a few weeks ago, the accident of a Japanese freighter caused an environmental disaster off Mauritius. 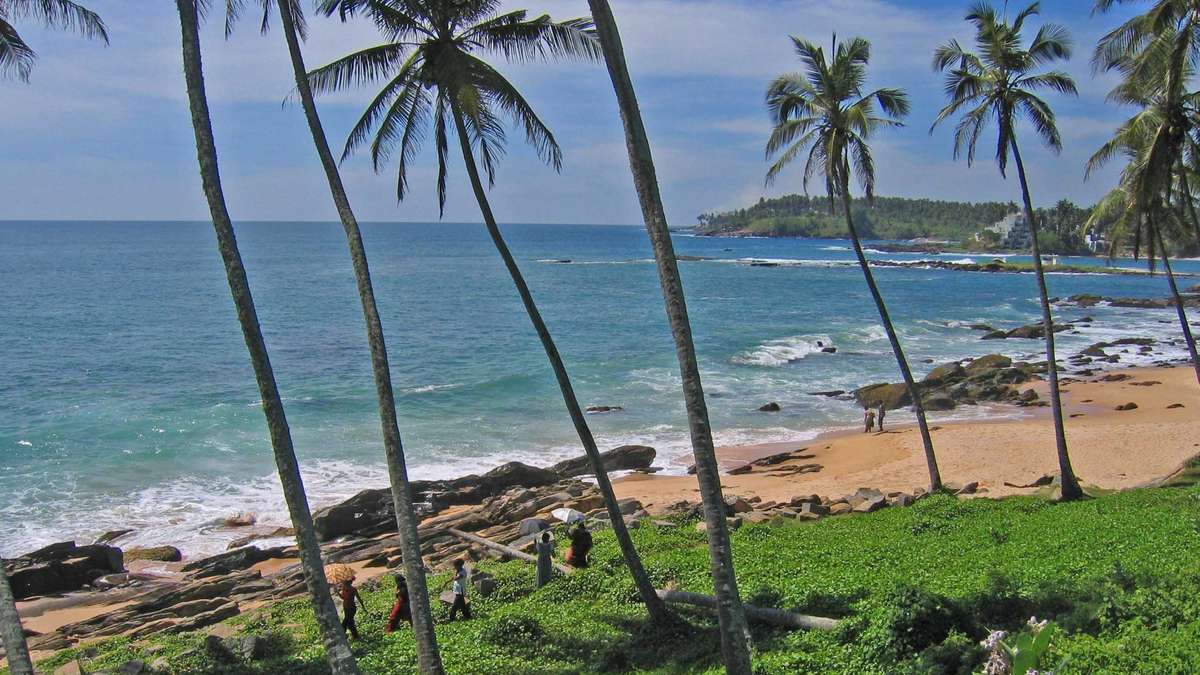 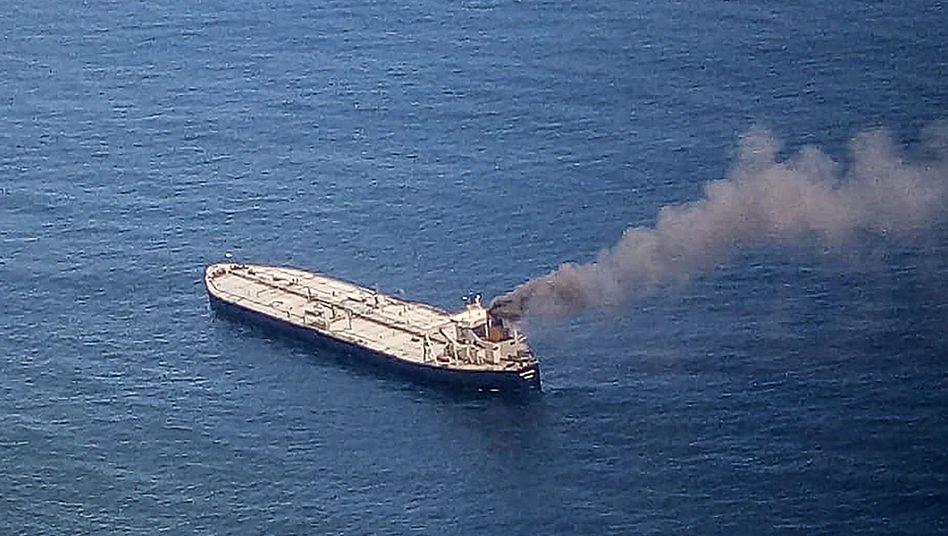 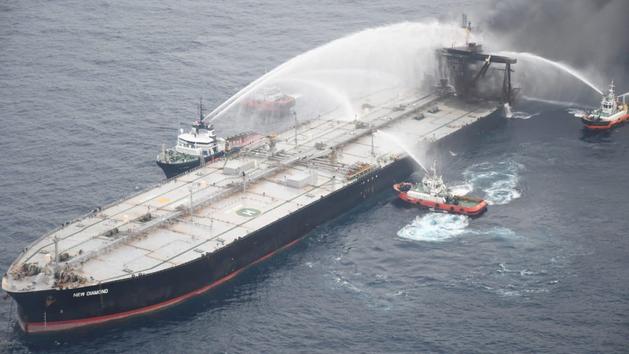 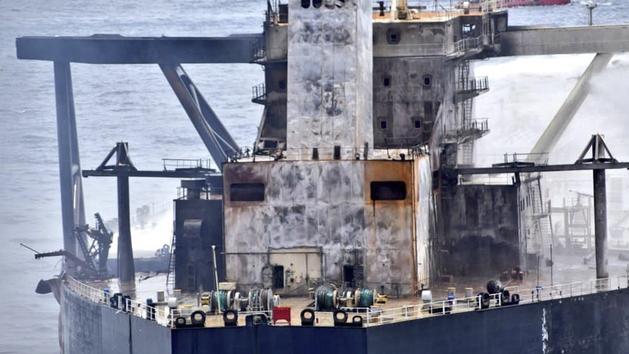 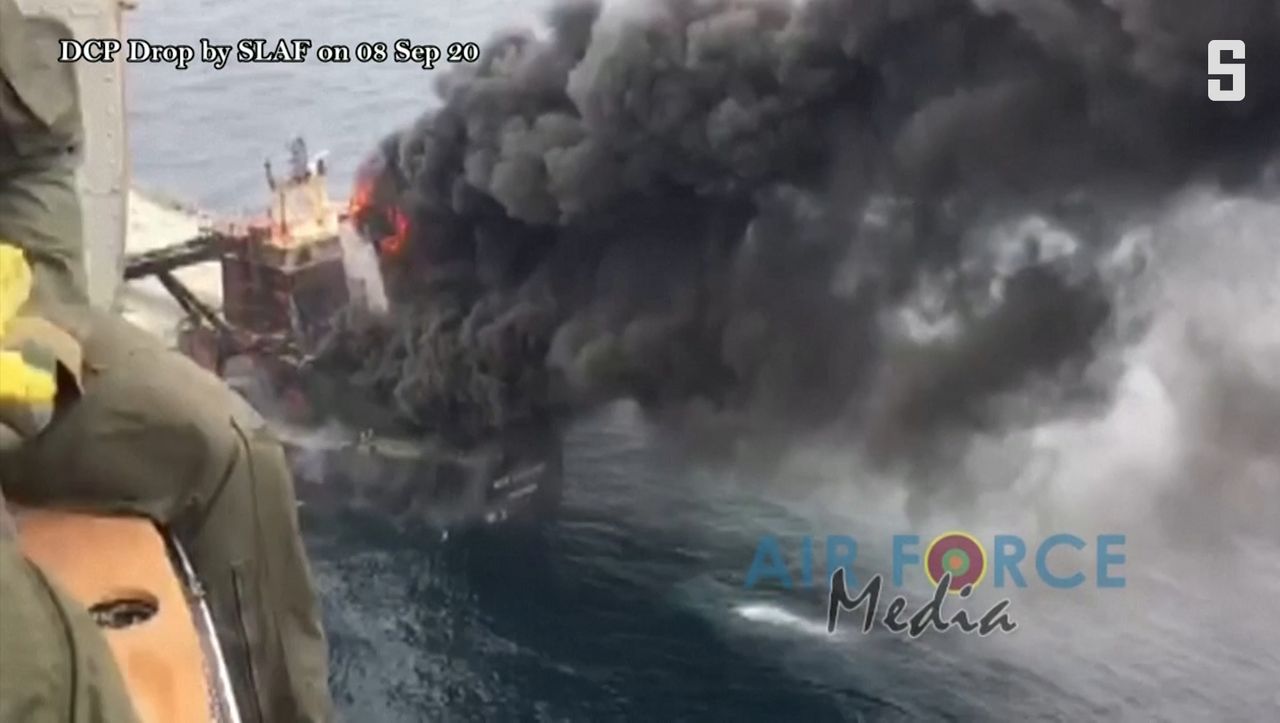 Before Sri-Lanka: fire on oil tankers broke out again 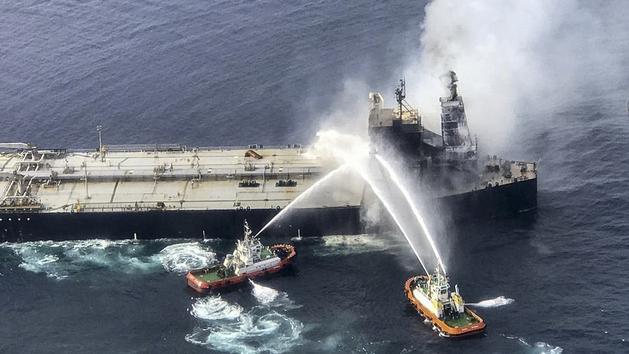 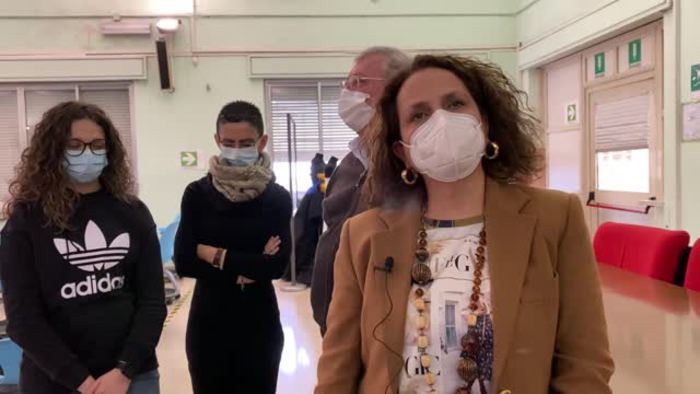 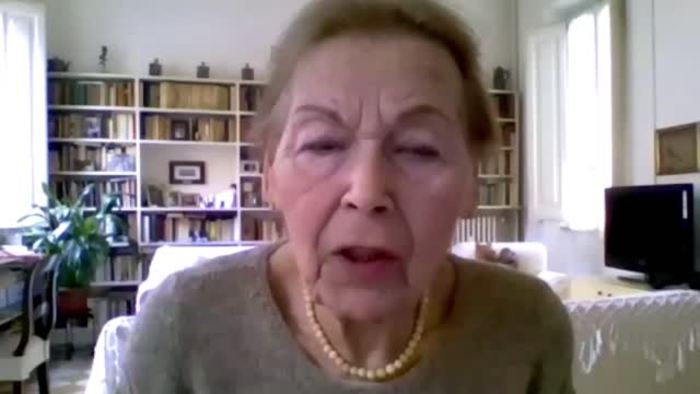 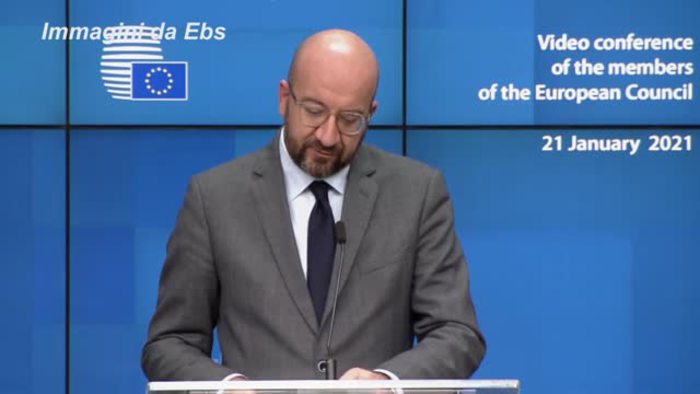 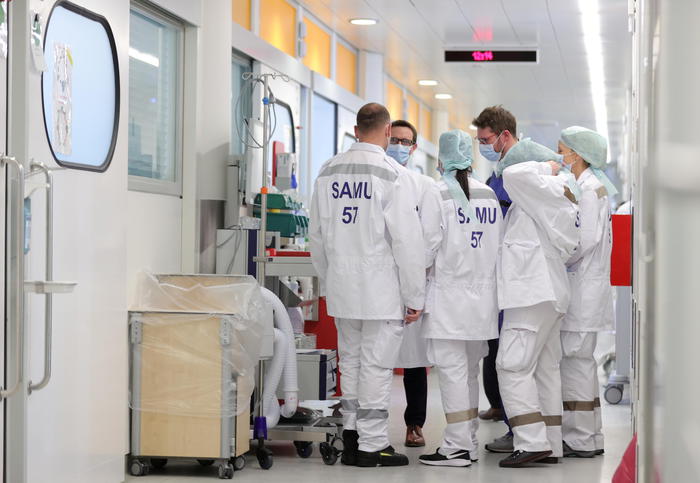 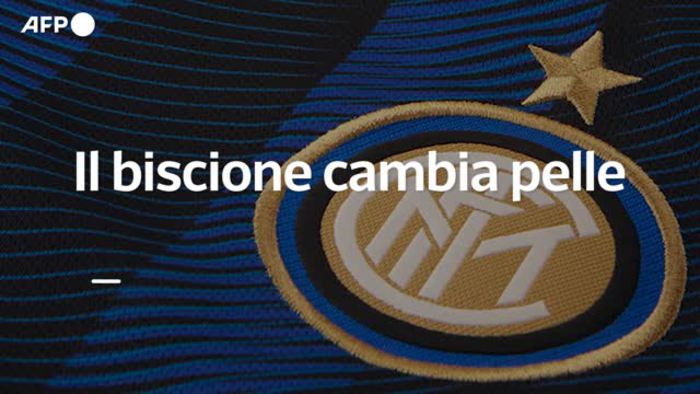 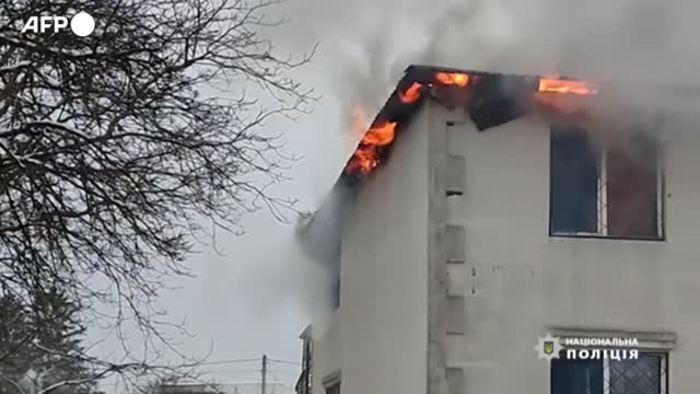 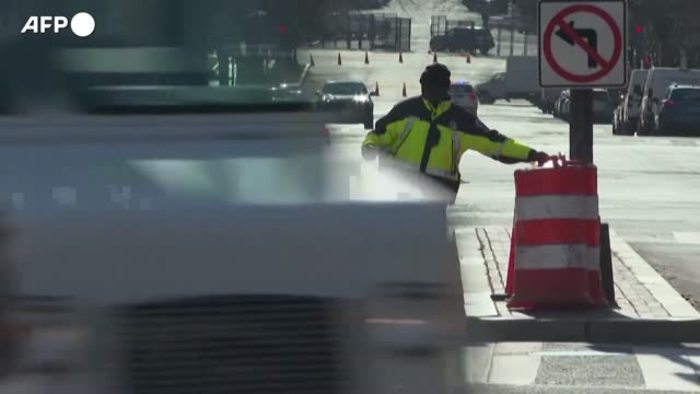 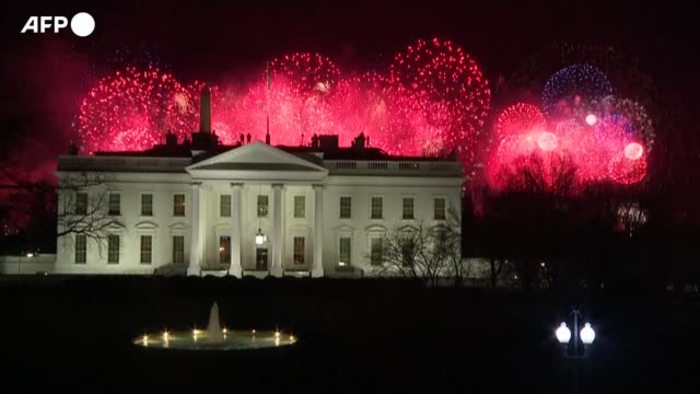