In a market dominated by two groups, only the 10 best-selling books exceed 50,000 copies, according to a confidential report that indicates a 12% drop due to the pandemic 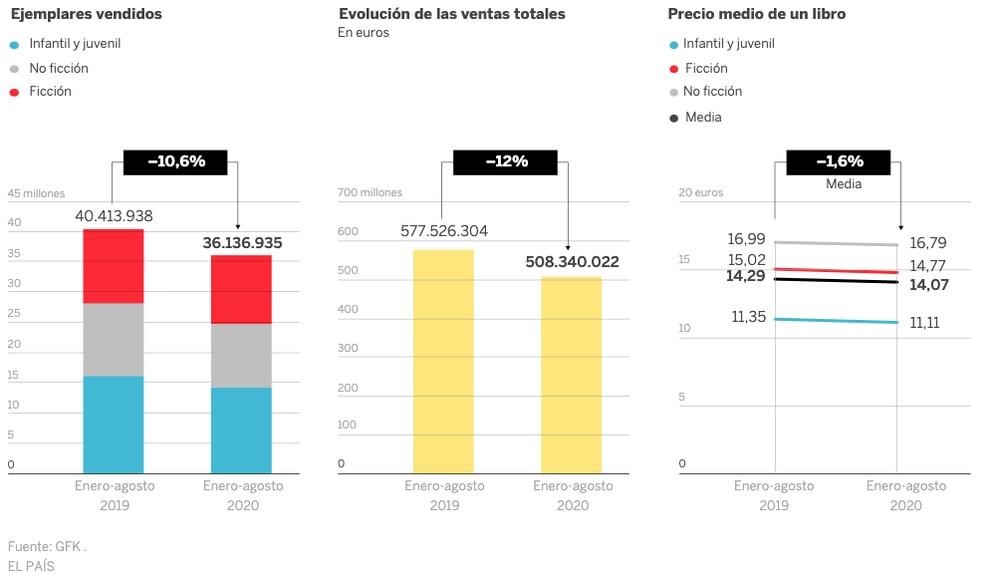 The pandemic has sharpened the dominance of publishing groups.

Among the 60 best-selling titles in Spain from January to August this year, only eight were not published by Penguin Random House, Planeta, Anaya or RBA, with the striking wedge of the essay

by Irene Vallejo (Siruela) in 11th place. If you look only at fiction, of the 130 best sellers, only four were submitted by independent publishers:

by Cristina Morales and

The two giants, Penguin and Planeta, account for 67.36% of the adult fiction market, when last year it was 62.83%, according to data from the latest report from the GFK consultancy that EL PAÍS has had access to.

The publishers keep the market figures of their books sealed under seven keys, sheltering themselves from the difficulty of knowing exactly the copies sold by each of the bookstores.

The GFK consultancy is the only one that has been able to solve the mystery, through a sample of real sales in bookstores of all sizes, including Amazon, and its data offers almost 100% reliability.

The problem is its high cost, more than 50,000 euros, and the confidentiality clause that makes its privileged clients sign.

Hence, your data is the most coveted secret in the industry.

The report indicates a 12% drop in turnover up to August compared to the same period of the previous year, which represents a loss, for the moment, of 70 million euros, although many publishers have suffered a drop of more than 30%.

The cancellation of the day of Sant Jordi in Catalonia (22.6 million are billed) and the Madrid Retiro fair (almost 10 million), plus the closure of bookstores, weighs like a slab.

There are only two books that exceed 100,000 copies sold:

by Joel Dicker, which came out in May and is the first, if the figures from the Spanish (Alfaguara) and Catalan (La Campana) editions are added followed of

These are followed by some of the few novelties that appeared this year:

Episodes of an endless war

by Almudena Grandes (published by Tusquets in February) and

by Elísabet Benavent (Sum of Letters, also a February novelty).

Only the top 10 have more than 50,000 copies, which means that the bestseller lists do not reflect the rich diversity of tastes of the Spanish reader, since the top 10 lists only account for 3% of the market.

Best-selling titles between January and August 2020

3. Episodes of an endless war

7. And Julia challenged the Gods

9. The north face of the heart

2. Easy reading: neither master, nor God, nor husband, nor football game

9. The summer my mother had green eyes

MAXIMUM SALES SINCE ITS LAUNCH

The best-selling box offers a panorama that has little to do with the lists of a decade ago, beyond the fact that, with few exceptions, they coincide in their objective of looking for entertainment without asking many questions.

and the historical novel

, with the emergence of the romantic novel, one of the genres that remained hidden in Spain despite its huge sales and that has left its niche.

If the success of the cycle of

Sagas, series and trilogies abound in the top 50.

Most of the protagonists are independent, strong and decisive women, like the Roman Julia, by Santiago Posteguillo, sagacious and lonely like Antonia Scott, by Gómez-Jurado, or sentimental and in permanent crisis like the twenty-somethings of Benavent, an influencer (@ BetaCoqueta) who claims to be inspired by the singer Dua Lipa and the instagramer Mery Turiel, and whose work, “written as a soap opera”, has already been adapted by Netflix.

If before they were looking for media authors, now they are also looking for Big Data authors.

Popularity is no longer exclusive to television.

Some come from desktop publishing (Javier Castillo, Gómez-Jurado, Eloy Moreno), hide their identity as Carmen Mola or use a pseudonym such as Megan Maxwell (with titles of the tenor

Among these novels and a hodgepodge of self-help books for children,

, the epic of El Cid by Pérez Reverte (

by Yuval Noah Harari (which has already accumulated 295,000 books sold since its publication in 2014 by Debate) and the memoirs of Woody Allen,

Fernando Aramburu is an exceptional case.

(Tusquets) is also the only book that has achieved significant sales in other languages.

Desktop publishing, without experiencing the rise of music or

is consolidating strongly, through companies that charge for publishing books.

Antonio María Ávila, director of the Federation of the Publishers Guild, says that the Retiro Fair had room for 28. Some of them are already number 13 by turnover and have placed real hits.

More than 20 new fictions a day

Reading the statistics is often complex.

The fact that hundreds of new releases were postponed this year triggers the background book, but the new, more expensive one already usually accounted for only a third of the year's sales.

It should also be noted that when talking about the rise of non-fiction, along with essays, political news and feminism (which are still experiencing a real

Of the 82,000 new titles, 7,500 contemporary novels were released last year, including

and science fiction: more than 20 a day.

Similarly, the sincerity of the respondents who set the reading index in Spain must be compared with the fact that it is one of the countries whose population spends less per capita on books: 22 euros compared to 52 in France.

The power of children's books (

by Suzanne Collins) and fantastic literature, with juicy sales,

are also usually left out of the analysis

In the sector, there is a coincidence in ensuring that the figures prior to the 2011 crisis will not be returned. The explanation is multiple.

Not every year they come out super sales, dependence on screens (and their fatigue, which explains the limited success of the

), digital habits in contrast to the analog generation, displacement of the social prestige of the writer due to the popularity of the famous.

The congenital need of human beings to explain themselves through stories is being occupied by soap operas, which, unlike movies, occupy 14 or 15 hours per season, at cheaper subscription prices.

Hence, multinational groups seek to participate in technological control and tend to make the book profitable in all possible formats: physical, electronic, audio, television, transmedia or film to give cultural continuity to the ecosystem before the Amazon empire.

Literary authors, both from independent publishers and from major group labels, are weathering the crisis relatively well.

by Manuel Vilas accumulated sales since its publication by Alfaguara in 2018 of more than 85,000 copies,

Catcher in the Rye

In an essay, Chimamanda Ngozi Adichie (

We should all be feminists

What will not change is that, as has always happened, very few writers can make a living from their work.

Selling 5,000 copies is already a success.

Among the novelties that the pandemic has brought is the consolidation of the purchase of physical books over the Internet, which, according to Carles Revés, editorial director of Planeta, owner of the Casa del Libro, will become a quarter, with many bookstores already They guarantee the delivery of the copy at home the same day of the order, while the enthusiastic network of new and old modernized bookstores guarantees the survival of the bibliodiversity.

In saving the ecosystem, the great groups, independent and booksellers, are united.

Another novelty is that teleworking has strengthened neighborhood bookstores at the expense of those in the center in large cities and that electronic books, according to Penguin sources, have increased piracy through WhatsApp, Telegram and Facebook, something that is already being stopped by messaging platforms and that is one of the battles that publishers have with the immense power of technological platforms.

Revés believes that the drop in billing will end up being around 8-9%.

In the second week of September it was already 10.9%, according to GFK, when in the worst month of confinement, April, it had reached a fall of almost 70% compared to April 2019, thanks to the fact that people You have more time and, if your salary has not been reduced, more savings.

The forecast, if this is possible, is that the disappearance of the red numbers is still far off, even when the second wave of the pandemic does not bring more calamities. 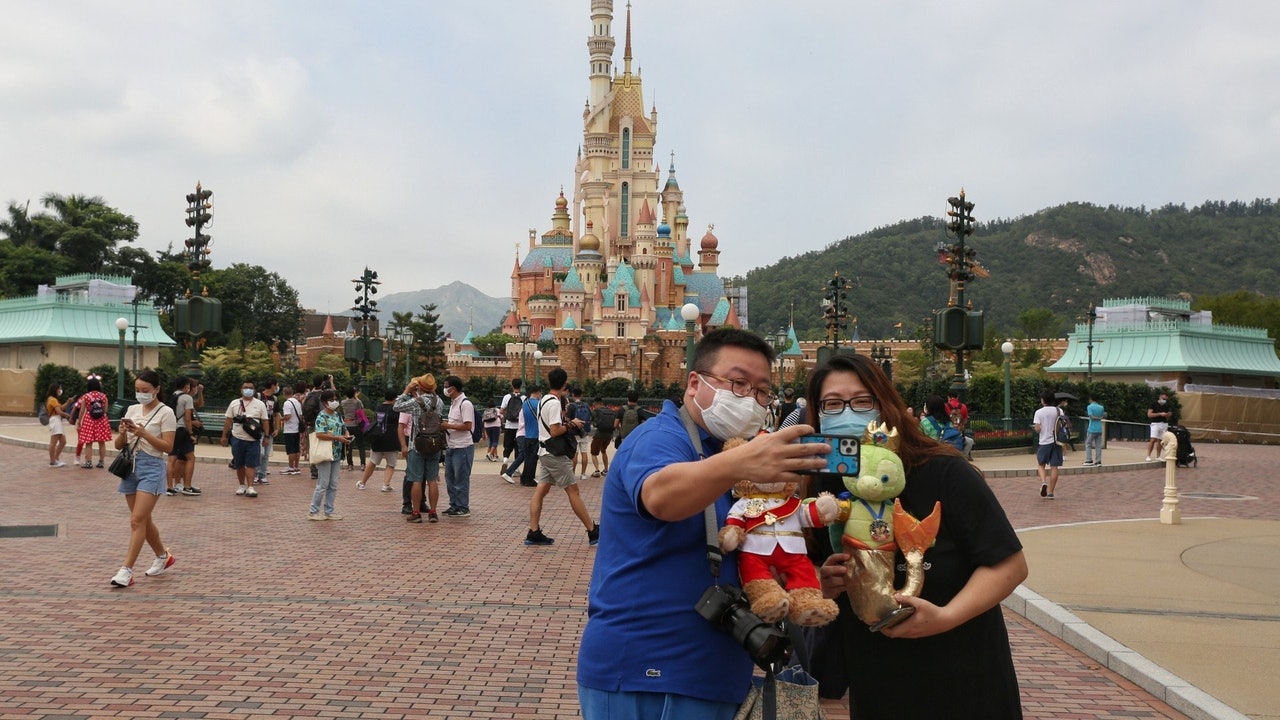 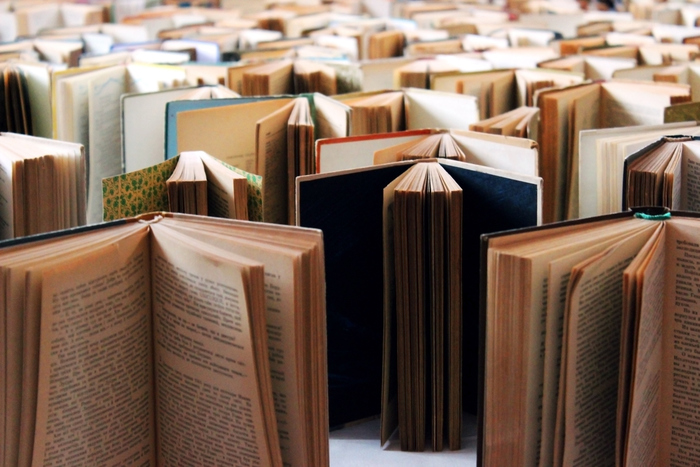 From Levi to Franceschini, here are the ANSA forums dedicated to the world of books 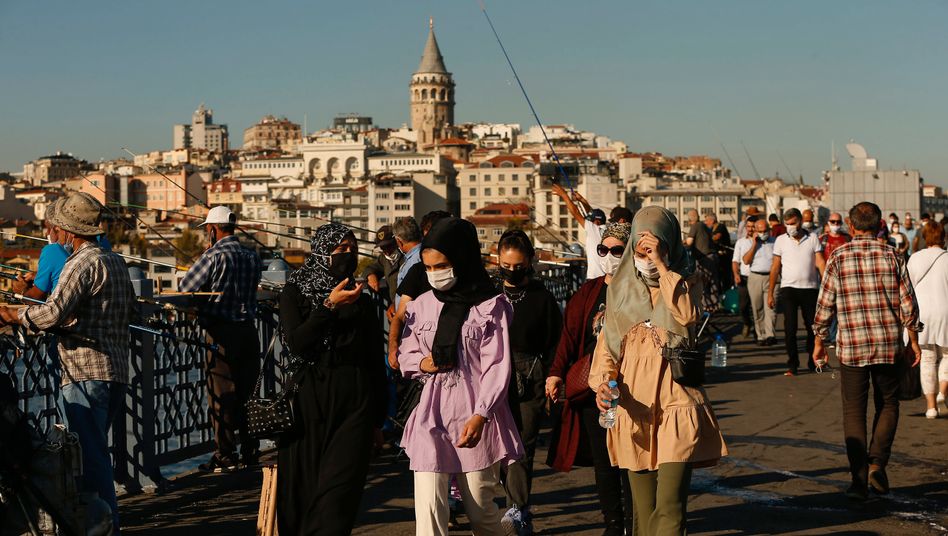 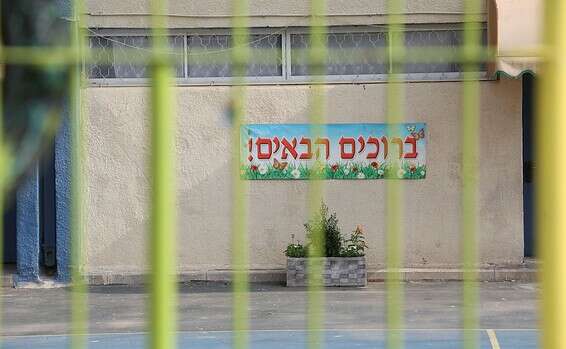 What is being hidden in the Ministry of Education about the corona? | Israel today 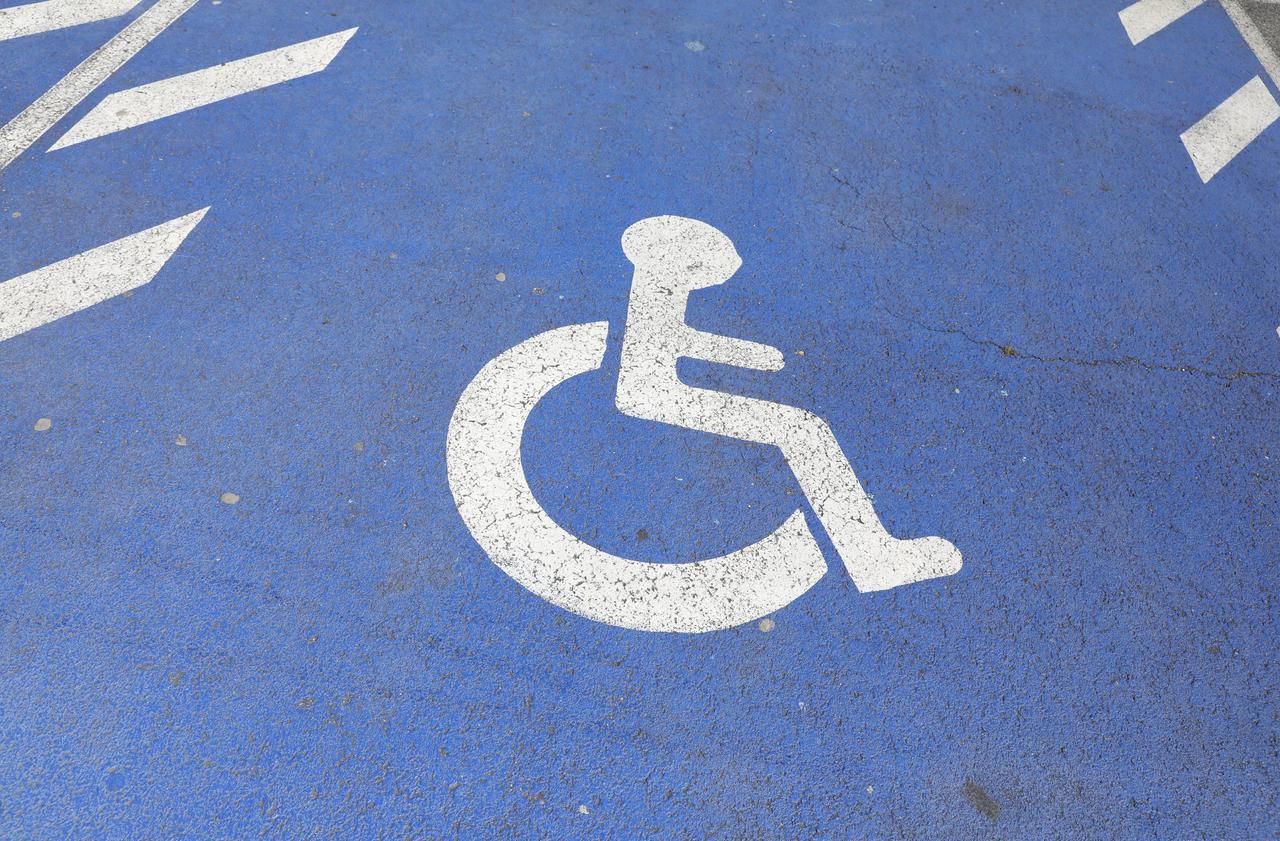 Disability: why such delays in the processing of files? 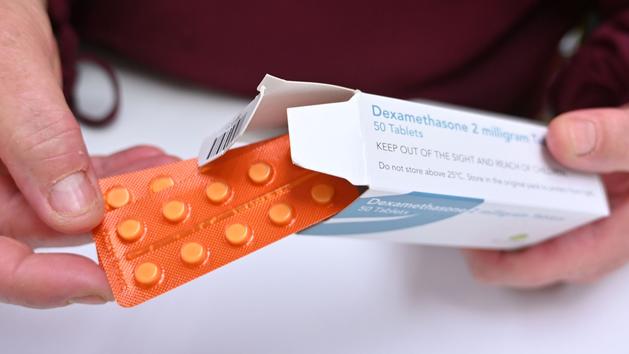 Covid-19: the promises of a corticosteroid in severe cases

Why do you perceive the spicy even if you lose the taste? A strange feeling of those who have covid-19 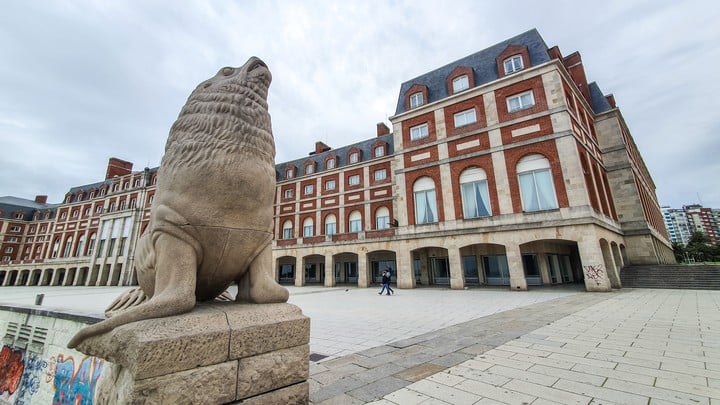 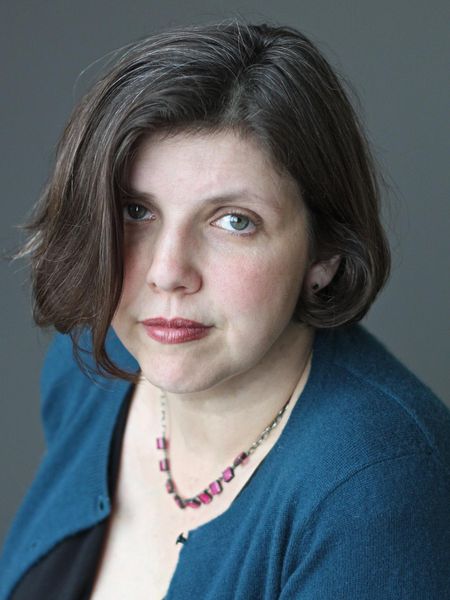 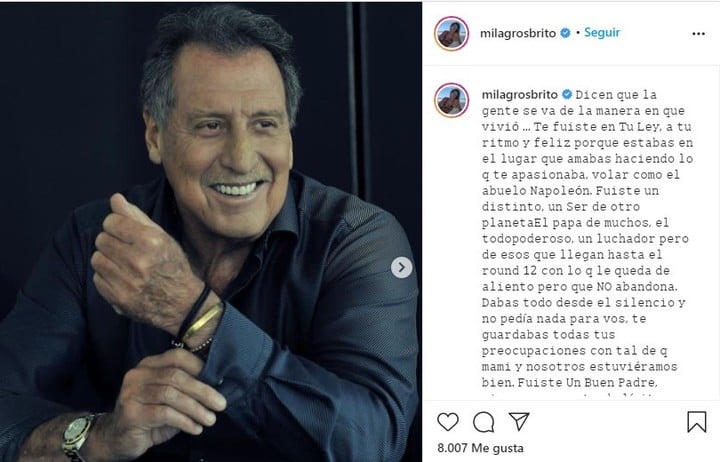 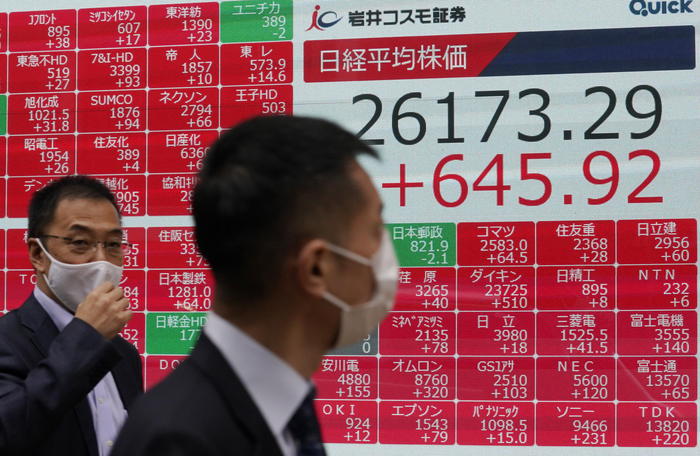 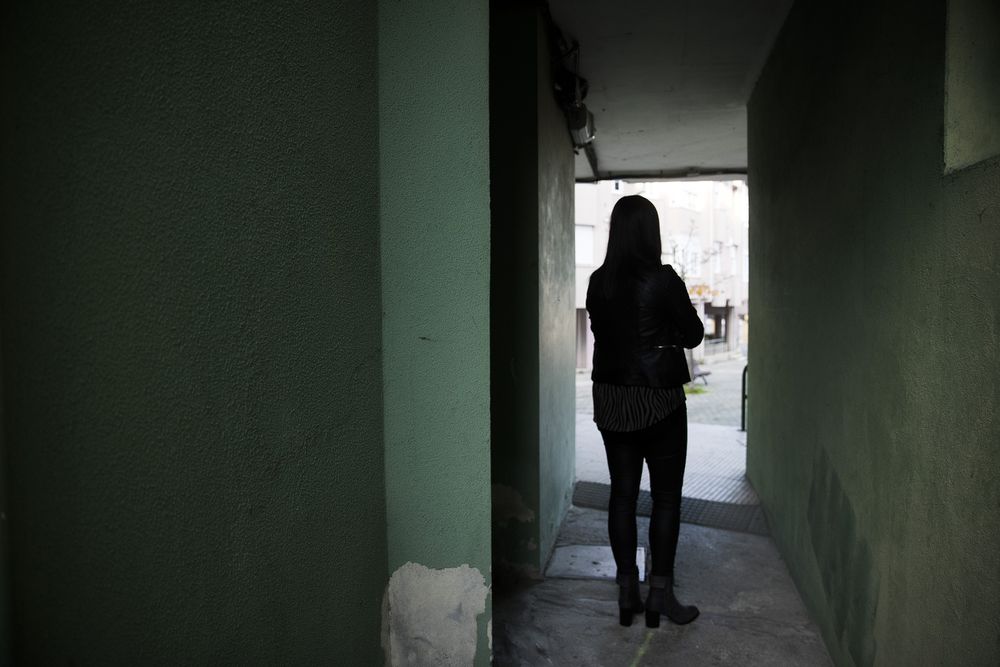 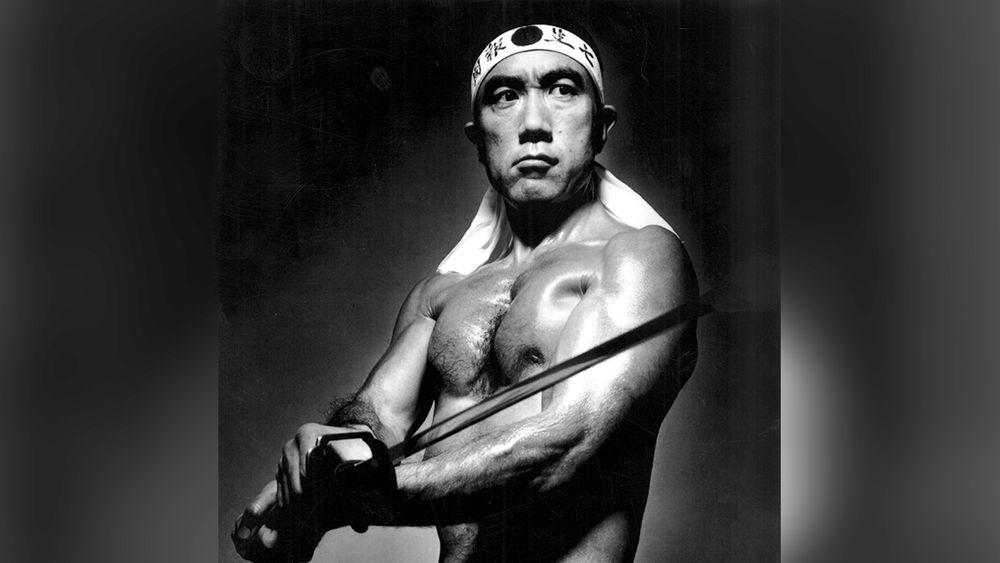