Following the new season of the series "The Crown", the late Princess Diana is back to being the talk of the day. While she is totally a fashion icon, there is one beauty trend that we would not recommend going back to adopt

Following the new season of the series "The Crown", the late Princess Diana is back to being the talk of the day, and as a result - her style is also making a comeback.

While Diana is a fashion icon in her life and death, there is one beauty trend that we would not recommend going back and embracing

The new season of the popular series "The Crown" has brought the late Princess Diana back to being the talk of the day.

Although Diana is considered a fashion icon in her life and death, the repeated preoccupation with her character also revives her style of dress and grooming, and we really did not expect that.

You could say that you're back in fashion some of Princess Diana's clothing styles correspond with the trend of the nineties wave that has been making a crazy comeback in the last year, but you can totally attribute that fact to the series as well.

However, there is one beauty trend that is very much identified with it that raises little concern if it too will make a comeback.

If you ask us, there are things worth leaving in the past.

You've never seen her like this before: the sexy photos of "Princess Diana"

A fashion icon in her life and death.

One of the makeup styles that is very much identified with Princess Diana, especially in the late 80s and early 90s, is the use of a blue pencil in the waterline of the eye, that is - at the bottom, under the eye.

In the colorful and cheerful eighties there were strong trends that spread frantically and even reached the worlds of makeup when the princess was completely among the efforts and even the leaders of the colorful and daring beauty trend.

According to the late make-up artist of the late princess, Mary Greenwell, Diana loved make-up and was not afraid to dare and experiment.

Greenwell told Vogue that "when the princess went out to events, we tried to make her as sparkly and stunning as possible in the spirit of that time."

In another interview with Vogue, Greenwell recreated the glorious days.

"I loved to ash her. She was known for sparkling eyes and flawless skin. Most of the products she used no longer exist, but she loved lipsticks in soft and not bright red colors and to emphasize the eyes."

If you look at old pictures of the princess, you can see that the use of the blue pencil is especially popular with her, and he does her a favor.

It is a pleasant color shot, emphasizes the eyes, brightens the blue color of the pupils and compliments the light facial skin and pinkish blush.

A flattering shot of color.

Princess Diana and the blue pencil in her eyes (Photo: GettyImages)

But things have changed since then.

At the end of the first decade of the 2000s colored eye pencils began to become extinct.

In the second decade the minimalist and natural makeup style has already gained momentum.

What will become popular in the world of makeup is to be made up - without looking like that.

Actresses and models, from fashion productions to bridal makeup - all of them abandoned the strong colors and switched to natural makeup on the purity of the brown scale.

An eye pencil may not be completely extinct, but it is popular today mostly in black, white or brown - or not at all.

Green, blue and purple that were popular in the past are hardly seen in everyday use among women, but in colorful fashion productions which is their essence.

Greenwell, too, in an interview with Vogue, admits that the beauty industry has completely changed since the princess' death.

"What has changed the industry is Instagram," she claims.

"The platform has made a lot of young artists famous. Today anyone can go on YouTube and learn different ways to put on makeup. The beauty has completely exploded on Instagram. There is a wider range of colors, textures and of course dedicated makeup for black women, which is wonderful."

Indeed, it can be seen that the birth of beauticians made the makeup industry accessible and made the use of makeup everyday and easier to use.

With the rising popularity of the new season in the series "The Crown" in which the character of Princess Diana is present on screen, we have the fear that the use of the blue pencil will once again be trendy and popular.

Although it was very flattering for Princess Diana, it seems to be an old-fashioned trend that no longer fits the spirit of the time.

Just to mention the last seven nude face trends are gaining momentum - more and more famous women are sharing pictures of themselves without makeup as part of a "self-love" trend, and of crushing the unattainable and impossible ideal of beauty - and we really like that.

So while color is a happy thing when it comes to makeup, it is actually a happier self-acceptance.

There are trends that the princess loved that should be revived and there are some that can be given up.

We are totally in favor of natural and clean makeup these days.

Princess Diana and the Blue Makeup in Dubai, 1989 (Photo: GettyImages) 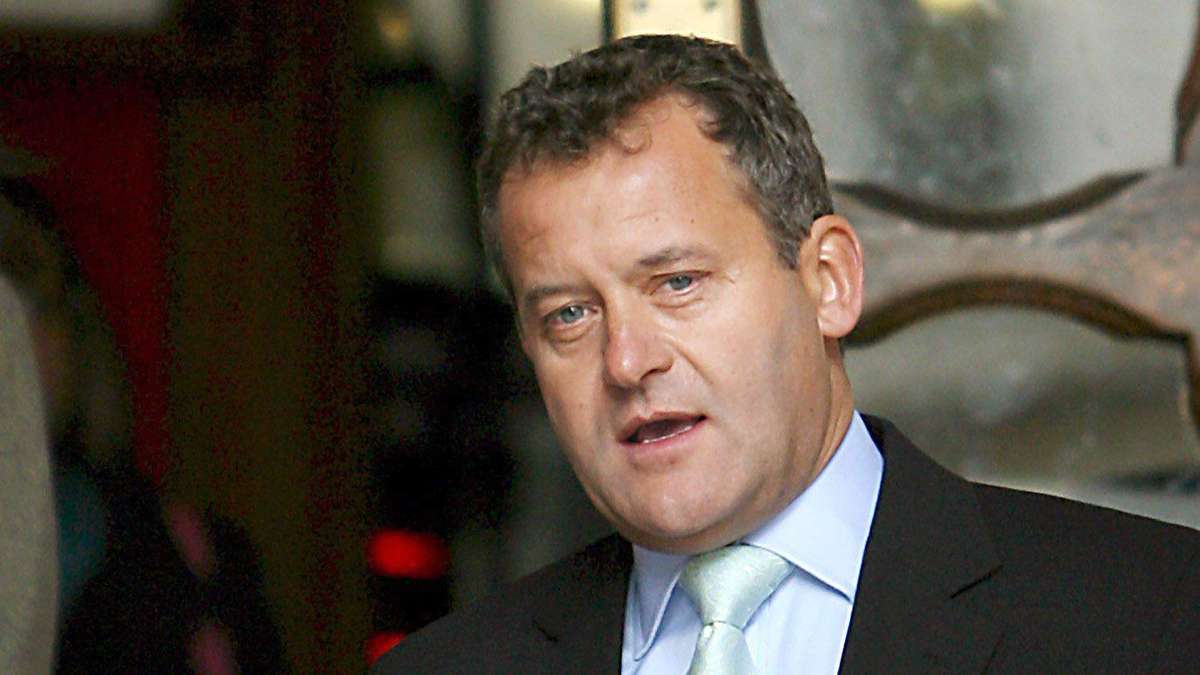 What did Megan Merkel wear to the revealing interview with Oprah Winfrey? - Walla! Fashion

Ugly, but with a twist: The Crocs are back and big - Walla! Fashion 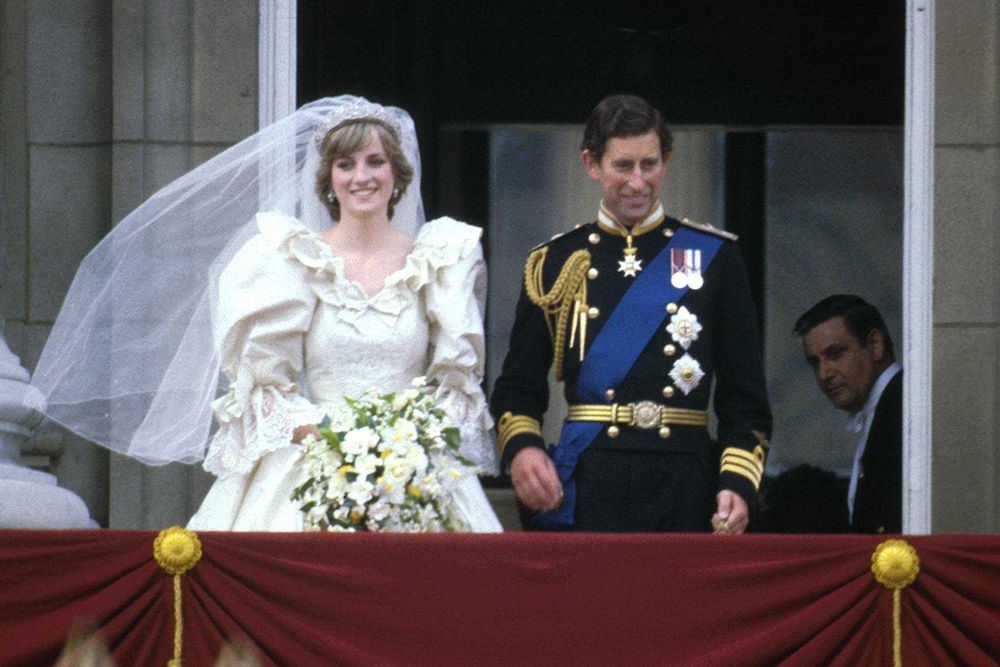 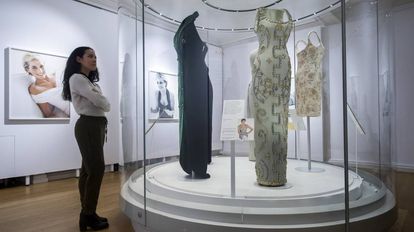 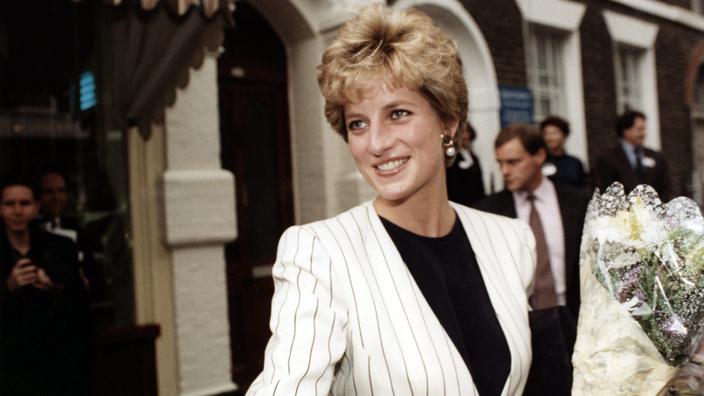