| health Ahead of the cabinet meeting and against the background of rising morbidity and fears of the British mutation, the Ministry of Health is hardening the tone • Minister Edelstein: "We missed the tight restraint train - there is no full locksmith" Due to the continuing rise in morbidity, the Ministry of Health is demanding an immediate transition to a full closure, including the closure of commerce 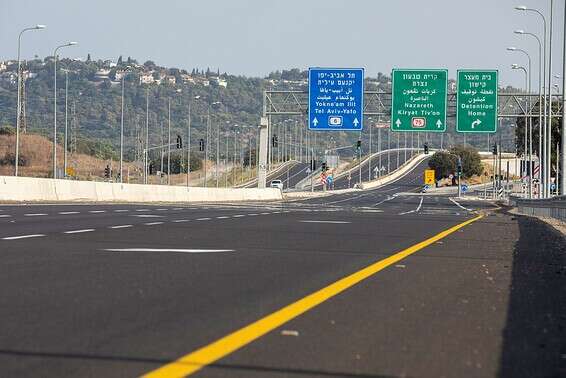 Ahead of the cabinet meeting and against the background of rising morbidity and fears of the British mutation, the Ministry of Health is hardening the tone • Minister Edelstein: "We missed the tight restraint train - there is no full locksmith"

Due to the continuing rise in morbidity, the Ministry of Health is demanding an immediate transition to a full closure, including the closure of commerce and the education system.

According to the outline of the Ministry of Health, which was prepared for the cabinet meeting that will convene today (Wednesday), this is a closure that includes traffic restrictions for 25 days, from this coming Sunday.

However, at the current cabinet meeting some of the ministers are seeking to continue the activities of the kindergartens and lower classes in the green and yellow localities.

Prime Minister Netanyahu at the end of the Corona Cabinet meeting, on Sunday // Photo: GPO

"We missed the tight restraint train - there is no locksmith," said Health Minister Yuli Edelstein during a visit to the Mediterranean Towers in Ganei Tikva, where he met with the first vaccinated as part of the "Magen Avot VeIhmot" project, where MDA stores in seniors' homes and homes. "The Ministry of Health is working hard to further accelerate vaccinations," Edelstein added. "The goal is to reach more than 60,000 vaccinators a day.

We have reached more than 5% in the verified rate, and the infection coefficient today stands at 1.3.

It can be declared in a completely non-festive way - we are in the third wave of the Corona. "

The average number of people infected last week was 2,863.

This will cross the red line of 2,500 infected people a day, which, according to the cabinet's decision, will require more than tight restraint.

A senior Ministry of Health official noted that at a level of about 5,000 infected per day, the exit time from a locksmith could take about five weeks.

The senior official also said that as a lesson from the exit from the second quarantine, a threshold of 1,000 infected per day will be set this time instead of 2,000, as was the case in October.

The Armed Forces warns that without further drastic containment measures, and based on the current rate of spread, the 10,000-infected threshold will be crossed by mid-January.

According to the morbidity data published last night by the Ministry of Health, an additional 3,730 verified patients were diagnosed on Monday in 93,772 tests.

It should be noted that this is a peak in laboratory tests, and Israel is approaching the maximum capacity of the laboratories - 100,000 tests per day.

There was also a large increase in the number of active patients, and in less than two weeks it almost tripled.

According to the data, there are 27,551 active patients in Israel.

The hospitals hospitalize 861 patients, including 499 in critical condition, 116 respirators, and 161 whose condition is defined as moderate.

In addition, it was reported that there are 2,712 verified and isolated health staff members.

Meanwhile, against the background of Edelstein's statement about a possible walk to the closure, many Israelis tried to find flights at the last minute to get to Israel before the entry into force of the isolation obligation in hotels.

On Sunday this week, Ural took off abroad, during which it was updated on the Corona Cabinet's decision to oblige returnees to isolation in hotels. "We tried to get flights and were unsuccessful," he said. "They called us surprisingly while we were on a desert trip and could not get to the airport immediately.

"After a lot of pressure and drama, we were informed that we would board a flight with which we would arrive in Israel two hours before the obligation to insulate in a motel begins, so that we would at least pass the insulation at home."

Inbar Adin, a tourism blogger, went to Dubai to review the hotels and attractions there for the Israeli audience.

"I have been here for three weeks and when I heard that Israel was entering a closure, I decided to stay," she said.

"In Dubai, they manage to live with the corona - they are very strict about the strict guidelines and still open the trade."

Or Elkayam and Daria Yoprov also flew to Dubai knowing it was a green destination.

After some deliberation, the two decided not to advance the return flight.

"We stay here by choice. Everything here is very safe, everywhere hands are disinfected, masks are put on, and those without a mask are fined," Elkayam said.

Photographer Yossi Rosenbaum was invited about a month ago to document a wedding that was to take place this week in Dubai.

"The tickets were ordered, the visa was issued, the excitement and adrenaline were sky high - and then it was decided that everyone returning from abroad went into isolation," he said. "The energies dropped to the floor, and I canceled the tickets.

It should be understood that the airlines are also in a difficult situation after half a year of a complete shutdown. "

Edelstein: "The unfortunate decision to hold the studies will extend the closure" - Walla! news

To reduce traffic congestion: The checkpoints will operate in a tiered format tomorrow - Walla! news 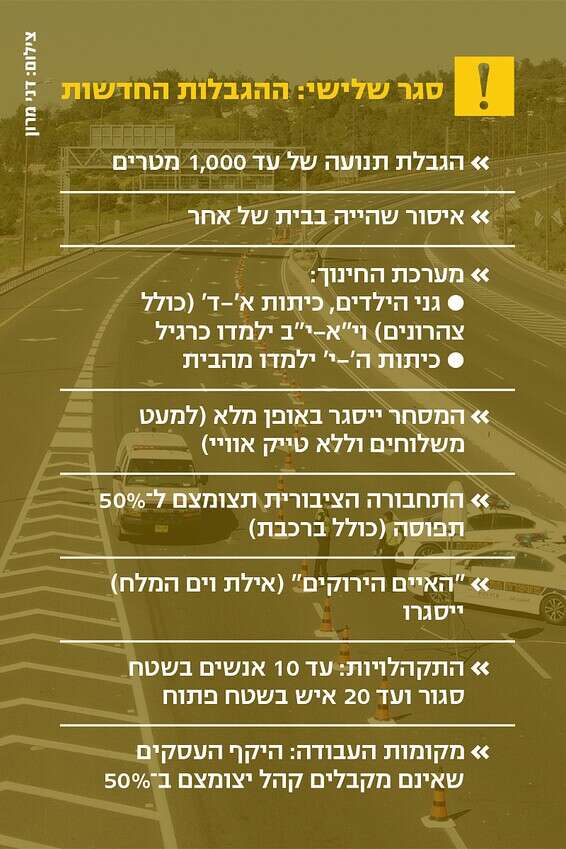 Just before the closure: 2,630 people were diagnosed yesterday as verified to Corona, close to 600 patients in critical condition | Israel today

After raising fines: The government will discuss extending the closure - Walla! news