Pandemic forces, the troupe of forty artists will perform this year without spectators. On the theme "Beside you", the sho

An exceptional year and a funny atmosphere.

Covid obliges, the traditional Enfoirés concert for the benefit of Restos de cœur will be played without an audience.

It is in Lyon (Rhône) that the artists - around forty - put their bags down for 5 days and live behind closed doors to prepare the show which will be broadcast in March on TF1.

In the immense Halle Tony-Garnier in the capital of Gaul, on Saturday, a real anthill is active.

Unlike the previous editions, no filming under live conditions but sequences recorded one after the other.

In a family atmosphere, the personalities follow one another.

And only remove their masks to sing or play.

This year, the show around the theme "Beside you" had to reinvent itself to make up for the absence of spectators.

Among the 26 paintings and 12 sketches selected, “Paris-Seychelles” by Christophe Maé.

The song is taken over by Zazie, Claire Keim, Christophe Willem and Jean-Louis Aubert, all costumed as in the Roaring Twenties and joined by ten of their comrades.

Les Restos du cœur have never been so popular

“We favored paintings with a lot of singers to bring the most human warmth.

We wanted to put emotion and proximity at the heart of the show, ”insists Sophie Bazou, the sparkling head of the Enfoirés in the Restaurants.

And to recall the epic, sometimes even painful, preparation of the show.

“We considered everything, we studied all the hypotheses.

Except that of canceling, ”she insists.

Without the sale of concert tickets, the shortfall amounts to more than 4 million euros for the association created by Coluche.

A drop in revenue that is difficult to digest while with the crisis and the pandemic, the Restos du cœur have never been so in demand.

Hence the importance of the Enfoirés, who also generate sales of DVDs and CDs.

“The artists are all there, they have accepted being isolated for 5 days and do not receive a cent.

Without them, the Enfoirés, it doesn't exist.

For Anne Marcassus, artistic director of the show for over 30 years, it is also another challenge to take up.

How to overcome the lack of atmosphere?

Even if she admits "working a little without a net", "the viewer will be at the center of the device and will have a great show despite the lack of audience", she promises.

More things shot behind the scenes

"It's still difficult to have an overview, continues the producer, specifying that" to create the human ", more things will be shot behind the scenes.

Eyes in the Blues

, the documentary at the heart of the French football team during the 1998 World Cup".

Among the novelties unveiled, a “question box” will allow the on-the-spot feedback from artists leaving the stage.

As for the finale, surely the strongest moment of the traditional concerts when the crowd resumes in chorus “Today, we no longer have the right to be hungry or to be cold”, nothing is stopped.

But we are talking about volunteers who, masked, could come and sit on the front of the stage while the singers give their voices ... Under Coluche's gaze.

The artists present on the stage of the Halle Tony-Garnier 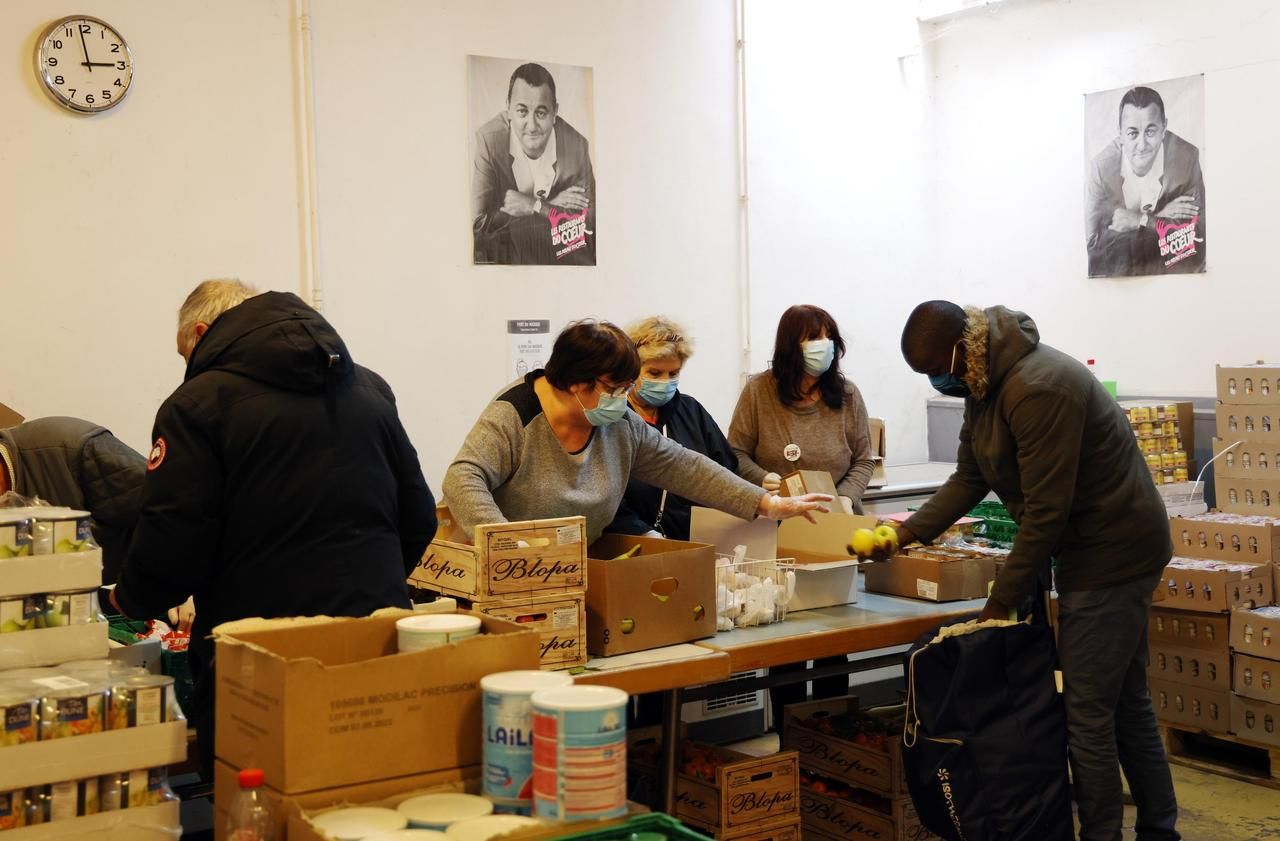 Karabatic, Perec, Onesta ... The world of sport in support of Restos du Cœur 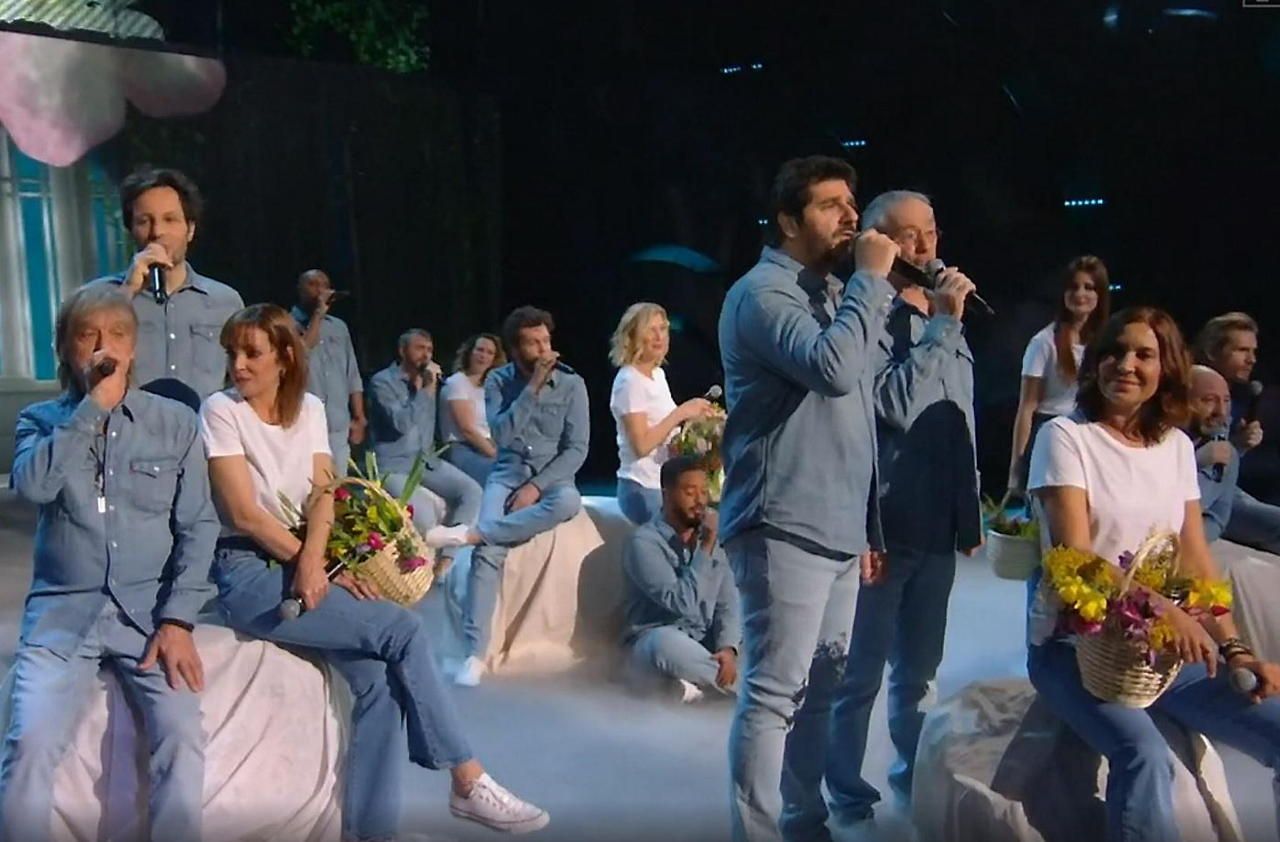 Without an audience, the Enfoirés gave everything on TF1! 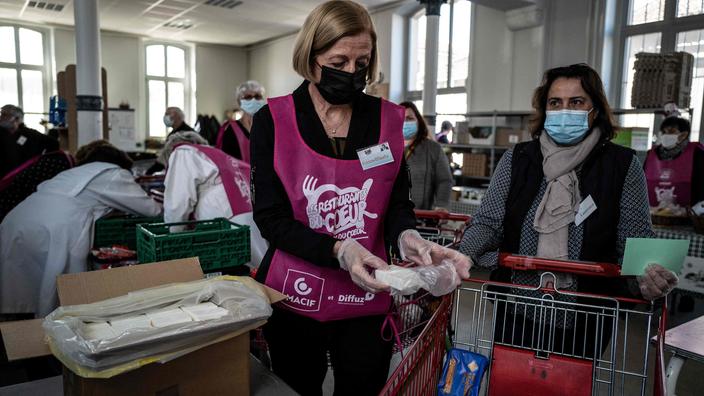 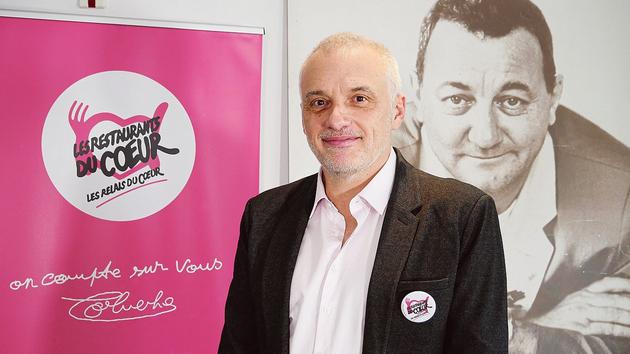 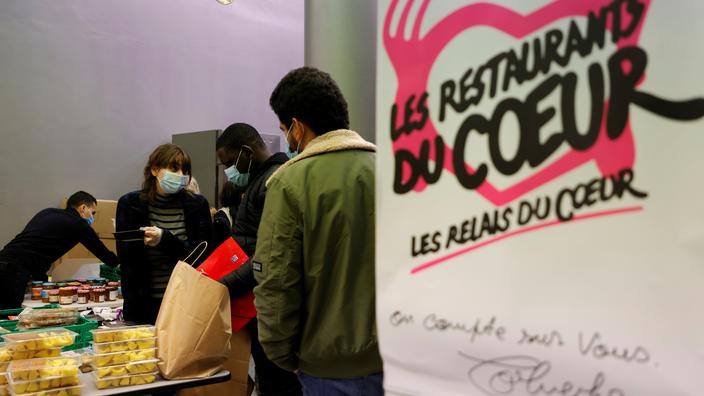 Kick-off of the “vital” national collection of Restos du cœur

"The magic is there": the Enfoirés on TF1, without an audience but with envy