Wasting food is anachronistic. How to throw less and less? 4 #zerowaste tips for fruit and vegetables - Lifestyle

(HANDLE) Wasting food is anachronistic. This is shown by the data fortunately growing in the best practices of Italians who are reducing their waste, as is shown by apps such as To Good to go that connect shops and consumers to eliminate the waste of the day and the pandemic also in this case has revealed a positive accelerator of social change. Well. The goal is to waste less and less and make conscious p 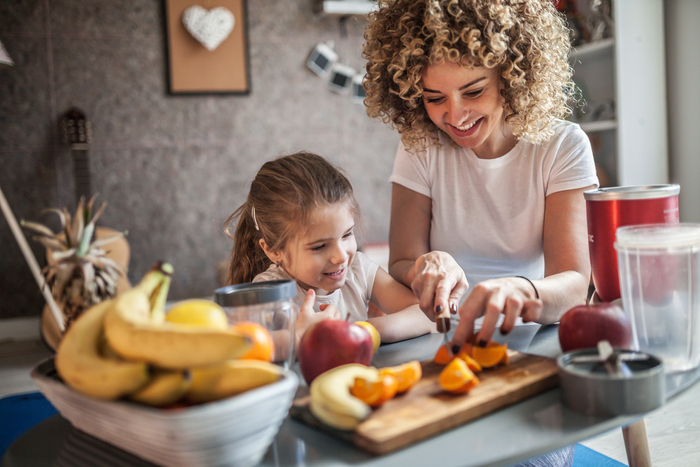 This is shown by the data fortunately growing in the best practices of Italians who are reducing their waste, as is shown by apps such as To Good to go that connect shops and consumers to eliminate the waste of the day and the pandemic also in this case has revealed a positive accelerator of social change.

The goal is to waste less and less and make conscious purchases (of deadlines, family consumption, habits).

Is there a method?

Here are some very useful #zerowaste tips from environmental scientist and anti-waste influencer Lisa Casali, involved in the You can't waste this campaign with Babaco Market, on the occasion of the eighth

which is celebrated on February 5th

# What to eat first?

Plan immediately the order in which to consume fruit and vegetables during the week to prevent them from depleting their phytocompounds content, especially vitamins.

Give priority to green leafy vegetables (salad, chard, chicory, spinach) which can lose up to 70% of their folate content, which is very important for the correct functioning of the nervous system and for cell renewal.

Then make way for the inflorescences: cauliflower, broccoli, artichokes, asparagus and then tomatoes.

Vegetables such as aubergines, peppers, green beans, radishes, fennel, leeks, courgettes, celery, cucumber must then be consumed within 5 days of purchase.

Roots such as celery, turnip and carrots can be left for last.

Fruit also has a different perishable nature, so they should be consumed in the following order: peaches, plums, grapes, persimmons, avocado, melon, kiwi, banana and finally apple, pear and citrus fruit: the highlanders of the fruit bowl.

All parts of fruit and vegetables are good and worthy of being the protagonists of our recipes.

Peels, stems, leaves and pods can help expand the horizons of your cookbook and avoid unnecessarily wasting nutrient- and flavor-rich parts.

It is good to get used to not peeling, not even the vegetables.

The peel of the pumpkin, for example, is very rich in fiber, vitamin C and polyphenols and is totally free of pesticides.

Even the leaves, those of cauliflower, radish and beetroot are excellent if sautéed in a pan with garlic, oil, chilli and other spices;

while those of carrot, beetroot and turnip can give an extra touch to many salads.

Pods can also be satisfying.

When it is season for borlotti beans, peas and broad beans, the pods can be kept aside, if they are very fresh they can be eaten whole.

# Nothing is thrown away from the onion… especially the peel.

Are you from the party who doesn't like the taste of onion?

Then the peels can be of great help because they preserve all the taste, aroma and phyto-components of the onion.

So whenever onions are prepared, the advice is to keep the peel aside, let it dry and add it to your recipes.

If combined with the preparations, at the end of cooking the peel will have released all its properties into the liquid and can be squeezed or the broth can be filtered.

If, on the other hand, you decide to blend it in order to obtain a powder, it can be used as a spice to flavor roasts, sauces, stuffed vegetables and many other dishes.

# Broccoli, Beyond the Buds

It is often thought that broccoli stalks are inedible.

In reality they are instead an inexhaustible source of various recipes and allow you to make the most of your purchases.

For example, if you wanted to experiment by cooking orecchiette with broccoli, the trick is to dedicate a few more minutes to cut even the most fibrous parts of the stem into regular cubes: cooking they will become tender and make the first one richer.

If, on the other hand, you used the tops to prepare a vegetable cous-cous - to do this, just grate them or put them in a food processor and then season with oil, spices, lemon juice, chopped almonds - keeping the stems aside for another recipe.

There are many dishes that can be made with the stem - unless the broccoli is very fresh - the advice is to peel it in the most leathery parts.

For example, you can make a carpaccio by cutting it into thin slices with the help of a mandolin.

Zero waste objective THE CAUSES OF WASTE, THE STRATEGIES TO PREVENT IT AT HOME

But why is it wasted at home?

Above all, we forget about foods close to expiry, which deteriorate (46%), but sometimes it happens that the fruit and vegetables purchased were already on the verge of perishable (42%) and the foods sold were already old (31%).

But it is also admitted to buy too much (29%) and have miscalculated the food that was served (28%).

And what are the consequences of waste?

In recent months, Italians have been looking first and foremost at the cost of waste, the first negative impact of food thrown away for 85% of the interviewees.

But immediately after the thought goes to the bad example towards young people and children (84%) and the immorality of this behavior (83%), then we think about the waste of vital resources (80%) and the consequences in terms of environmental impact and pollution (77%).

When it comes to food waste, has the pandemic made us better or worse?

"He forced us to take an accelerated course in home economics and food education," says

the agronomist and economist Andrea Segrè

in a dialogue on Famiglia Cristiana.

“I am speaking, of course, for the majority of Italians who have been able to afford to buy food.

Shut up at home, we made better use of the refrigerator to store food, a more rational shopping at the supermarket, we started cooking even with leftovers.

We used the three r's of reduction, recycling and reuse limiting the economy of the superfluous and the harmful.

A conversion that was already underway, but which accelerated ».

Year after year awareness is growing on the inestimable value of the fight against food waste to actively contribute to the protection of the planet, in fact every ton of wasted food is responsible for 4.5 tons of CO2 released into the environment.

This growing sensitivity has also led to important achievements in our country:

in the course of 2020, 54% of Italians in fact reduced or even canceled food waste, using strategies ranging from the rediscovery of leftovers in the kitchen to greater attention to the date of deadline, up to zero-kilometer shopping

Food waste does not depend only on the attention and propensity of consumers to guarantee the maximum yield of the food purchased, this originates even before the food reaches our tables.

As much as 14% of the world harvest, tons and tons of fruit and vegetables, is lost even before reaching the market because it does not comply with the aesthetic standards imposed by the distribution channels or because it suffers damage during the journey between the field and the sale. or because it is not carefully stored.

, the 100% made in Italy delivery of out of the ordinary fruit and vegetables that fights the waste that originates from the field to the market, has recovered over

40 tons of ugly but good fruit and vegetables

that risked going wasted due to 'physical defects'.

Wasting food is anachronistic. How to throw less and less? 4 #zerowaste tips for fruit and vegetables - Lifestyle Sugar-free diet: this is how life works without sugar 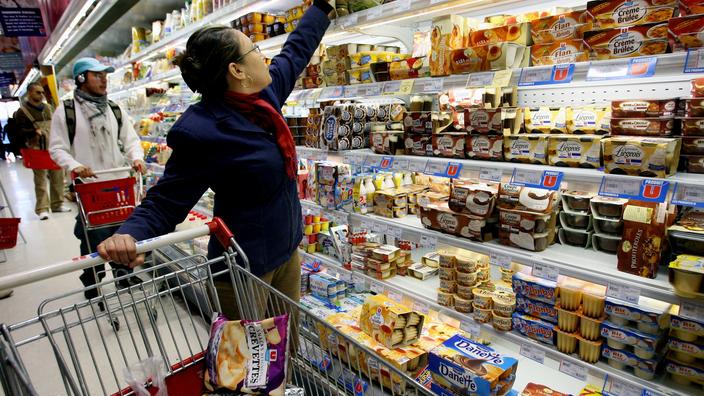 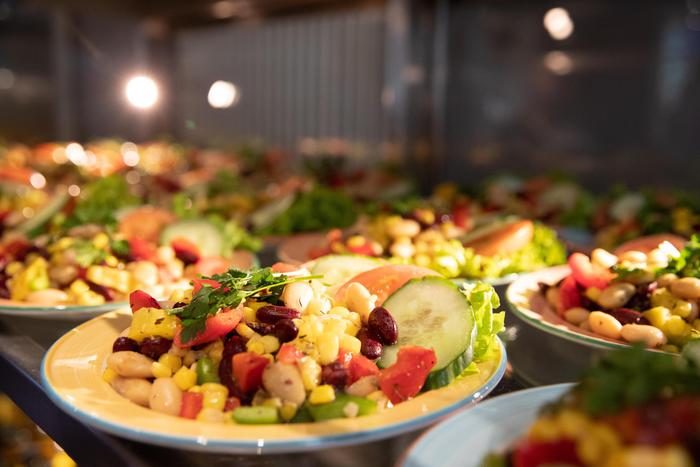 Food delivery, the rules for a correct diet arrive 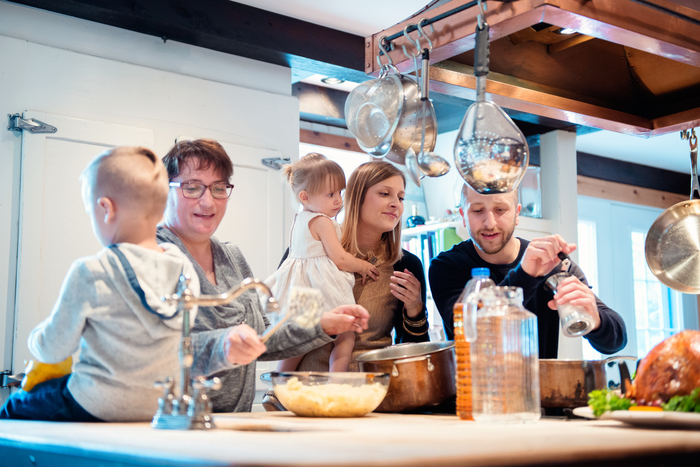 Health: losing weight at any age is possible! 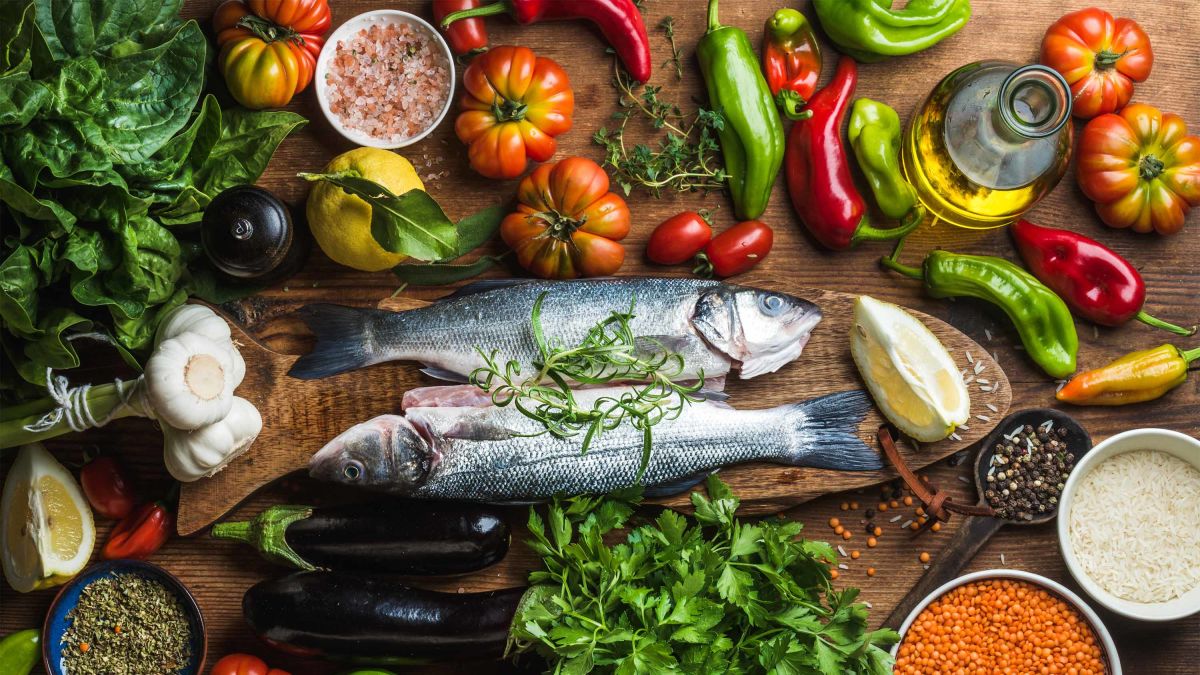 The Mediterranean diet was named the best for 2021