He fell off a horse while playing with friends, near La Plata, and suffered broken three ribs. He will spend the night hospitalized. 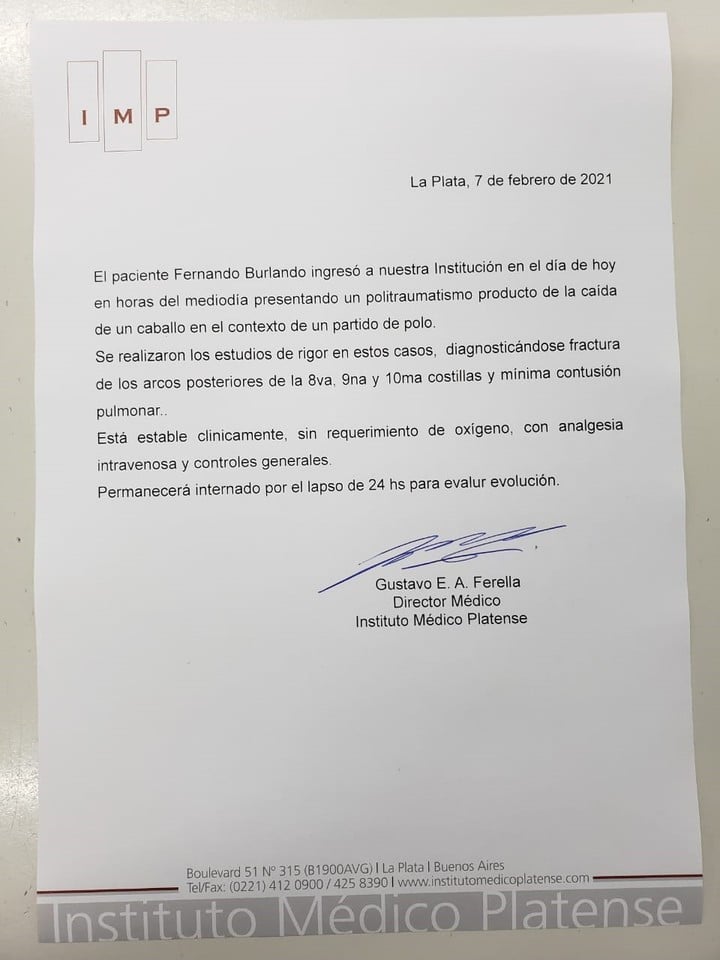 As soon as the news broke, there was an alarm.

It was said from his own environment that the media lawyer Fernando Burlando was in "really bad health", with fractures and in a "delicate" state after falling from his horse while playing polo.

But with the passing of the minutes, everything became clearer and the panorama, in reality, was not of the gravity they feared.

"Okay, there is a rib fracture, but

one of the partners in his study, Fabián Améndola

In the medical part of the Platense Medical Institute (IMP), it was reported that the patient "will remain hospitalized for a period of 24 hours to evaluate evolution."

"Rigorous studies were carried out in these cases, diagnosing

fracture of the posterior arches of the 8th, 9th and 10th ribs

And he added: "He is clinically stable, without oxygen requirement, with intravenous analgesia and general controls."

The accident was recorded this Sunday when Burlando, 56, played a polo match with friends in the country Haras del Sur IV, located at kilometer 68 of Route 2, near La Plata, on a regular date with one of your favorite hobbies.

The medical report of the Platense Medical Institute (IMP) on Fernando Burlando.

He said that Bárbara Franco, from whom he had distanced himself some time ago, was with him and wrote: "Thank God it's not serious."

The lawyer of Fernando Báez Sosa's parents, murdered by a rugby gang on January 18, 2019 in Villa Gesell, was transferred to the Platense Medical Institute (IMP), in the provincial capital.

The sources consulted by

indicated that a computed tomography scan was performed and

Subsequent ultrasounds and analyzes were normal.

After being admitted to the La Plata clinic, Burlando "asked to be referred to the Mater Dei Sanatorium" in the City of Buenos Aires.

But ultimately this was ruled out.

An ambulance came to treat him and when the doctors - accomplices of the scheme - used the defibrillator, the lawyer asked "Barby" Franco to marry him.

If I came back to life it's because we have to get married,

" he joked, after which he gave her the ring.

After the "scare", the model published a photo of the moment in an Instagram story: "

Love, everything will be fine !!! Don't die ... it will continue

Burlando, 56, played with friends in a country club in La Plata.

With information from La Plata Correspondent

Tartu sent Barby Franco to the front, whitewashed an alleged hoax and left her speechless 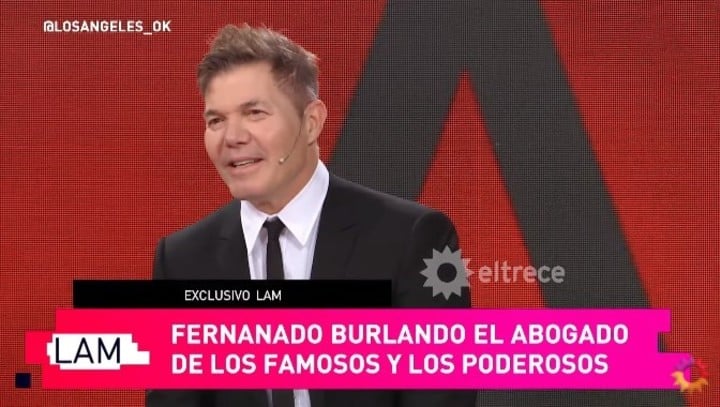 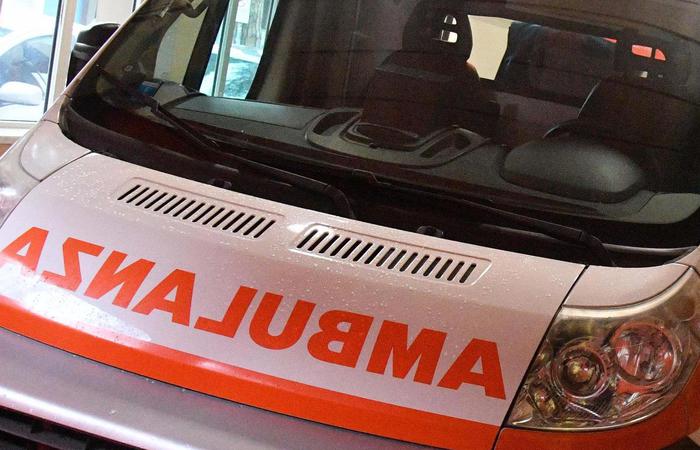 An owl hits him and a motorcyclist dies 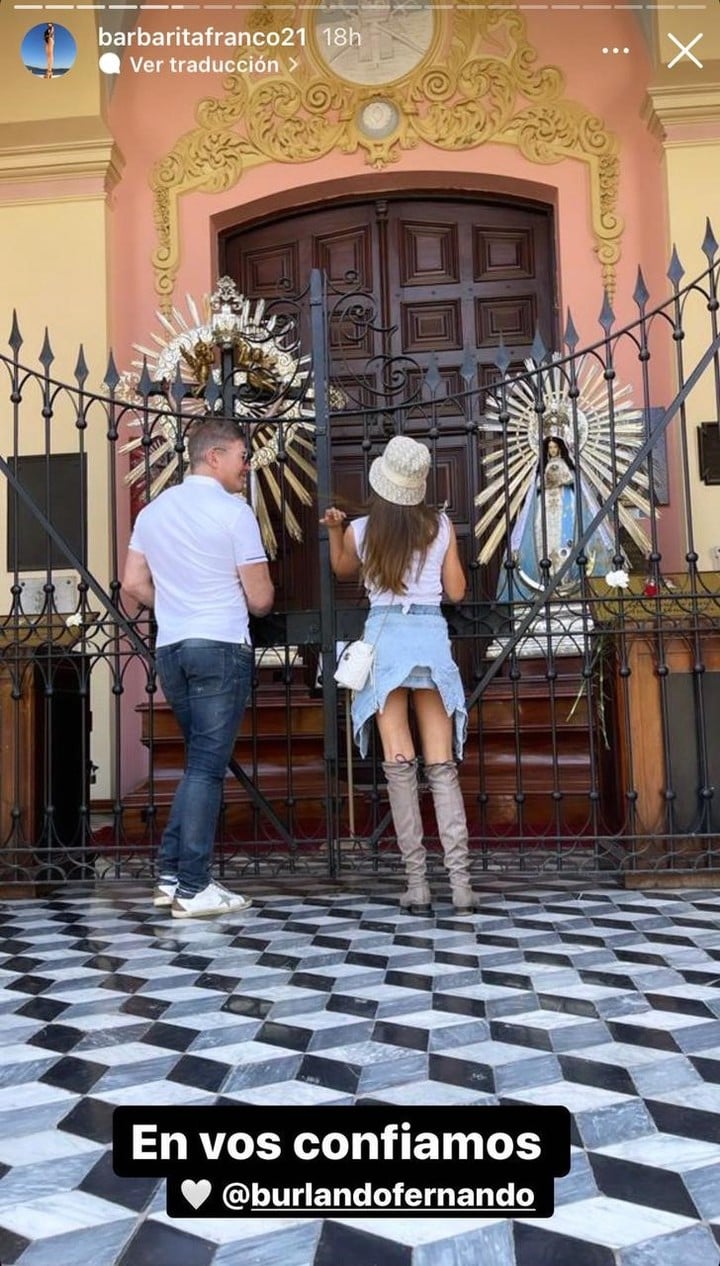 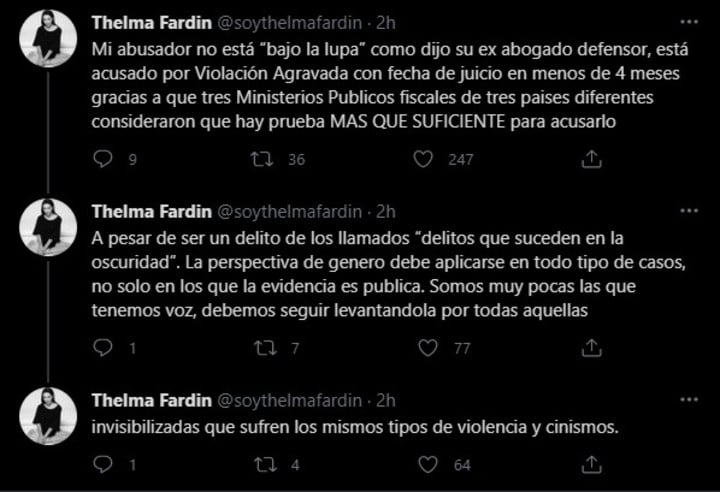 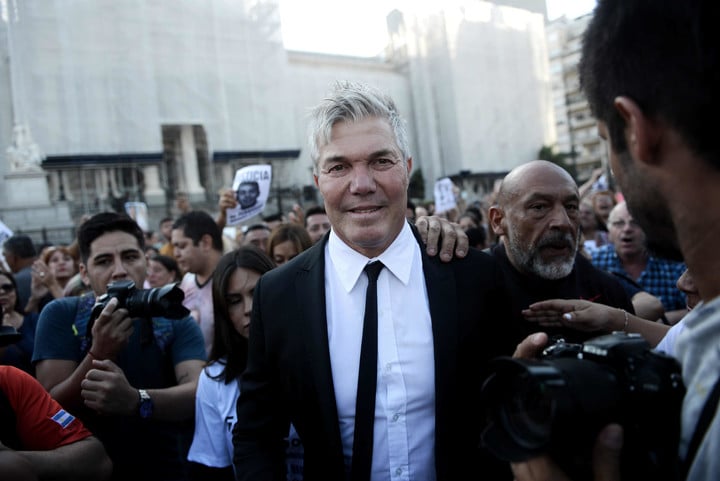