The double confinement of Marta Molés

A cancer patient spends a month in isolation to undergo a bone marrow transplant. Visits are prohibited 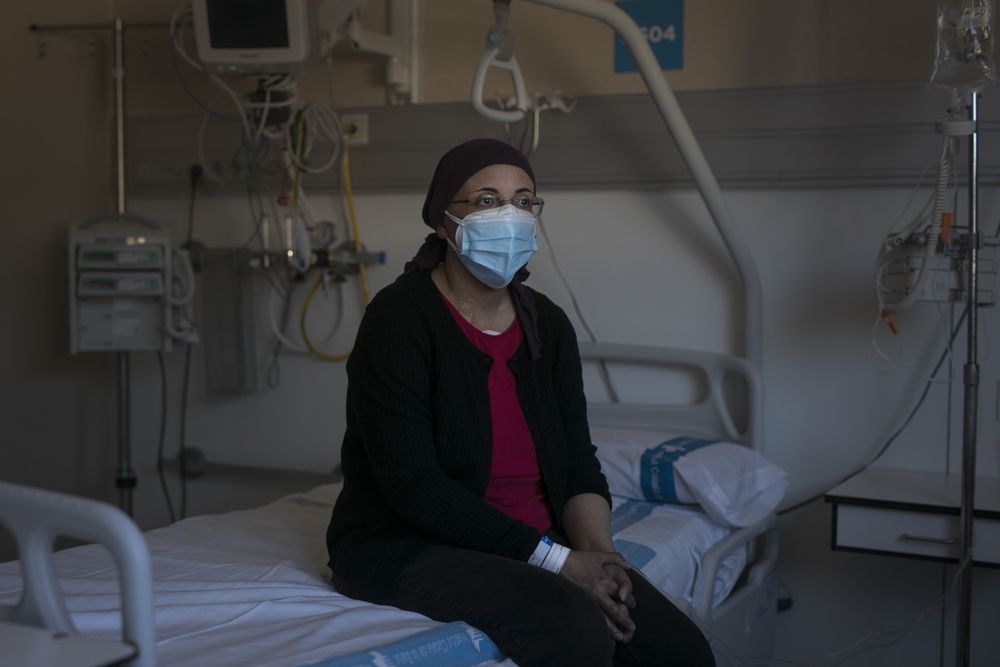 This year there was no Christmas at Marta Molés' house.

Not just cohabiting or enlarged bubbles.

"At home they said there was nothing to celebrate," she explains.

Her husband and her three daughters, aged seven and three, spent the parties semi-confined, as on any given day in times of pandemic, while she was dealing, isolated in a room at the Vall d'Hebron hospital in Barcelona, ​​with acute myeloid leukemia newly diagnosed.

Getting sick in times of covid-19 means “more fear, of the disease and of getting infected,” admits Molés, 42.

Treatments for this hematological cancer force patients to stay hospitalized for several weeks and even in isolation to avoid opportunistic infections.

With the pandemic, visits have been reduced to a minimum and, during some therapies, such as bone marrow transplantation, they have even been suspended for patient safety.

“The first week I was very strong, sure of myself, that everything was going to be fine.

But then I started to feel bad and the feelings of loneliness, overwhelm, anguish, worry began to come ... It's hard, "says the woman after 30 days in isolation.

Not even six months ago, Molés, a lawyer by profession, began to feel ill while teleworking from home.

It was mid-July and the pandemic, which was declining in almost all of Spain, plunged the country into the so-called new normal.

"I started with ailments in the mouth and they treated me like sore throat at first," he says.

But the symptoms did not pass.

He entered Vall d'Hebron on August 18 and did not leave until 51 days later.

At the time they told me, I was also alone because there were restrictions on visits.

Later, when my husband arrived, they had to explain it to him again and, from there, organize our whole lives, ”she says.

The pandemic compounds the impact of the diagnosis.

The scourge of the virus during the first wave reduced by 50%, according to the National Transplant Organization, bone marrow transplants, one of the main therapies to fight many hematological tumors.

Furthermore, if one of these patients becomes infected with coronavirus, the prognosis becomes even more complicated.

According to a study led by the Salamanca hospital after analyzing nearly 500 hematological patients, covid-19 “produces a more serious and fatal disease in patients with blood cancer, particularly in cases of acute myeloblastic leukemia or myelodysplastic syndrome, and in those with active or progressive cancer ”.

“We have had to adapt abruptly and there have been diagnostic delays in many patients.

There is less incidence of covid in these patients than in the general population because they are isolated a lot, but in those who have suffered it, the disease has been very serious ", assesses Ramón García, president of the Spanish Society of Hematology.

Another investigation estimated the mortality from covid-19 in patients with hematological cancer at 27%.

“In my case, the pandemic has not affected the detection of the disease, but it has meant more loneliness and fear.

Fear of infecting me ”, insists Molés.

Amid a world of social restrictions and perimeter confinements to avoid the threat of the new virus, the lawyer had to endure double confinement twice.

The first, "the hardest," he says, lasted almost two months.

With a highly toxic chemotherapy treatment to control the disease and a string of associated complications, Molés spent the end of summer, going back to school and entering the fall, until October 8.

“After the diagnosis, induction therapy must be done to control the disease.

She is admitted because it is a treatment that has a high mortality due to the intensity of the toxicity ”, says Dr. David Valcárcel, director of the Vall d'Hebron Intensive Hematology and Cell Therapy Unit.

At the time of diagnosis, there are trillions of malignant cells that, although they will die with chemotherapy, can release substances that cause the immune system to overreact and cause the so-called cytokine storm, which can be fatal.

In addition, after chemo, defenses are lowered to a minimum and the body is more exposed to infections.

In the first confinement, Molés was able to receive visitors.

Few and very punctual, but at least Jordi, her husband, could see her.

Even when things got complicated and she suffered serious side effects that took her to the ICU, they let it pass a couple of times a week.

“I missed a lot of things.

Going back to school, for example: my little daughters started early childhood education.

I lost the company of mine, days with my parents, who are getting older and this has been a very hard blow for them… ”, recalls Molés.

There are no studies that measure the emotional impact of the pandemic on hematological patients, but it has caused high damage, García and Valcárcel agree.

“The presence of the family member is very important.

With the pandemic, patients are alone and they have clearly noticed it ”, explains the Vall d'Hebron hematologist.

“Coming home was exciting: my oldest daughter cried just as she laughed.

And with the little ones it was more complicated because their first reaction was rejection and it took me a long time for them to hug me, ”she recalls.

And the routine was imposed again until December.

It was time to re-enter to undergo a bone marrow transplant.

After induction therapy, other chemotherapy sessions are done to consolidate the response and eliminate any detectable disease that remains, and finally, the transplant phase is entered.

"A conditioning treatment is done with chemo and radiotherapy at very high doses [to empty the marrow and eliminate what may remain of the disease] and then the allogeneic transplant to prevent the leukemia from reappearing," concludes Valcárcel.

The mortality attributable to transplantation is, however, very high due to complications derived, such as those due to such intense treatment, the infections that the patient can contract without defenses or the phenomenon of graft versus host, when the new marrow (an immune system new) recognizes the host (the patient) as a stranger.

The threat of another wave

At the top of the slope, the Tibidabo park lights up the windows of the room at night.

“At the transplant I came very mentally, with great force.

But when you add that the days go by, that now a problem comes out of here, that another circumstance comes out of there, that from the list of things that they explained to you that could happen to you, it turns out that they are all happening to you, you call your daughters and The first thing they tell you is: "Mom, it takes a long time, when are you coming?" ... Of course, all of that is hard, "he says.

In this month, Molés underwent chemotherapy and radiotherapy sessions that left her immune system to zero.

Then, on December 22, the marrow transplant, which is an intravenous infusion of hematopoietic stem cells from a compatible donor that circulate through the bloodstream to the marrow to repopulate the bone marrow.

“From there, they begin to multiply and progress into mature cells, red blood cells, white blood cells… We say that it is implanted when it has more than 500 neutrophils for three consecutive days.

It is very important because, although the patient still does not have normal immunity, they have the first defense against the usual pathogens and can get out of this environment, ”says Valcárcel.

But this whole process takes time.

And with Christmas in between.

The contact with his family was by phone and video calls on good days.

The bad ones, better not.

"Some days I couldn't even speak," he explains.

or looking at Tibidabo at night.

And drawing conversation to any toilet who walked through the door.

They, in fact, end up being the laughing and crying companions, confessors and therapists.

The most common question is how the disease has gone in other people, but I always say that the statistics are there to break them ”, smiles José María Solórzano, a nurse in the service.

It is Thursday in a Vall d'Hebron immersed in the third wave.

The sun shoots at Collserola's skirt and Molés waits impatiently, dressed for the street, on the sofa in her room.

On the bed, a gym bag with all his gear.

He is going high.

You will have to do regular checks for six months.

But, for now, the transplant has been a success and there is no sign of the disease.

He ends his confinement in the hospital, but continues, nevertheless, with the restrictions at home: for both the disease and the pandemic, he has to avoid crowds, crowded spaces and a lot of social interaction.

But he doesn't care.

“The pandemic is not going to take away our illusion.

I don't care if I can't leave the house and if I have to disinfect my uniform when my daughters come home from school.

They are minor evils.

Happiness can do me better ”, ditch.

After visiting Marta in the hospital, this newspaper contacted her to find out how the return home went.

"Very different from what I expected", resolves the lawyer.

To begin with, because he has not returned to his house, but to that of his mother-in-law.

"The day that I was leaving, my daughters were confined because of a positive in the class, so I came with my mother-in-law and my husband is at my house with the girls and my parents, who have come to help him," he says.

At least the oldest has already seen it from the balcony of the house.

"The situation is a bit strange, but I am calmer."

In other times, Marta admits, the unforeseen event would have upset her to tears.

But the disease has changed its scale of priorities.

“I have known myself and I have learned to listen to my body and to stop.

I have gained patience with myself, with the disease and with the girls.

I no longer give importance to things that I would have given before.

One piece of advice: spend time with your loved ones ”, he adds.

The double confinement of Marta Molés

Tessa Worley takes her first win of the season 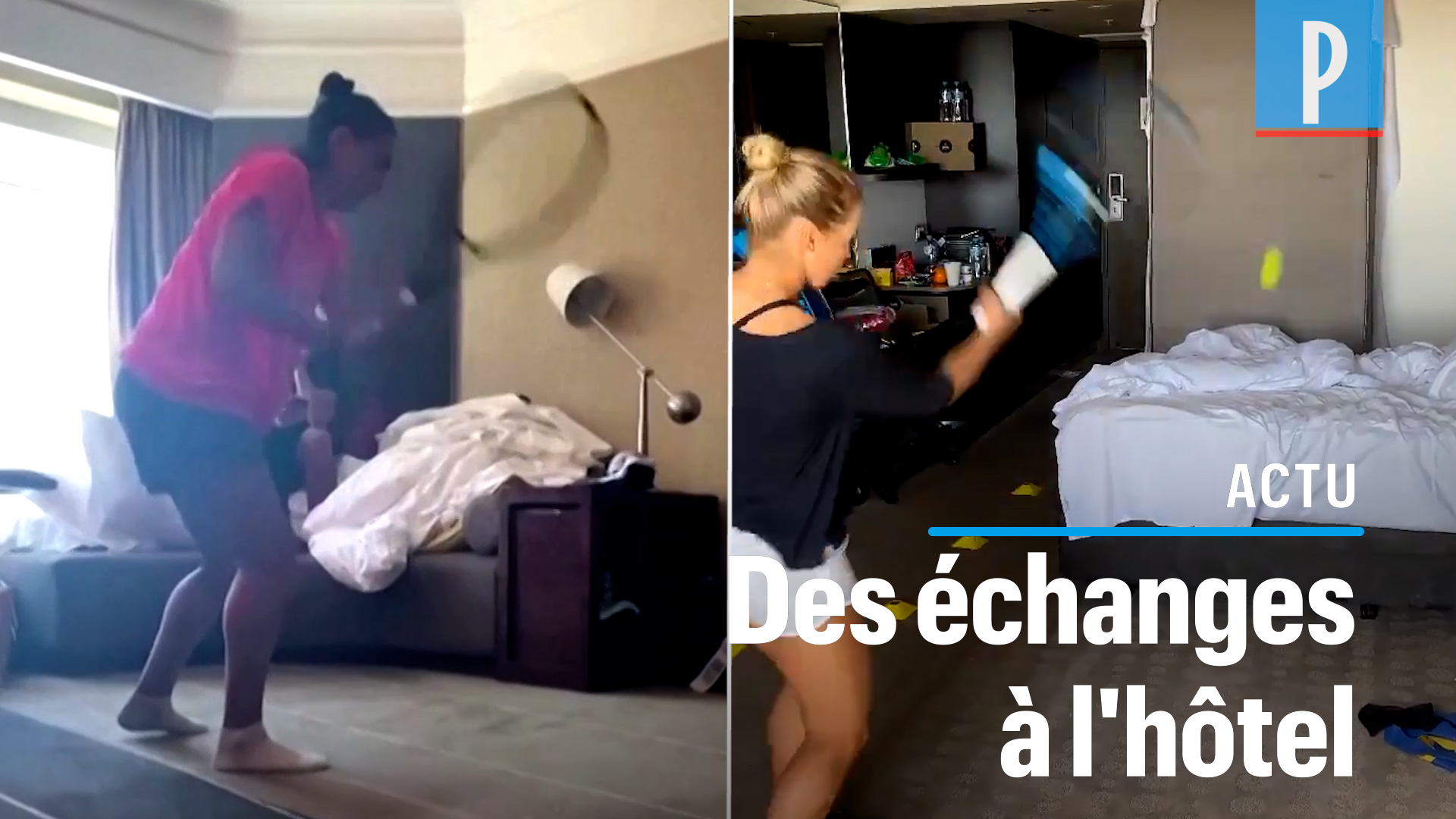 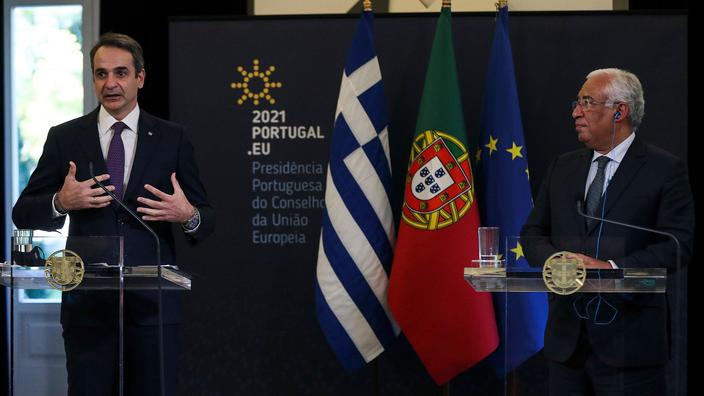 Virus: record of deaths and hospitalizations in Portugal, soon to be reconfigured 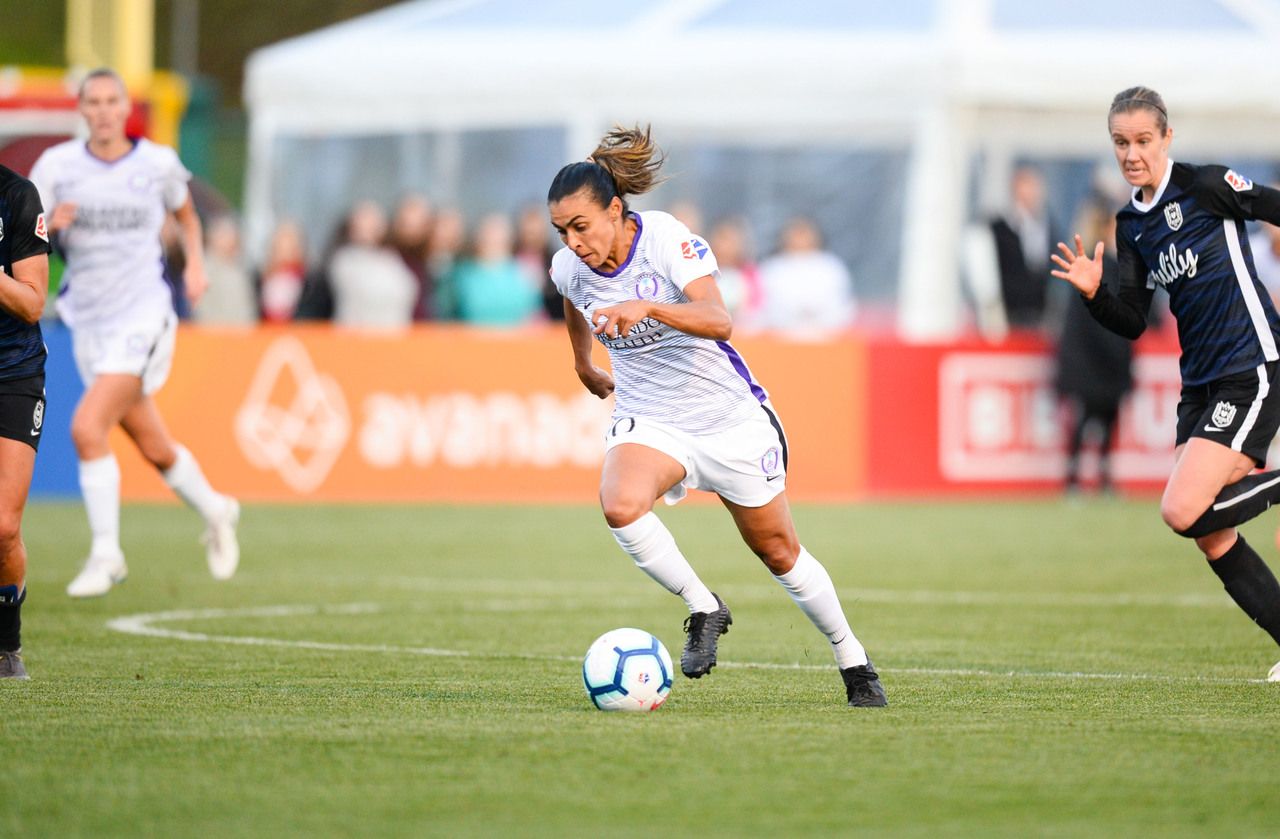 Football: Brazilian Marta announces her marriage to one of her teammates