"With every stab I would start crying" Israel today

| Breeze She was twice diagnosed with cancer, and because of the trauma she stopped fertility treatments. Noa in Natur Photo:  Vitaly Friedlander There is no way to beautify it - Noa Batur is an artist whose work has always been accompanied by physical and mental pain. Twice it was the cancer that struck her just as she was about to pick up gear when it came to touring overseas, delivering her six yea 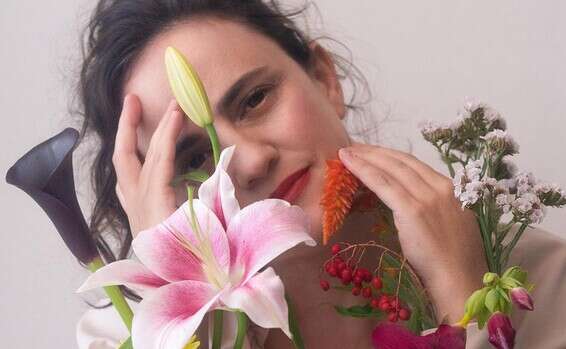 She was twice diagnosed with cancer, and because of the trauma she stopped fertility treatments.

There is no way to beautify it - Noa Batur is an artist whose work has always been accompanied by physical and mental pain.

Twice it was the cancer that struck her just as she was about to pick up gear when it came to touring overseas, delivering her six years of treatments. , This is a slightly different story, which took another unpleasant turn, right with the existence of this interview.

"I have a corona, I'm a bit in the market for it," the singer announces, dropping a bomb and on the way resolving the writer of these lines any hesitation he may have had in choosing an appropriate opening.

"I received the answer this morning, but I already knew on Friday evening that I was ill. A friend of mine came to me this week from Tel Aviv, sat with me for four hours on the couch and the next day we found out she was ill."

So now that you know, how does it feel?

"My symptoms were bull like in the book. In the evening I felt a cough and a crazy headache and then difficulty breathing, so it was a little less fun. Now I have a headache. I must say that in the last two weeks I have bragged that I went through this year very easily. I see people and go out, "And here it is, with the release of the album."

You can also find something symbolic in it.

"For years I have felt like I had a combination of bad luck and bad timing throughout my musical career. The cancer came just when I was accepted to SXSW and was about to go out to perform at festivals. I always feel like I had bad timing, so I laughed a little at myself. The album's release was postponed three "Sometimes because of the corona. Now it comes out just when I have a corona, and it's not cool."

But at least the album has been out, right this week, actually.

"And the seasons change" is his name, and this is the first for her in Hebrew.

As its name implies, it deals with the circles of time and seasons, and integrates well with the past year, the year of the virus.

The one that started at exactly this time last year and is now closing a circle, hoping for renewal, a return to life and blossoming.

This is a concept album, as defined by the musician, with a string quartet and two partners in the studio in the form of Alon Lutringer and Uzi Feinerman.

Each of his seven songs represents a different season.

Hebrew flatters her, befits her and her voice.

Even for her it's a new thing, but we'll get there.

We are not done with the corona yet.

"I have nothing against the corona vaccine, I was just scared," she explains, "because of the cancer I had, my body is weaker and I also have all kinds of allergies. And I was just really scared to get vaccinated. I'm a little scared of how I'll feel in the next few days. "Cough sucks. Seriously, how much more can my body snatch?"

In the theme song, which opens and closes the album, you actually sing "I'm fine".

"It really is one of my favorite songs on the album, it was written towards the end. I feel it specifically deals with my feeling of loneliness. When I started working on the album I was in fertility treatments. I was under a lot of pressure, even from the oncologists. Sentences like 'You have no time, you passed twice' Chemotherapy and you're relatively old, so you need a child. "And all around, with how much I'm loved and surrounded by friends and company, it's always 'what is it, how come you have no children? You're 40'. So it was personal. The treatments were very difficult and confusing for me and I was not closed on exactly what I wanted and if I wanted to do it alone. Every time a new relationship started then I put it aside. Even the body of did not respond to medication. "Another soul is supposed to come into the world." So I put it aside for a moment.

Did you feel it was too much to deal with?

"First of all, it's dangerous for me to take hormones. And with every stab, really uncontrollably, I would start crying. I'm in post-trauma from going to the hospital all the time. I'm tired of going to hospitals and waiting hours in line. And there are doctors who say it's dangerous for me to be pregnant. All alone, without a partner by my side who says 'it will be okay'. The idea of ​​being a single mother scares me. I really have a very strong longing for love, I always had relative systems and relationships and I decided it was more important to me right now. "Okay, I do not have anyone to tell me this right now and I can put my head on it, so I say it I'm fine." And it's okay to choose something that might look a little different to society. It's okay not to put a child as my life goal "Love. I feel in the last year I have found stability in myself. I am stronger."

Benatur lives in Maagan Michael, the kibbutz where she grew up, and leads a fairly routine lifestyle.

During the day, she manages human resources at a start-up company in the field of alternative fuels.

Spirituality is there only at the edges.

During the conversation, she raises the possibility that this is the latest album.

Hebrew, a new tenant in her work, also enters the picture here.

"It really started from trying to challenge myself. Ben Golan (guitarist, formerly a member of the Tree band) sat with me, we tried to write a bit. My instinct is to write in English, but I felt like I wanted to innovate. write in Hebrew'".

"At first it really was not easy, it felt a little strange. I have been speaking English since childhood - numbers and TV shows. But I am also very connected to Hebrew culture. We are a house of language teachers, I ran the Bialik House Museum for many years. 'Judaism as culture'. We call it, but it just felt less natural. I was afraid that maybe my writing would be less accurate in Hebrew. Then I listened to the artists I love who made this transition and I was really excited about Einav Jackson Cohen's second album and Daniela Spector's. I started digging more into the lyrics I love. In Hebrew and what came out came out. "

Do you think this is really your swan song, when it comes to your musical career?

"There was a sense of 'I'm now recording some album in Hebrew, and maybe that will make the transition a little more conscious. There are issues of success, which I think every artist faces. What is success, how do you measure it? I thought it was some kind of push, but I I think that while working on the album, and again - I really like it, a feeling crept in that it no longer makes sense. A combination of age, a feeling that there is a new generation, a super talented, cool and stunning It-Girls. I am no longer 'in the scene', I Live far away, and there is also a combination of the whole economic issue. There is nothing to do, it is present. When you do some weighting of how much money and energy to invest in something, then you put out a song and it does not enter the playlist it breaks your heart a little, nothing to say. I will never define it as a hobby, because everything with me is super accurate. I do not guarantee that I will not make more music or release more songs. There is just a feeling that it no longer really makes sense and work is at the center of my life. You can be creative in other areas.

"I also feel like my music, sometimes it takes her a while to get in. Sometimes you have to go in once, twice, three until you fall in love. More things happen with her. Suddenly now they used a song from my second album in a Taiwan commercial and a song from the new album in the 'Here's series. '. I release the music and know things will happen. When you suddenly get a message on Facebook from someone from Sweden who loves my music - these are the most exciting messages. I think it's a place of completion in a good section. Okay, I made this album. Even if it does not work or the songs They will not enter the playlist, I release and know that he will continue to travel. "

3 family members were injured by stab wounds in Jerusalem, including 2 in critical condition; Their relative was actually arrested on suspicion - Walla! news 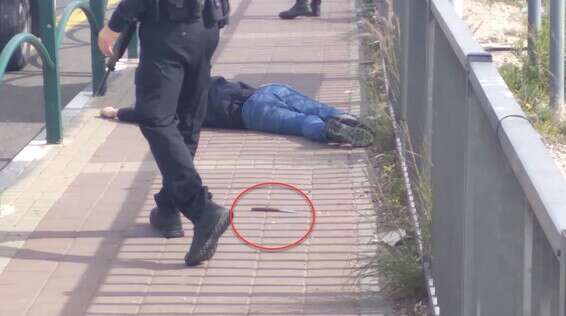 The soldier who neutralized the terrorist in Samaria: "I beat him with the weapon" | Israel today 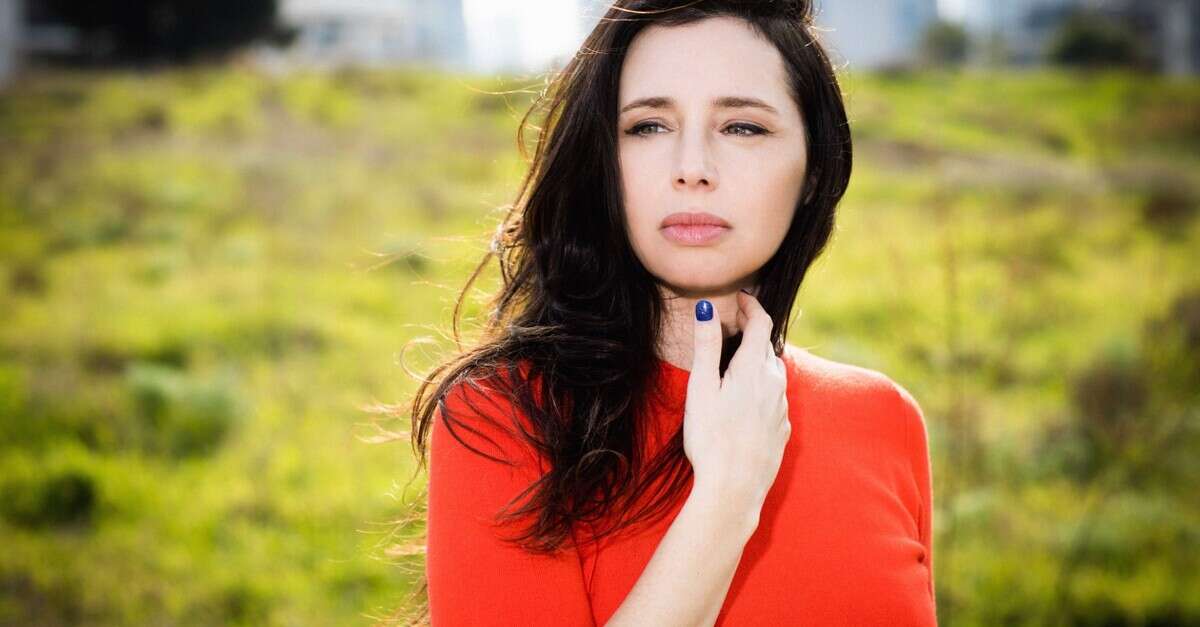 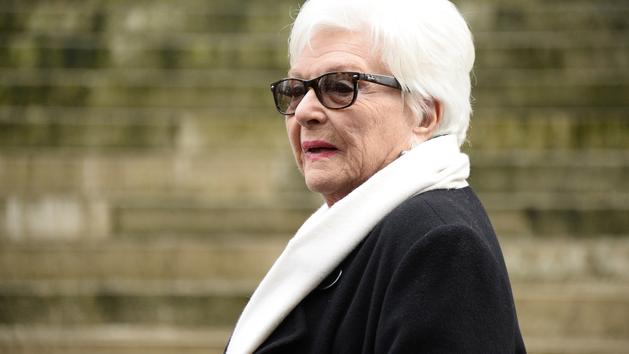 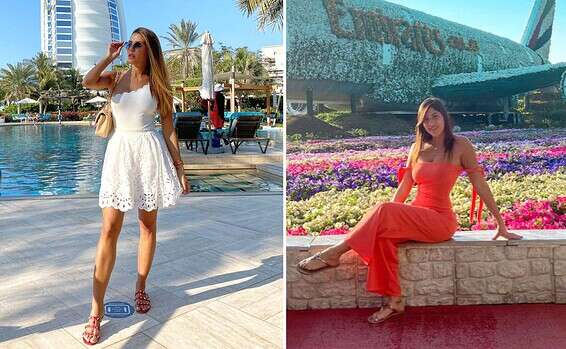 Forget them in Dubai: the Israelis who can not return Israel today 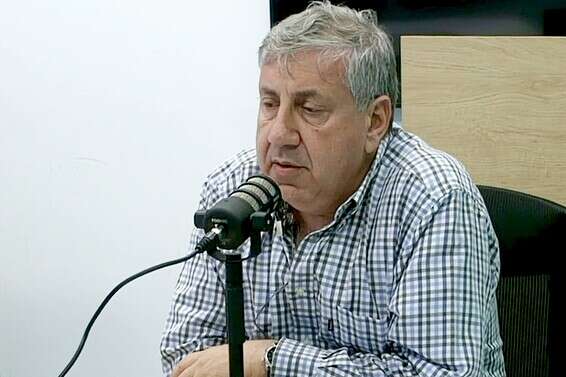 Conversion ruling: The High Court prepares a state for all its citizens? | Israel Today