The zero coronavirus patient speaks in Argentina: 'I still have antibodies and I donated blood five times'

The businessman Claudio Ariel P. remembers his experience as the first case in the country, a year ago, after returning from a trip to Europe. He told Clarín that it became "a human laboratory for the investigations to advance."

“One year, crazy, one year, he flew ... how scary, how tremendous everything we went through!

And I was nothing less than the first in Argentina -he smiles incredulously-.

It never crossed my mind that after me there would be more than two million infected and much less did I imagine so many thousands of deaths here and around the world ”.

at her home in Puerto Madero and immediately her memory goes back to that morning of Sunday, March 1, 2020, when she moved from Ezeiza to her home.

I felt that my shirt was wet, I started coughing and it seemed strange to me

, I didn't understand what was wrong with me and I told my brother, who had gone to look for me at the airport, to take me to the Swiss Medical clinic."

With a granite texture, a regular at the gym, Claudio, who is a supplier of synthetic fabrics for handbags and shoes, came from Europe, where he had traveled for work to different fashion exhibitions in Milan, Rome and Marseille.

"After such a journey, they were doing medical studies, I remember them very intense, but

I never imagined that I was infected with coronavirus

, a disease that I had not heard much about."

“Positive”, the PCR diagnosed, which left this 44-year-old single man perplexed for a moment, always in good spirits.

took me a while to react, I couldn't believe it, until the doctors explained the situation to

me and told me that I was going to have to stay in the hospital”, explains Claudio, who is proud “of having acted correctly, going to the hospital without having contacted anyone, after the trip ”.

He emphasizes this point “because some lies were published claiming that I had met people and presented the next day at the hospital.

With Claudio Ariel P., Argentina began to go through its very tough year of pandemic that to date exceeded 52,000 deaths and two million infections.

“I couldn't believe it was the first case, I didn't know if it was a misfortune or luck.

Today, from a distance,

I am grateful to have been an asymptomatic patient, because I only felt a fever the first day

, when they left me hospitalized with 39 degrees, but a few hours later I already felt impeccable ".

He was isolated for fourteen days, two in the Swiss Medical clinic and another twelve in the Agote sanatorium.

“He came to eat and drink everything in Europe, going from here to there, without schedules and with a lot of work, and suddenly, like someone who does not want it, he

It was an unexpected shock, at first it was difficult for me to accept it, but I did not want to worry my mother too much, whom I called by video call so that she could see that I was feeling well ”.

Claudio, when he was hospitalized: "It took me a while to react, I couldn't believe it, until the doctors explained the situation to me," he recalls.

Positive and optimistic by nature, thinking that he would leave "soon", the days were endless for Claudio, self-defined as sociable, restless, doer and energetic.

“I felt like an airplane, I didn't have the slightest symptoms, I hadn't lost my smell or taste, that's why I thought I had to go home ... But the doctors, who treated me wonderfully, explained to me that As I was the first official case of coronavirus contagion, they

needed to do studies, learn with me, because there was no precedent

, so I understood it, it cost, but I was at the foot of the canyon.

I asked them about everything, I drove them crazy and they held me back and answered me with all their patience ”.

He needed to change the chip to avoid suffering the long stay and asked permission to have a computer to work and a pair of dumbbells and ribbons "to do gymnastics and move between four walls."

The health personnel agreed to the request “because I

was eating the walls, I am an athlete who exercises twice a day

(cardio and weights), in addition to running my fabric business, so, like this, the days they made me more bearable.

I trained a lot and also developed designs for my work, which distracted my head ”.

Claudio Ariel was allowed to count during his stay at the Agote sanatorium with dumbbells: "I started doing gymnastics at any time, I was eating the walls," he says today.

“Patient 0”, as Claudio was popularly known, was always reluctant to give interviews and have his surname known, but he believes that, a year later, “it was good to open up to the media, although I never imagined it would be a flood ordering notes, "he says with some embarrassment.

It's all good, I understand the work, but I don't have time to be able to talk to everyone.

Basically life did not change me, I always valued the day to day, I am to do things in the present

, to squeeze the day, not to postpone or say 'well, tomorrow, or next year', it does not go with me.

Then, the disease, somehow, reconfirmed my way of living, because

Being the first official Argentine patient required a permanent link with doctors, pulmonologists and infectious diseases specialists, which

became a kind of human laboratory for scientists

"They continue to do studies and analyzes and the last one was ten days ago, which determined that

I still have antibodies in my body

, which keeps me immunized against a possible new infection, something that never ceases to amaze me," says Claudio, who dreams of going back to Europe to resume his work activity, so linked to the Old Continent.

"I continue to do studies and analyzes and the last one was ten days ago, which determined that I still have antibodies in my body," he says.

“I'm going to give you a scoop”, he announces expectantly: “On April 9 of last year I donated for the first time a blood sample to the Biobank of Infectious Diseases (BBEI), which is a functional unit of INBIRS within the Faculty of Medicine of the UBA ”.

There CONICET researchers work to process and store the products derived from that blood, such as serum and cells, and everything stored is available to any professional who requires it.

and how they varied over time.

And although they have decreased, it can be seen that I still have detectable amounts ”.

Beyond being a business person “very busy and with little time even to watch television”, being like “a human laboratory implies being willing to do what they ask of me and it really does my spirits good, because

I think I am useful for the investigations to advance.

And let me insist that I have nothing to do with those first news that circulated in which they claimed that I had gone home from the airport.

I was a responsible and serious person, even without much knowledge of what the coronavirus was.

He confesses that he is not a Kirchnerist or Macrista "or of any other color", he proclaims himself "apolitical", he does not follow the news, but finds out from what he "heard in passing."

Thus it was that they had breakfast of the vip vaccination and the ejection of the Minister of Health Ginés González García.

"I'm not the one to give an opinion on whether things were done right or wrong,

," he concludes with some haste, since he is late for his class in a hurry. gym of San Telmo.

Coronavirus in Argentina: the second plane arrived with 732,500 doses of the Russian Sputnik V vaccine

The zero coronavirus patient speaks in Argentina: 'I still have antibodies and I donated blood five times' 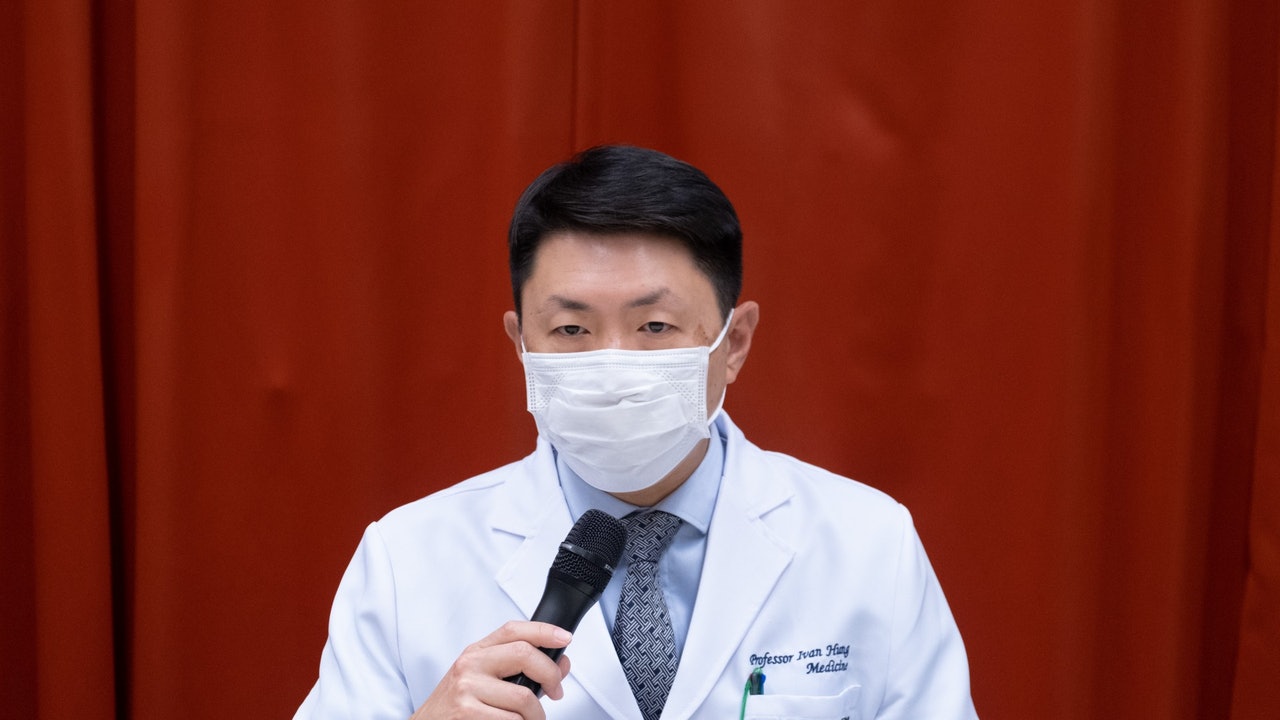 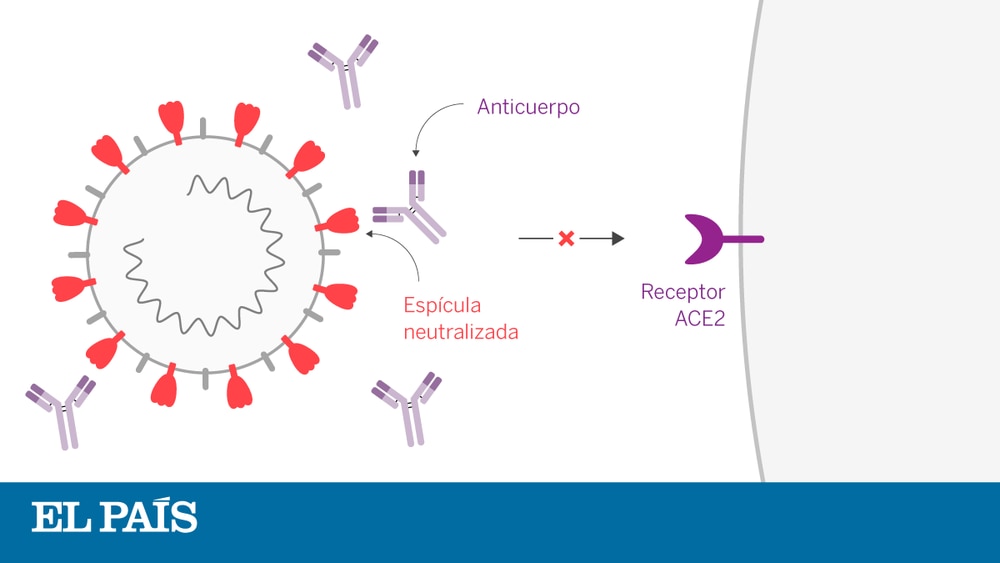 The most expensive drugs in the world: the great hope to stop the pandemic 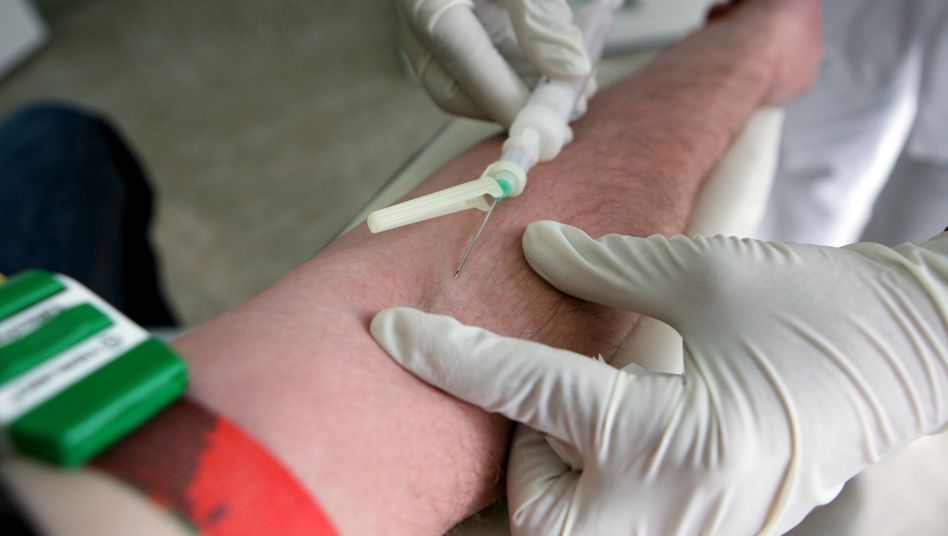 Coronavirus: 48 percent of the corona 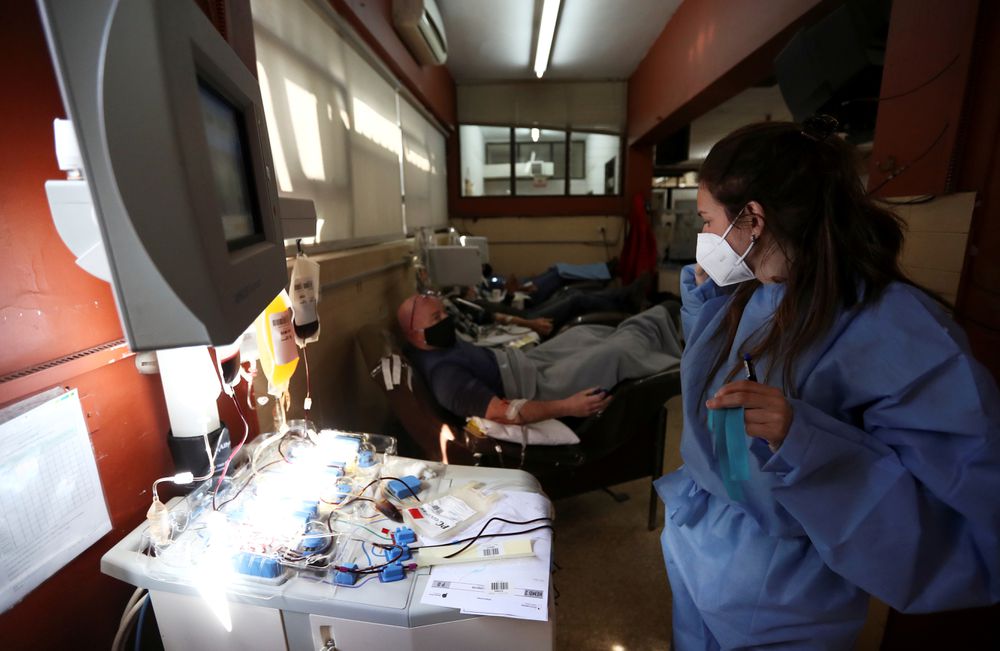 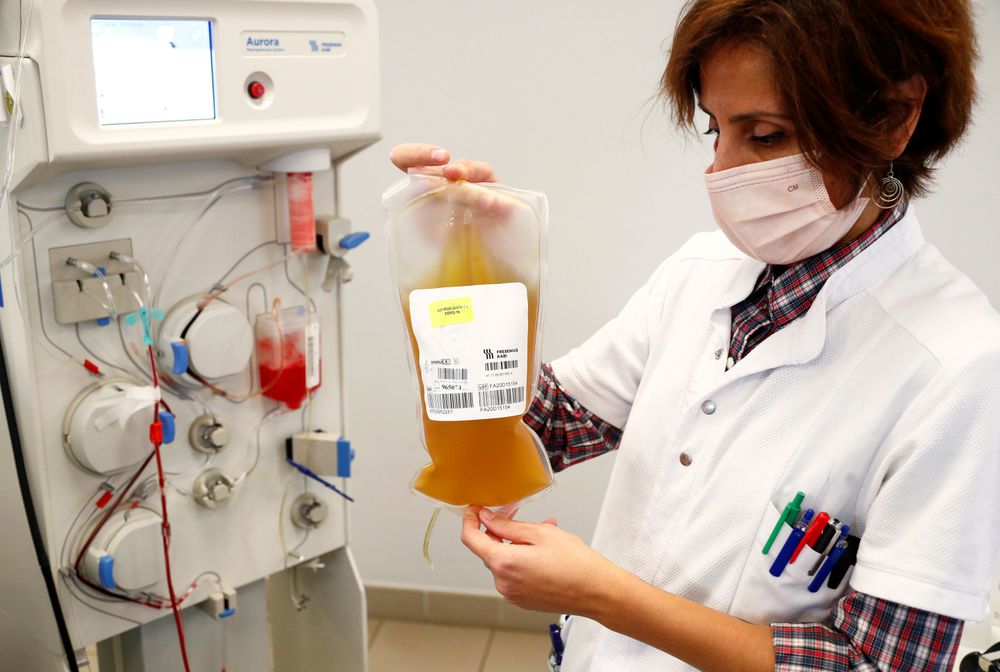 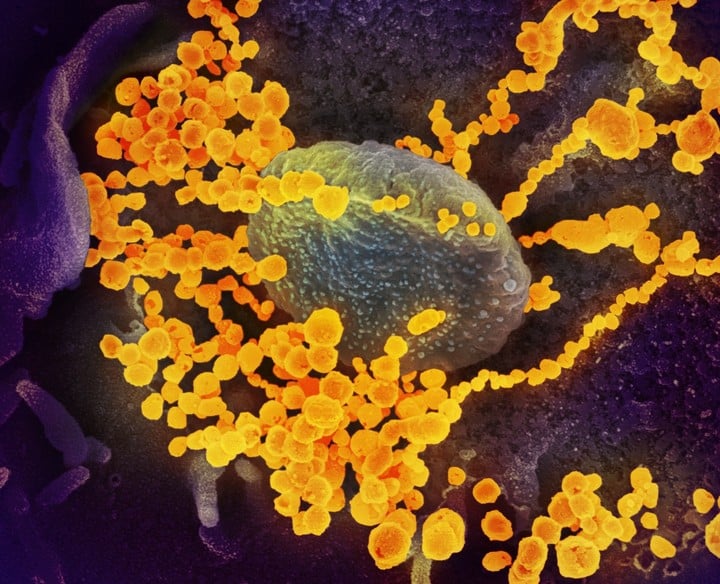 Coronavirus: the demand for antibody tests of those vaccinated and those who had Covid soars 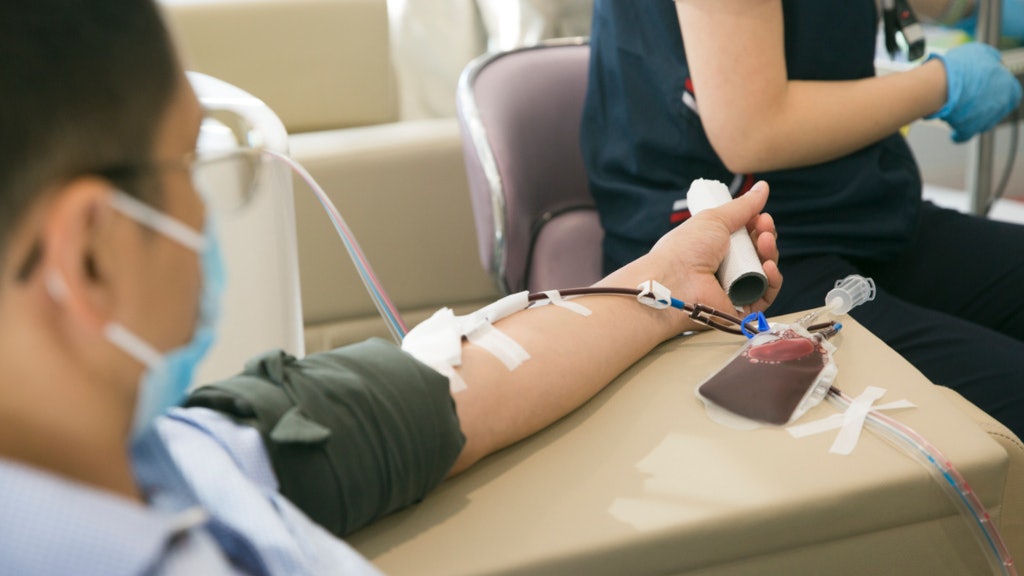