"It's miraculous, anyway ...": behind the scenes of Michel Drucker's great comeback

Six months after his heart operation, the star host of France Télévisions received us exclusively this Wednesday at Studio Gabriel, o

Not too bad, no, for a guy who was in pieces and never had to come back to the air?

», Says Michel Drucker, welcoming us to Studio Gabriel, in Paris, his eyes sparkling but his gait still a little hesitant, because of a« discomfort »in the left leg.

The one who came close to amputation after a bacterial infection, detected just before his triple bypass surgery, last September.

At his own pace, he takes us to the stage of “Vivement dimanche”, where the new program “Bel et bien” is currently being shot, presented by Agathe Lecaron and Ali Rebeihi.

For that, you have to climb four steps.

“My greatest anxiety is breaking my face,” says the star host.

I'm preparing it like a final of the Olympics.

Doctors take me for an alien.

Normally it takes a year to recover from such an operation.

Me, without TV, I am disabled.

I'm not kidding either: 1h30 of sport in the morning and a nap in the afternoon.

He wanted to come back at the end of February.

Finally, Michel Drucker had the green light for a shoot on March 24, broadcast on France 2 on the 28th.

"It's miraculous, anyway," he insists, while making an appointment for an MRI of the back.

No one would have bet a kopeck on me.

I was already told to start two, three years ago.

For Drucker's big comeback, Gad Elmaleh, in consultation with the doctor and columnist Marcel Ichou, wanted to give him an XXL surprise: bring together all his former guests on the same set.

“But it was really impossible in a period of health crisis,” says producer Françoise Coquet.

We must do without an audience and no more than four people on set.

The solution will come from Michel Drucker, vaccinated against influenza and Covid-19, via “two doses of Pfizer”.

He wants to surround himself with his band of comedians, who have nourished the many best-of during his convalescence.

Only the Bodins, apparently retained on the set of their film, are unavailable.

All have planned a text, kept secret, of one to two minutes on the absence of Michel Drucker.

"They'll put me in a box," anticipates the 78-year-old host.

For once, he doesn't want to prepare anything.

“I have an idea of ​​what I would like to say on the air, but I prefer not to think about it.

With emotion, I will forget everything.

Two months ago, I was still in slow motion.

On the big day, he will deviate from his habits by avoiding meeting his guests in the boxes before check-in.

I am so talkative.

The president of France Télévisions, Delphine Ernotte-Cunci, and Stéphane Sitbon-Gomez, her number 2, have also planned to slip away from a management committee to spend a head at Studio Gabriel.

"I owe them a lot," Drucker insists.

I knew if I escaped I would keep my job.

However, they will not receive preferential treatment.

"You will take care of them, Françoise," assures Michel Drucker.

Otherwise, it will stress me out.

Going up one floor, the "miraculous" clings to a railing.

Then do a dozen oblique push-ups.

“Whenever I can, I play sports.

I have already gained nine pounds of muscle out of the eleven I lost.

“Among all the support he received, the former ski champion Jean-Claude Killy promised him an apartment rower.

Michel Cymes, who has often heard from him, owes him a ride.

Drucker has set himself a challenge: to come on foot to Studio Gabriel, with his dog Isia, from his home on the other side of the Seine, near the former Cognac-Jay studios.

And get back on his electric racing bike.

A new book available in April

This Wednesday morning, it is the first time since his heart operation that he has seen Isabelle, his editor, his scriptwriter Christelle, his assistant Eric and the rest of his small team.

The first time he also finds his office, the same as at the time of “Champs-Elysées” in the 1980s. In front of the door, he hesitates before entering the entry code.

"I thought it was more of a mess than that," he smiles, taking the biography of Arsene Wenger in his hand.

His readings in recent months?

Bernard Pivot's book, "funny, moving and which lifts morale", that of Benjamin Castaldi on the Montand-Signoret couple or even Alain Duhamel, whom he has planned to receive in April.

He's also writing a new book, “It'll be better tomorrow”, available April 29, in which he details “six months of nightmares”.

Michel Drucker is even thinking of the start of the school year, with a Jacques Chirac special for the two years of his death.

"He had done his last interview with us, and we could not broadcast it," he regrets.

The policies are fully part of "Vivement dimanche".

In a best-of, Drucker reviewed the images of Ségolène Royal evoking the deceptions of François Hollande.

"We thought she was going to ask to cut, but no," recalls the host.

He also evokes Brigitte Macron and Roselyne Bachelot, anxious to hear from him.

"Oh no, he still has his place" answer his fans

Back in the hall, Michel Drucker stops in front of the class photo of the 200th anniversary of “Vivement dimanche”, taken in 2003 by Jean-Marie Périer, in which there are about a hundred personalities, “all friends”, some of whom are more of this world.

Now it's up to him to play the photo game.

He doesn't want to show his face, not yet.

In the beginning, he had also refused everything.

"I do not want to appear to decrease, that people say to themselves that I have derailed, he justifies.

Those who do not know the business tell me that I come back too early.

I still have three weeks of rehabilitation to be on top.

"It's miraculous, anyway ...": behind the scenes of Michel Drucker's great comeback 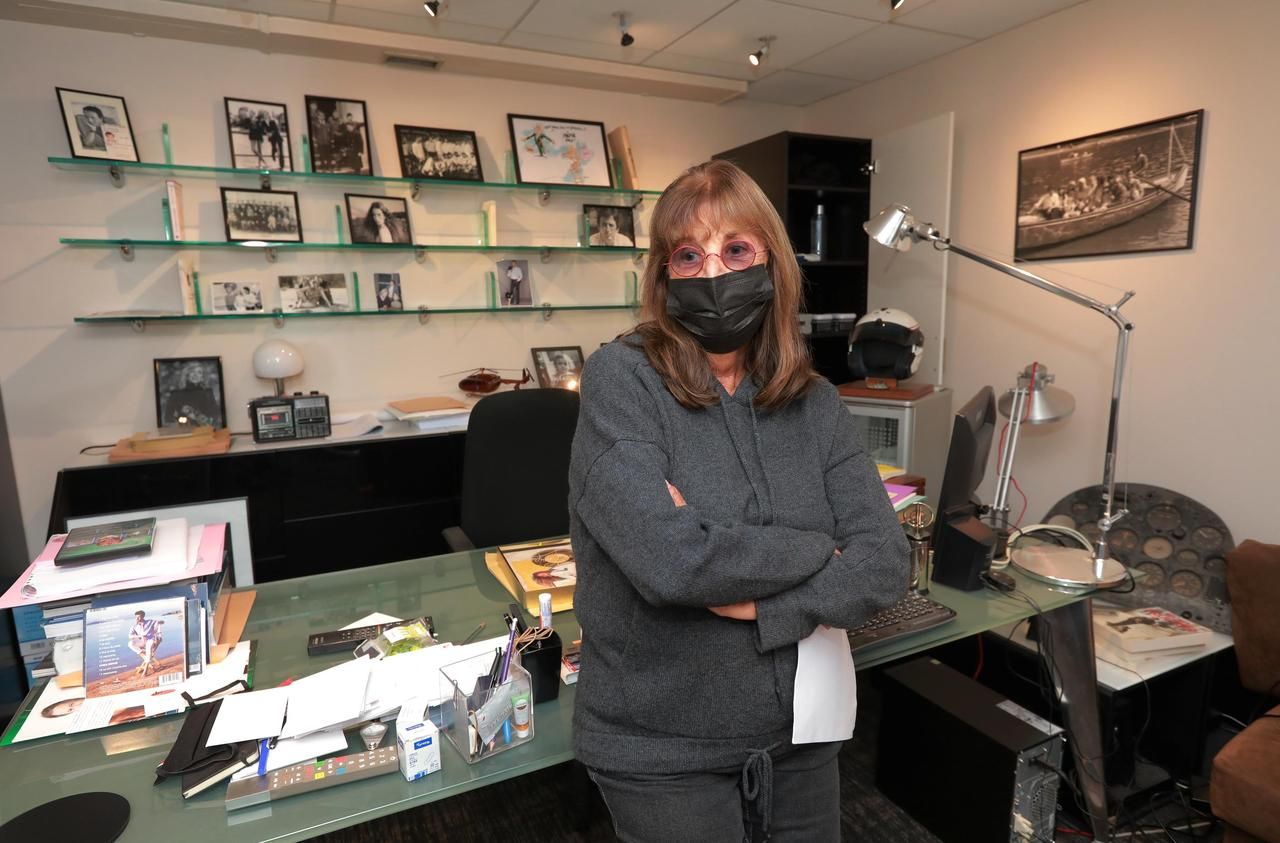 "Michel Drucker will not be back before February", assures his co-producer

Michel Drucker facing our readers: "I am an old car with a new engine"

"Happy and moved", Michel Drucker made his return in "Vivement dimanche" Overdue against Barça, PSG qualified for the quarter-finals of the Champions League 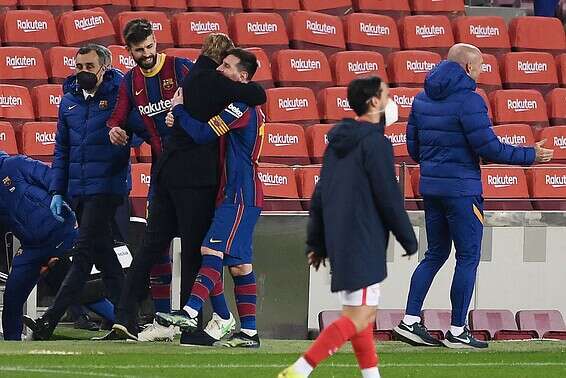 "Mighty Remonde": Barcelona not relaxed from the comeback | Israel today 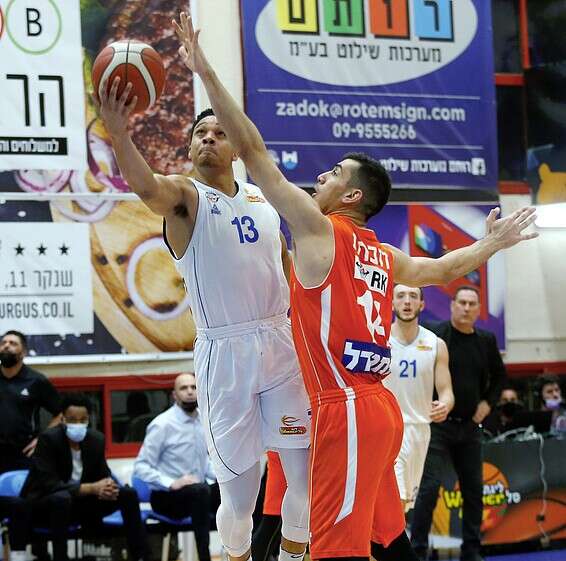 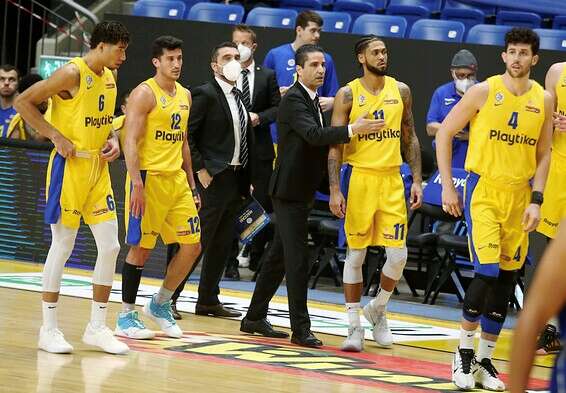