Ministry of Health data: Most of the dead from Corona in February - not vaccinated Israel today

| health A report by the ministry reveals the segmentation of mortality data last month • This is a decrease compared to January, when 1,397 patients died, and this is probably due to the effects of vaccinations and quarantine • 15 percent of the deceased were vaccinated in the second dose, but it is not clear at what stage they contracted • Full data 935 people died of the corona virus in February, 553 o

A report by the ministry reveals the segmentation of mortality data last month • This is a decrease compared to January, when 1,397 patients died, and this is probably due to the effects of vaccinations and quarantine • 15 percent of the deceased were vaccinated in the second dose, but it is not clear at what stage they contracted • Full data

935 people died of the corona virus in February, 553 of them were not vaccinated at all and 144 died after receiving two doses of vaccine (about 15% of those killed by the corona last month), according to the Ministry of Health's expanded picture report published today (Wednesday). This is a decrease compared to January, when 1,397 patients died - the figure probably due to the effect of the vaccination and quarantine operation.

According to the report, for the first time in the last month, 52% of those infected with the corona virus diagnosed yesterday (Tuesday) are associated with the education system. In addition, there are currently 471 kindergartens closed due to the spread of the plague - a large increase compared to yesterday. Last year, 238 kindergartens and 36 schools were closed.

The data also reveal that out of 1,195 corona patients hospitalized, 43 are children up to the age of 18 - 12 of them are newborns, of whom five are in critical condition and one is critical.

In addition, it can be seen from the published data that every day between two and four patients who received the two doses of the vaccine against the virus die compared to 21-16 patients who were not vaccinated.

Earlier today, AMN researchers released alarming data regarding corona disease data in Israel. The infection rate, which already reached 1 this week and dropped to 0.97 yesterday, recorded an increase and reached 1 again, a worrying figure that shows that the morbidity is high and we are on the verge Re-spread.

The positive rate, which this morning stands at 4.8% and 5% on the weekly average, also indicates the extent of the infection in the population.

According to the researchers, the increase in infection is probably due to the removal of the restrictions and the spread of the British mutation, which infects more than other strains of the virus and which significantly increases the risk of serious illness and hospitalization.

According to the Ministry of Health's snapshot report, 4,265 people were diagnosed in Corona yesterday out of 91,122 tests performed. 717 patients are in critical condition and 224 of them are respiratory. 5,797 have died so far from the epidemic virus.

The infection rate in Arab society is 1.12, a figure that is of particular concern to senior Ministry of Health officials ahead of the wedding season and the approaching month of Ramadan.

In the general society, the infection factor is 0.99 and in the ultra-Orthodox society, it is 0.86.

The coefficient of infection in all sectors reached 1.

3.2 million people are already eligible for the green label, which can be obtained one week after the second dose of vaccine.

83% of those aged 50 and over have already been vaccinated.

Fourth closure even before the election?

This morning, Corona Commissioner Prof. Ash provided an alarming statement about the illness, saying we may go to a fourth closure even before the March 23 election.

According to what he said in the program of Golan Yokfaz and Anat Davidov on 103FM, this will "depend on the level of illness, it could be dragged after the election."

Prof. Ash also rejected claims that the election influenced the government's decision-making: "The program according to which it opens on Sunday is a program we put on the table a few weeks ago. We were very undecided that we meet the indices, but there were the Purim events."

Professor Hezi Levy, director general of the Ministry of Health, was interviewed about Yishai Shenrav's program at the GLC, and commented on the New York mutation: "We will see more and more mutations, this is the nature of a virus. We do our best to detect them and sequence and identify more mutants, certainly in vaccinated cases. Or of recovering patients. "

Prof. Levy also spoke about the plan to open the skies, saying that it was a worrying decision: "We are walking a fine line between the need to get Israelis to vote and the steps being taken to stop the mutations, but this is a reality at the moment."

As you may recall, last night the Corona Cabinet approved the abolition of the Exceptions Committee, a decision that will result in tens of thousands of Israelis being able to return to Israel.

The commissioner for the fight against corona in Arab society, Ayman Saif, referred to the increase in morbidity in the Arab sector, saying that 70% of the at-risk population had been vaccinated.

"Until two weeks ago, the British variant did not reach Arab society - now it is significant," he said on Arie Golan's "This Morning" program here on Monday.

"We will focus on the Bedouin population, young people and residents of East Jerusalem - we will use Ramadan as a decisive factor."

According to the sky-opening plan approved last night, Israelis who have been vaccinated or recovered will be able to fly abroad without restriction, except for tests within 72 hours before returning to Israel and another test after landing in Israel. Vaccinated and recovering are completely exempt from isolation. , And they will be charged both with performing tests before returning to the country and with isolation.

90% of corona deaths in the last month have not completed the vaccination process - Walla! news 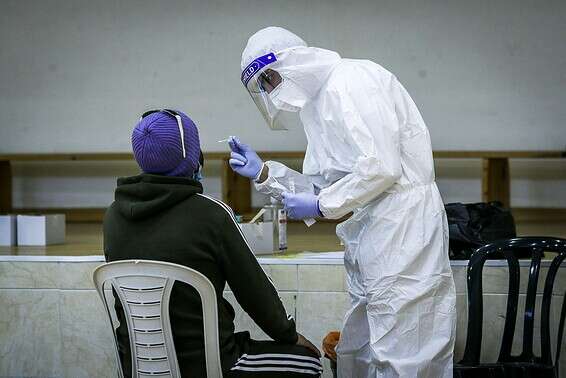 The celebration may be too early: we are still in the midst of a serious medical crisis Israel today 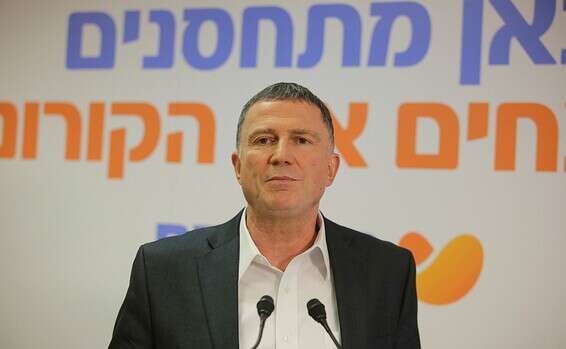 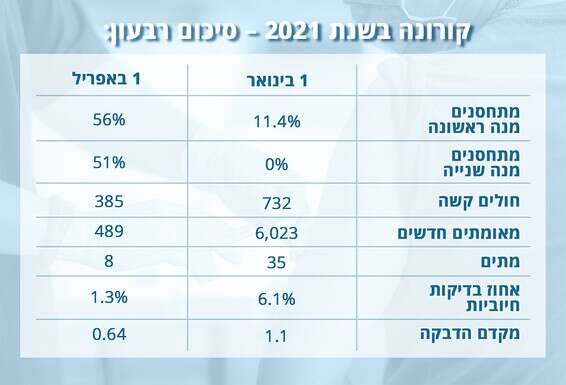 First quarter summary of 2021: The vaccine effect is great, but there is worrying news Israel today 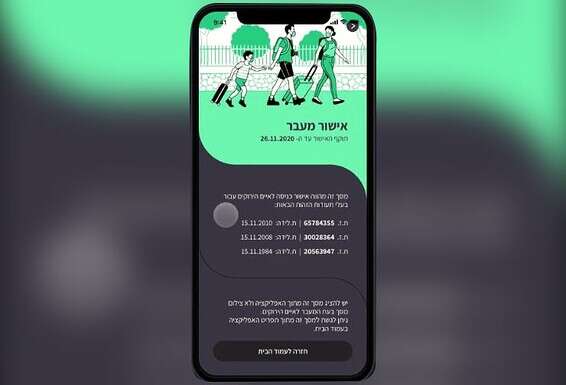 The green passport is on its way: it seems - Eilat and the Dead Sea will open on 1.2 | Israel today

What we need to know about the agreement with Pfizer - Walla! news