The victims fell into the void from a balcony located on the fourth floor of the Public University of El Alto, on the outskirts of La Paz 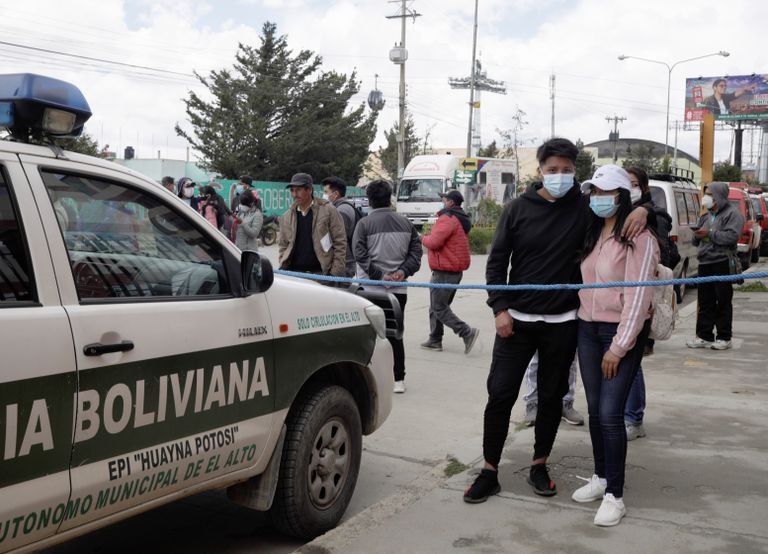 Seven students died Tuesday after falling from a fourth floor at the Public University of El Alto, a peripheral city of La Paz, in Bolivia.

Dozens of students were involved in a confused fight after an assembly called by the Student Center on an internal balcony of the building.

One of the railings did not withstand the pressure and eleven people rushed into the void from the fourth floor of the building, at a height of 16 meters.

The victims, four men and three women, were between 19 and 27 years old.

Hours later, the police arrested three of the eight convenors of the meeting, which did not have authorization from the University.

The focus is now on the division of responsibilities.

The University Student Center had summoned the students of the Business Administration career to a mandatory meeting, despite the restrictions due to the covid-19 pandemic.

The summary was unclear: analyze "the institutional situation" of the University, without further details.

The match ended with a low-intensity fight that exceeded the space of the room and overflowed the capacity of the entrance hall.

Video footage shows young people crowding uncontrollably, while some of them struggle with each other.

When the railing gives way, a group falls hopelessly from the heights.

The La Paz prosecutor, Marco Cossío, said that he has opened an investigation for "homicide and serious and very serious injuries."

And confirmed the three arrests.

The commander of the Police, Jhonny Aguilera, said that they will analyze the videos of the University security cameras to establish criminal responsibilities.

Aguilera drew attention to two women who struggle when one of them falls into the void.

At the time of the accident, three students died from the impact and the other four died in hospital.

The police now fear a "pact of silence" between the students who called the meeting.

"With or without an agreement we are going to clarify this issue," warned the police chief, after lamenting that after the accident many involved "disappeared."

This Wednesday, Colonel Douglas Uzquiano, director of the Special Force to Fight Crime in La Paz, affirmed that the investigation includes the presence of students from other careers who were not summoned.

"The investigation takes into account power disputes in student centers," he said in a television interview.

The University, meanwhile, hastened to clarify that the meeting was not authorized, especially because the social distancing measures as a result of the pandemic still apply.

In a statement, the university regretted what it considered a "fortuitous accident."

Speaking to a local radio station, the university administrator, Henry Huanca, said that there was an “assembly despite the fact that there is a resolution that prohibits them.

The president of Bolivia, Luis Arce, lamented the tragedy and expressed his "heartfelt condolences to the people of El Alto and to the suffering families."

We regret the tragedy that occurred at the #ElAlto Public University (UPEA), where there were several deaths and injuries.

Our deepest condolences to the people of El Alto and to the suffering families.

We await the prompt clarification of the facts. 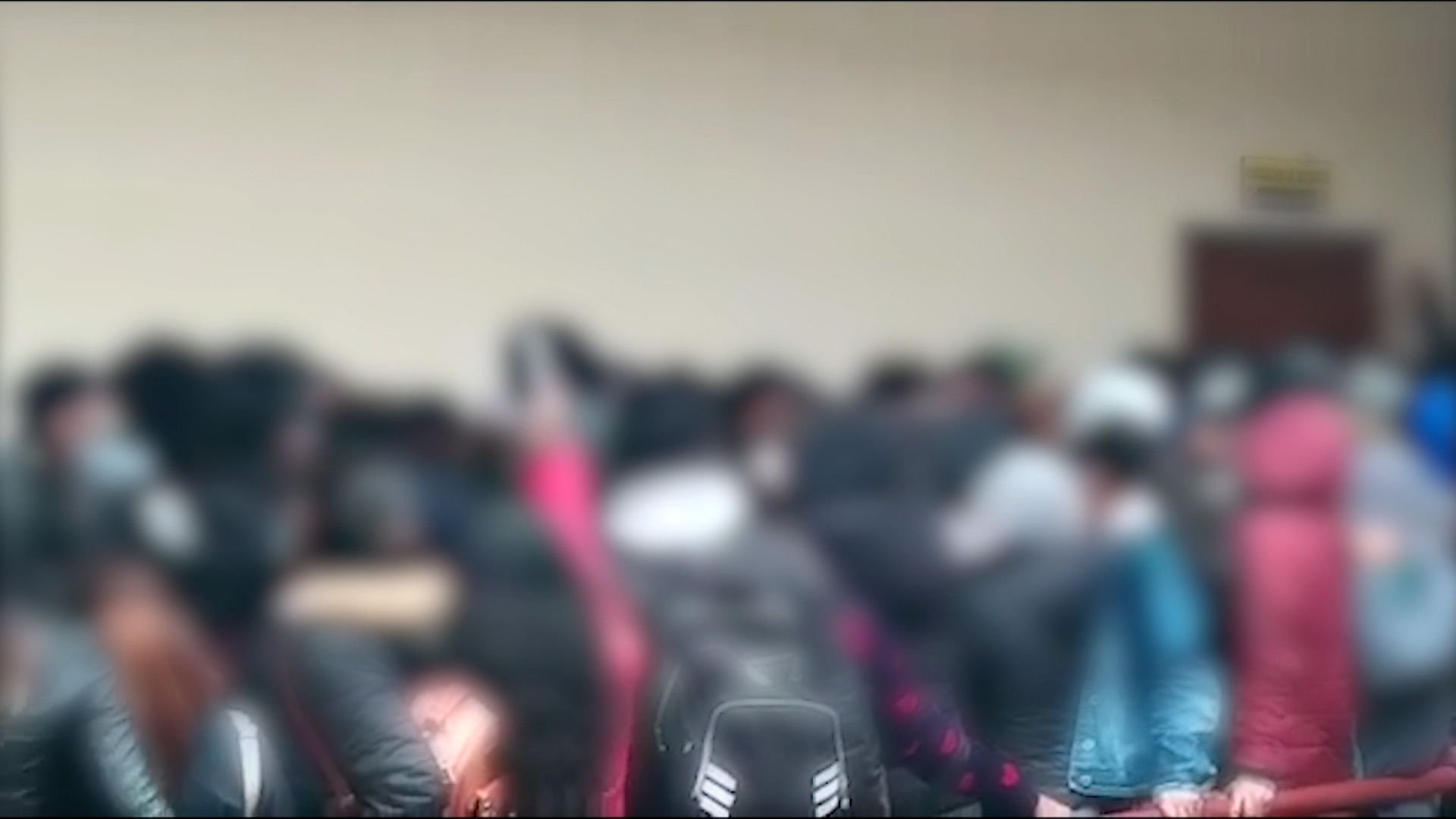 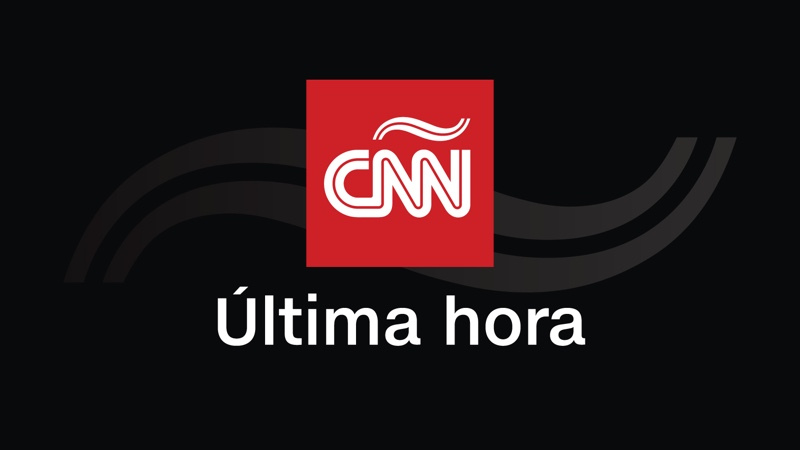 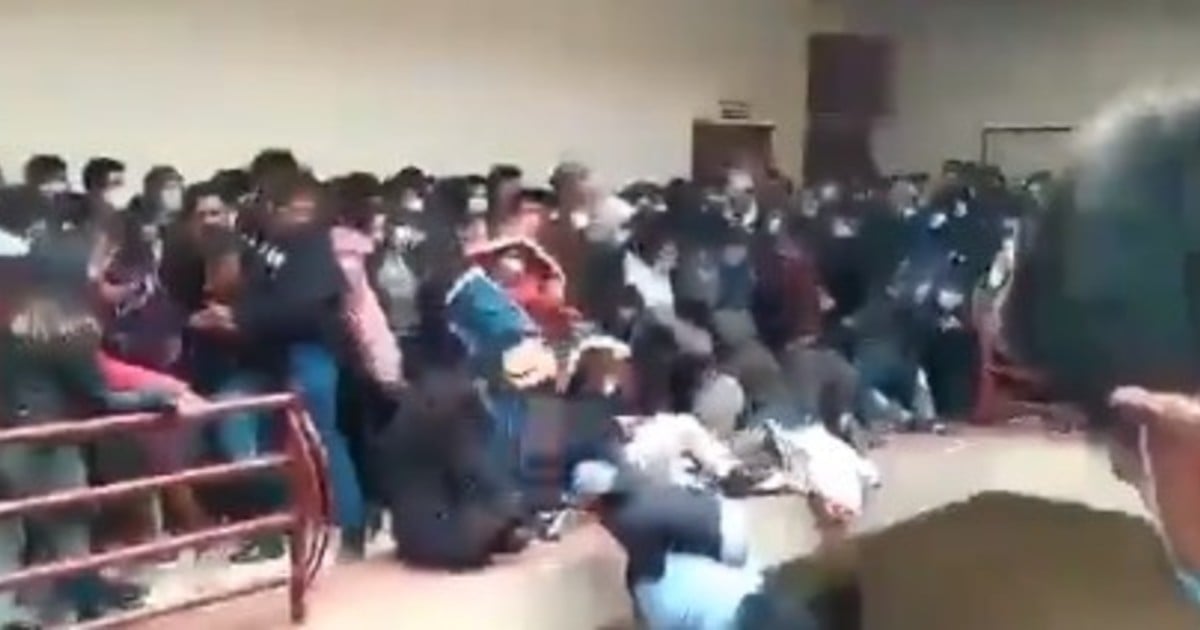 Video: a railing in a Bolivian university yielded and five students died who fell into the void

Video: a railing in a Bolivian university yielded and five students died who fell into the void 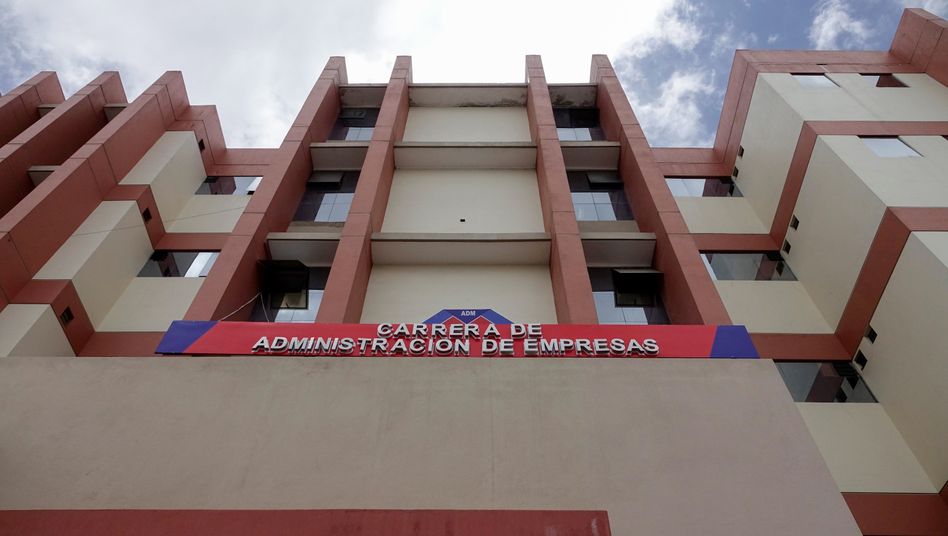 Bolivia: Seven students fall to their deaths at the university 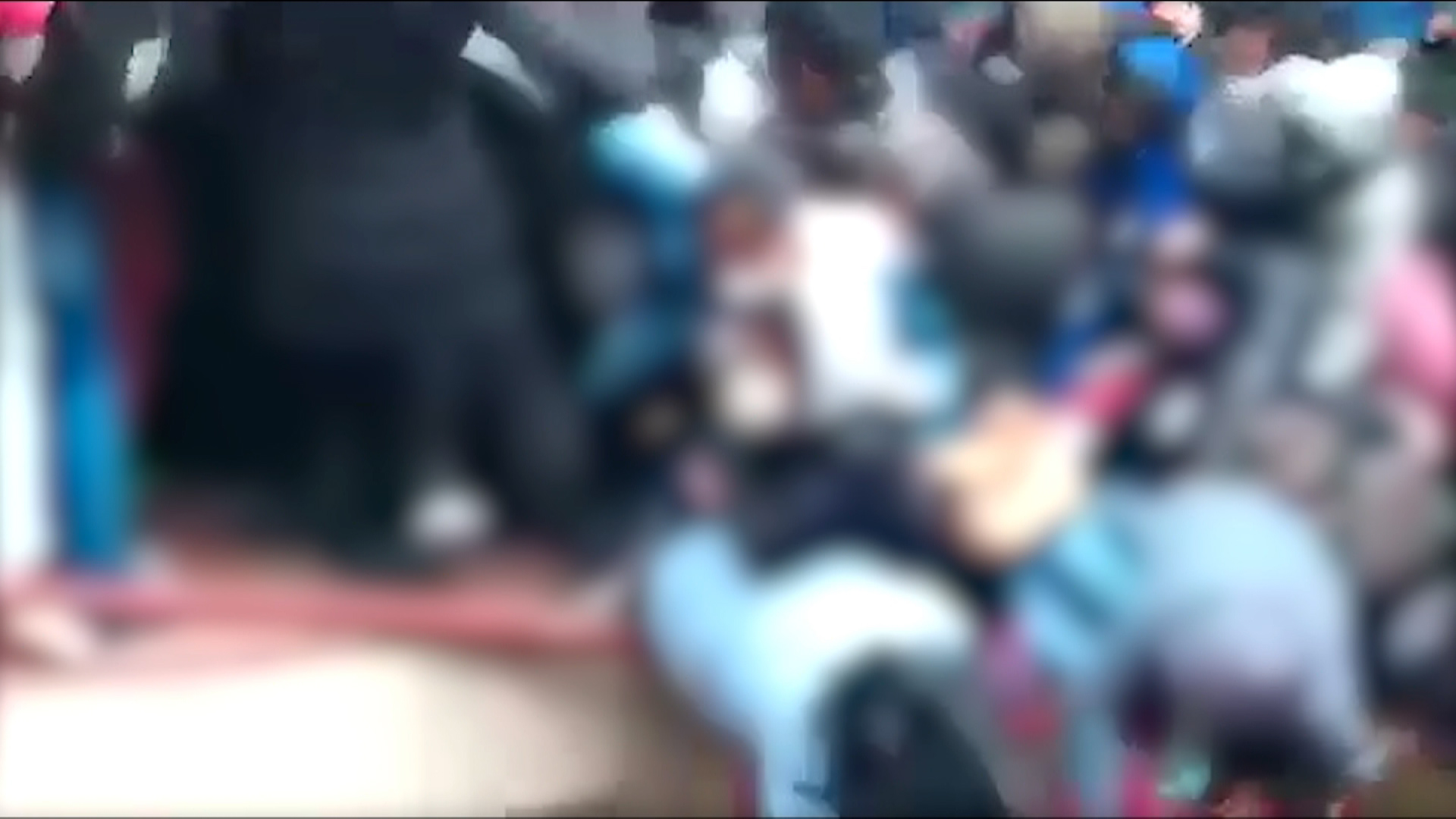 Deadly accidents in Bolivia: bus overturned in a ravine in Cochabamba and students fall from a fourth floor in El Alto | Video | CNN 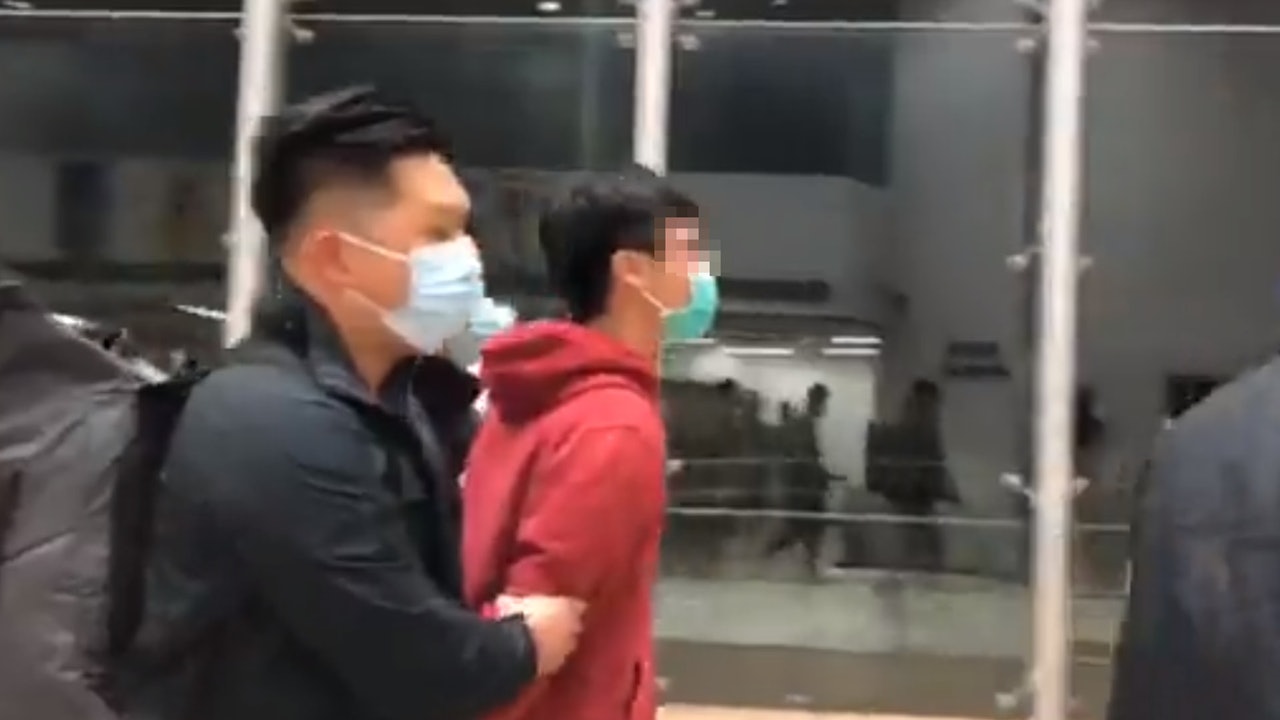