Two young men have delivered a race on a country road. They drove through a forest at more than 150 kilometers per hour. Then one of the cars came off the road. 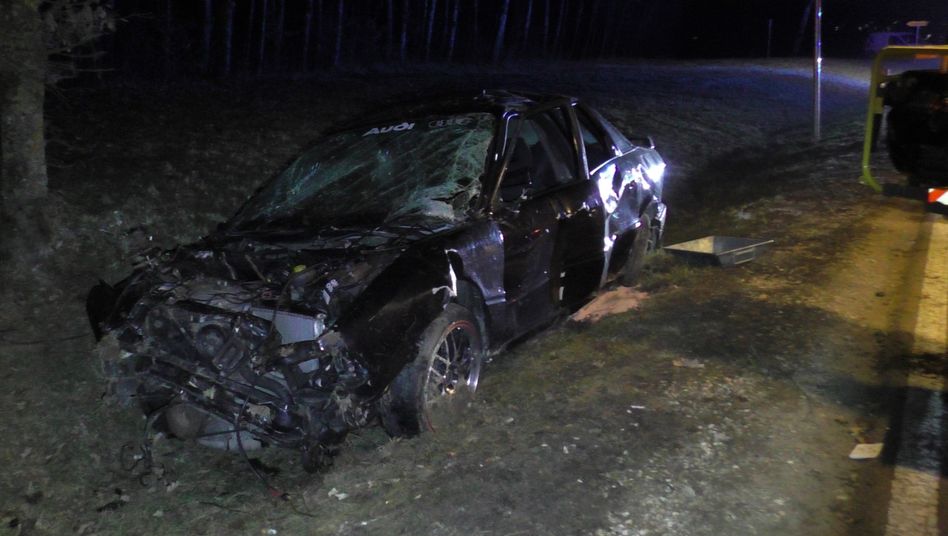 A fatal accident occurred in the Bavarian district of Dillingen on Tuesday evening.

As the police told SPIEGEL, shortly after 9 p.m., a 20-year-old and a 19-year-old driver met with a co-driver at a roundabout near Warnhofen for an illegal race.

They then drove along the county road in the direction of Bissingen, it was said.

According to the current state of investigation, they would have reached speeds of more than 150 kilometers per hour.

According to the police, the momentous accident occurred in a piece of forest: The 20-year-old driver wanted to overtake his opponent, but turned left off the lane.

The car overturned on the adjacent green strip, hit a tree, then overturned several more times and came to a stop about 50 meters further.

The 19-year-old passenger was reportedly thrown out of the vehicle.

He died of his injuries at the scene of the accident.

The driver of the accident vehicle survived but was seriously injured and taken to hospital, it said.

The driver's licenses of the two drivers were secured. After a fatal accident in a 560 hp BMW near Eching: driver (19) arrested - suspected illegal car racing