About fifty people occupy the room in the 6th arrondissement of Paris this Thursday evening. They request, in particular, the extension of

It is a highly symbolic place, a theater occupied for a month during the events of May 1968, and in 2016 during the movement against the labor law.

The Odeon is again since this Thursday afternoon by about fifty people, intermittent entertainment, workers in the hotel, events, tourism and culture sectors.

An action carried out while in Paris, as in many French cities, several thousand professionals from the world of culture expressed this Thursday their fed up with the situation.

The occupiers wish to challenge the government on their situation and demand, in particular, the extension of the white year for intermittent workers.

Open for rehearsals of "Le ciel de Nantes", Christophe Honoré's new show which should have started on March 18, the theater was taken over in the middle of the afternoon by the entry of the artists.

"About forty people entered by the rue Corneille," indicates, by telephone, Béthânia Gaschet, administrator of the place.

They settled into the foyer and played music.

: the call of professionals to Emmanuel Macron

», We can read from the square on the banners deployed on the pediment of the neoclassical building.

The police quickly sealed off the square and crisscrossed the area to prevent other demonstrators from joining them.

"The atmosphere is good kid, ensures the administrator, the police did not enter the theater, there is no tension, they just made sure that there is not too much. people to enter.

“During a break, the demonstrators went to meet the artistic team and spoke with Christophe Honoré, who was able to continue his rehearsals.

Shortly before 9 p.m., they were still going on.

One year of health restrictions

At the beginning of the evening, an "occupation GA" was scheduled to decide on the follow-up to the action.

Follow-up clearly expressed by the speeches.

"We will not go out before a national council of performing arts professionals is convened with Roselyne Bachelot and Jean Castex," Karine Huet, deputy secretary general of SNAM-CGT (National Union of Musicians Artists' Unions), told AFP. of France CGT).

At 10 p.m., the general assembly continued, in the presence of Christophe Honoré and some members of his team.

"This date was chosen because it is the anniversary date of the first restrictions in the field of culture, and because tomorrow will open the first discussions around the Gauron report, commissioned by the ministry on the white year of intermittent workers. », Explains to the Parisian Clément, musician and member of the CGT, reached by phone.

The white year, that is, the extension of compensation rights, now granted until August 2021 and that the demonstrators would like to see extended by one year.

"We are here to influence these negotiations," he adds.

"That is to say, spend the days it takes to be heard by a government that turns a deaf ear as soon as we address these points", adds Clément, who also calls for "support for other intermittents of employment, events, hotels which are forgotten and more and more in precariousness ”.

"In the event of a nightly occupation, our teams will remain on site and will ensure the security of the theater that we will not leave empty," assures the administrator for her part. 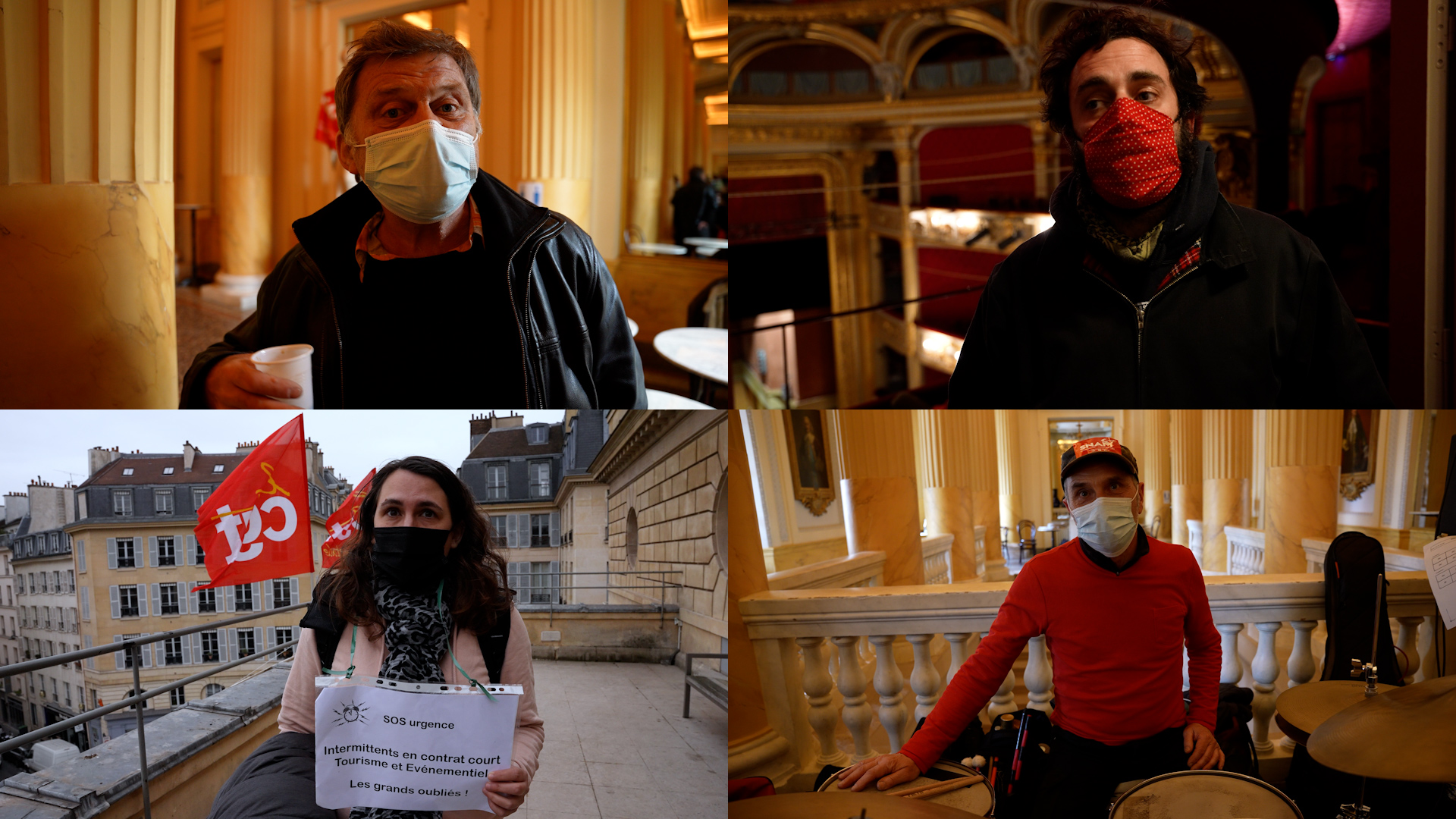 VIDEO. Occupation of the Odeon by the intermittents of the shows: "We are all in the process of dying" 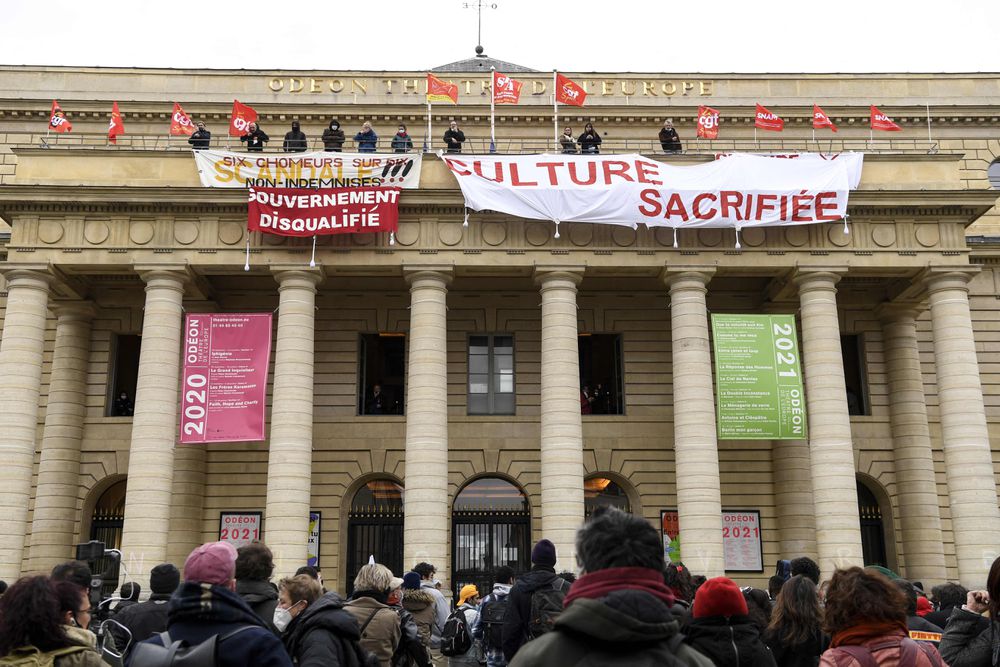 After the Odéon, the theater occupation movement spread throughout France 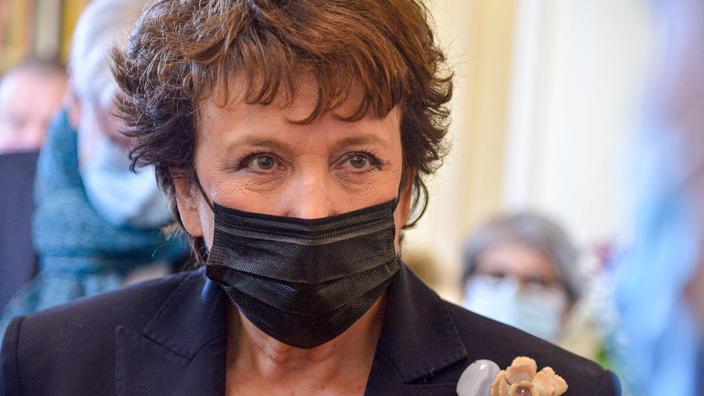 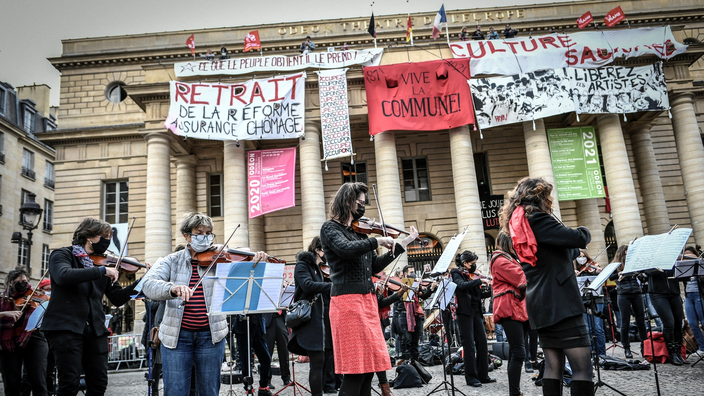 In front of the occupied Odeon, a concert of struggle for culture

Closure of cultural venues: at the Odéon theater, occupation continues 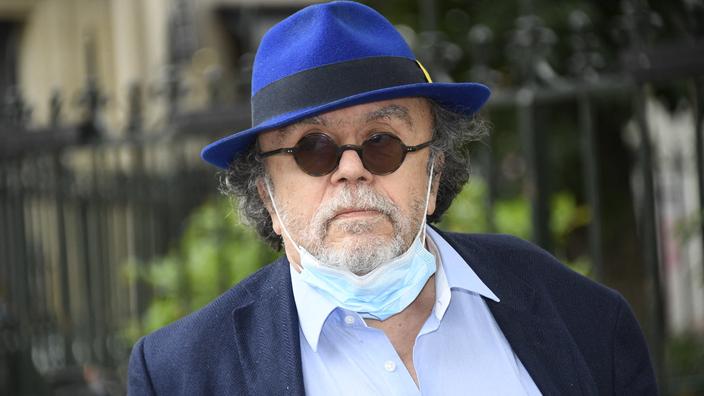 "It's more than contempt, it's indifference": Ribes protests against the closure of places of culture