Hospital staff and retirement homes shun vaccines. An attitude that the government, worried that it would compromise the

While 75% of the doses of the AstraZeneca vaccine received so far slept in fridges at the beginning of the week, the low adherence to the vaccination of healthcare workers began to annoy until the top of the State.

President Macron would even be tempted to make the immunization of health professionals compulsory.

The subject was at the heart of the ritual weekly press conference monitoring the epidemic, this Thursday evening.

"I remind you that caregivers have been eligible for vaccination since the beginning of January," said Prime Minister Jean Castex.

However, only one in three caregivers is vaccinated today.

This is not normal and it compromises our ability to fight effectively and efficiently against the virus.

When we are caregivers, it is our responsibility to protect ourselves and those we care for from a virus that can hit them hard.

Covid-19: the government "solemnly" asks caregivers to be vaccinated

"The AstraZeneca vaccine is often considered a second-class vaccine, less effective and with many side effects," notes Ahmed Karami, doctor in charge of the vaccination center for caregivers at Robert-Ballanger hospital in Villepinte (Seine-Saint -Denis).

“Caregivers set the pace for the vaccination campaign,” he continues.

At first, everyone feared that the Pfizer and Moderna Messenger RNA vaccines would interact with the genome.

As soon as the caregivers adopted them, it set things free.

It's a bit the same for AstraZeneca.

I saw some caregivers make an appointment and turn around when they heard that Pfizer had been replaced by this vaccine.

But that vision is changing with the latest feedback on this vaccine.

"We must let the movement continue"

Jean Castex and Olivier Véran wet the shirt this Thursday to convince that AstraZeneca, at the heart of the European order book, was as recommendable as its competitors.

In the medical community, to put it simply, the main supporters of the strategy are more “pro-obligation” and the workers in the field more reluctant.

Professor François Chast, Honorary President of the Academy of Pharmacy, or Professor Gilles Pialoux, Head of the Infectious and Tropical Diseases Department at Tenon Hospital in Paris, for example were in favor of an obligation.

Norbert Skurnik, president of the Hospital Medical Coordination (CMH), which brings together unions of doctors, pharmacists, psychiatrists, biologists and surgeons, procrastinates without closing the door: “The situation is changing.

In principle, I am against an obligation, because there is a lot of uncertainty and anxiety in the population.

Many caregivers are already being vaccinated and the movement must be allowed to continue.

If we reach a stage where we see that the epidemic remains and represents a danger for patients by becoming a nosocomial disease, we will be forced to take authoritarian measures.

"I do not trust": these caregivers who doubt the vaccine against Covid-19

Nursing staff are already forced to be vaccinated against hepatitis B and the specter of an imperative remedy awakens bad memories in some.

"Putting in place an obligation when significant side effects appear poses a question to me," underlines Céline Laville, president of the National Nursing Coordination, while refusing to take an official position.

During the hepatitis B vaccination campaign, some caregivers were vaccinated without checking their history or contraindications.

The union official also points to a contradiction: "It makes me laugh softly to hear that we want to make the vaccine compulsory, while in some CHUs like mine in Poitiers, vaccination possibilities were opened for 15 days, before d 'be closed for lack of doses.

Loïc Le Noc, CFDT health-social federal secretary, who notably raised the issue with home helpers, also asks for a little time: “There has been a recent positive development in vaccination rates and membership.

Communication errors and the fact that some CHUs blocked AstraZeneca did not make this vaccine very attractive.

The impetus for volunteers to be vaccinated should not be annihilated by a legal obligation.

What is currently problematic is more accessibility to vaccines for those who wish to obtain it.

Olivier Véran has decided to write to the address of all caregivers to "thank them" and especially to call them to receive their injections, as he himself had done at the beginning of February.

Before possibly taking out the heavy artillery: "If that is not enough there will be a referral to the National Consultative Ethics Committee (CCNE) which would be entitled to tell us whether to go beyond ..." 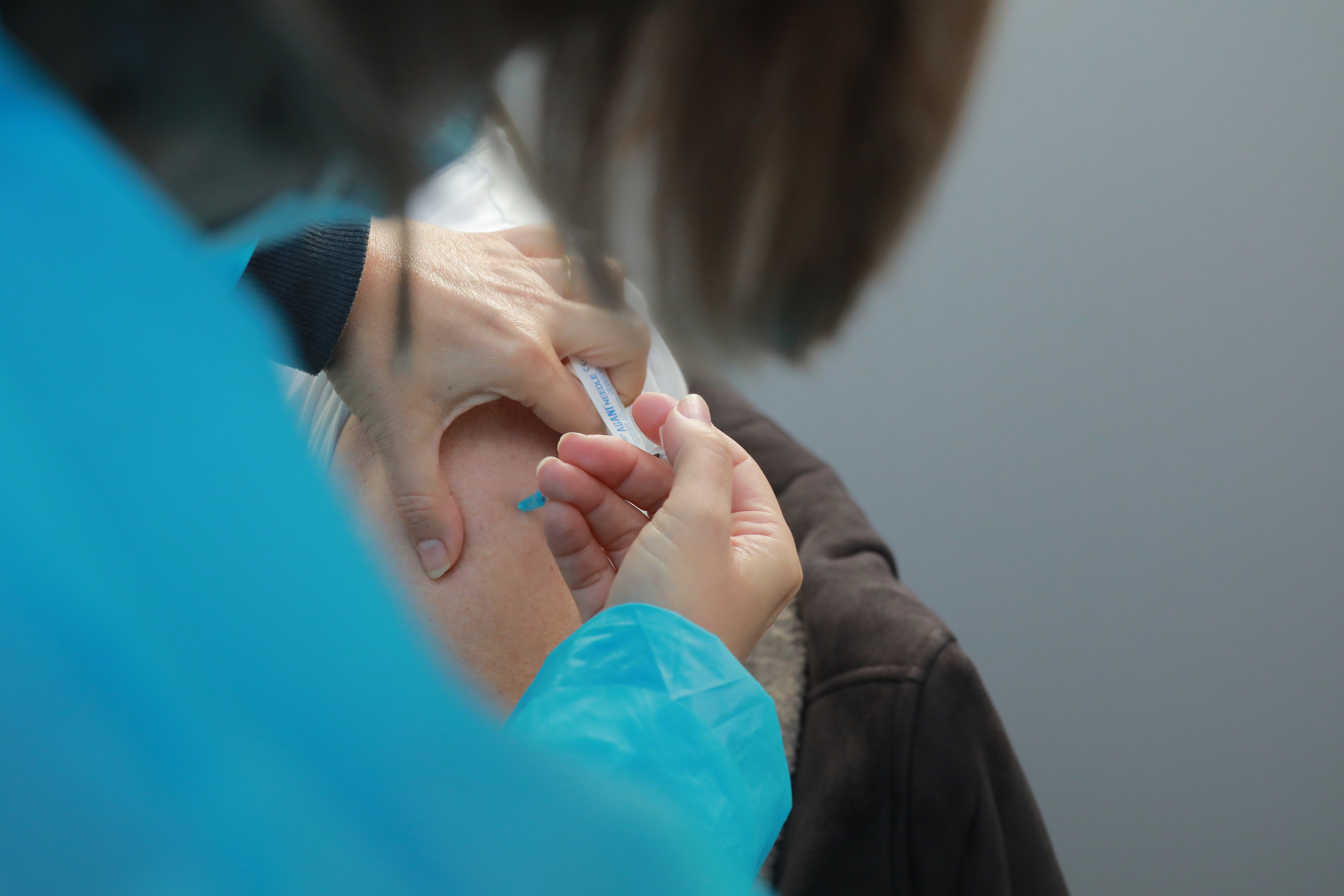 Covid-19: should we force caregivers to be vaccinated? Véran says no ... for now 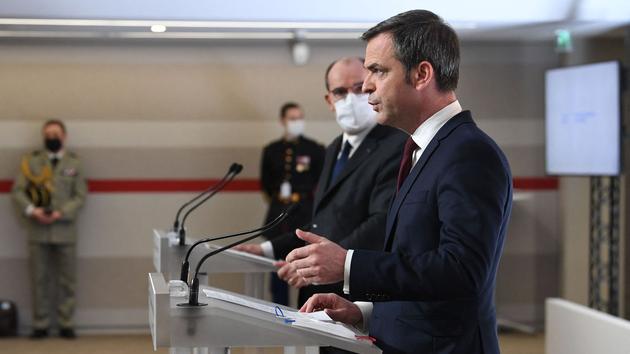 Should the injection be imposed on caregivers? 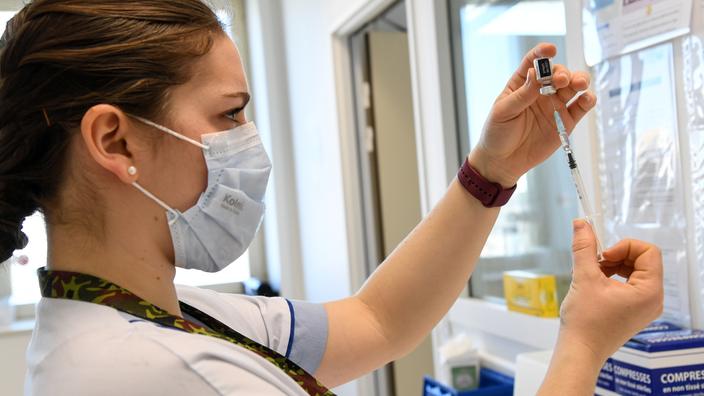 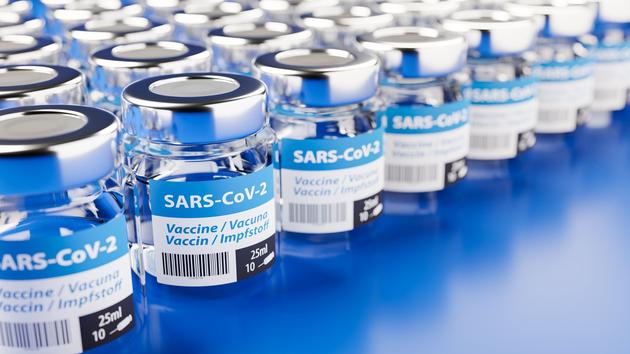 Covid vaccines: liberal doctors denounce a distribution "at the expense of caregivers" 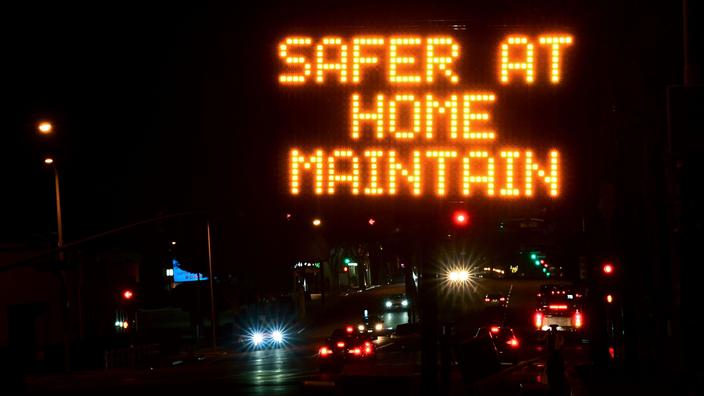 Coronavirus: England is falling apart, the United States in the hard