Germans travel almost as much as they did before Corona

Cell phone data paint a precise picture of mobility in the country. At the end of February, people in this country were traveling almost as much as in 2019 - in some federal states even more at times. 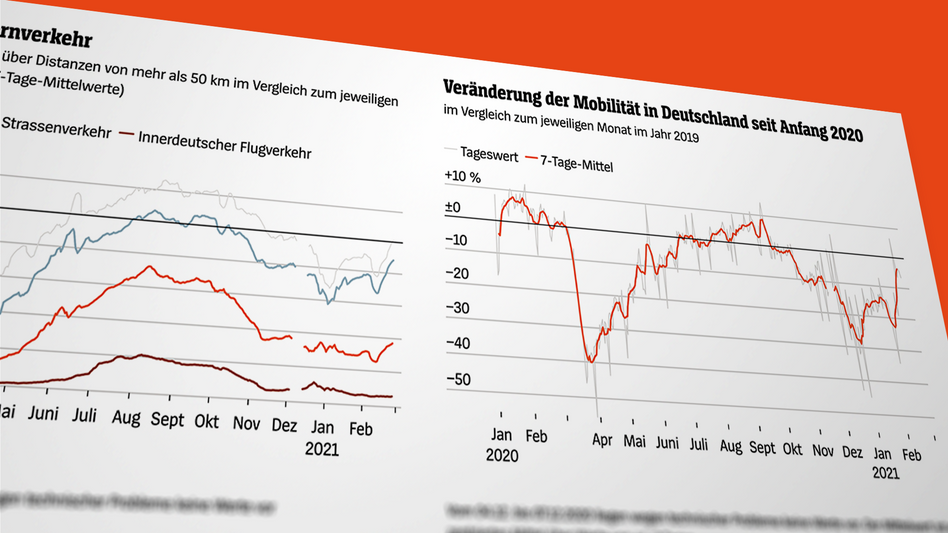 Visualization of mobility in Germany in general, as well as in long-distance traffic

Most of the shops and leisure facilities in Germany are closed, and private contacts are severely restricted.

Nevertheless, mobility in the country almost reached the pre-crisis level again in the second half of February - this is shown by evaluations based on anonymised mobile phone data published today by the Federal Statistical Office.

At the beginning of the year, people across the country were around 25 percent less on the road than in the comparable period of 2019. Since then, mobility has increased: In the first half of February, the value was 19 percent below the pre-crisis level, and in the first five days of last week it was only around 4 percent.

The fact that mobility is sometimes strongly influenced by the weather is particularly evident on February 7th and 21st.

On the first weekend in February, the onset of winter paralyzed traffic at times, especially in central Germany.

On February 21, however, temperatures of up to 20 degrees were measured in many places across Germany.

Obviously, many used Sunday for trips outside.

For the first time since autumn, mobility across the country was above the level of 2019.

However, the influence of the weather on mobility also shows that no direct conclusions can be drawn about the infection process from the sheer number of movements.

It is very relevant for the development of the pandemic whether people are inside or outside and how many other people they get and how close.

This is not recorded by the data presented here.

Nevertheless, a look back a little further shows that mobility was much lower, especially during the first shutdown in spring 2020:

At the end of March / beginning of April 2020, people were on average around 40 percent less on the move than in 2019. By the summer, mobility behavior gradually normalized and in late summer was even slightly above the previous year's level.

The evaluations by the Federal Statistical Office not only allow conclusions to be drawn about the number of movements, but also provide information on how the type of mobility has recently changed as a result of the pandemic.

In general, the decline in mobility is greater at night than during the day.

The closure of restaurants, bars and leisure facilities as well as the private contact restrictions seem to have a stronger effect than the home office regulations.

In the last week of February, mobility at night was 13 percent below the level of 2019. During the day, however, the decline was only four percent.

The greatest declines during this period were observed in Hamburg (-18%) and Berlin (-15%).

The changes are remarkable if one considers long-distance journeys separately:

It shows how much further travel by train or plane is still avoided.

Despite the general upward trend, the decline in domestic German air travel in the second half of February was around 94 percent, according to mobile phone data, and around two thirds for rail travel.

Data foundation Up arrow Down arrow

The mobility analysis of the Federal Statistical Office is based on anonymized and aggregated mobile phone data from the network of the mobile phone provider Telefónica, which are processed by the company Teralytics.

The data contain the number of movements between the respective origin and destination regions (district or municipality) for a specific period (day or month).

Movements are recorded when a mobile device changes radio cell.

The target region of a movement is reached when the mobile phone remains in a cell for at least 30 minutes.

Movements can therefore also be recorded within a region, provided that the radio cell has changed in the meantime.

You can read a more detailed description of the data basis and methodology here. Holidays 2021: is Mallorca still in demand this year?

Holidays in 2021 despite Corona: is Mallorca still in demand this year?

Holidays 2021: is Mallorca still in demand this year? The desire to travel continues despite the corona pandemic: the majority of Germans want to travel before July

The desire to travel continues despite the corona pandemic: the majority of Germans want to travel before July

Going on vacation over Easter? Which trips are still allowed in 2021

Going on vacation over Easter? Which trips are still allowed in 2021 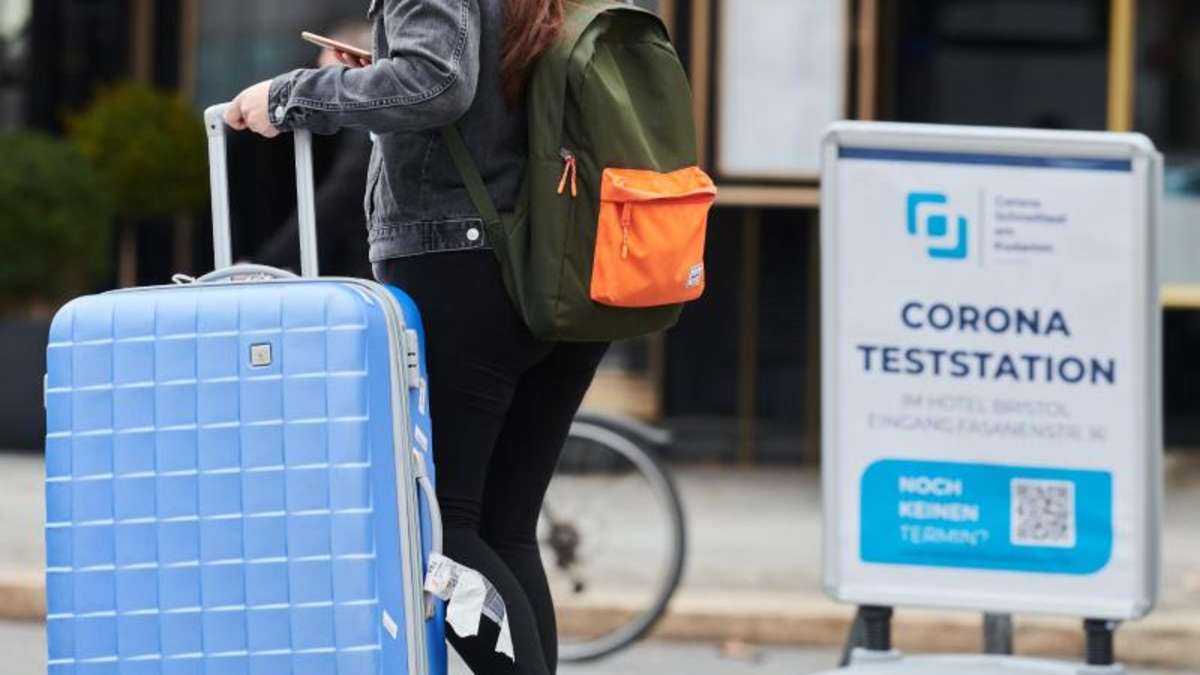 On vacation at Easter? Which trips are still allowed in 2021