(HANDLE) Adrenaline, freedom and independence: for women the bike is this and much more. In fact, in the world there are more and more communities and social initiatives for women based on the sharing of this passion. From Australia to Venezuela passing through India, Saudi Arabia, Zimbabwe and up to the Bel Paese. There are many reasons that push women to whiz together on two wheels: the desire to give th 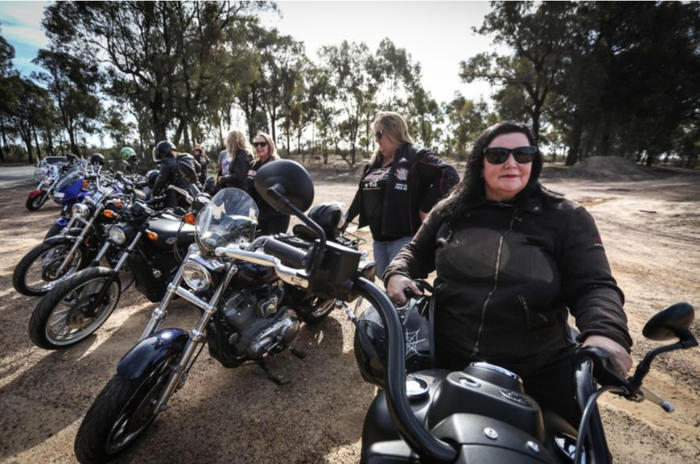 Adrenaline, freedom and independence: for women the bike is this and much more.

In fact, in the world there are more and more communities and social initiatives for women based on the sharing of this passion.

From Australia to Venezuela passing through India, Saudi Arabia, Zimbabwe and up to the Bel Paese.

There are many reasons that push women to whiz together on two wheels: the desire to give themselves a second chance after having lived through difficult family conditions, the common dream of going around the world on a motorcycle, the desire for emancipation and independence, the fight against stereotypes and prejudices of a still very male-dominated society, the mission to spread educational and formative messages.

And even in Italy, two-wheelers are becoming more and more feminine: an example is BikerX, the first IMF-certified safe driving school on the road, founded by a woman.

"The passion for motorcycles has always accompanied me, but only a few years ago I finally found the courage to get on the saddle - explains Eliana Macrì, founder of BikerX - Opening a safe driving school was a further step forward, the realization of a real dream in the drawer.

The sense of freedom that the bike ensures, in fact, is a wonderful feeling, but it must not be forgotten that when you are in the saddle, safety must always be put first.

That's why it's never too late to take courses like these ”.

In Australia, on the other hand, The Bendigo Girl Riders was born, a group of over 100 women united by complicated life stories characterized by divorces and domestic violence that whiz together driven by the desire for redemption and to take back their lives in their hands.

Determination and courage also pushed the more than 3000 members of Women Riders World Relay to race together to fulfill a common dream, that is to go around the world on two wheels: starting from the extreme north-east of Scotland and going down across the UK, they crossed all 5 continents.

Not only that, stories of emancipation and independence even come from the rural areas of Zimbabwe where the adoption of five-seater electric tricycles by the start-up Mobility for Africa has improved the living conditions of families: this vehicle called "Hamba" has allowed them to transport and sell produce grown in markets far from the villages and to bring drinking water to their homes much more easily.

In Saudi Arabia, a country where until two years ago driving was the exclusive prerogative of men, driving schools have been created where women can experience the thrill of two wheels.

There are numerous initiatives from various motorcycle manufacturers and non-profit associations around the world committed to breaking down stereotypes and prejudices related to bikers, especially in developing countries.

An example comes from Venezuela where, in response to a still very male-dominated society, the group of Ratgirls, the bikers of Caracas, was founded: they travel in groups like a big family to reduce the danger of aggression and are distinguished from black leather jackets. with the embroidered word "Long life".

Not least is Pakistan, where the Women on Wheels program, which involved more than 5,000 participants, was born with the aim of helping to reduce stereotypes and taboos by bringing out values ​​such as freedom and independence.

A goal also shared by We for Women, the initiative of Royal Enfield, an Indian manufacturer, which supplied their motorcycles to the policewomen of Bangalore, allowing them to emancipate themselves within the police force.

Remaining in India we should also mention the example of Sarika Mehta, founder of Biking Queens, who has chosen two wheels as a means to spread educational messages and female empowerment during biker rallies and in rural areas of the country.

In 2019 the Biking Queens completed the journey from India to London by motorbike in 89 days, crossing 21 countries accompanied by the claim “Ride for Women's Pride”.

Furthermore, during the health emergency caused by Covid-19, they supported local communities by distributing food and basic necessities.

A similar story also comes from Nairobi, Kenya, where the Piki Dada club, in the local language "sisters of motorcycles", was born with the aim of bringing the world of women closer to two wheels.

Here is the world map of women's empowerment on two wheels:

1. United Kingdom: a dream to share - 79 countries in 333 days: this is the itinerary of the world tour that involved the Women Riders World Relay community, highlighting how strong the determination and collaboration between women is .

2. Zimbabwe: the motorcycle that makes you independent - The start-up Mobility for Africa has improved the living conditions of families in rural Zimbabwe through the adoption of five-seater electric tricycles, which have facilitated the transport of cultivated products and drinking water.

In addition, they spread educational and training messages on the world of motorcycles.

4. Saudi Arabia: one more step towards freedom - In the country that abolished the ban on driving for women only two years ago, driving schools have sprung up where they can experience the thrill of getting on two wheels, despite driving licenses cannot yet be issued.

5. Pakistan: on two wheels against stereotypes - The Women on Wheels program involved more than 5000 participants and was founded with the aim of breaking down stereotypes and taboos and allowing women to feel free and independent.

6. India: security and emancipation are the keywords - The motorcycles provided by the We for Women initiative to the policewomen of Bangalore have contributed to greater emancipation within the police force.

Biking Queens, on the other hand, are committed to spreading educational messages and female empowerment in schools across the country.

7. Australia: redemption, desire to give oneself a second chance - This is the case of The Bendigo Girl Riders, a group of over 100 Australian women who share complex family histories characterized by divorce and domestic violence.

8. United States: girl power whizzes by - It is impossible not to notice the Caramel Curves, the New Orleans girls with eccentric personalities and sparkling outfits, who spread messages of empowerment on their motorcycles and organize cultural and social initiatives.

9. Venezuela: the fight against prejudices - The Ratgirls of Caracas can be recognized by the wording "Long life" on their jackets, a group created in response to verbal violence, provocations and prejudices of a male-dominated society: they travel in groups to reduce the danger of aggression. 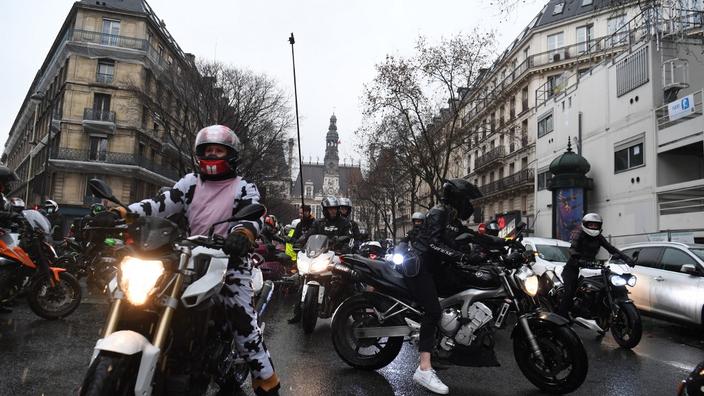 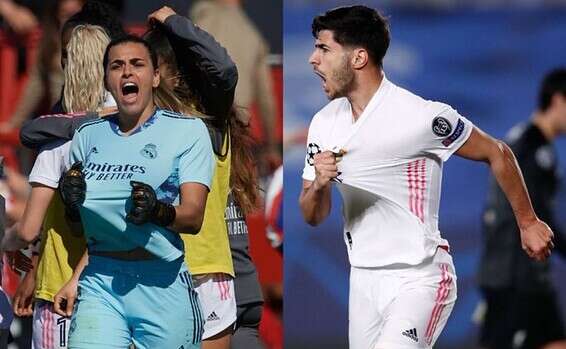 Equality that is all about victory: Real Madrid for "Mass" | Israel today 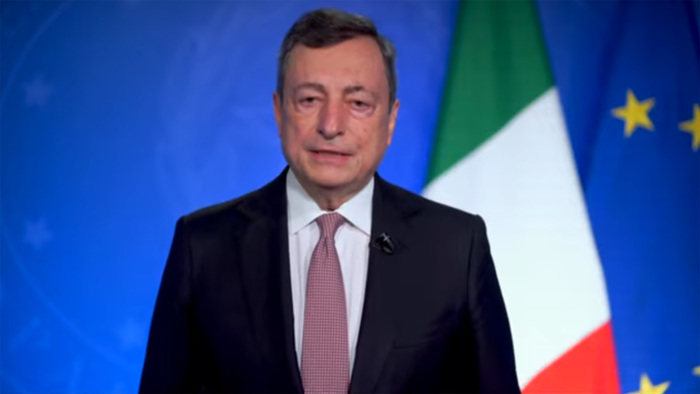 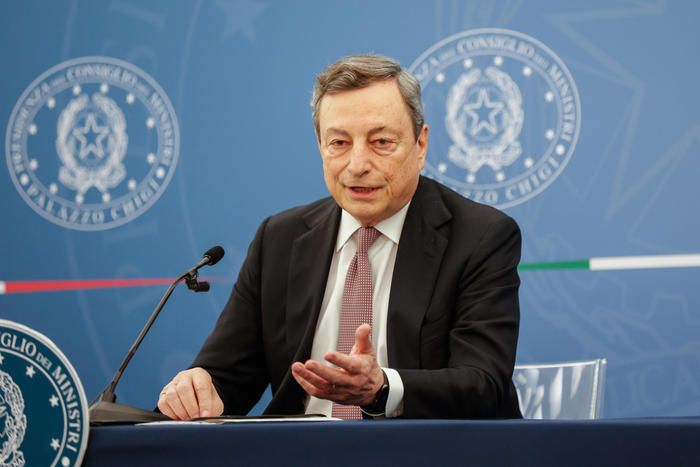 G20 Conference Women, Draghi: 'We have obligations to the global community' 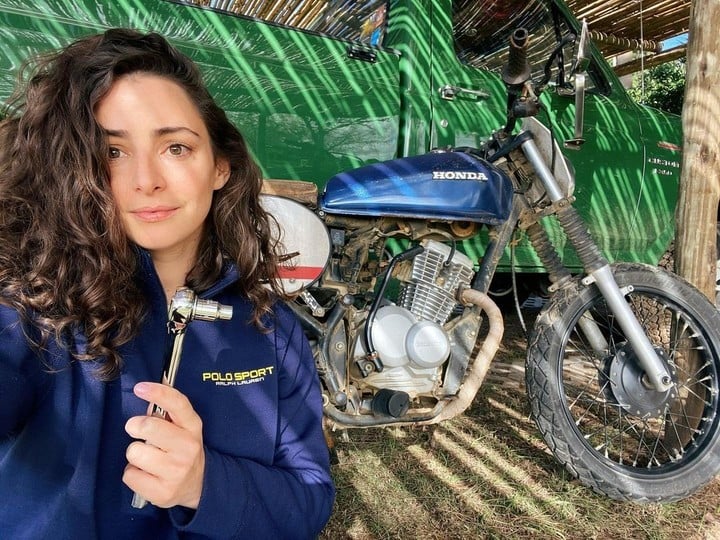 Virginia Guidetti, the haute couture model who sold land to compete in the Argentine Superbike 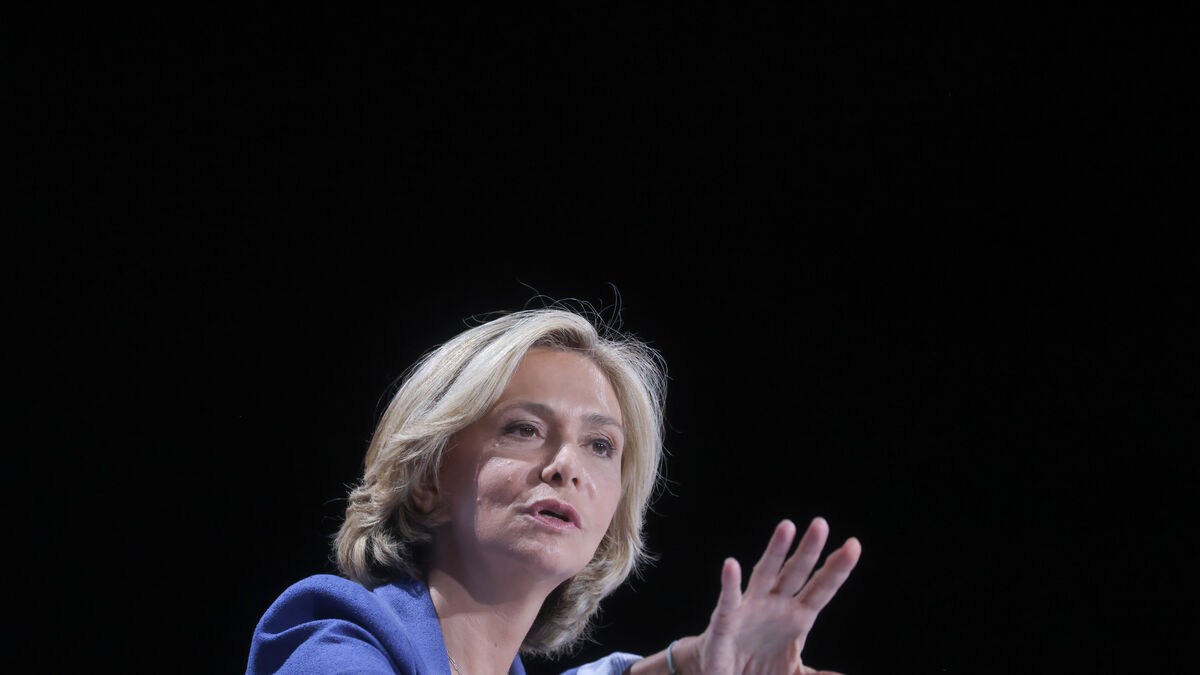 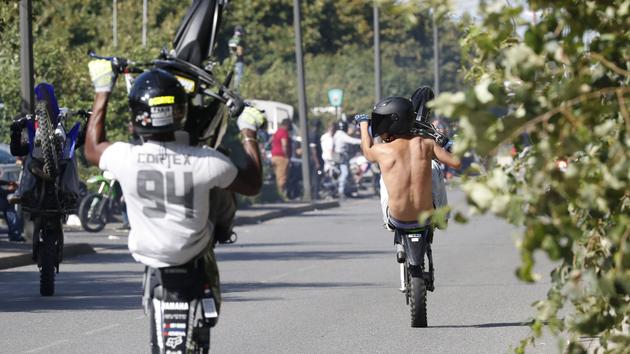 Wild rodeos: in Lyon, this scourge has migrated from the suburbs to the city center