The investigation was activated after detecting that a small group of vaccinated developed this reaction. They study the role of a 'very rare' antibody. It is one of the vaccines that Argentina bought. 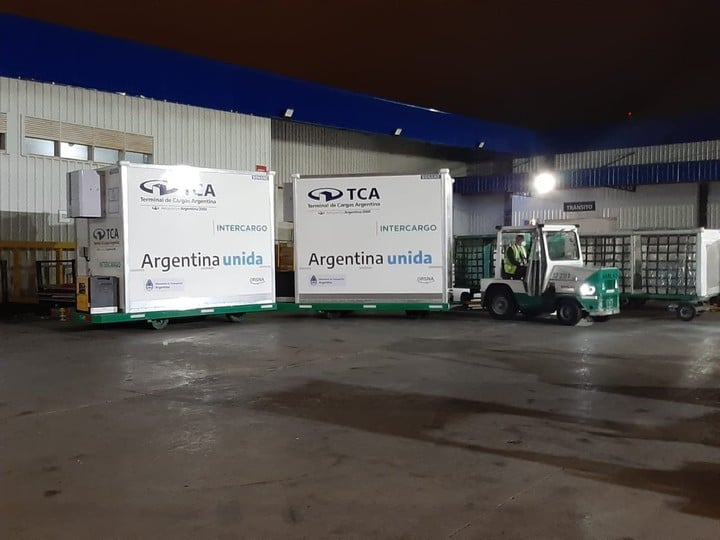 Science does not yet know "what causes this reaction."

"Now we can say it, it is clear that

there is a link with the vaccine

," Marco Cavaleri, head of vaccine strategy at the EMA, told the Italian

The declaration had an impact around the world, not only in the United Kingdom -the headquarters for the development of the technology of this formula-, and particularly in Argentina, where it is not only applied but partly manufactured and

The Covishield vaccine, which also arrived in the country, is also the same AstraZeneca vaccine but made in India.

In Cavaleri's words, it is not yet known why it happens.

"We are trying to get an accurate picture of what is happening, to precisely define this syndrome due to the vaccine (...) Among those vaccinated, there is a greater number of cases of cerebral thrombosis in young people."

This suspicion of possible serious side effects has been hovering for several weeks, following the observation in people vaccinated with AstraZeneca of cases of

In the UK, there have been 30 cases and seven deaths out of a total of 18.1 million doses administered as of March 24.

The only batch of 580,000 Covishield vaccines that arrived in Argentina in February.

It is the same vaccine as the AstraZeneca.

But, so far, the EMA argued that "no causal link to the vaccine has been proven," although it is "possible," and that

the benefits of coronavirus vaccination always outweigh the risks.

For Paul Hunter, a specialist in medical microbiology at the University of East Anglia, interviewed by AFP, "the evidence points rather in the direction that the Oxford-AstraZeneca vaccine is in fact the cause."

As a precaution, several countries

They are France, Germany and Canada.

Norway and Denmark have suspended its full use, "momentarily".

For its part, AstraZeneca assured that "there is no evidence of aggravation of the risk", and last Saturday it assured that the "safety of the patient" is its "main priority".

Today the link does not "cancel" the vaccine

The Pharmacovigilance Risk Assessment Committee (PRAC), which monitors and evaluates the safety of medicines for human use authorized by the EMA, has meetings scheduled from Tuesday to Friday

only to evaluate cases of thrombosis in those who received this vaccine. .

Everything would indicate that this week - there is even talk of this Wednesday - the report of its updated evaluation on the safety of AstraZeneca would be released.

In their last meeting, last Wednesday, the PRAC did not rule out a cause-effect relationship, but also did not find clear evidence of a link between AstraZeneca and the development of blood clots with low platelet counts.

Thus, EMA continued to consider that the benefits of this vaccine against the coronavirus, a disease that is close to 60,000 fatalities in Argentina,

continue to outweigh any risk

due to side effects.

"I think that in Argentina the benefit will be prioritized over the risk. Because this direct link between these thromboses and the vaccine was not proven,"

Pablo Pratesi, head of Intensive Care at the Austral Hospital

Pratesi explained that "coagulation is

a clash of forces

, between what the body needs to clot, for example, if we cut a finger, and what should not clot, so that we do not die from thrombosis. There has to be that balance" .

Finally, the expert added: "From what I read about the cases, there is no direct cause between the formation of these atypical clots and the administration of Astrazeneca doses."

A nurse with a vial of the AstraZeneca vaccine in Berlin.

The first thing to understand, explains Rosa Reina, the president of the Argentine Society of Intensive Care (SATI), is that disseminated intravascular coagulation "is one thing and the syndrome that Astrazeneca is supposed to produce

The first is "multifactorial" - it can occur from after a trauma in a car accident to an infection or a contraindicated drug for the person - and is given by "thrombi" in the body produced by a cascade of mediators that activate the coagulation.

"What is being studied about this vaccine is that

it would generate an antibody, very rare

, that would be produced against one of the factors that would favor coagulation: anti-PF4", details Reina.

This syndrome is very similar to the one that occurs as a reaction - "rare, very rare", insists the doctor - in those who receive heparin, to prevent the formation of clots.

one case in a million or a million and a half patients.

It is very rare. And the same process is being investigated in those who received the vaccine and developed this atypical thrombosis. When none of these people was medicated with heparin. But it remains to be investigated. Likewise, there are

30 cases for every two million vaccinated,

"The crucial question remains whether it is post-vaccination or pre-vaccination defections ... We must

err on the side of caution

. It is prudent to hit the pause button as a precaution," said Dutch Health Minister Hugo de Jonge, who He noted that "there can be no question about the safety" of the vaccines.

The researchers so far have not identified a risk factor such as age, gender or a previous medical history of blood clotting disorders, that could explain these rare cases - the words they use are "strange clots" - of thromboembolism that occurred after vaccination. .

"Vaccinated people should be aware of the

of these very rare types of blood clots. If they have symptoms that suggest clotting problems as described in the product information, they should seek immediate medical attention and inform the health professionals about their recent vaccination, "stressed the EMA.

This agency is analyzing all the suspected cases of unusual blood clots that the national authorities of each European country reported in recent weeks.

Austria was the first to recall a specific batch of AstraZeneca

after a person was diagnosed with multiple thrombosis and died ten days later, having previously received an injection of this vaccine.

Oxford and AstraZeneca suspend child trials of their coronavirus vaccine

A home coronavirus antibody test is authorized for the first time 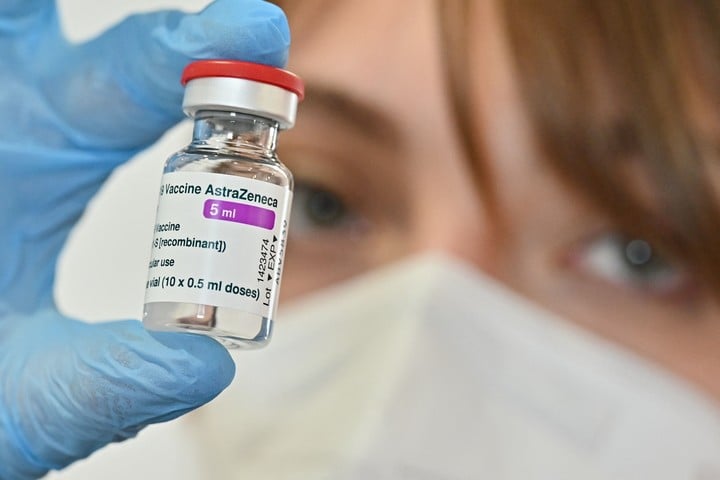 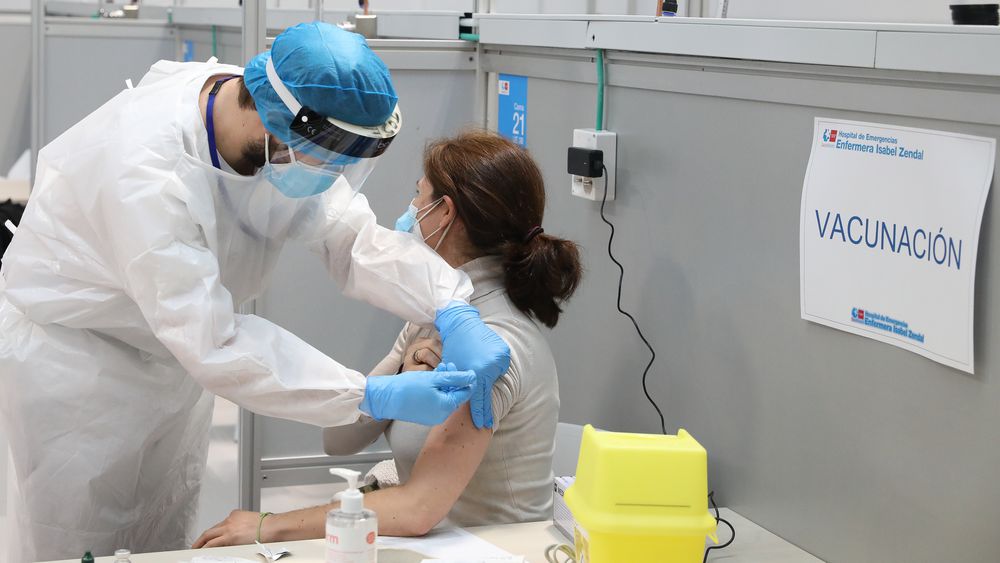 Why is it being discontinued? Who have received it in Spain? AstraZeneca Vaccine Questions and Answers 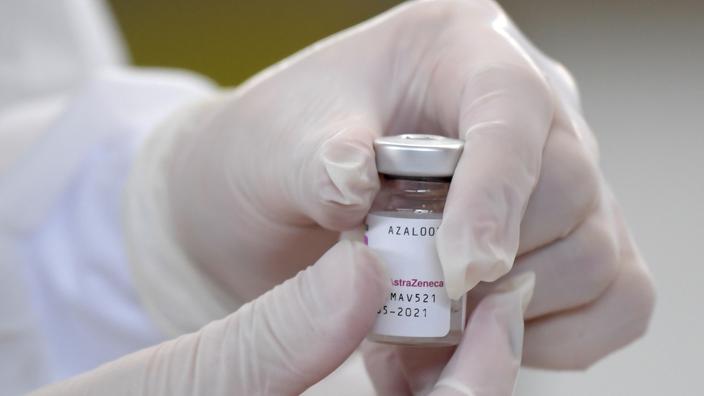 Covid-19: the risk / benefit balance weighs "largely" in favor of the AstraZeneca vaccine according to the WHO 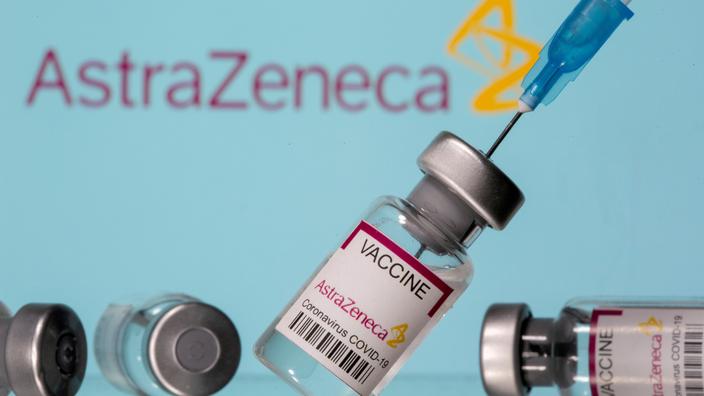