Back to the life before in Portugal: "The coffee this morning on the terrace, too good!"

The long-awaited reopening of café and restaurant terraces, as well as colleges and museums, marks the second phase of the deconf

The best ally of a terrace is good weather.

The sun, at the rendezvous for the reopening of the Lisbon terraces, was bread blessed after several weeks of a very tense situation.

“I was looking forward to the possibility of moving here.

Coffee this morning, beer at the end of the day.

For everyone, customers and restaurateurs, ”exclaims Miguel.

“We've been waiting for this for almost three months,” he says.

His favorite terrace is that of La Mourisca, a restaurant on Place de Graça, one of the districts in the center of the capital, not far from Saint-Georges Castle.

The owner installed the 80 tables of his “esplanade”, the name given in Portuguese to the terraces.

It is a relief.

It was difficult, but I kept the sixteen employees.

Everyone is here this morning.

All hygiene measures are taken.

Now we just have to hope for the return of customers, ”says Joao Silva.

In the first room of the restaurant, the chairs overturned on the tables are surrounded by a white and red band.

The instructions are respected: no one inside, except the waiters.

Behind the counter at La Mourisca, Carlos Silva, the restaurant owner and Joao's father, peels shrimp.

"Did you guess what the dish of the day is?"

Go for shrimp rice, a tasty specialty from Lisbon.

After two months of general confinement to deal with a violent third wave of the Covid-19 epidemic, Portugal began in mid-March a gradual and differentiated unlocking according to the sectors of activity which continued Monday with the reopening of museums, colleges and café terraces.

After a record of nearly 16,500 new daily cases at the end of January, the health situation in this country of just over 10 million inhabitants has greatly improved.

According to the latest official report published on Sunday, Portugal recorded 4 deaths and 193 new confirmed cases of contamination in 24 hours.

However, local authorities remain cautious in this phase of deconfinement which lasts until May.

The only thing missing is the tourists ...

The tables and chairs that Joao skillfully bricks glow in the sun.

Barely time to stop to answer questions, all smiles.

“Customers have been waiting for this for two weeks since it was announced.

We never closed because we had the right to serve on the doorstep or for take-out.

But it is not the same.

And there, really, it is the return to normality ”, exclaims the young waiter of Botequim.

In the Chiado commercial district, in the very center of the capital, there is a relaxed atmosphere.

Even standing in line in front of stores that let customers in in a dribble fashion doesn't make anyone give up.

Not all the shops are open, some have gone out of business, others have moved because of the health crisis.

On Rossio Square, below Chiado, the cafes have not reopened.

A large part of the clientele is absent: tourists.

They are not yet really welcome, because Portugal, which went through a serious health crisis in January and February, is wary.

And fourteen days of quarantine are imposed on certain countries including France.

While waiting for their return, the people of Lisbon have started to reclaim their city.

For their greatest happiness.

Back to the life before in Portugal: "The coffee this morning on the terrace, too good!" 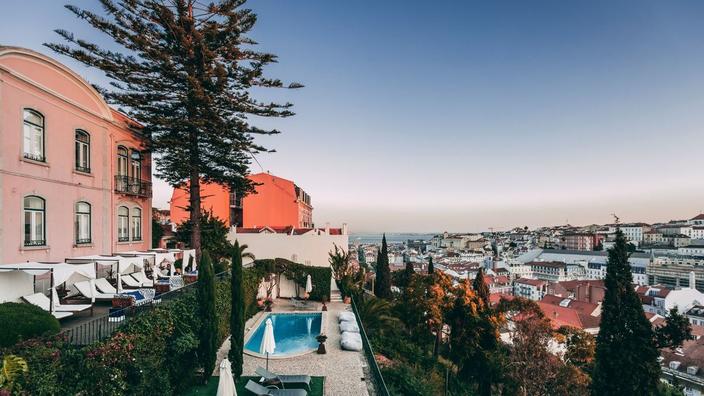 Coffee: These five mistakes should never happen when making coffee - otherwise it will be bad