The archbishop emeritus of Toledo, Braulio Rodríguez, who left office in 2019, ignored for at least five years the notices of alleged abuses from a priest of the Santo Tomás Villanueva minor seminary in the La Mancha capital about one of the students, who was 15 years old. at that time and he denounced him when he was of legal age, according to the judicial documentation to which this newspaper has had access.

The victim reported the abuse to another priest in 2009 and then her mother told several priests she trusted and the archbishop himself in 2010. However, Rodríguez did not take any action, it is unknown if he informed the authorities, and maintained the priest in the center, in contact with minors, until 2015. Asked about his version of the events, late this Wednesday the archdiocese only specified that “from the moment the events became known, the previous archbishop proceeded , with full respect for the principle of presumption of innocence, in accordance with current canonical legislation ”.

However, he did not answer questions from this newspaper about when he learned of the accusations and why he kept the priest in his post.

Nor has he clarified whether he opened a canonical process and informed the Vatican, as was his obligation.

He assures that there are no more complaints against this religious.

The case, after almost five years, is pending for the Provincial Court of León, where it is instructed, to decide whether to accept the appeal of the Prosecutor's Office to reopen it after the provisional dismissal in the first instance.

The investigation takes place in León because the young man filed the complaint in this province, when one of the abuse episodes took place there.

In her car, the prosecutor assures that the Church "preferred to remain silent, even transmitting to the mother of the victim the Archbishop of Toledo, before whom he related the facts, that what his son was saying was due to 'his disordered affections' and that I would put him in prayer ”.

Rodríguez kept the priest in the seminary, a boarding school for secondary and high school education, until in 2015 he named him rector of the church of San Ildefonso and sanctuary of the Sacred Hearts of Toledo.

According to a priest from the study center who has testified, the accused "was taken" from the seminary.

The young man filed a complaint in 2016, already of legal age, against the priest, PFRR, who denies the accusations, and the investigation has been extended to the present day.

Despite the procedure opened for an alleged crime that entails a penalty of 8 to 12 years in prison, the priest has continued in his position these years and has directed spiritual retreats.

The new archbishop of Toledo, Francisco Cerro, has also not taken action and even appointed him a member of the vicarage for the clergy six months ago.

On the internet you can find videos of him with training talks and conferences, as well as a podcast of spiritual exercises.

The archdiocese assures that "the current archbishop, upon learning of the situation, is applying the formulary published by the Congregation for the Doctrine of the Faith."

Five psychological reports, including those from the psychosocial team and the court's forensic team, have confirmed that the complainant has suffered abuse.

However, the head of the Court of Instruction number one of La Bañeza, León, has dismissed the case based on a new report that indicates that "there is no unequivocal causal relationship" between the trauma and the events denounced.

The boy entered the seminary in 2003 and the priest came to the center the following year, as a spiritual director.

It was then, as of 2004, when he began to have a relationship with the minor, who suffered from bullying problems.

In this way, the priest became his person of trust, according to the prosecutor: “Since he met the victim, he became her spiritual director and confidant and since 2006 their meetings were regular.

In February of that year, when she was 14 years old, she kissed him for the first time on the mouth;

and in summer, taking advantage of a visit to the minor's town, he kissed him again.

They slept in the same room and when they kissed him he told him that he kissed him like his father, so it was not a sin ”.

Then the priest gave him a mobile with 100 euros and they talked every night.

That summer they slept together again at the world meeting of families organized on the occasion of the visit of Benedict XVI.

It was in Puzol, on the outskirts of Valencia, and the touching was repeated.

Days later, the Apostolic Missionaries of Charity went together to some spiritual exercises in a residence for nuns in La Bañeza, León, where the priest acted as advisor.

In the following months the abuses were repeated, also in the minor seminary of Toledo.

The situation continued until 2007, when the complainant told the priest that he liked a girl and did not want to see him again.

He later told his family about it and finally filed the complaint years later.

The accused priest: "I really don't deserve to live"

The priest, according to the Prosecutor's Office, was “a friend, and almost part of his family, a trusted person whom they appreciated and who came to visit them whenever the minor was with them, until they learned what he had done with your son".

On one occasion the priest came home with the minor at three in the morning and told them that they had been praying.

In 2009 the young man had an exchange of messages with the priest that the Police extracted from his mobile and in which he recriminated what had happened.

"I really do not deserve to live," replied the priest, as recorded in the documentation.

A surprising detail of the priest's defense is that he has contributed to the cause some writings of the minor, which the priest kept in his possession, in which he tries to demonstrate a supposed mental imbalance of the boy because in them he speaks with God and the Virgin.

The forensic reports denied them any validity and the judge has not considered them relevant either.

Given the decision of the investigating judge to archive the case, the Prosecutor's Office recalls that the statement of the young man meets the requirements for it to be considered direct evidence, as it is coherent, convincing and without there being a spurious motive derived from the relations with the defendant.

It also points out that there is an aggravating circumstance of prevaluation, since the accused has a superior relationship that he would have taken advantage of.

In this sense, the psychosocial report of the Legal Medicine Institute of León y Zamora is clear: “A situation of continuous sexual abuse is detected in which the evaluated person is in a position of special vulnerability and asymmetry of power with respect to the accused, due to his young age, the situation of need for emotional support due to the insecurity caused by the rejection of his peers and the situation of bullying and living with the accused in a closed center.

(…) The accused succeeding in annulling and isolating the complainant so that he could have his only support and manipulating the affective bond with the minor ”.

The forensic psychologist diagnosed the complainant with an anxious depressive disorder and affirms that he does not observe psychic pathology so as to "doubt the veracity of his testimony."

It concludes that "the statements constitute valid and sufficient proof and contain a large amount of details and criteria of reality."

In the past, the accused served as parochial vicar in Villacañas, Toledo, in the 1990s.

He also went through the minor seminary of Mora, in the same province.

Later he was transferred to Granada, where he was pastor of the church of Nuestra Señora de Gracia, in Guadix.

He then returned to Toledo and was appointed spiritual director of the minor seminary in 2004. He also made visits to the seminary in Moyobamba, Peru, the last time last year.

In this town the diocese of Toledo sends priests as missionaries.

One of them was arrested for child abuse in 2017 at the local John Paul II seminary, where he was spiritual director, but was eventually acquitted and returned to Spain, according to information from the diocese.

This priest is not the only one accused of abuse who has passed through the minor seminary in Toledo.

Another priest, José Luis Galán Muñoz, who is awaiting trial for child abuse in Talavera de la Reina, was a professor at the seminary in the same years and was secretary of studies.

In his case, a young woman accused him of abuse when he was spiritual director of his school, Hijas de María Nuestra Señora, of Talavera, between 2010 and 2014. After filing a complaint, he wrote to Pope Francis and the prefect of the Congregation for Doctrine de la Fe, and only later did the archbishop of Toledo, Braulio Rodríguez, open a canonical process and transfer him as chaplain to a convent in 2018. Rodríguez also ignored the abuses of another priest in Salamanca, convicted in 2014 by a canonical court, when He was bishop of this city, between 1995 and 2002. 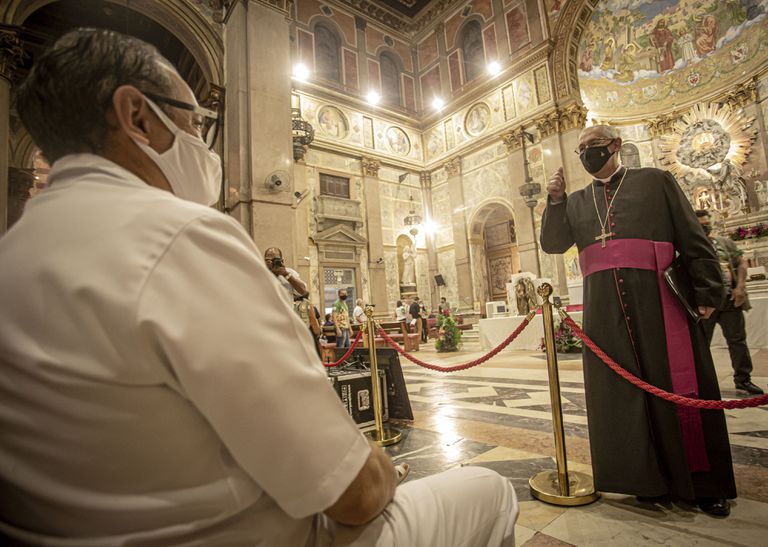 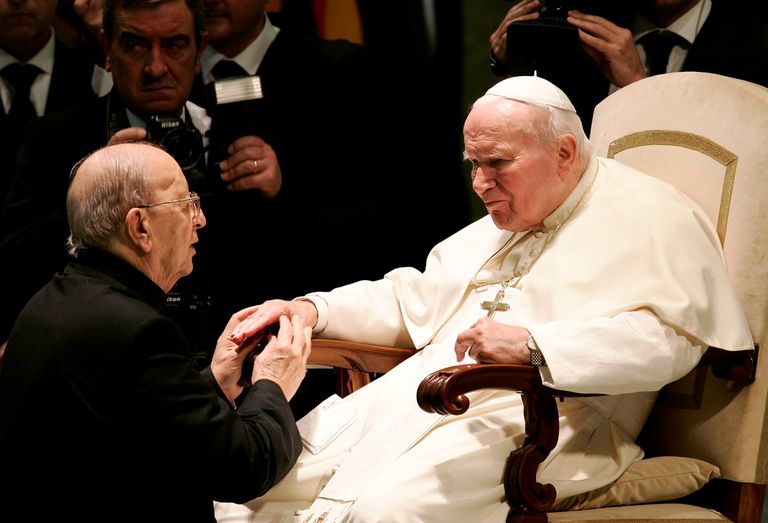 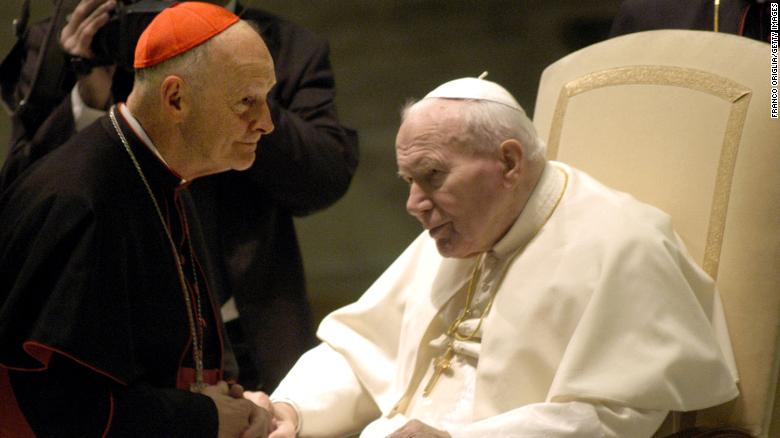 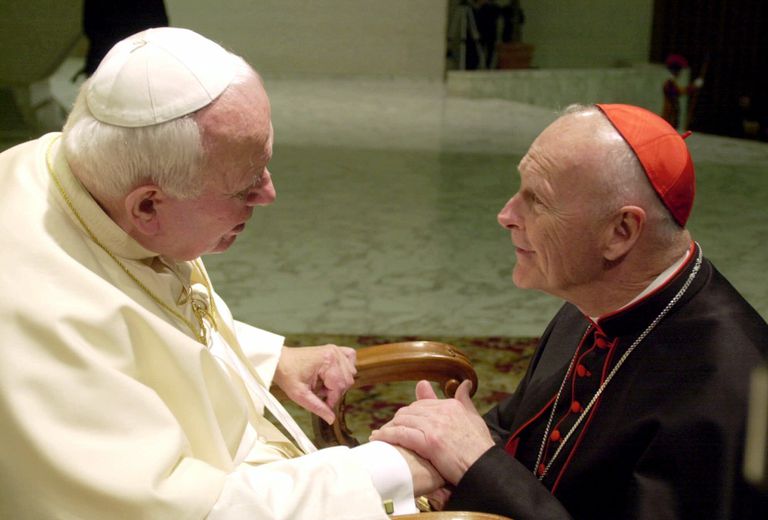 After report, the pope vows to end sexual abuse in the Church 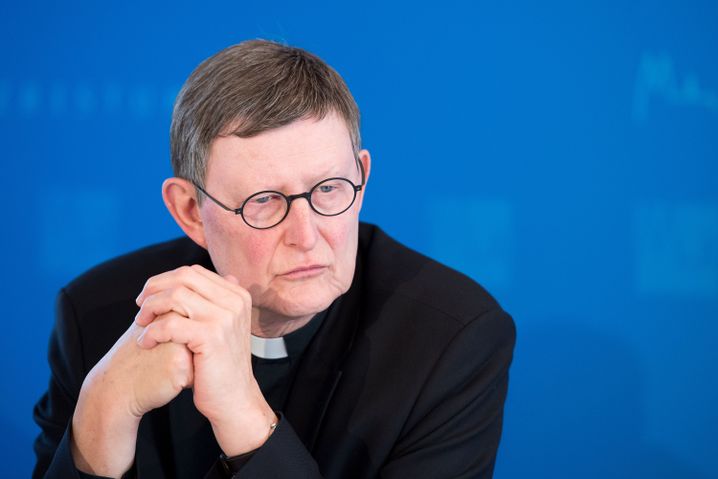 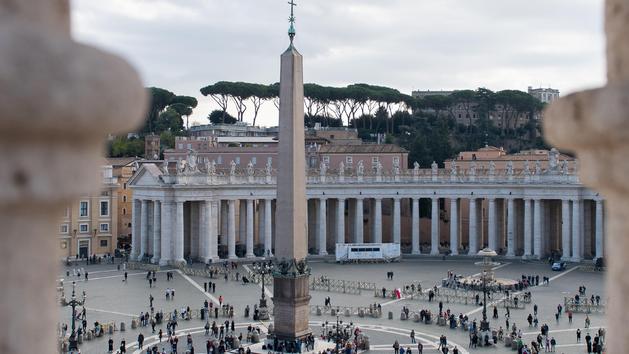 Alleged rape of a minor in the Vatican: a priest claims his ignorance of the facts