Inhaled cortisone could not only help asthmatics, but Covid patients as well. Why this is plausible - and what data is still missing. 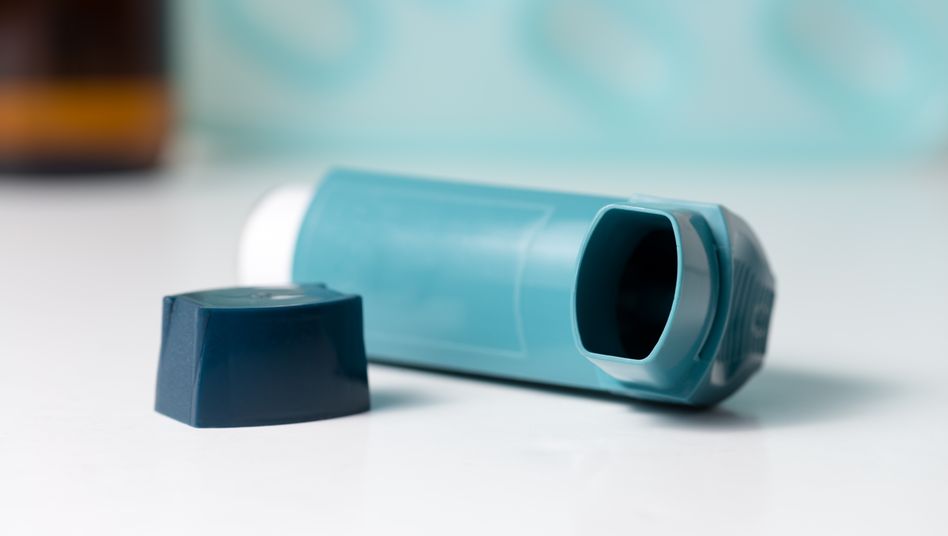 Two puffs in the morning, two in the evening: According to a recent study, cortisone spray can reduce the risk of a severe corona infection by 90 percent.

The drug could also shorten the duration of the illness in mild cases by around a day, as researchers led by Sanjay Ramakrishnan from the British University Hospital Oxford now report in the journal "The Lancet".

For their study, the scientists randomly assigned 146 corona patients who had been suffering from mild symptoms such as cough, headache or fever for an average of three days to two groups.

73 patients received the standard treatment, including fever and pain relievers such as paracetamol or ibuprofen, the other 73 infected people inhaled two strokes of the glucocorticoid budesonide (800 micrograms each) twice a day.

The study ran from July to December 2020; there was no control group that received a placebo.

While ten sick people from the first group had to go to an emergency room or were admitted to the hospital because of increasingly severe symptoms, there was only one affected person in the group who inhaled the budesonide twice a day.

The drug reduced the relative risk of a severe course by 90 percent.

The self-reports of the patients also showed that the participants in the budesonide group recovered one day faster than the group with the standard therapy - they felt better after seven and not eight days.

14 days after the onset of symptoms, seven patients from the cortisone group still had symptoms compared to 21 in the comparison group.

In addition, inhaled cortisone preparations - in contrast to taking in tablet form or as an infusion - have hardly any side effects.

Adverse effects include, for example, increased fungal infections in the mouth.

How the remedies work has long been known from asthma therapy.

There, corticoids are usually inhaled in the morning and evening as a long-term treatment, because the drug can relieve inflammation, so that the mucous membranes swell and there is less shortness of breath.

This mechanism also makes the mode of action in connection with a corona infection plausible: If the violent inflammatory reaction in the airways is inhibited, many cases of shortness of breath and respiratory failure could possibly be prevented.

Karl Lauterbach tweeted about the study: »There are hardly any side effects.

Budesonide was taken for a total of 7 days.

Dosage is not very high and is achieved by inhaling twice a day.

I know some doctors who are already following this strategy.

As a general practitioner, I would do this on the basis of the available data, without any contraindications. "

The scientists came up with the idea for their study when the first analyzes from China showed that fewer corona patients with severe courses were suffering from asthma or the lung disease COPD.

In order to check this finding and to find possible causes, they started their investigation.

The authors in the Lancet have known for many years that "inhaled glucocorticoids can reduce the worsening of asthma caused by viral infections."

It has also been proven in the laboratory that budesonide can inhibit the reproduction of rhinoviruses.

In addition, it is known from research during the corona pandemic that the glucocorticoid dexmethasone can have a positive effect in very severe cases.

In its recommendations for drug therapy for Covid-19, the Robert Koch Institute writes that the drug should be given "with any form of oxygen administration and an illness lasting ≥ 7 days."

According to the study, eight people would have to be treated to prevent a patient from developing severe.

In combination with the short duration of treatment, low side effects and comparatively low costs, the agent is particularly suitable for interventions against Covid-19 - even in countries with low and middle incomes.

However, the scientists stressed that there was no placebo control in their study, which limits the informative value of the study.

In addition, the study groups with 73 subjects each were relatively small, so that a review of the results would have to follow in a larger analysis.

With asthma spray against corona: Just two sprays a day can prevent a serious course of disease