Leloir Institute study: 94% of those who received a single dose of Sputnik V generated antibodies

The figure climbed to 100% after the second application. What happened to those who were vaccinated after having COVID-19. 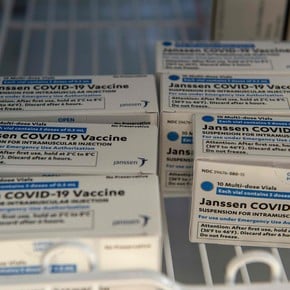 A study carried out by a team from the Leloir-Conicet Institute on the Sputnik V vaccine highlighted the high effectiveness against the coronavirus of the Russian formula, and pointed out that it produces defenses against the SARS-Cov-2 protein

in 100% of the cases. individuals tested

after they received the two doses.

Another conclusion of the work is that those who were previously infected, when receiving a single dose, produce

higher levels of antibodies than

those who were never infected who received full immunization.

According to the study - led by Andrea Gamarnik, head of the Molecular Virology Laboratory of the Leloir Institute Foundation and senior researcher at Conicet -

of the individuals in Group 1, those who had not had covid-19, showed presence of specific antibodies 21 days after

while at 21 days after the second dose, 100% of them developed these antibodies.

What this study measured is the

presence of antibodies in vaccinated

, not the effectiveness of the vaccine against a possible contagion.

In other words, the amount of antibodies does not allow us to establish a percentage probability of getting sick after receiving Sputnik V doses.

Always among those who had not been sick, 96% of those

under 60 years of age developed

while among those over 60, the reactivity was 89%.

"There is a similar response among the groups under and over 60 years old," confirmed Jorge Geffner, from the INBIRS-Biobank of Infectious Diseases, who worked on the research.

, considered that this study

"reaffirms the effectiveness of the vaccine

"The vaccine is quite effective and gives reasonable protection with a single dose," said Levalle when asked for a comment on the results of the work.

members of the health personnel

of hospitals in the province of Buenos Aires was carried out.

"So far 1,200 samples have been processed and more than 10,000 determinations have been made," the authors explained.

in all Group 1 volunteers," the report details.

This group was made up of people who did not experience the disease before being vaccinated.

The so-called Group 2, made up of 61 people who had already had coronavirus, showed after the application of the first dose

"a robust response in all cases

“When we focused on those who were previously infected, we saw what happened when the first and second doses were given.

The basic finding is that in

, regardless of when they were infected, if a month or six months before receiving Sputnik,

with a single dose they produce higher levels of antibodies than

those produced with two doses those that had not been infected, ”Geffner said.

There were studies published in the United States with the same conclusion for Moderna and Pfizer vaccines, but not for Sputnik.

than that of those volunteers without previous infection who received the complete two-dose vaccination protocol," says a published report of the work. this Tuesday.

These results showed that "the previous infection generates

levels of antibodies much higher

than those produced in individuals who do not register previous infection".

This indicates, according to Levalle, that "with the first dose, patients who had a previous infection or had contact with the coronavirus raised an amount of antibodies practically similar to those who did not have contact with the virus and both doses were applied."

patients who already had coronavirus may need a single dose

, because the amount of antibodies present is similar to that generated by those who did not have contact with the virus and received the two doses ”.

that, beyond what the study shows, "that a vaccine that is designed for two doses is transformed into a single dose, in the absence of vaccines, is a public health strategy."

And adds: "This point infectologists

do not fall in grace

Although he clarifies that it is not something that they can indicate, since before they need to see "how the antibodies are maintained over time".

how the antibodies evolve

over the months," added the researcher.

"The Sputnik V vaccine induces a humoral response against the SARS CoV-2 Spike protein in 100% of the individuals tested 21 after the second dose," the study found.

It is the amount of antibodies that a vaccine or infection generates.

On the other hand, the report ensures that "the information generated can be used to

The Government negotiates and the ANMAT gathers data on the Johnson & Johnson vaccine, which the US stopped due to the appearance of clots 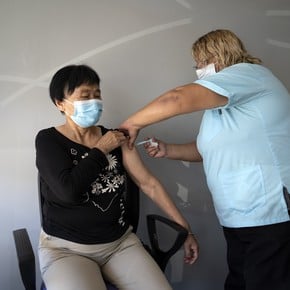 Leloir Institute study: 94% of those who received a single dose of Sputnik V generated antibodies 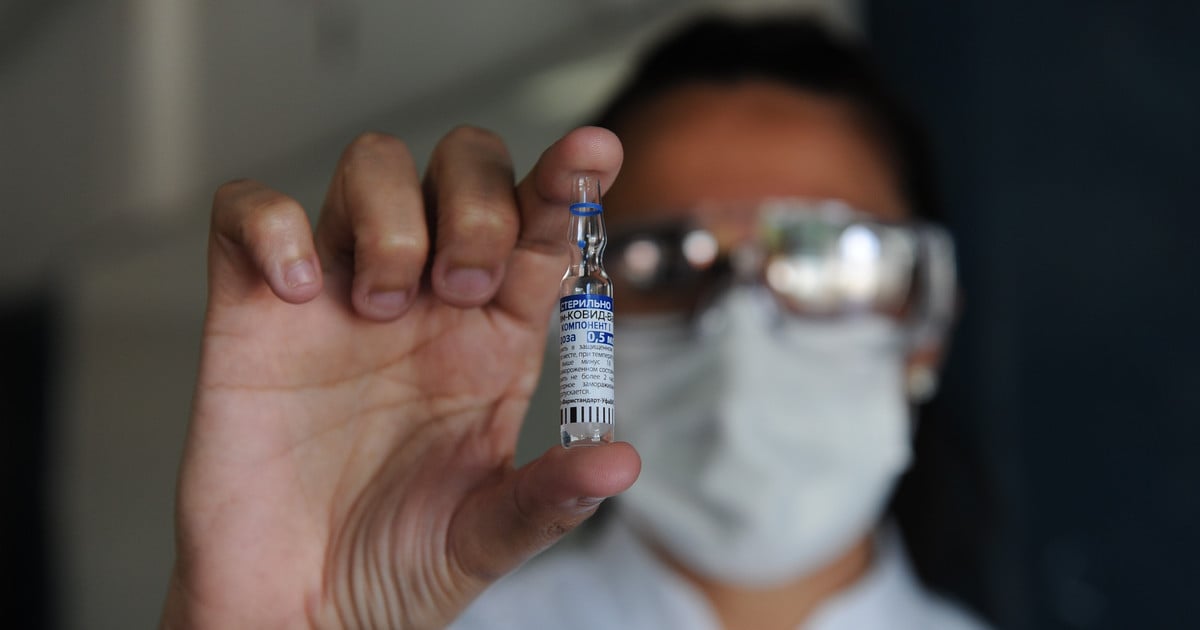 Conicet research: previously infected may not need a second dose of Sputnik V

COVID vaccination in CABA for people over 65: how they should register

Coronavirus in Argentina: 7,432 new cases and 191 other deaths confirmed in the last 24 hours 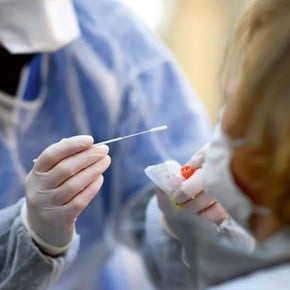 Coronavirus: how long the protection of vaccines with a single dose lasts 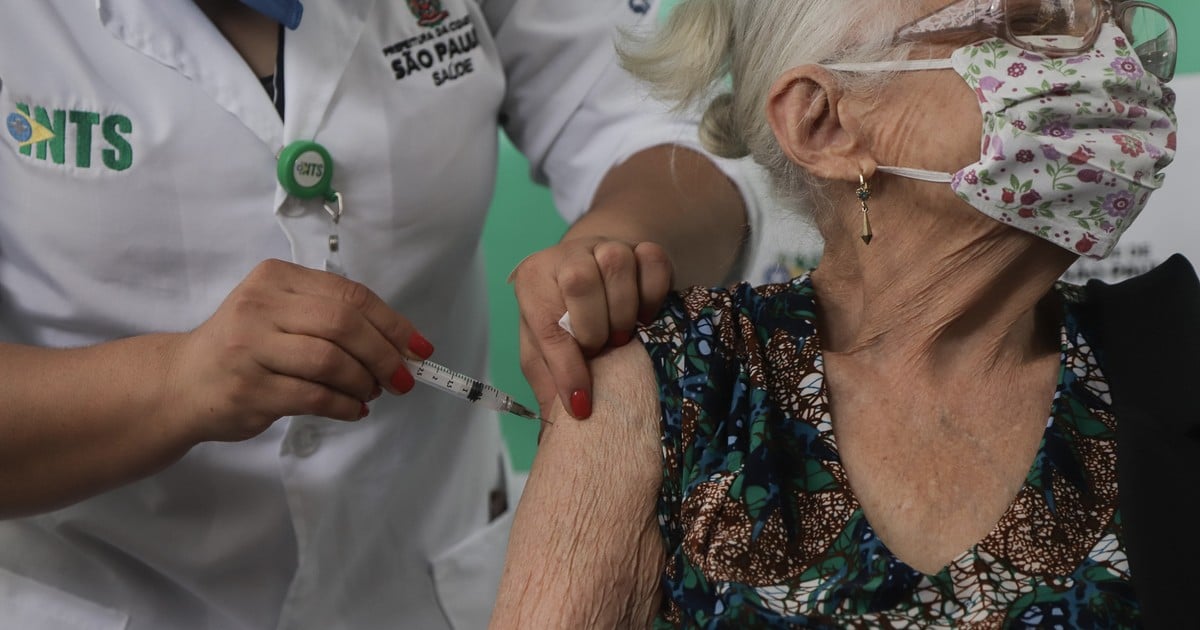 Given the shortage of vaccines, should Argentina vaccinate last and with a single dose to those who already had coronavirus? 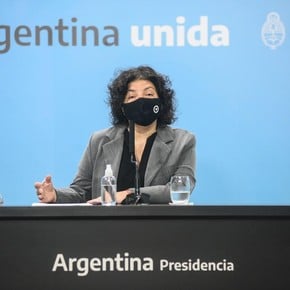 Coronavirus: Russia authorized the Sputnik light but the Government for now does not change the vaccination plan

Coronavirus in Argentina: another 140 deaths and 7,891 new positive cases reported