Coronavirus vaccination: how many people got sick after a first dose

The Ministry of Health released information on who received Sputnik V, Sinopharm and Covishield (AstraZeneca). 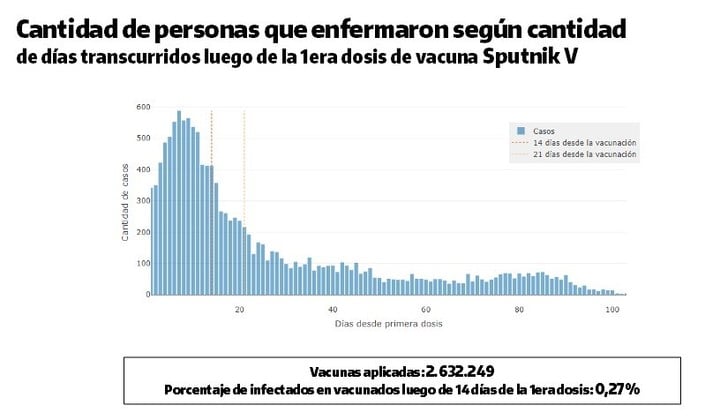 after having applied the first dose

In the case of

, the first vaccine against covid-19 used in the country and the one with the most doses applied so far, the percentage of infected after 14 days from the first inoculation

This data was taken from the sample of 2,632,249 people who received at least one dose.

, developed by the University of Oxford and the AstraZeneca laboratory and manufactured in India, 578,433 first doses were applied in the country.

Of this total, those who were infected after 14 days were

, a number somewhat higher than that presented with the Russian drug.

Most of those who became ill after receiving Sputnik V did so within days of getting vaccinated.

The third of the analyzed vaccines was the Chinese one from

In this case, 1,231,204 units of the first dose were applied until April 12 and the percentage of infected after two weeks of inoculation was

, a proportion very similar to that presented by the formula of AstraZeneca.

The number of those who received Covishield and became ill is markedly reduced after 40 days vaccinated.

With this information, the Government tries to close the controversy and doubts that exist in society about the effectiveness of vaccines after a single dose has been applied.

The dissemination of these data can also be read as a response to the doubts that arose after the statements of the director of the China Center for Disease Control and Prevention, Gao Fu, who stated that Chinese vaccines

"do not have very high protection rates. high "

This information reached the country and put the government in the eye of the storm, which has been

and expects two million more of this vaccine for the next few days.

Among those vaccinated with Sinopharm, the number of patients decreased sharply after day 21 after inoculation.

However, on Monday, Gao Fu himself came out to say that his sayings were misinterpreted: "After having discussed different immunization strategies, I brought up the question of the protection rate of vaccines and expressed my reflection on the fact that

we can optimize our supply process

On the other hand, the report of the Ministry of Health shows a

decrease in infections among health personnel

The reduction of cases within health personnel, after the application of a first dose.

"The proportion of cases in health personnel over the total number of cases decreased since the beginning of the vaccination campaign, going from representing

of cases (epidemiological week, EW, 53) to representing in the last

Finally, the information from the health portfolio confirms that from week 9, from March 1 to 7, 2021,

increase in people under 70 years of age

, while in adults over that age, infections increase, with less intensity, in week 11.

Vaccines: employer claim to be applied to essential workers This corona measure could lead to new mutations, warns an expert

New virus mutations due to lockdown loosening: Virologist warns against this combination 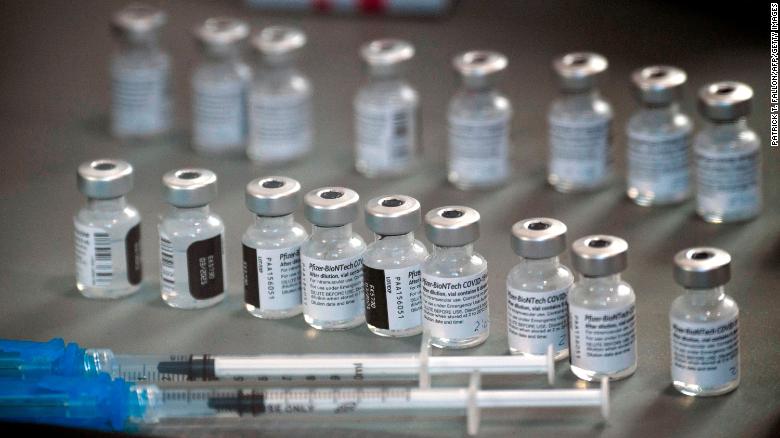 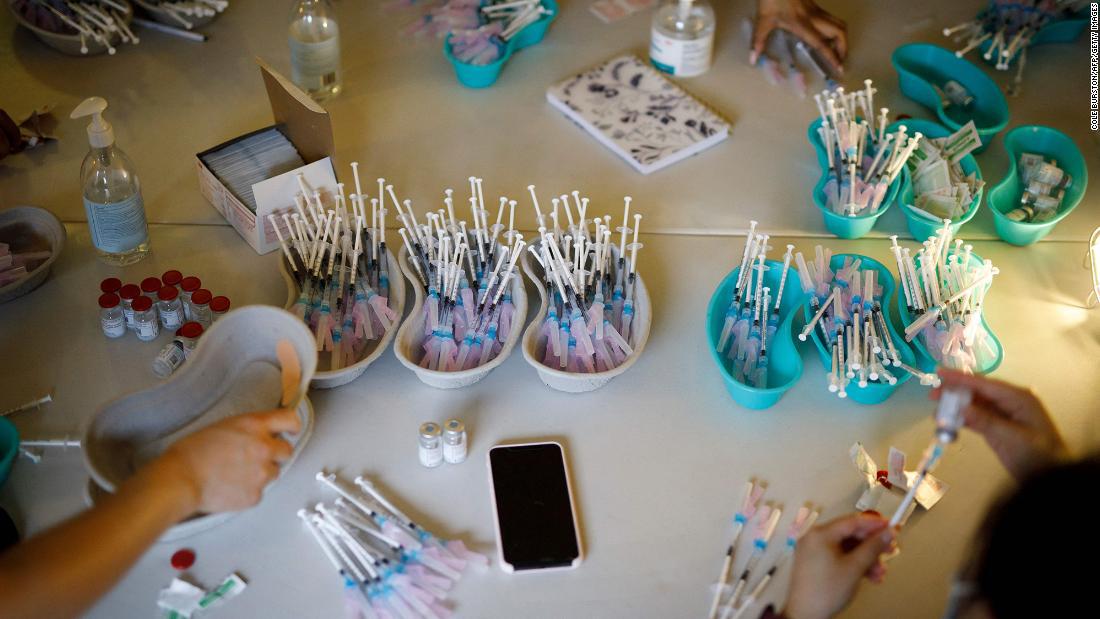 Why Shouldn't Covid Vaccine Side Effects Scare You? 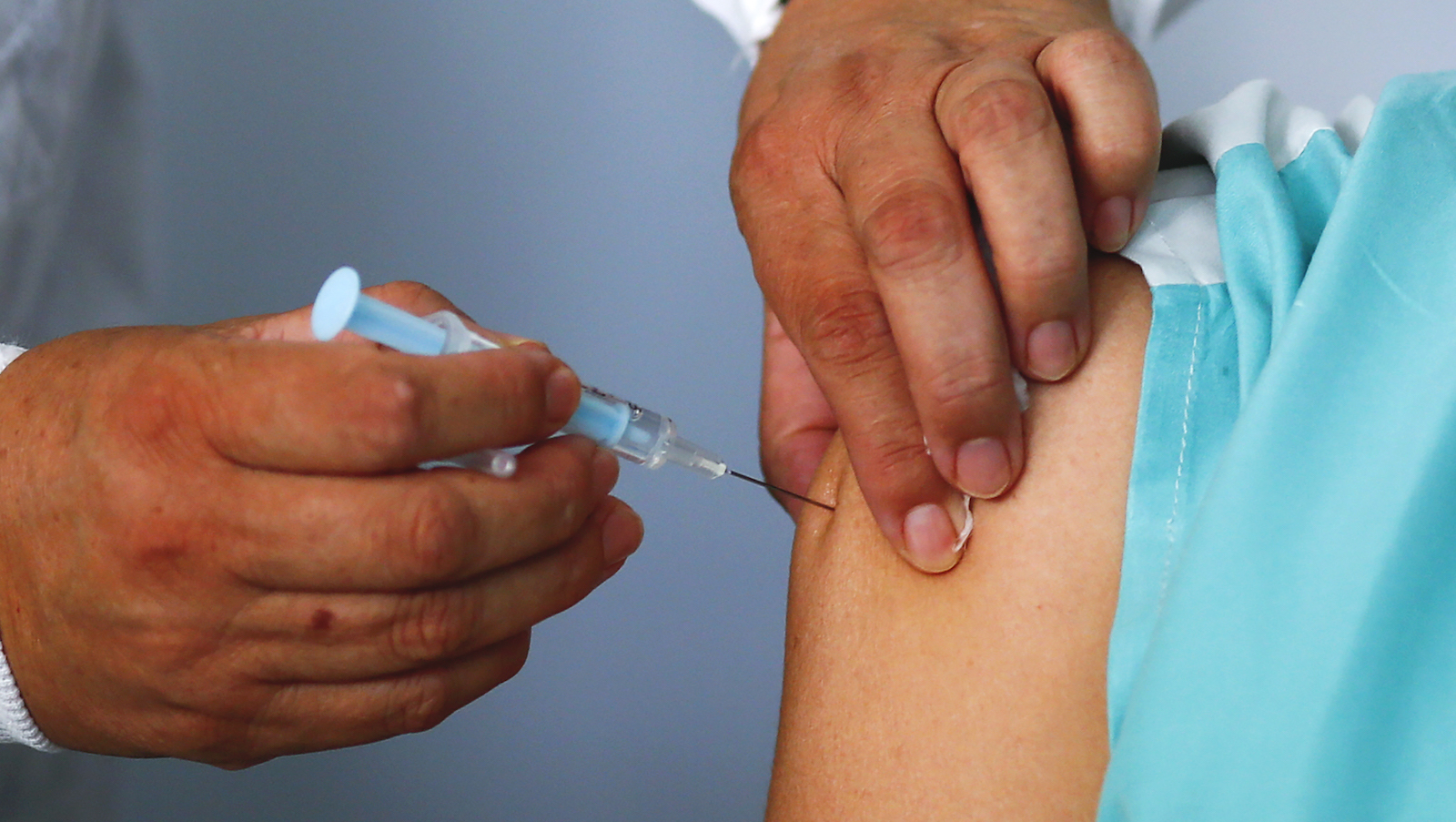 Why the second dose of the coronavirus vaccine is so important 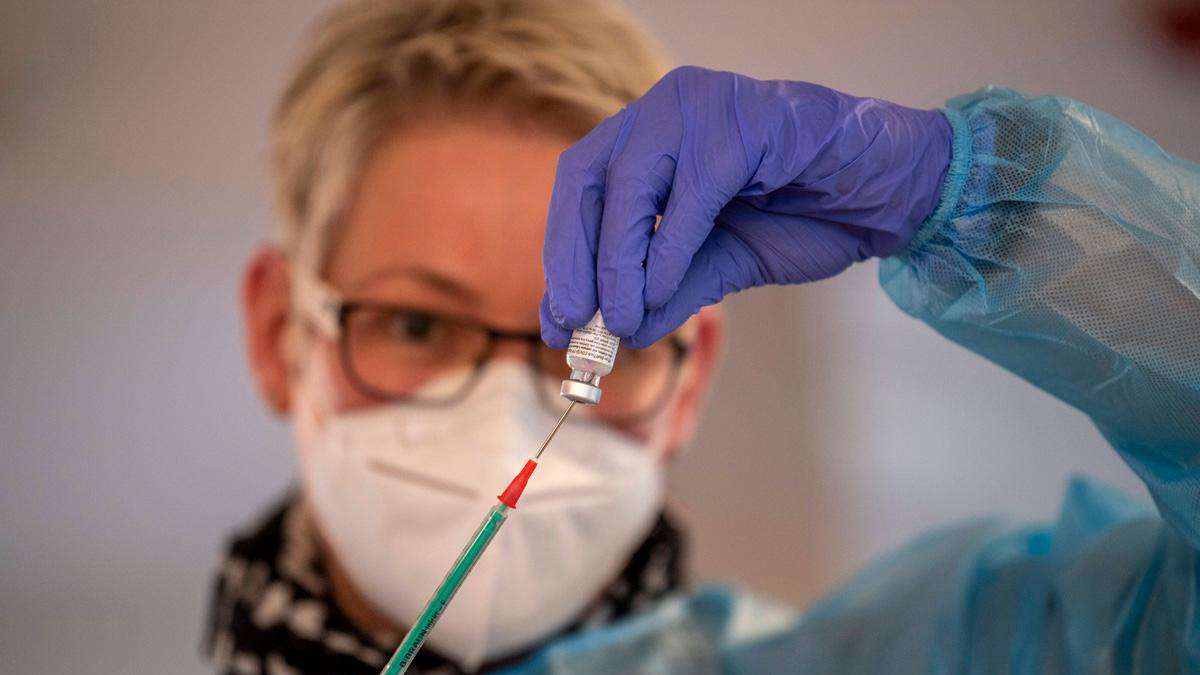 Are Austrian politicians sneaking corona vaccinations? "I neither pushed my way forward nor ..."

Can vaccinated people transmit the coronavirus? 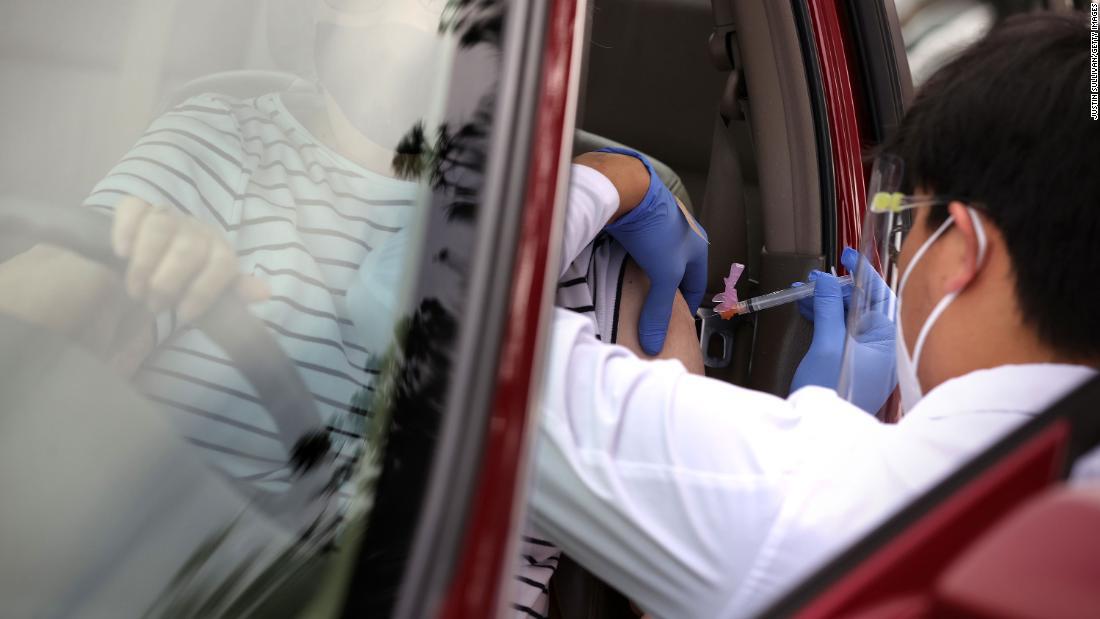