Many currently closed theaters are currently sending their productions via stream or video glasses. The Viennese stage production "Thousand Paths" even comes to the house by phone. 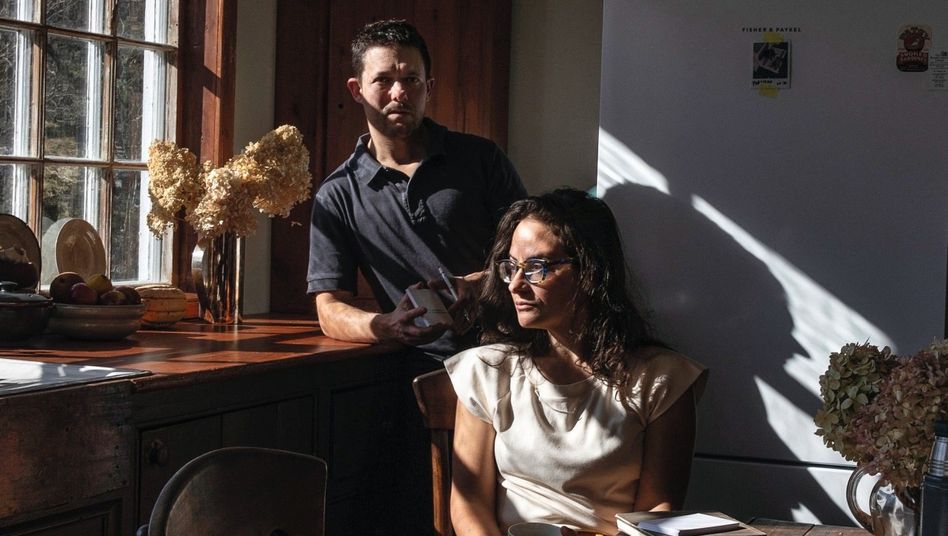 Direction duo Silverstone, Browde: "Words are not always enough, but at the moment they are what we have"

"Now close your eyes," demands the game master, for example.

Or she says: "I hope it's okay if you make yourself so visible." It is a female voice, either technically distorted or entirely computer-generated, who gives instructions and asks questions in the theater production of "A Thousand Paths" .

Once the order is to put your left hand on your own neck.

Once, to state the number of tattoos on the body.

Once to describe a childhood odor.

And to measure the stage, the instructor asks: "How many windows are there in the room you are in?"

The German premiere of the play "Thousand Paths - A Telephone Call" takes place in the living rooms or in the kitchen of the audience, each consisting of only two people.

Anyone who buys a ticket for the Vienna Volkstheater can dial into the anonymous theater director's office at a certain time and meet another theater consumer there.

Nightmare story of a car breaks down in the desert

They spend around an hour together.

Between the request to physically (self) touch and to share sensory experiences or personal memories, the voice on the phone repeatedly conjures up a nightmare situation: In the middle of a desert there is a broken car with several occupants, no help anywhere.

"Do you see the smoke?" The phone purrs.

The magazine “The New Yorker” praised the “Thousand Ways” staging devised by the US directors 600 Highwaymen - as Abigail Browde and Michael Silverstone call themselves - as “transforming a simple initial situation into theater magic”.

Clever and funny, the two make the concept of social distancing forced by the pandemic also the basic principle of the Viennese version of their performance.

In this the audience is taught: “Words are not always enough.

But they are what we have at the moment. "

The directing duo shows an opportunity to make the best of the current situation on the stages.

There is currently talk of a “premiere jam” in the theaters in Germany, Austria and Switzerland, which are mostly closed to the public.

For Oliver Reese, the artistic director of the Berliner Ensemble, the traffic jam is already "the cultural bad word of the year".

In many theaters and opera houses, rehearsals are carried out despite the pandemic, in compliance with the distance requirements, and in most theaters there are regular rapid tests.

But how should the finished product be put into circulation?

Theatrical longing for breaking the rules

Some directors present their productions in live stream premieres;

the Bochumer Schauspielhaus, for example, wants to bring out a "Peer Gynt" performance by the director Dušan David Pařízek live online in the penultimate week of April.

The original ideas in pandemic times also include sending virtual reality glasses, something that the Augsburg Theater and the Graz Schauspielhaus, for example, afford.

In a hit from the Augsburg offer, the two-person play »Oleanna«, the director Axel Sichrovsky lets his actors trudge through an open-air chicken pen in rubber boots at times - and thanks to the video glasses sent, the viewer is practically right in the middle of the action.

The longing to leave the classical stage space and break through the so-called fourth wall towards the audience has long been widespread among contemporary theater people.

Could it be that the pressures of the pandemic sometimes even prove helpful in the search for more direct channels of mediation?

In any case, the director Browde and her colleague Silverstone started more than a decade ago with the intention of "pulling down walls and breaking rules," as they put it.

They even consider it their job, according to Abigail Browde, to "reinvent the theater".

In their play "A Thousand Ways - A Telephone Call" they have at best reached a stopover.

It is an intelligent pleasure to follow the Freudian-based scavenger hunt, which at the same time serves as a means of self-awareness and the fleeting acquaintance of a hitherto unknown fellow human being.

In the game of retrieved childhood patterns, counting exercises and associations, the two visitors, who are hooked together for a performance hour, are asked, among other things, whether they have ever held a weapon in their life, whether they can change car tires, whether they pray.

You will be animated to become aware of buried images and seemingly self-evident habits.

You will be invited to a confession chat in the almost anonymous speaking room, which fits perfectly into the time of corona-related contact poverty.

And in between, the theater users are repeatedly asked to imagine themselves on a long, dangerous march through the desert heat.

"How are you going to put all of this together in your head?" The instructor's voice puzzles at a key moment.

The 600 Highwaymen may think that this is keen theater avant-garde, and that's probably true under the current circumstances.

However, the Viennese songwriter and stage artist André Heller already knew in what was probably his greatest hit in the 1970s: "The real adventures are in the head."

The piece is sold out until April 27th, after Creating two circuits for the National Theater in Homs and Hama Theatrical Life magazine opens the file of the Syrian theater