“Your article messed up my Abitur”: German students abuse US journalists on Twitter

A journalist from the New York Times should have been amazed when he was suddenly abused by German students on Twitter. The reason: an article about housing. 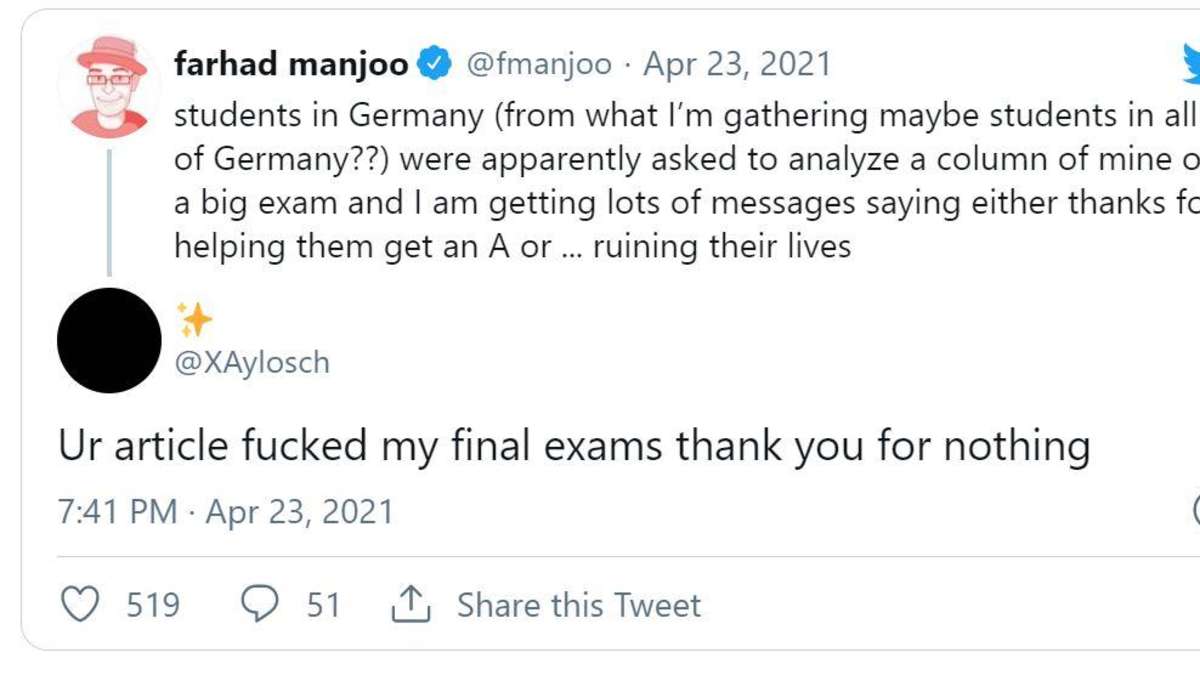 A journalist from the New York Times should have been amazed when he was suddenly abused by German students on Twitter.

The reason: an article about housing.

In 2020, US author Farhad Manjoo wrote in a column for The New York Times about California's single-family house legislation.

He thought this way of living was backward because it took up too much space.

But without realizing it, this article caught up with him a year later - in a rather bizarre way.

Without his knowledge, Manjoo's article had been used for the

Around 90,000 test subjects could choose between three texts for their text analysis.

One of them was that same article by Manjoo.

Unfortunately, for many, his choice of words seemed too specific.

And so the frustration of the NRW high school graduates poured out on his Twitter channel.

“German students (from what I've overheard, maybe even from all over Germany ??) have apparently been asked to analyze one of my columns on a major exam, and I get a lot of messages either thanking you for helping them got to get an A, or ... ruin your life, ”the journalist posted.

Ur article fucked my final exams thank you for nothing

Above all, the negative feedback should have made one or the other smile.

"Boy, use words that are in the dictionary, you hOnd"

Another put it in a nutshell: "Your article ruined my Abitur - thanks for nothing".

In the current hour of the WDR, the author showed understanding for the emotional editors: The article actually contains "many words that are

", as well as American idioms.

, the journalist even apologized for causing trouble for the high school graduate - he didn't want that.

Teacher praises US journalist for his patience

Although the students seemed to have had a bad say on the US journalist, a relatively fruitful discussion arose in which students

It was meant to be critical

A German teacher finally expresses her admiration: “Thank you for being so patient with the children!

I find it fascinating that they all come here to discuss.

I am considering using this thread in our class for media.

They are becoming more famous every day! ”

Test: Would you pass the high school diploma in history?

Ten well-paying professions for people who don't like people

Ten well-paying professions for people who don't like people

“Your article messed up my Abitur”: German students abuse US journalists on Twitter 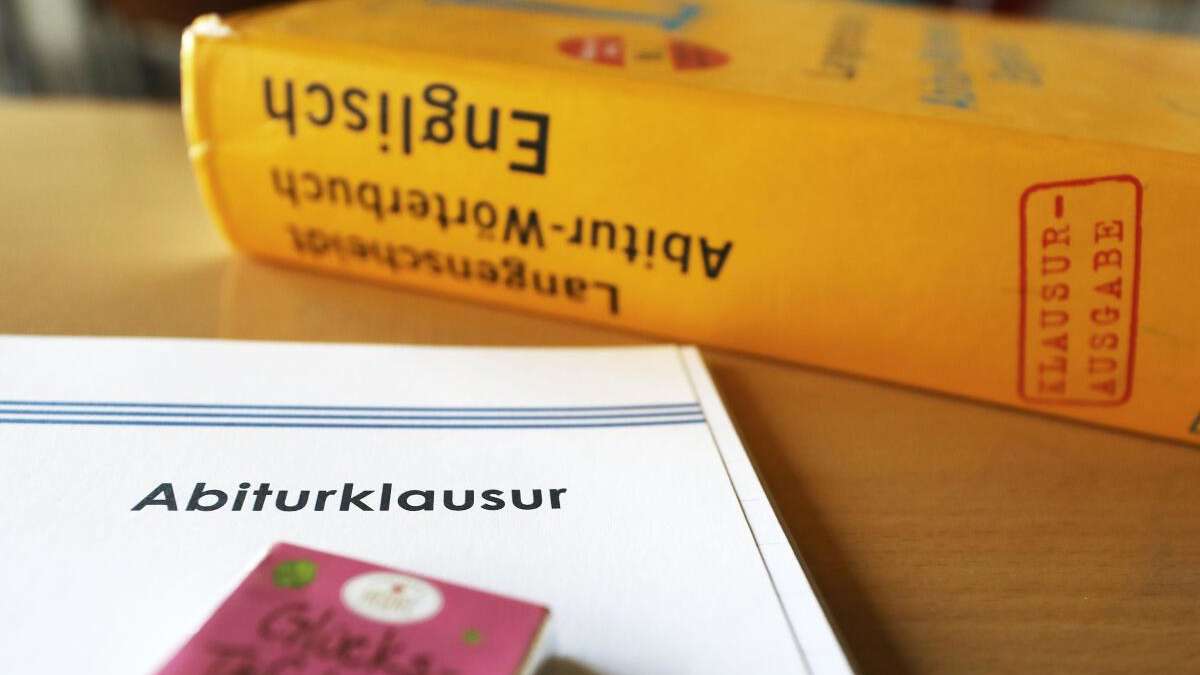 Abitur in NRW: Twitter-Shitstorm against author - "Your article ruined my Abi" 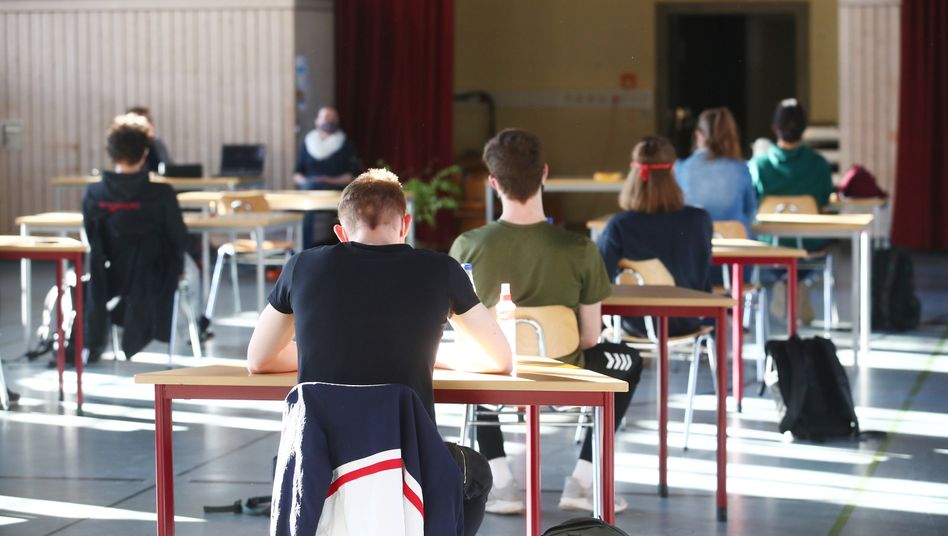 Because of Corona: Education Minister can imagine easier final exams After the Corona Abitur: Helpers in the test center instead of tent camp No “corona gift”: This is how the first Abitur exam at the Miesbach grammar school went Chaos in Constitución: a rail cut in Avellaneda prevents the arrival and departure of trains from the Roca line