Coronavirus: ten questions to an expert to know where the country stands and what could happen

Interview with Pablo Bonvehí, government advisor on the pandemic, head of Infectious Diseases at CEMIC and one of the doctors in charge of the trials of the Sinopharm and Janssen vaccines in Argentina. 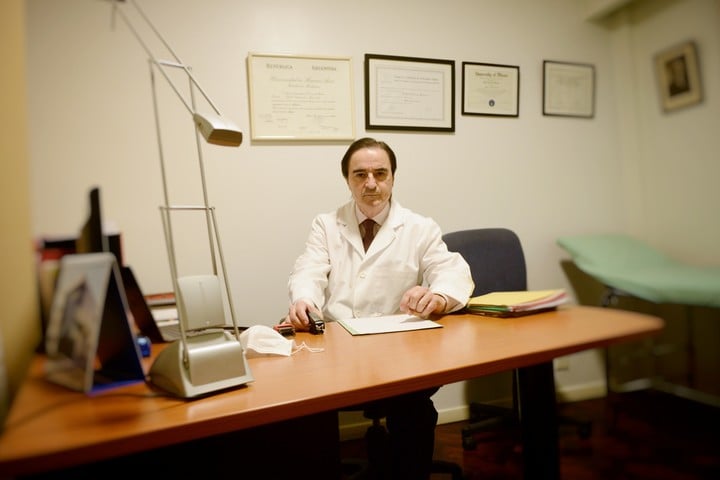 "Towards the end of this year, I would say.

Not a total normality, but an approach to a greater normality ”.

, advisor to the Government on the pandemic, gambled on a date that would come in handy as a therapeutic goal to cross the bitter news cataract, between full intensive therapies and mass coronavirus infections.

The 62-year-old doctor is head of Infectology at Cemic, a member of the scientific committee of Fundación Vacunar and one of those in charge of two vaccine trials being carried out in the country:

Of little media profile, Bonvehí is characterized by his measured statements, it is not known if it is the result of his insurmountable seriousness or the pressure that the role of official advisor exerts on him.

However, a sensible, constructive but not condescending criticism always comes out of your mouth.

This is shown in this interview with

Pablo Bonvehí, head of Infectology at Cemic and advisor to the Government on the pandemic.

-Almost 60% of infections in CABA are of more contagious variants (Manaus and the United Kingdom). Why couldn't you avoid a predictable situation that you explicitly wanted to avoid?

-Those variants spread throughout the continent.

The South African did not arrive because, compared to Brazil, Uruguay and Paraguay, there is not such close connectivity with that country.

When they asked me about the one in Manaus, I said "it's going to come."

The point was to delay them as long as possible.

Completely restricting income would have been very difficult.

Yes, the entry of Manaus could have slowed down even more if flights from neighboring countries had been restricted earlier.

You look at it retrospectively and, yes, there were more cases in Brazil, but the speed of implementation of the measures is sometimes not so simple.

They were taken when certainty and elements were available.

It was done when it could.

-How is the current photo of the second wave of Covid?

Did we get through the worst?

-It's very difficult to say that. We are with a very high number of cases. Maybe a slight decrease in cornering acceleration has been seen, but we are in a very very serious situation, and it is very difficult to say that this is being held back. Wait and see if the restriction measures have an impact on transmission. It will take at least two weeks. What worries me the most is the occupation of intensive therapies, a limit that is not very flexible without time or more staff. We have to reduce the number of cases because we are seeing young people, much more than before. In other words, among those infected, the majority are between 20 and 39 years old, but in hospitalizations we are seeing people in their 50s or 60s, and 40 as well, without associated risk factors.

-What is the reason for this new profile of internees?

Do you evaluate greater virulence of any of the variants?

-I clarify that they are not the majority of the cases but the minority, but that there are more young people hospitalized without risk factors could mean that some of the variants, I think that perhaps the one in Manaus, are, in addition to being more contagious, more aggressive .

However, it could also be a statistical question.

The more people infected, the more seriously ill of all kinds.

Everything becomes more visible with the increase in cases.

You have to wait and see how the variables evolve, based on the measures taken.

-What should be done to "de-stress" the health system?

-It would be important to adapt all the management of pre-therapy. Generally, people do not go directly to intensive care but have a previous passage for the guard. I believe that improvement in the management of these areas could be improved, for example, in the wise use of corticosteroids in patients who require it or in the administration of oxygen therapy, according to the established parameters. I am not saying that there is a failure, but rather that one would have to go center by center to see how these therapeutic elements are handled, prior to admission to intensive care. There are also shortage problems with some drugs for ventilated patients ... They are complex issues. The therapies require trained personnel, the ones that exist are exhausted and therefore they are not devices that can be easily expanded.

A health worker at the "Norberto Raúl Piacentini" hospital, in Lomas de Zamora.

-How does the political conflict between the Nation and those jurisdictions that maintain school attendance affect the health management of the Covid?

-It would be ideal if there was a consensus prior to all the measures adopted. Consensus gives peace of mind, security and greater adherence. The political aspect has a negative influence. The subject was discussed in the group of advisers: there was consensus that the school, especially in the initial levels, is not a major source of contagion. It is an evaluation from Epidemiology. We do not have mobility data and other variables. Although in the extremes all the countries had to close at some point, the ideal - recommended, among others, Unicef ​​- is to preserve presence, according to the figures of each jurisdiction. In CABA they evaluated that there was no great impact; in the province of Buenos Aires, the reverse. It seems reasonable to me, if the suspension is judged to contribute something.What worries people is that the 2020 suspension, which lasted all year, will be repeated.

-In winter it will be difficult to ventilate the classrooms.

Wouldn't it be logical to "kick" school virtuality by then?

-This is very dynamic.

You have to see the behavior of the pandemic.

The opening and closing of schools depends on many factors.

In the cold months it will be more difficult to comply with the protocols for activities abroad, yes.

Surely it will be necessary to close, if the epidemic is at these levels, but if a reasonable number of people can be vaccinated and that impacts, it will be possible to continue with face-to-face schooling.

-Going back to the curve, one presumes that if now the cases go down due to the measures adopted, they will rise again when the restrictions loosen.

To what extent is this so?

-The main focus of transmission is social gatherings; We said it months ago. You close a factory and people don't go to work. The problem is not that but the meetings. If these measures have an impact, it will be at that point. Therefore, these are the restrictions that will have to be prolonged. A few weeks ago you could eat inside restaurants. No longer. These measures should not be lifted from one day to the next but gradually, evaluating infections and the progress of vaccination. The first data show that the percentage of vaccinated people hospitalized is very very low: Covid infection is not prevented, but severe forms are. Now, I was talking with experts from Chile, where the vaccination rate is very high but they had many infections,and it is very clear that restriction measures cannot be relaxed while the population is immunized.

-How much more would it be necessary to vaccinate to appease a potential third wave?

-We will begin to have peace of mind when the serious forms decrease: hospitalizations and mortality.

To stop having a number of important cases we have to vaccinate 70% to 80% of the population, something that in these three or four winter months is going to be very difficult.

Focus on those over 60 and those under 60 with risk factors.

This is what is really going to give peace of mind to the health system.

- Only three brands of vaccines arrive in Argentina.

How could the arrival of vaccines to the country be expanded?

-One would have liked to have more vaccines than we have, but I think what was available at that time was done. The point that generates the most discussion is Pfizer. Moderna is rarely used outside of the United States, but Pfizer is. I think it worked well and had a good perspective with Sputnik V. The production had problems internationally. Now, if one could, at this point it would help to explore other avenues. Insist with Pfizer; Modern, inclusive; Novavax, genetically engineered vaccine with good early data; Janssen and also Bharat, which is from India, although now they would be difficult to export. It seems to me that the Ministry of Health does it, but if you ask me for an opinion, I would recommend exploring all the possibilities. Do not leave out any option.

-In these months, there was a lot of talk about the shortcomings in the official communication of the pandemic.

-Communication was a topic that the committee of experts mentioned several times when we were asked for our opinion.

We said that we had to create communication channels for younger people, who do not read newspapers or watch television.

Communication channels such as social networks are very important and we always insist on that.

Now I believe that it is being done, but it is necessary to insist more.

Today the main group that carries the pandemic in the country is made up of young people.

Communicating the reality that is lived at all times is central.

Without distressing people, because that does not generate good results.

Telling the truth and showing that there is a clear exit horizon.

It is not overnight, but there is a solution horizon.

Without a doubt we will arrive.

Covid recharged and few vaccines: how much the risk of getting infected in the second wave increased

The mathematics that explain the end of the pandemic 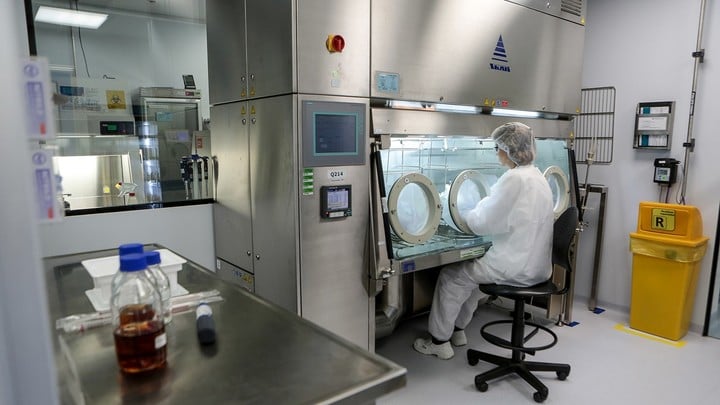 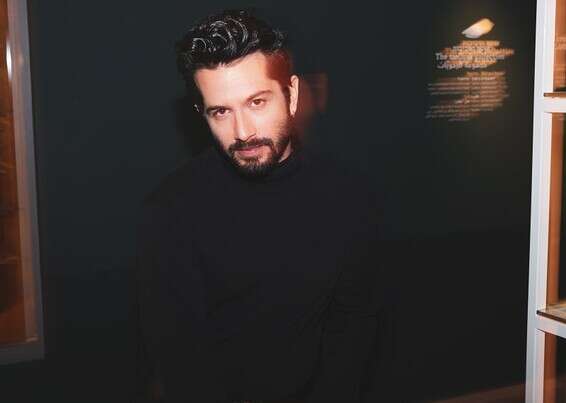 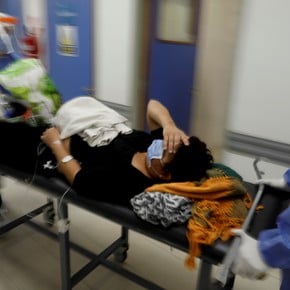 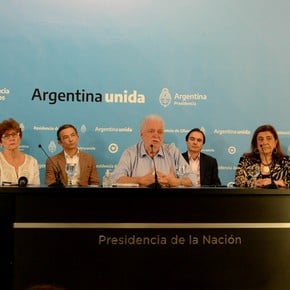 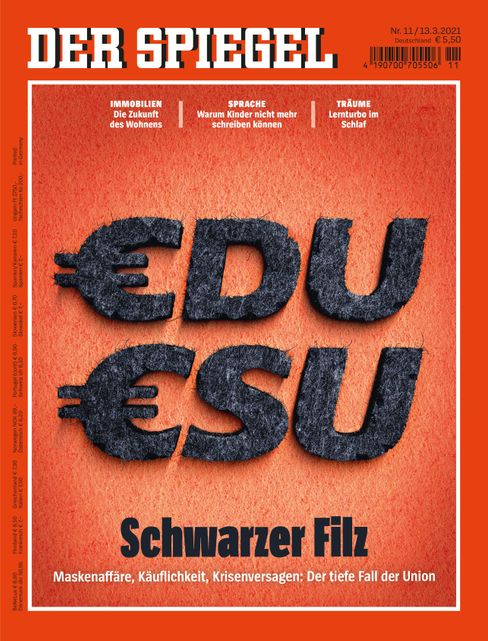 The US President ignites the vaccination turbo, the dangerous break for AstraZeneca 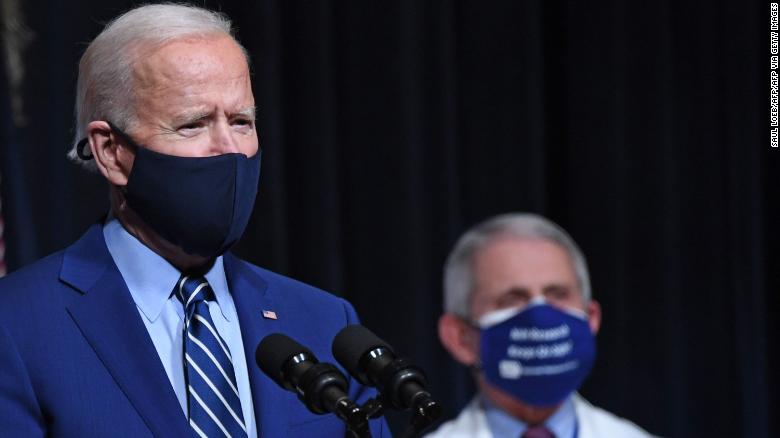 DIRECT. Covid-19: 2 million cases in Germany, France is preparing for an extended curfew