Vaccination in the workplace: occupational physicians will have more doses and more choices, announces Elisabeth Borne

Occupational health services will receive an additional 100,000 doses of the AstraZeneca vaccine this month. An experiment will also be 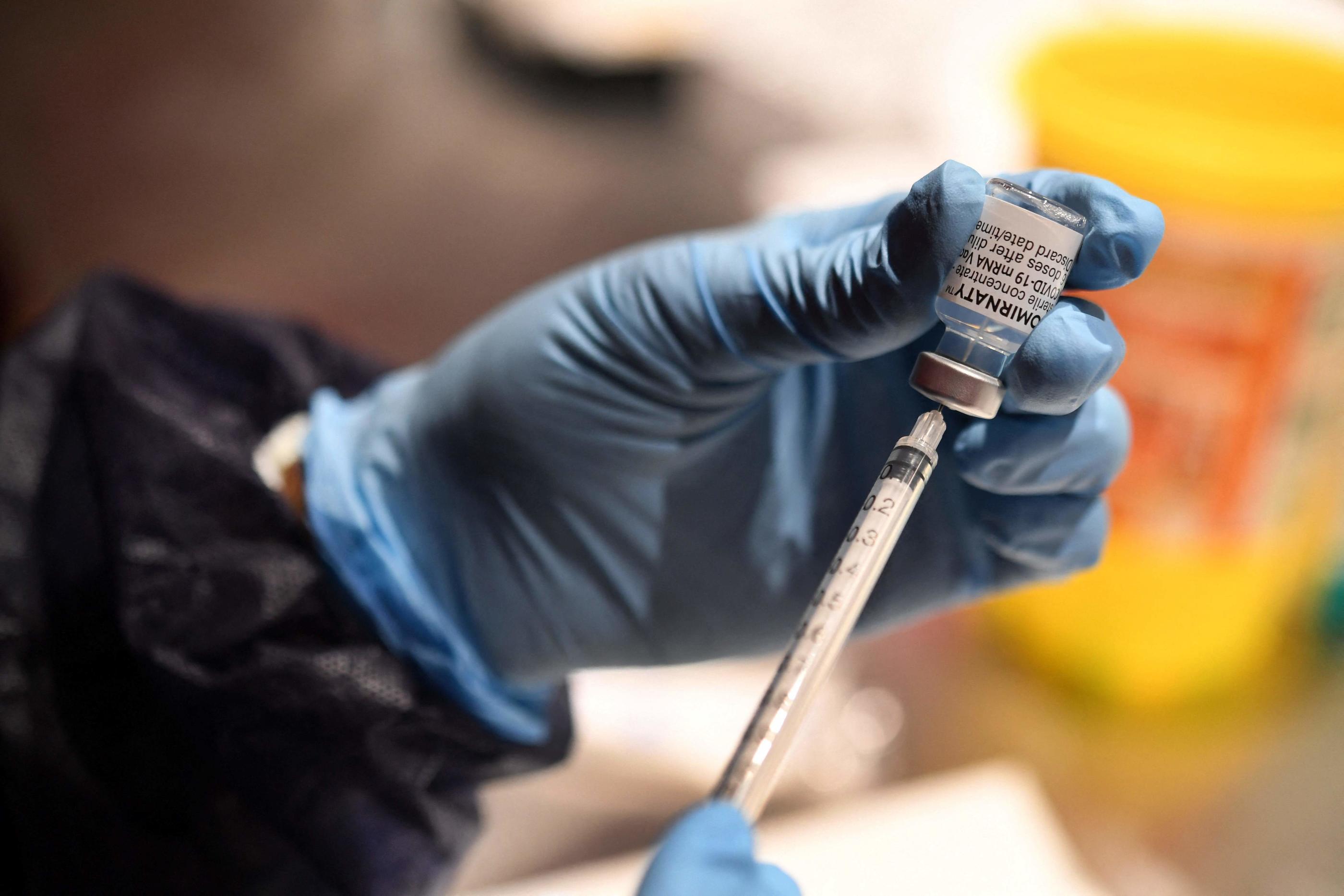 Boost of the still slow vaccination campaign of employees.

Occupational health services will receive 100,000 additional doses of AstraZeneca vaccines in May and may also use Pfizer or Moderna, Labor Minister Elisabeth Borne announced on Wednesday.

Until now, companies have vaccinated employees over 55 only with AstraZeneca.

With the opening of vaccination to all French people over 18 with a comorbidity and that to come for all over 50, "nearly 5 million employees are affected" according to the Ministry of Labor.

During a trip to the headquarters of the Safran aeronautical group in Magny-les-Hameaux (Yvelines) with the Secretary of State for Occupational Health Laurent Pietraszewski, Borne announced that the supply of occupational health services could be done by a more direct circuit, with deliveries, instead of having to pick up the doses from the pharmacy.

“To prepare for this, we are launching the experiment with more than twenty pilot occupational health services (OHS), which have the necessary equipment for the storage of Pfizer or Moderna vaccines.

Several OHS from large companies have already told us that they are volunteers, ”she said.

The objective "is to ramp up in view of the opening of the vaccine to the general population from June 15," she stressed.

In addition to the vaccination of caregivers, 63,000 injections have been carried out in the occupational health service, to date, with voluntary and eligible employees, according to the ministry.

Read alsoThe launch of the vaccination certificate, the first step towards the health pass

The president of Medef, Geoffroy Roux de Bézieux and the secretary general of the CFDT Laurent Berger had judged Monday this record disappointing and called for "a very strong acceleration", in a joint trip to the Inter-Company Medical Center Europe (CMIE). The president of the CMIE Claudine Sulitzer had in particular underlined that each doctor of the center was only entitled to a vial of ten doses of AstraZeneca vaccine per week, and had to make an individual request, whereas the vaccinodromes can have "grouped deliveries". ".

Vaccination in the workplace: occupational physicians will have more doses and more choices, announces Elisabeth Borne

Covid-19: start of company vaccination, how does it work? 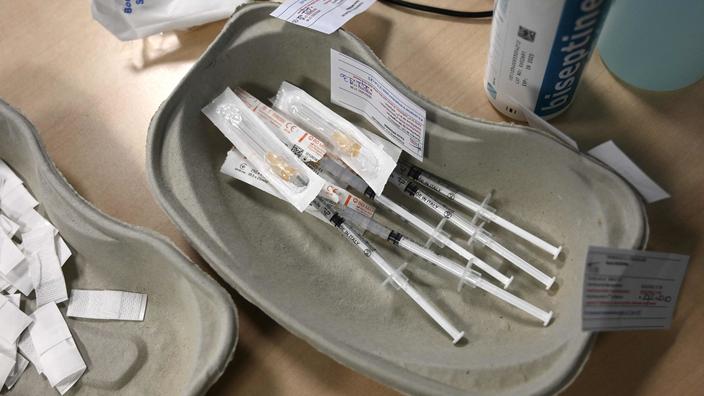 Covid-19: how will the vaccination in companies take place from February 25? 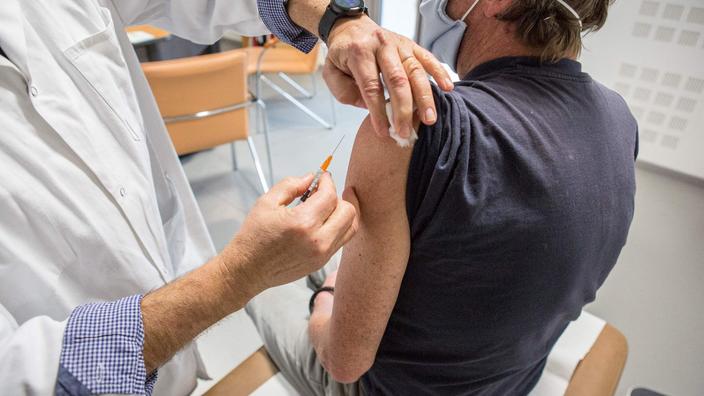 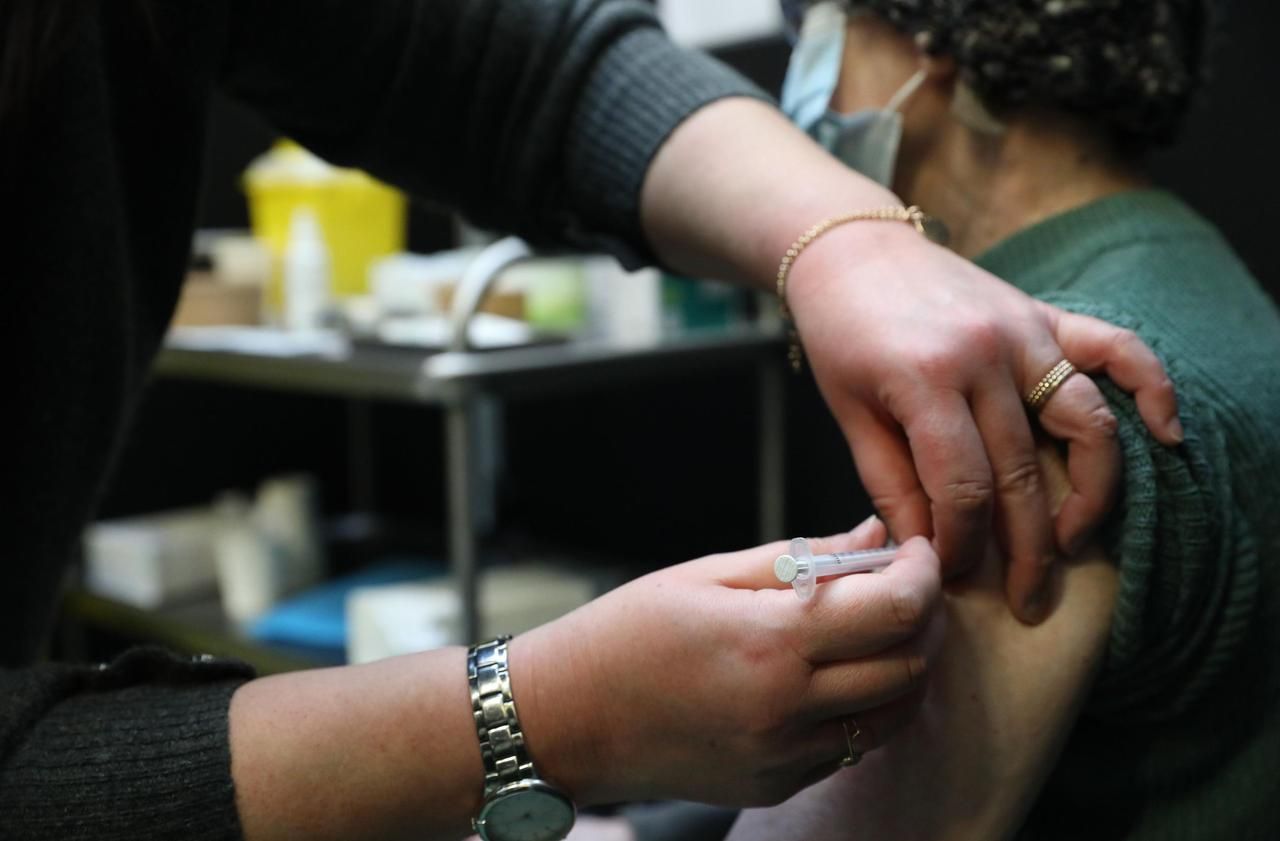 Covid-19: not so easy to get vaccinated in the office! 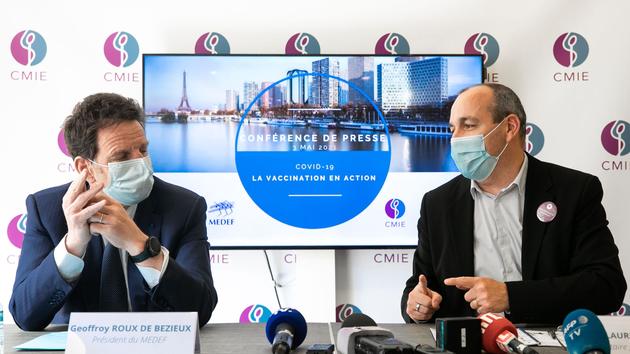 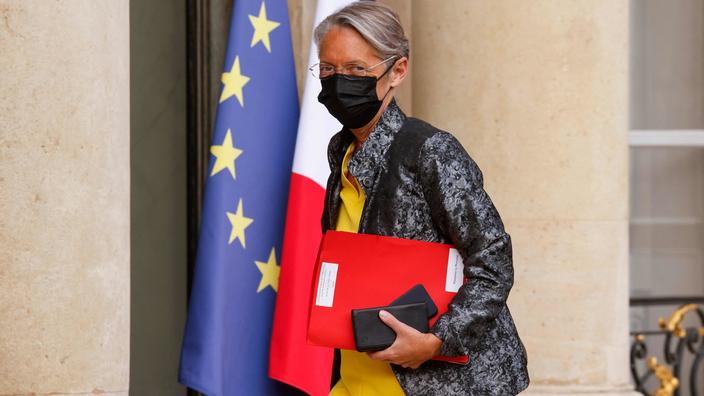 Covid-19: why occupational medicine is "the poor relation" of vaccination