Millions of children are sitting at home because school closings are supposed to curb the incidence of infections. A Munich researcher says, on the other hand, that classroom teaching helps in the fight against Corona. What does he mean?

It is probably one of the most controversial measures in the corona pandemic: the school closure.

While one side warns above all of the "collateral damage" for children and young people, the other side insists on the need for a shutdown.

School closings could make a significant contribution to curbing the incidence of infection, argues this site, because classrooms and playgrounds are no longer possible sources of infection.

There are several studies of school closings that suggest they actually help reduce infection rates.

However, the informative value of the studies is often limited because various anti-corona measures usually work together and it is not always clear which mechanisms actually work.

A research team from Vienna came to the conclusion last summer that school closings were "extremely effective".

The scientists reported in SPIEGEL that the effects could also be other than infection in schools themselves.

The fact that more parents were at home because of homeschooling and had fewer opportunities to get infected while on the move or at work may also have had a positive effect.

A study by Göran Kauermann, statistics professor at the Ludwig Maximilians University in Munich, is currently causing a stir, the results of which point in a different direction.

The study suggests positive effects of school openings in combating the pandemic - if certain conditions are met.

Mr. Kauermann, what was the reason for the study this spring?

After the Easter break in Bavaria, we discovered that there were conditions for a natural experiment.

The children haven't been to school for two weeks.

In around a quarter of the districts they returned in the alternating model, in around three-quarters of the districts, with the exception of the graduating classes, distance learning was applied due to the very high number of locally.

So we automatically had several "control groups".

What did you want to find out?

We examined how the number of infections is developing.

We found that in the districts with the open schools, significantly more corona infections were found in children and adolescents than during the Easter holidays.

In the 5 to 11 year olds the number of infections was on average four times as high, in the 12 to 20 year olds twice as high.

Compared to the counties with closed schools, the incidences were also slightly higher.

When schools are open, more corona cases are found among children and adolescents.

The assumption is therefore that schoolchildren would become more infected in the classroom.

That is the first important point of the investigation.

The second important point is: When the school opened, the students in Bavaria were tested extensively for the first time.

In this way, a comparatively large number of infected people could be discovered and "filtered out".

Put simply, that means that pupils do not necessarily get infected more often at school than at home, but a corona infection is diagnosed with a significantly higher probability.

Exactly, for me that is the central result of our investigations.

The self-tests in schools can significantly reduce the number of unreported cases among children and adolescents who are infected but do not have Covid 19 symptoms and therefore come to school anyway.

Because more is being tested.

That's actually not surprising, is it?

No, but we were able to quantify this relationship for the first time.

I myself was surprised that it was so significant.

The self-tests are compulsory twice a week in Bavaria's schools, but are not considered 100 percent reliable.

How sustainable are your results?

If you get a positive test result at school, you do a very reliable PCR test again.

We only looked at the results of the PCR tests.

"The important thing is that the school openings are accompanied by compulsory and repeated tests."

Some media have drawn far-reaching conclusions from your study.

One headline read, “Why the lockdown is wrong for our children.

Open schools are better than closed «.

The study does not suggest that all federal states should now immediately open their schools to all pupils and dispense with mask requirements, minimum distances and other hygiene concepts.

Of course, children can get infected in school as anywhere else, but schools, as has often been said, are not the drivers of the pandemic.

But the number of infections has risen significantly among children and adolescents in recent weeks, which scientists also attribute to the fact that they are more likely to become infected with the British mutant.

From a statistical point of view, there is no evidence that children and adolescents are primarily infected in schools and that classroom teaching significantly accelerates the pandemic.

We have evaluated a lot of data over the past few months.

We could not determine that there were large numbers of corona outbreaks in schools with many infected people.

Other studies, also internationally, come to the same conclusion.

In addition, the figures from the past few weeks are difficult to compare with those from last year, for example.

Currently, more young people are infected, but fewer older people because they are often already vaccinated.

But precisely because of the high infection rates in the younger age groups, I would recommend opening schools.

You have to explain that.

The most important thing is that the school openings are accompanied by mandatory and repeated tests.

The schools become a test center, so to speak.

An extensive series of tests is carried out for a fairly large population group.

So many asymptomatic infected people can be found who go into quarantine instead of infecting others.

If a child tests positive, other family members usually do a test.

More and more cases are found, and that should curb the overall infection rate.

According to this logic, the number of infections in open schools and regular tests should fall in the medium term.

Does your data provide that?

Due to the nationwide "emergency brake", the framework conditions have now changed again.

In this respect, it is difficult to see this currently from the data.

Could it be that you are a father and would like to see your children at school again?

I actually have two sons, but they are 14 and 16 years old and basically get along quite well in distance learning.

Many other children are certainly worse off and suffer from the school closings.

But as a statistician, I can't say anything about that. 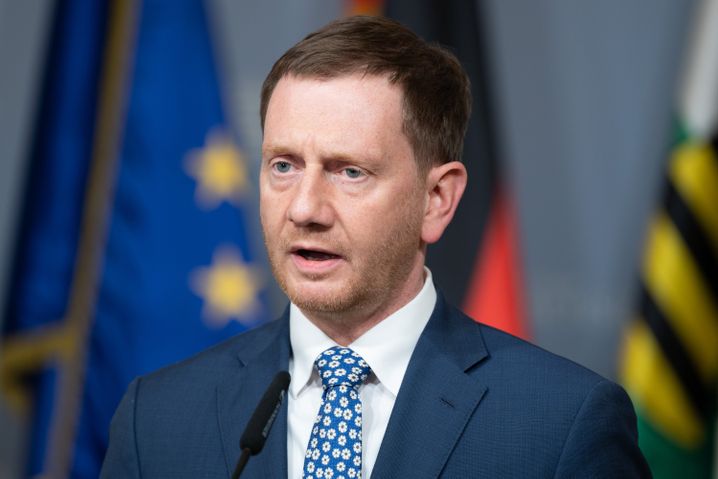 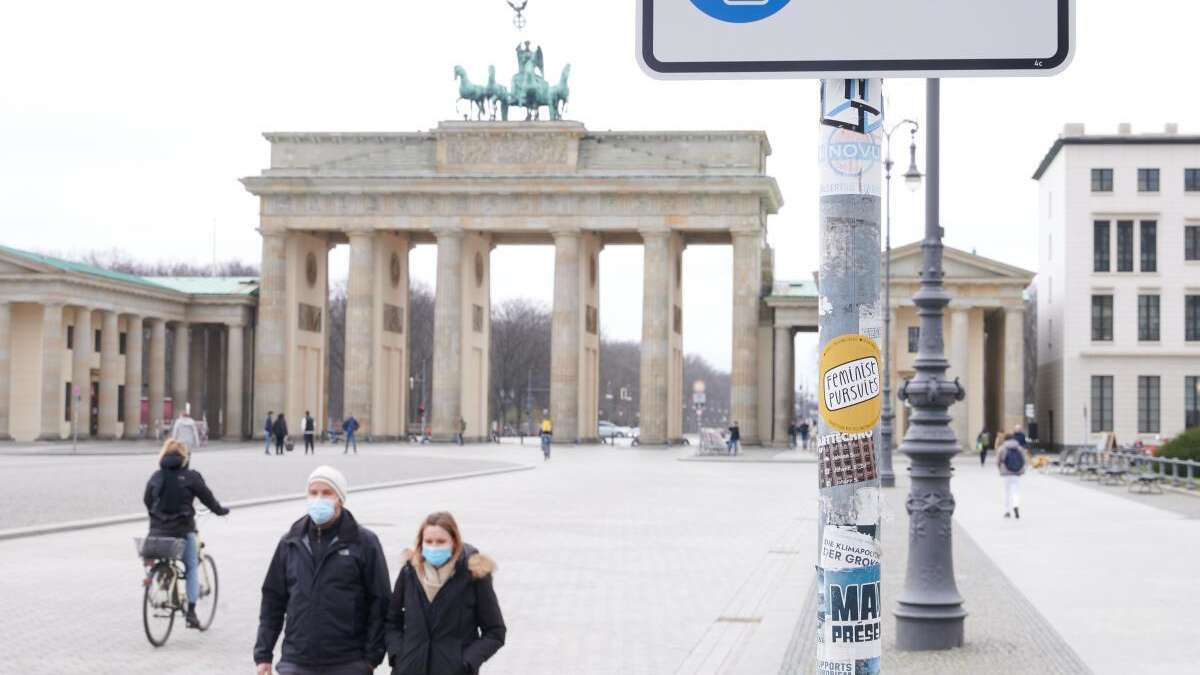 Race against mutations "long lost": Virologist warns of loosening and predicts lockdowns by 2022