Born with a different eye color and pigmentation - and found out she's her own twin - Walla! health

Until the age of 14 Rachel believed that the different colors in her eyes were the result of heterochromia, only then did she discover the truth: her twin sister who was never born is inside her. Here are all the details

Until the age of 14 Rachel believed that the different colors in her eyes were the result of trochromy and that the color of her different skin on the left side of her upper body was a birthmark, but then she discovered the truth: her twin sister who was never born is inside her

I found out I'm my own twin (radrachelle)

Tiktok user revealed a rare detail in a video that garnered more than 9.6 million views: "I found out I was my own twin." Rachel (radrachelle in tiktok) has a different eye color and a line out the center of her upper body, with the color of her skin on its left side different from its color on its right side. At first, experts told her that it was heterochromia - an anatomical phenomenon in the eyes, in which one iris has a different color from the other iris. She also believed that skin pigmentation is a birthmark. At the age of 14 she became very ill and visited a number of medical professionals. She was then diagnosed with a genetic condition that caused her colon cancer. Doctors were unable to figure out what led to this thing, but eventually, when she went to perform genetic tests, they discovered that Rachel had two different DNA profiles.

Rachel is actually a human chimera, meaning she has two sets of DNA in her body after "absorbing" her twin sister who was never born.

She explains in the video: "I finally came across a doctor who managed to decipher that I was a chimera. Chimerism is a condition in which two twin eggs fuse in the womb. I absorbed my twin sister, so I carry her DNA and cells in my body."

I am a Chimera, I absorbed my fraternal twin sister.

Tetragmatic chimera is an innate chimera that occurs through the fertilization of two separate eggs by two sperms - followed by a fusion of the two as a blastocyst or in the zygote stages.

It may also have two blood types or a different eye color, as in Rachel.

Chimerism is a rare condition, there are only about 100 documented cases in humans.

One in 76 million people is diagnosed with chimerism, which means no comprehensive testing has been done on how it may affect the body and how it is linked to other health conditions, such as Raschel's colon cancer and other genetic mutations.

And here she answers surfers' questions:

Reply to @ pideka3872 Answering another question.

Some viewers asked Rachel if it was the result of in vitro fertilization, but she denied it: "No, just a normal accident!".

Another user asked, "Do you know that in the future you may have a child who may have DNA that determines that you are his aunt and not his mother?"

Although he is right and recently we also reported to you about a case where a father discovered that his son was not his but his unborn twin brother - according to Rachel, she had already had two children and her doctors confirmed to her that they both came from her DNA and not from her unborn twin sister.

She said that after the birth of her children, she underwent hysterectomy.

The DNA samples were taken from her uterus and ovaries and the test determined that the ovaries are 100 percent hers and the uterus as well - apart from individual cells.

She said: "In my womb there were some cells of my twin sister, but the majority were mine."

However, her children are expected to undergo further genetic testing just to be sure they do not have other health problems worth knowing about.

Born with a different eye color and pigmentation - and found out she's her own twin - Walla! health

A woman with a rare birthmark has discovered that she is in fact her own twin - Walla! health

Surprising news for blue-eyed people: You are all connected to a mutant ancestor from 6,000 years ago - Walla! health 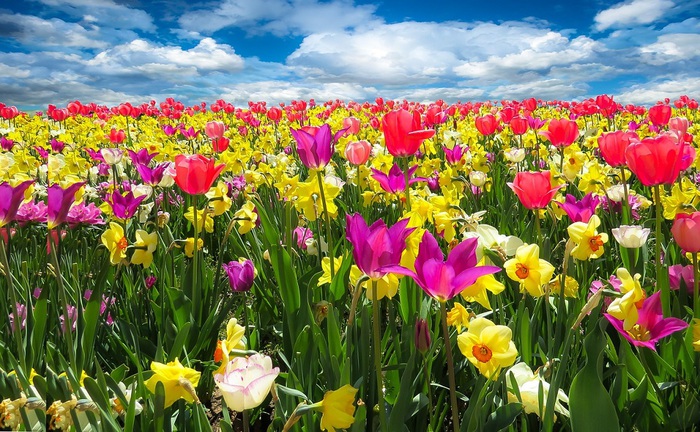 The colors of the flowers altered by climate change

How will you get so much more from your beauty treatments? Experts discover - Walla! Fashion

The common medical device in Corona does not work for everyone - Walla! health

Will the good life stop because of pregnancy? You made Dana Zarmon laugh! - Walla! Celebs

What did you call him? You will be in the market when you discover the real name of these stars! - Walla! Celebs