In the first week of May there were 133.3% more deaths from Covid-19 than in the same period of April

While the rate of infections slows, the rate of deaths is growing rapidly in Argentina. According to experts, this reflects the peaks of 28,000 daily cases that occurred a few weeks ago. 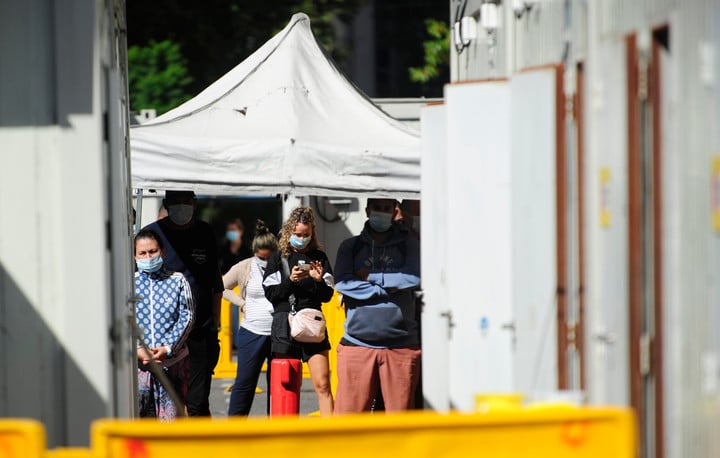 Last Wednesday a new record of 663 in one day had been registered, although it was due in part to the delay in the reports from San Juan and Catamarca.

This Friday, there were 611, another alarming number.

That is the first thing that strikes you if you compare the first week of May with March and April in the same period.

While there was an increase in daily deaths of 39.2% between the periods analyzed in March and April,

, that is, much more than double.

That increasing rate in deaths

did not have its correlate in that of infections

In fact, this curve slowed down in the last month: it grew by 27.3% from April to May in the weeks analyzed, while from March to April the increase had been 151.5%.

Tests in front of the Elizalde Hospital.

The contagion curve slowed down in the last month.

If you graph it, you can see how the death curve steepens sharply between April and May.

This occurs, in part, for statistical reasons in themselves: "The percentage variation of a small number is always

, which is much more 'inelastic", explains the sociologist and demographer Octavio Bramajo.

But there is also the health issue.

Something is changing, beyond the statistical matter: "The number of deaths

is an expression of the 28,000 daily cases that occurred three or four weeks ago

, not the cases now," warns Lautaro de Vedia, infectologist at the Muñiz hospital and former President of the Argentine Society of Infectious Diseases (SADI).

"If a case evolves badly, the patient enters an Intensive Care Unit on average after ten days, remains at least 17, and

in total it is between 30 and 40 since it is infected," says

This goes beyond the delays in reports and communications that there may be ”.

"If it is the latter, it would be terrible, because it implies that

Critically ill patients remain in intensive care for between 30 and 40 days.

The fact is that

, while in the period corresponding to April it had been 169 and in March, 121. “In Argentina there were an average of 900 deaths from day in the five years prior to the pandemic, during which mortality remained stable, recalls Bramajo. The fact that today the Covid contributes with half of the expected deaths is not good ”.

However, it is still necessary to know if this trend will be brief or it is here to stay, especially if infections decrease.

the case curve is loosening

, thanks to the restrictions of the last few weeks.

is still at a very high level

”, highlights Jorge Levalle, head of Infectious Diseases at the Pirovano hospital and member of the SADI Commission for Emerging Diseases.

This treatment of contagions does not indicate that it is necessary to loosen with the care.

In fact, Levalle himself highlights, “with the new strains there is a greater aggressiveness in the infection.

, while moderate cases are stabilizing ”.

the age of death is falling

, although it is still too early to know exactly how much.

"More young people are dying than before, while older people are not dying as much as before," Levalle observes.

It probably has to do with a proportion of older adults having at least one dose of vaccine.

That has a protective effect ”.

Vaccination in older adults could have an impact on the decrease in the number of deaths in that age group.

the health system is demanding to the limit

"That affects the number of deaths," warns De Vedia.

Over there you can put up with a patient in the general ward for a few days and meanwhile you can put oxygen on him, but when you transfer him to the ICU you have already lost three days and then it is too late.

between the first week of March and the first of May, and the situation is even more dramatic in the AMBA, where private health centers reached 95 % occupancy of Intensive Care.

In Buenos Aires hospitals, meanwhile, to the 450 ICU beds, another 50 were added days ago, most of which were quickly occupied.

between the analyzed week of March and May.

That panorama had been seen a month ago, when the public system stopped giving shifts for non-essential procedures and those scheduled were suspended.

The health system is demanding to the limit and that affects the number of deaths.

This Friday there were 5,268 hospitalized for Covid in Argentina, while the occupation of ICU beds (Intensive Care Unit) by adults in all pathologies was 68.7%, somewhat lower than that registered in the AMBA, of 76, 5%.

This is revealed in the latest report from the National Ministry of Health.

There are 66,872 deaths from coronavirus to date.

fatality is not altered

, despite the increasing number of deaths from Covid-19.

That rate rose only from April, not March.

More precisely, it increased by 83.3% between April and May in the weeks analyzed.

But that of May is almost the same as that registered in March (1.93%).

And both in early March and in April and May, the fatality rate was lower than the general one since the pandemic started, located at 2.14%.

Coronavirus in Argentina: having to choose a patient, the fear that flies over every day in intensive care

Coronavirus vaccines: everything you need to know 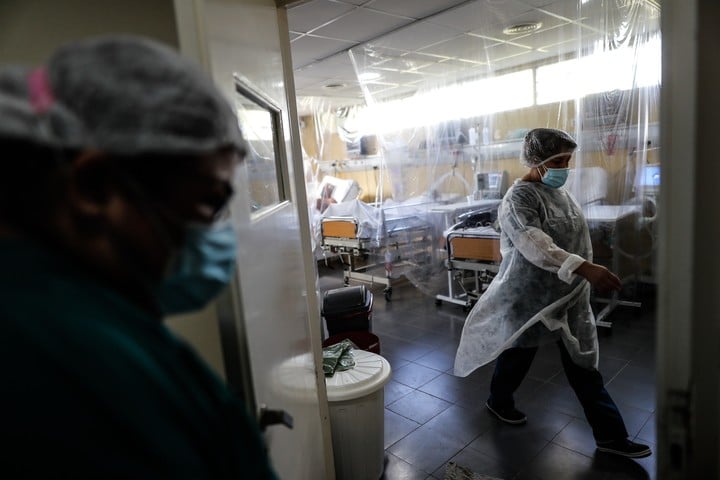 In the first week of May there were 133.3% more deaths from Covid-19 than in the same period of April

Number of Covid 19 deaths is increasing: How deadly is Corona really? A comparison

Number of Covid 19 deaths is increasing: How deadly Corona really is - a comparison

Number of Covid-19 deaths is increasing: How deadly Corona actually is - a comparison 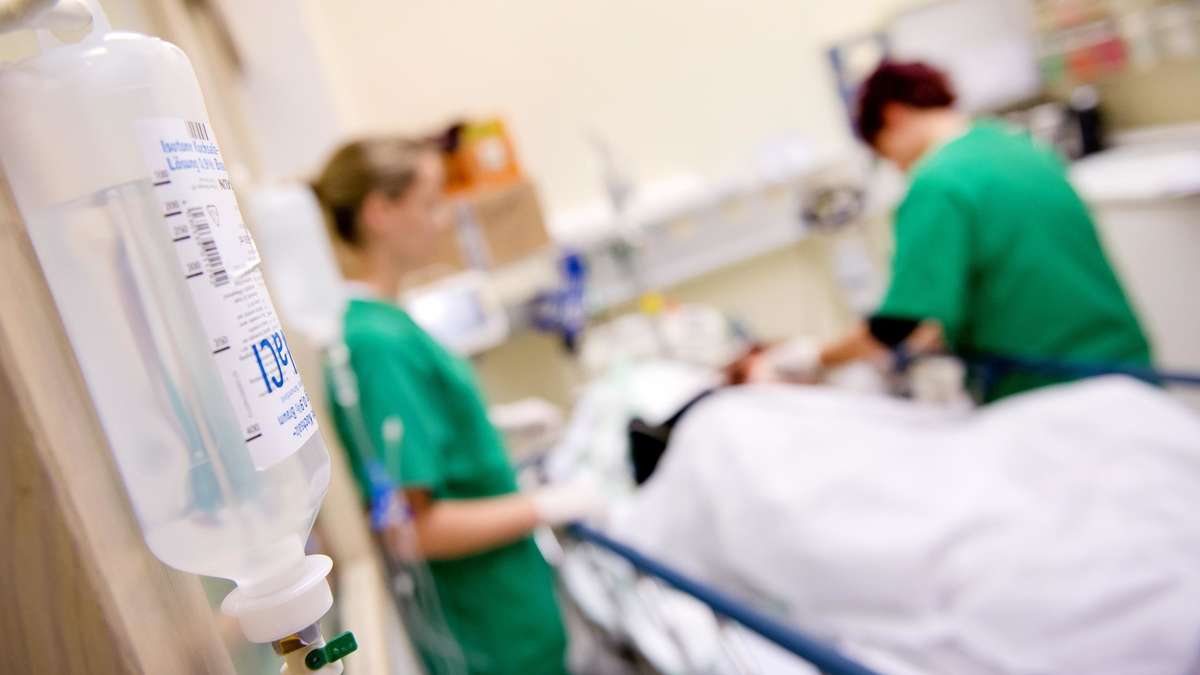 Number of Covid-19 deaths is increasing: How deadly Corona actually is - a comparison

More and more corona deaths! A comparison: how dangerous is Covid-19 really?

Number of Covid 19 deaths is increasing: How deadly is Corona really? A comparison 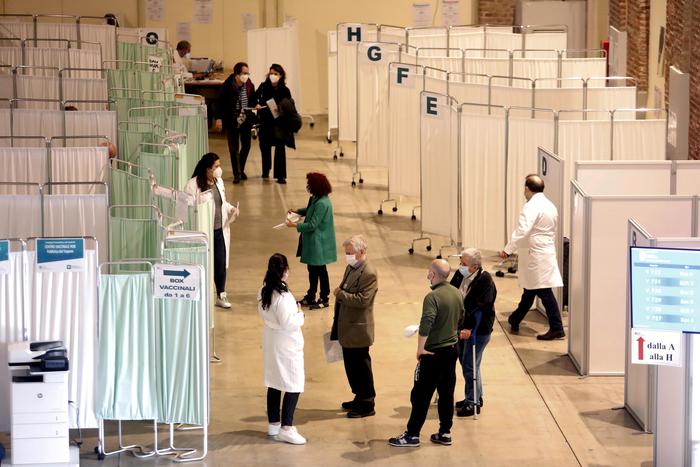