400 horses, 300 km of race between the Opal Coast and the Elysée: the return of the legendary Fish Route

For nearly 600 years, teams have crossed the countryside to deliver fresh fish from the Opal Coast to Paris. Passionate people have 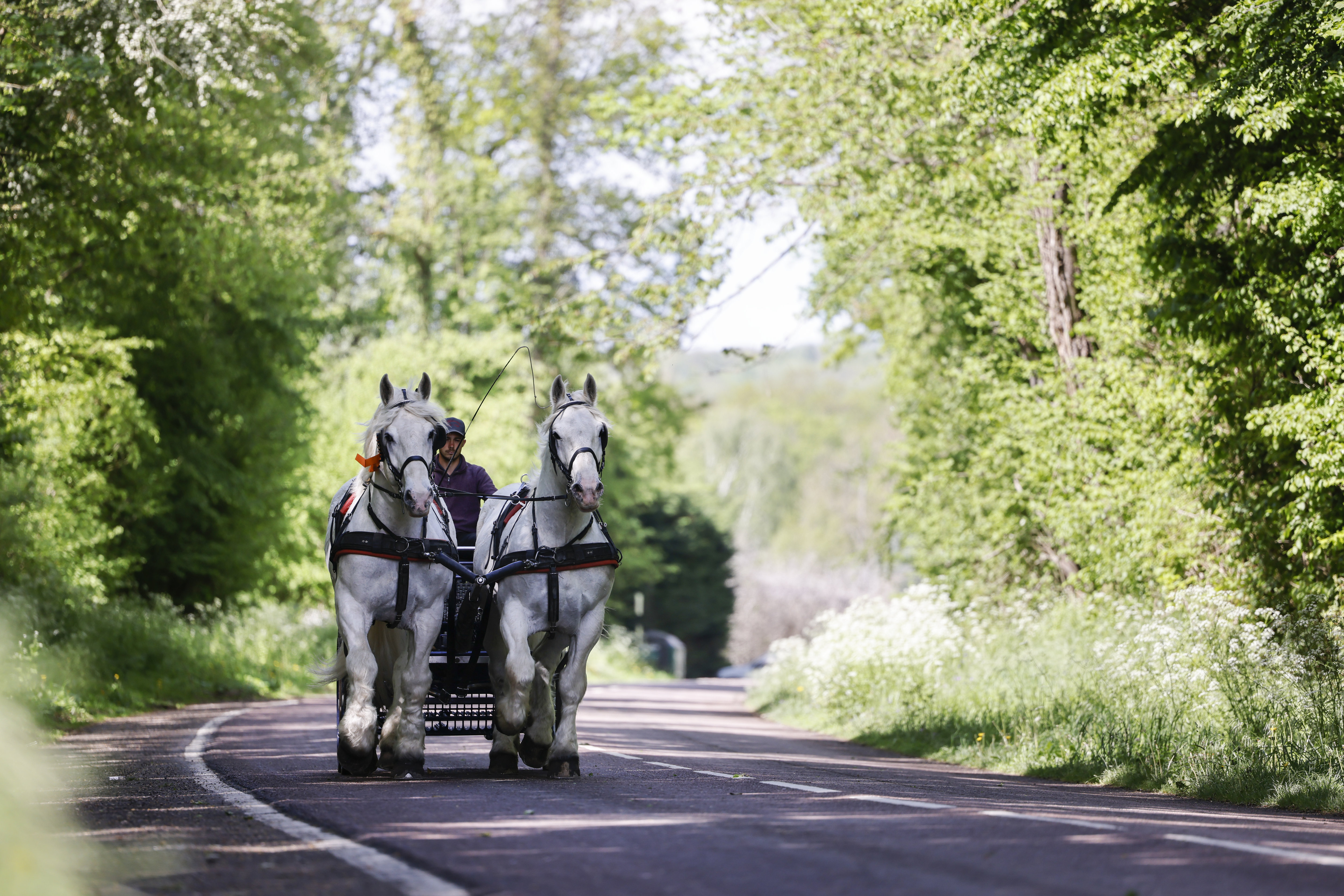 Can we make a niche with this "bousin"? Sébastien Vincent, laughing eyes of a child and a massive face, is at the controls of the bousin in question: 2.5 tonnes at the very least, of which 350 kg just for the car and two pairs of horses of at least 500 kg each. He doesn't even bother to answer, rolls his tongue over his palate and emits a funny "bluuiiit". Immediately, the horses begin to reverse, the coupling slips and the bumper comes to a smooth stop a few millimeters from the white palisade which borders the meadow. “And without a reversing camera! »The leader swags. In the smell of dung, in the middle of the fields and woods of Sacy-le-Grand (Oise), the feat does not move the neighboring ruminants.

The competitor and captain of the Bienvenue chez les traits team is currently training for the Fish Route.

This exceptional draft horse team relay race will be reborn from its ashes, from September 21 to 26, 2021. And the finish will be held in the heart of Paris, on the Champs-Élysées.

To promote this great comeback, for a few days now, race teams have been displayed in the Paris metro and on the buses.

This Wednesday, May 19, to celebrate the reopening of restaurants, the sound of hooves will resonate in the capital: three teams will deliver fish to the Parisian master restaurateurs, an association promoting home-made.

If you are not from the North or are not a horse lover, little chance you will remember.

The sporting and popular event was created in 1991 as a tribute to the journey of the tide hunters, the carriers that conveyed fresh fish from Boulogne-sur-Mer (Pas-de-Calais) to Boulevard Poissonnière and the halls of Paris.

“The practice lasted from the 13th century until around 1850, when Baron de Rothschild created the Compagnie des chemin de fer du Nord.

Little by little, horsepower replaced the horse of flesh and blood ”, tells Thibaut Mathieu, one of the re-founders of the race, with the fervor and sometimes accents of Stéphane Bern.

Wait for what follows: “This journey made history when, in 1671, the great cook François Vatel, the inventor of Chantilly cream, took his own life. Not seeing the tide hunters coming, the steward who was planning a fish feast for King Louis XIV visiting the Prince of Condé had not wanted to suffer the affront of being unable to serve them. The inexhaustible Thibaut tells us about a time when refrigerated trucks did not roam France. It was therefore necessary to connect Paris in less than twenty-four hours from the Opal Coast to keep the fish fresh.

For ten years, the Fish Route celebrates this glorious past.

This is where Thibaut Mathieu, Ismail Aït and Richard Durbiano come in, the three men who stand out in chic outfits in the muddy terrain of the Oise.

These three friends quit their jobs, respectively in hospitality, communication and the environment in January 2020, and since then are seeing things big.

Richard Durbiano, Thibaut Mathieu and Ismail Aït (from left to right) have left their jobs to relaunch the Fish Route.

They recruited more than 50 employees.

On the track, there will be 50 veterinarians.

We expect 6,000 volunteers and, for the time being, fifteen teams have registered.

Among which internationals: Swiss, Swedish, Germans, Austrians… The English team will not be able to compete because of Brexit.

"Knowing that each team is made up of 70 people, and eleven pairs of horses, imagine the organization", laughs Ismail Aït.

“It will be so much more than a race, like the Tour de France or the Route du rhum.

An event that brings together around territories!

Prestigious sponsors like the actor Thierry Lhermitte, the former chef of President Guillaume Gomez, the star of the equestrian stunt Mario Luraschi must publicize the Fish Route.

The Élysée will receive fresh fish

Blow of brilliance, after "a year of polite insistence", the three men won the high patronage of the President of the Republic, to whom the teams will symbolically deliver fish to the finish line.

"It is perhaps not unrelated to the origins of Emmanuel Macron in Amiens," Thibaut Mathieu slips.

One can imagine the child that he was vibrant for this historic event which then crossed the Picardy capital.

Théo da Silva trains two Boulonnais who will participate in the Fish Route, "a test of endurance and precision".

For this rebirth, the first five days, the teams will compete in handling tests such as the dreaded “flobart traction”. There, the horses will have to take the boats of fish out of the water. Historically, the catch of the day was shrouded in ice; the couplings then weighed up to 3.5 tonnes. For the 2021 edition, the loads will not exceed 500 kg so as not to make the animals suffer. Then on Saturday, the highlight of the show, the teams will set off on the road with stages of 15 km where you have to change pairs… of horses.

“You shouldn't imagine a speed race but rather a test of endurance and precision,” insists Théo da Silva, himself a team leader and member of the organization.

There is no question of pushing the animals beyond their capacities, they must arrive to the nearest second at the stage.

Later, they will have penalties.

Give sweet words to your animals in Picard

On the Fish Route, four-legged athletes need the best cardio for the relay as well as the power and skill for specialty events.

Today in Sacy-le-Grand, Tyrant, a huge beast with a brown robe and black mane, is training for the balance test, "the most difficult" according to its leader, Sébastien Vincent.

This involves placing a 30 m tree trunk on a log.

Humans support animals in their training.

Sébastien whispers in Picard in the ear of his horse "from" for on the left, "hutto" for on the right.

"The dialect is better, more intimate," rosy the big fellow.

“An hour of walking at least every day for endurance;

plowing in neighboring fields to develop muscles, ”describes the coach, who has been following“ his ”Tyrant for eleven years.

The Picard "fell into the pot when he was little".

At the Vincents, we have been "in the line" for three generations.

The grandfather, Marcel, created the small museum of horse-drawn carriages in the town;

the father, Michel, greatly enriched it.

Sébastien Vincent has been training Tyran for eleven years.

When it's time to have a snack in the good smell of leather in the stables' upholstery, Thibaut Mathieu, who has spent his year meeting participants, is enthusiastic. “From North to South, the road is an adventure for enthusiasts. 80% of amateurs have one or two horses that they bring to a team and invest time, energy and money out of love for their animals, ”he reports.

Among the great stories, the Hardis Mareyeurs team, the largest with 180 people, includes "both disabled people and young people dented by life", describes Yves Decavele, its historical creator, delighted to return to this educational project. … In Brittany, it was necessary to organize a tough selection to keep only the best equine champions.

In the Ardennes, on the contrary, there is still a lack of horses.

It's all about the demographics of each trait breed.

"There is a future outside of steaks"

The famous Percherons are not the only draft horses… The Hexagon is the cradle of nine breeds.

Among which the Comtois, nicknamed "the blonde" because endowed with a long mane the color of wheat, the poitevin, with its hair on the legs to protect itself from mosquitoes in the marshes, and so on.

These breeds have long been the pride of France, including internationally, when the United States brought in Boulogne draft horses by the thousands to plow the major crops of the American West.

France is the cradle of nine breeds of draft horses, which have long been the pride of the country, including internationally.

But populations are in decline. Forty years ago 40,000 northern traits were born per year, the largest with 1.90 meters at the withers. Last year, only 21 of these ch'tis foals were born. "A heartbreak" for lovers of beasts of burden. In fact, farms now only survive to end up on the plates of horse meat lovers, especially in Japan. But "there is a future apart from steaks", wants to believe Thibaut Mathieu.

Foresters are already well aware of the value of horse power to pull forest trunks where motorized vehicles do not pass. Sébastien Vincent, for his part, offers his Boulonnais and his northern traits for events, to plow the organic garden of the neighboring town, etc. He has found a role at the height of his hoofed giants much in demand by the big screen. Recently, some of his “foals” have appeared in Gustave Eiffel's biopic with Romain Duris. That day, Sébastien leaves us in disaster to take the Pollux donkey to give the answer to Kad Merad.

But the promoters of the Fish Route want to go further and take advantage of the trend towards soft mobility to reintroduce couplings in the city.

“The infrastructures already exist, the large cities were historically built for horse-mobility.

Look at the porte-cocheres, the fountains.

Imagine if each of the 36,000 municipalities in France had even two of these magnificent mammals.

For September 26, the team is planning a big party.

With souvenirs stamped with the Fish Route logo: a prancing horse whose body ends in a fishtail.

On September 26 in any case, more than 400 horses will invade the capital and parade on the most famous avenue in the world, between the Concorde and the Champs-Élysées roundabout. The mayor of Paris has already said yes. "It will be the

in a period when we really need it, anticipates Thibaut Mathieu, and like a mini-Agricultural Show, while the Ile-de-France residents have been deprived of it, but in compliance with health rules. "

The team concocts a popular and gigantic party. “There will be a trawler hauled up by the Seine; a meadow where we can simulate plowing; under the plane trees, horse-drawn carriages from all eras will be exhibited, ”describes Baptiste Urhé, in charge of events. Not to mention the T-shirts, caps and mugs bearing the Fish Route logo: a prancing horse whose body ends in a fish tail. And the mounted guard, of course.

Maisons-Alfort: the legendary Fish Route is reborn, the veterinary school will be its ally

400 horses, 300 km of race between the Opal Coast and the Elysée: the return of the legendary Fish Route 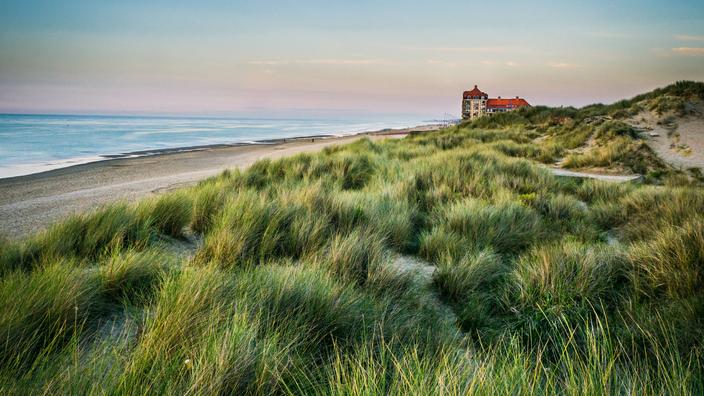 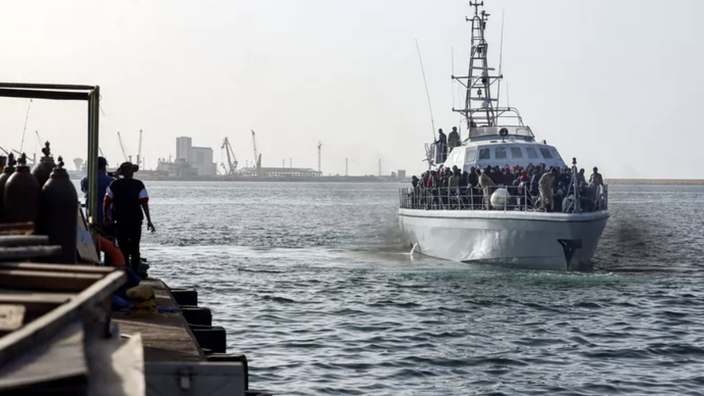 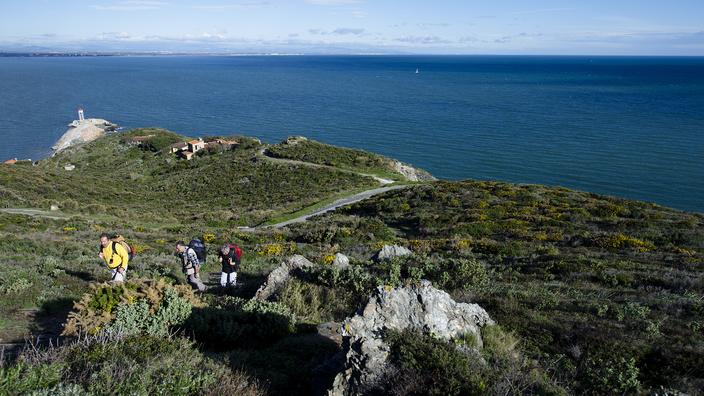 Hiking on the Côte Vermeille, the wonders coast of the Pyrénées-Orientales 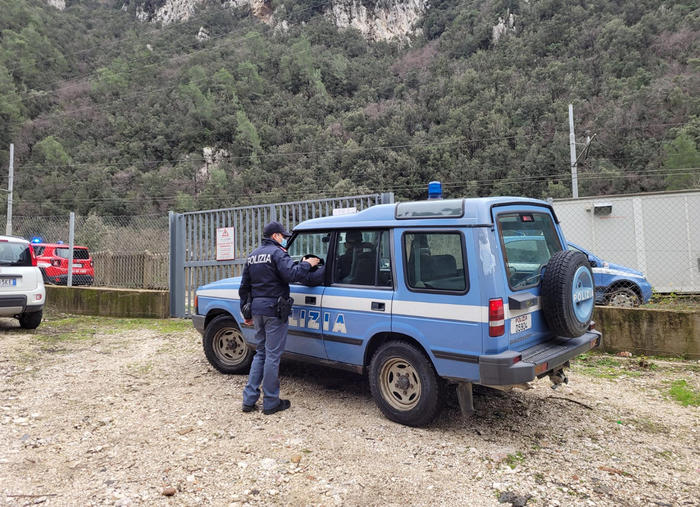 In the Hérault, the last chance nets to save the beaches 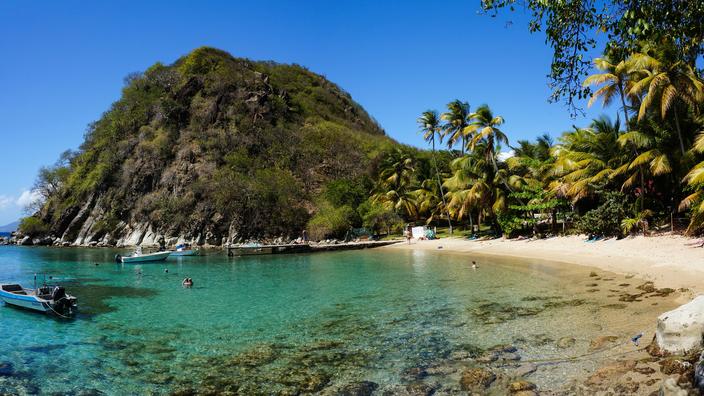 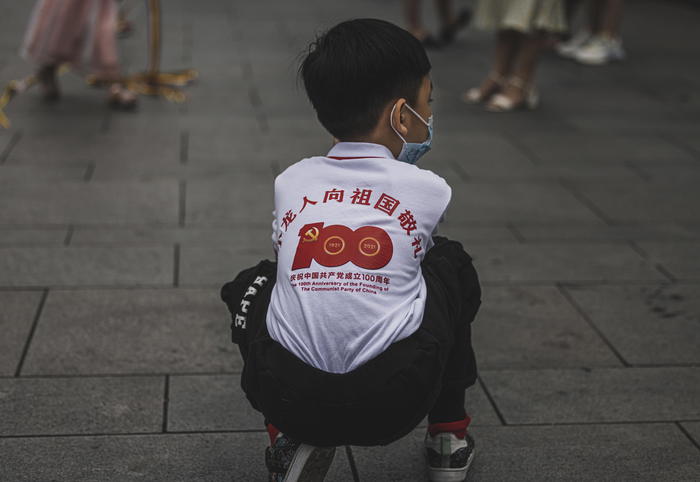 China: Wsj, under study to remove the roof for births by 2025