Recommendation of the Standing Vaccination Commission: A booster vaccination against Corona is necessary by 2022 at the latest

New vaccinations in the coming year - according to the Standing Vaccination Commission, Germans should be prepared for this. Modified substances that also work against mutants are already being developed. 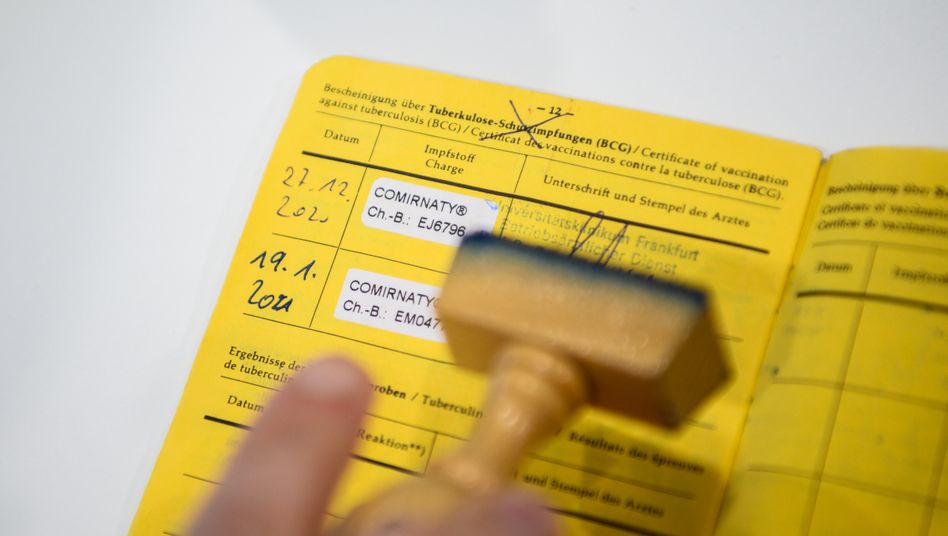 Third entry in the vaccination certificate 2022?

In the coming year at the latest, citizens in Germany will have to be vaccinated again against the corona virus. “The virus won't leave us again. The current corona vaccinations will therefore not be the last, "said the chairman of the Standing Vaccination Commission (Stiko), Thomas Mertens, to the newspapers of the Funke media group. "Basically, we have to be prepared for the fact that everyone may have to refresh their vaccination protection in the next year." According to a recent survey, the general willingness to vaccinate has increased significantly in Germany.

Mertens pointed out that the manufacturers say they are already working on modified vaccines that are supposed to be effective against relevant currently known mutants. According to the Stiko boss, it is also conceivable that the vaccination protection in individual groups is already waning or is generally too weak. This could affect individual age groups or people with certain previous illnesses. In patients whose immune defense is controlled by drugs, it could be that a third dose is necessary in the short term, according to Mertens.

SPD health expert Karl Lauterbach expects that immunity will last around six months after a vaccination. The first refreshment will therefore be due for some in the fall, he told the Funke newspapers. Should mutations spread in Germany against which the current vaccines are not as effective, one may have to start an adapted vaccine earlier. The vaccines from AstraZeneca and Johnson & Johnson did not work so well against the South African variant. "If this variant spreads widely among us, the affected people should be the first to be immunized better."

According to official information, 30.4 million people in Germany had received at least one corona vaccination by Saturday.

That is 36.5 percent of the total population.

Since the start of the vaccination campaign in Germany almost five months ago, the willingness to vaccinate has increased significantly.

This is the result of a YouGov survey commissioned by the German Press Agency.

According to this, almost three quarters of Germans over the age of 18 want to be immunized against the corona virus.

36 percent of those questioned have already had themselves vaccinated at least once, and another 38 percent intend to do so.

Shortly before the start of the vaccination campaign on December 27, only 65 percent had decided to vaccinate. 19 percent rejected the immunization at the time, now it is only 15 percent. The proportion of undecided has fallen from 16 to 11 percent since the end of December.

Several federal states have announced that the vaccination prioritization in medical practices will be lifted for the week that begins this Monday.

In Bavaria and Baden-Württemberg, all corona vaccines available so far may be vaccinated by the doctor regardless of the state-prescribed prioritization.

From this Monday, Berlin will also lift the prioritization of all available corona vaccines from general practitioners and company doctors.

Saxony follows on May 24th.

However, in many places there may not be enough vaccine available, so that all those who want to be vaccinated will quickly be given a vaccination appointment.

Recommendation of the Standing Vaccination Commission: A booster vaccination against Corona is necessary by 2022 at the latest Astrazeneca: Doctor names three scenarios for first-time vaccinations under 60 - "Have to reschedule now"