Stefan Raab is allowed to continue playing the Eurovision Song Contest. One of the music show's regular cast won, a signal was set for Turkey, and the German candidate just looked like Udo Lindenberg. 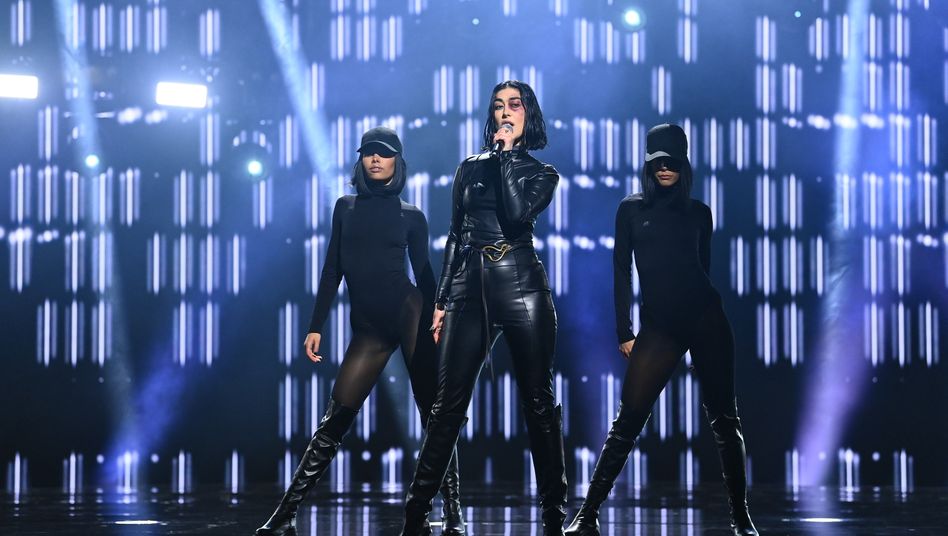 Like a child who plays his favorite show with his friends on the children's birthday party, Stefan Raab, as a producer at ProSieben, repeatedly organizes programs based on the model of the Eurovision Song Contest.

And in 2020 he found the reason to even announce his own European singing competition, the “Free European Song Contest”.

At that time, the "real" Eurovision show was canceled due to corona, only a rather lame replacement broadcast was announced.

But Raab wanted a competition, and he simply organized it himself, in direct competition with the programs of ARD and the European broadcasting union EBU.

But this year the EBU will dare to compete again, even in front of a bit of an audience in Rotterdam.

But Raab and ProSieben stuck to the "Free ESC" concept, only moving the program forward by a week, so to speak at the start of the Eurovision week.

For fans there are ESC recognition effects such as the "Europe, start voting NOW !!!" by the moderation duo Conchita Wurst and Steven Gaetjen.

The fact that the votes from one to twelve points per country are read out for an hour at the end also arouses nostalgic feelings.

But the competition lacks the representative element, similar to the one at the Bundesvision Song Contest, when bands from Berlin played for Saxony-Anhalt or Saarland because the bassist had moved from Halle or the drummer's grandmother lives near Saarbrücken. It is the same here when Jasmin Wagner sing their very German pop hits under a foreign flag because of their Croatian mother or Mandy Capristo because of their Croatian father.

Now one could argue that the original ESC includes a certain chanson mercenary; Celine Dion from Quebec once won for Switzerland, Vicky Leandros for Luxembourg. As if to prove it, the Slovenian Ben Dolic (in a crocheted net shirt!) Competed for his home country at the »Free ESC«, who should have represented Germany in the 2020 Eurovision Song Contest. And yet the height of the fall is different when it is halfway official bodies that decide who represents a country - and no more or less random well-known artists like Amy Macdonald or Milow just have time to present a current single, just for Scotland or Belgium.

For the old "TV Total" fans, there are breaks in the competitive atmosphere through stupid country cliché clips with the off-speaker legend Manfred Winkens.

Stefan Raab once broke up the all too solemn atmosphere of the ESC as a songwriter and producer with "Wadde hadde dudde da?" - nonsense or "Guildo loves you" - irony.

But today the ESC makers can self-irony better, and the stale gags make the competition show look old-fashioned.

Another thing that makes the Eurovision Song Contest fall is that time and again delegations and artists want to use the performance in front of the pan-European public to get their message across; To send a social message - not too political, however, as that would contradict the EBU statutes. There were very powerful and moving moments. But there are also songs full of "Be strong" incantations and "Unity" calls that remain vague and sound hollow.

Much more concrete is the appearance of the Berlin singer Elif: She competes for Turkey in the “Free ESC”, and with her song “Alles Helal” she rebels against the Islamic guardians of virtue: “Baba, your daughter loves sin,” she sings it Father on - and put on a black eye for it.

The appearance is a protest against violence against women and LGBTQ people, which is not only found in Turkey, but there is "the situation particularly bad," as Elif commented in an Instagram post.

During the vote, Monica Invancan, speaking for Croatia, praised the "very important song" and gave it the highest rating with twelve points.

But the three countries that were allowed to vote by televoting had apparently heard the message: Elif received ten points from Germany, eight from Austria and still five points from Switzerland.

The countries that do not belong to ProSieben's broadcasting area were represented by individual jurors who were selected according to some strange criteria: friends and relatives of the performers voted for Slovenia and Poland, and the outgoing FC Bayern player Javi Martínez voted for Spain connected to the quarantine training camp hotel, the Irishman Johnny Logan said hello from Rotterdam, where he is staying for an “other big music event next week”, and “Wellerman” shanty singer Nathan Evans indicated with a wonderful accent (“sax puints”) that he was rightly spoke for Scotland. But the message of an Elif was as little received by him as by other jurors who did not speak the German language: It was just a message that was not addressed to a pan-European public in the form, as it is the claim with the ESC.

The German-speaking audience is familiar with Rea Garvey, who stood for the country from which he came to Germany in 1998: Ireland.

While other participants woven individual song lines in their native language into the German or English lyrics as a homage to the country they were supposed to represent, Garvey performed a special version of his hit single »The One«, which was actually released in November - »iridescent, so to speak «With a new fiddle intro.

Irish folk echoes to a mid-tempo rock ballad with house elements in the chorus: That was a mixture with which international judges, whether young or old, could start enough to regularly give at least average points. And the voters of the three televoting countries, who Rea Garvey know from mainstream radio and as a juror on various music casting shows, agreed: "The One" was number one, three times "douze points".

Anyway, Rea Garvey had shown more commitment than most of the contestants: On stage he wore a sweater with the Ireland flag, and he acknowledged the top ratings with pithy "Yeah" shouts.

Otherwise he would never win anything, he cheered after the decisive vote.

He had acted like the grown-up form of the boy on the show, who has to win every sausage snap and every egg run at a children's birthday party.

So according to Stefan Raab's taste.

And who represented Germany?

As a surprise, Raab's team had already staged the German contribution to the first »Free ESC«.

At that time it was Helge Schneider with a purring corona isolation song.

This time the surprise seemed to have flown in the first advertising block, in which a new Udo Lindenberg album was advertised.

Then it was Germany's turn, Steven Gäthjen routinely roared Lindenberg's career highlights - and then Helge Schneider acted as a Udo impersonator with a hat and a casual micro swing and sang an ode to Helge Schneider, naturally with a panic-gaga sound (»Lass they talk, the weak mates «).

That was a successful surprise, and it would be a good running gag for future "Free ESC" shows, if they really should happen: Who does Helge Schneider represent for Germany? 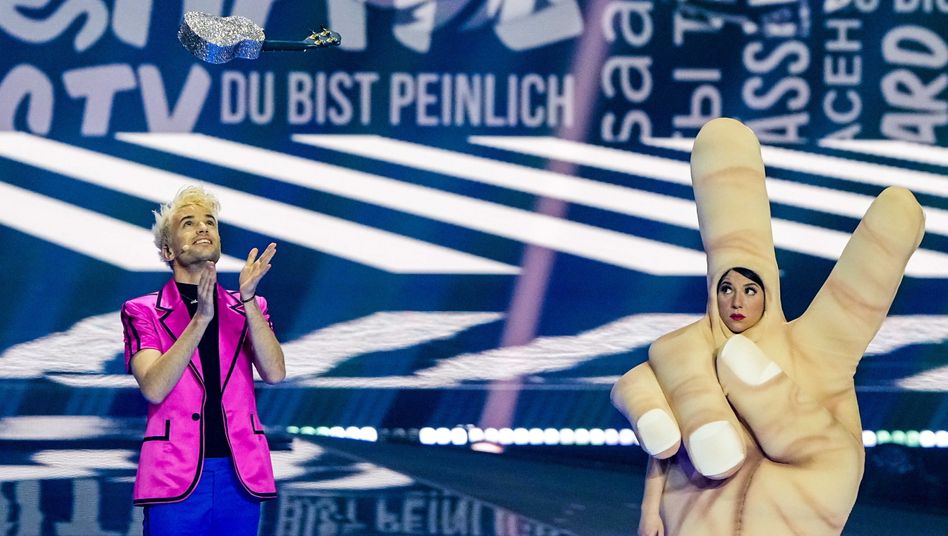 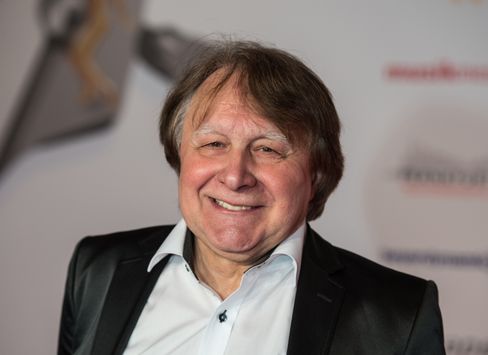 Come learn joy ... an entertainment event for children in Daraa 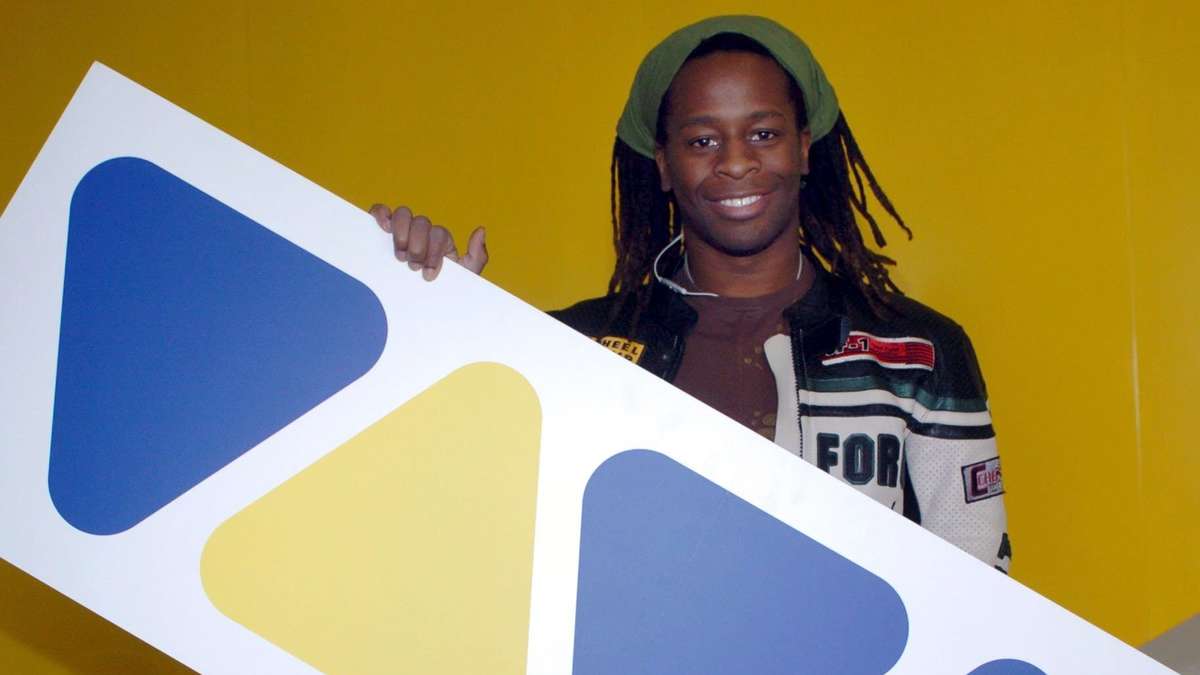 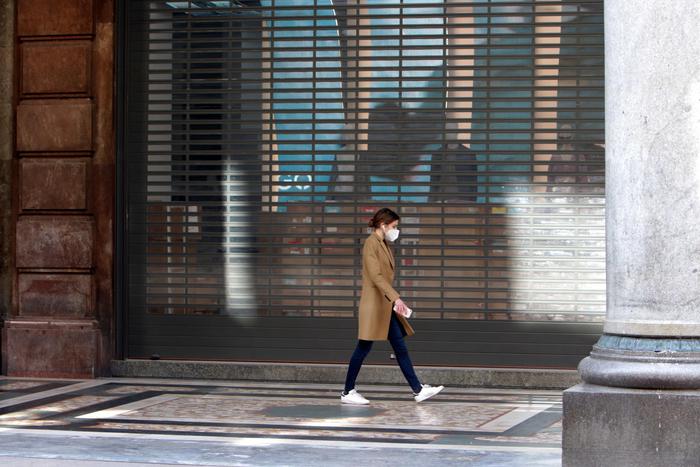