From Tinder to "Dating fatigue", Judith Duportail experiences the new evils of love

The journalist is publishing a new book on dating in the post-Tinder era. After having dissected the inner workings of this app 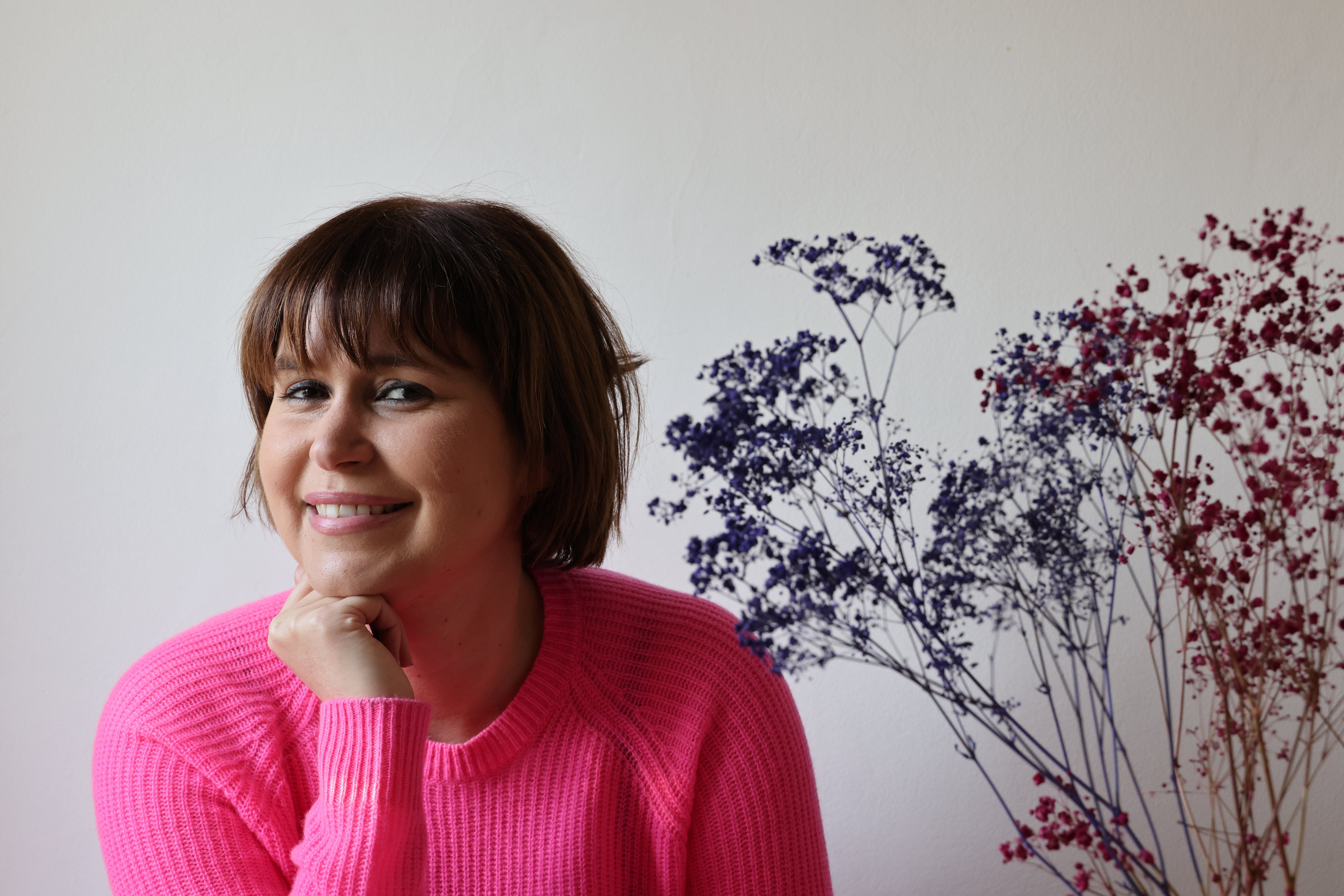 The little pink flame flickers on her phone.

Tinder and its endless parade of faces are just a swipe of a finger away.

From “swipe”, insiders would say.

A gesture of the index finger to the left, the profile tilts into oblivion.

The photos are linked.

When suddenly: “It's a match!

Behind his screen, another said yes.

Judith Duportail knows the mechanics of the world's most famous dating app by heart.

The flame ... then the laziness

The pathology is that of a whole generation.

The journalist sought there love, sex, comfort, "a blanket to deceive loneliness" ... The promises of the beginnings have flown away in the cynicism of algorithms.

This is "dating fatigue".

Judith Duportail has made “this new flavor of emptiness in the multitude” the title and the subject of her new book.

“It's as if the threads between my heart and the outside world had been cut,” she wrote in the foreword to describe this state of “emotional burn-out”.

The almost logical continuation of “Love under the algorithm”, his first investigation into the workings of Tinder published by Editions de la Goutte d'or.

She unraveled her own experience to understand how dating apps - apps as she almost affectionately calls them - "use our loopholes to get us addicted."

Quartier Jules Joffrin in the 18th arrondissement of Paris.

A Monday morning in May.

We arrive breathless on the sixth floor without an elevator.

The door opens with a big smile, a cheerful hello and a candy pink sweater.

Judith and her thirty-five energetic springs go to prepare coffee in the kitchen of her little two-room apartment.

The Sacré-Coeur is barely hidden behind the roofs of buildings.

Between the two windows, an office quietly awaits its author.

How do you "navigate the jungle of celibacy with a sensitive heart"?

It is here that this specialist in digital love examines her ailments which resonate with those of the time.

Judith Duportail spent much of the confinement writing about "the equivalent of twentieth-century romantic melancholy."

Under her auburn bangs, her brown eyes sometimes stray towards the Parisian clouds.

She gives "a piece of her soul and her body"

Installed on her flowery armchair, two steaming cups placed on the coffee table, this daughter of a psychoanalyst and a philosophy teacher weighs the words.

As a seasoned writer.

“When I see things, I try to understand how it is determined by the time, she slips.

It is a political phenomenon.

In each of her investigations, she "gives a piece of [her] soul and [her] body" to decipher this society and its excesses.

"She bares herself with a lot of grace, charm and fun," comments her friend, Victoire Tuaillon, author of the podcasts "Les Couilles sur la table" on masculinities and "Heart on the table" on love. .

The two journalists meet on the benches of the Science Po journalism school. “We weren't very popular,” recalls Victoire.

They didn't know which box to put us in.

I remember that Judith had made her thesis on the lolcats

(photos of a cat with a humorous caption, Editor's note).

I found it too cool, school a little less.

In the meantime, his "very hardworking and very funny" girlfriend has developed "a singular vein".

“Judith works a lot on her subjects, she reads a lot of things.

And she mixes it all up with her intimate experience.

A story in the first person

For a few years now, the jovial thirty-something has swapped the impersonal third person of her first articles to seize her “I”. And become one of the representatives of "narrative journalism", which borrows codes from the novel. "It's a genre in which we expose ourselves," she warns. You have to have the same intransigence with yourself as with any source not to serve yourself the soup. "

Judith Duportail inspects her dating fatigue in every nook and cranny, even the most intimate.

And wonders between attempting to flirt in a bar, lesbian experience or reflection on the couple: how to "navigate the jungle of celibacy with a sensitive heart"?

How can you still love after #MeToo when you're straight and a feminist?

How to "build egalitarian relations between men and women in a world that is not"?

His hands pat the green fabric of the chair.

“I found myself at a point in my life where I wondered how I was going to not become embittered, given the state of relationships and flirting.

I also wanted to denounce and share the harm that apps had done to me.

The Tinder years have left their mark.

On her, as on all of society.

"It hurts to receive insults because you did not respond to a message straight away," hammers the repentant swiper between two sips of coffee.

It hurts to see that a guy has "unmatched" you when you come back from a date that went really well and you don't understand why.

Read also "There is a real problem with dating apps": the call for respect launched by the boss of Bumble

His sneakers crossed on the floor.

“Apps have created a multitude of flippant cruelties that affect even those who have never been there.

At the first annoyance, we release the person from his life, believing that there are 15,000 others behind.

All this feeds mistrust and threatens our possibility of reaching out to others.

The magic has vanished.

The journalist stops swiping after a few years as you put out your last cigarette.

Addicted to the "ego boosts" of matches and their dopamine dumps as much as you can get to nicotine.

In 2013, freshly single, she had yet registered on Tinder the flower with the gun.

Like a whole wave of young connected city dwellers.

The app - created a year earlier - is a hit.

At the time, this Rennaise - imported to Paris post-baccalaureate - worked for the Figaro web service.

She stumbled upon an American article which explains that Tinder assigns a “desirability score” to each profile.

A way of rating users like the Elo Score, this global ranking system for chess players.

The practice "revolts" the journalist and makes her want to dig.

We are in 2016. Judith leaves the daily a few months later.

She and a few others set up the Journalopes, a collective of independent women journalists "to recreate an editorial atmosphere and help each other among freelancers".

Like a detective wandering his magnifying glass over society.

“I saw that my life and the innovations of the time were responding.

Apps are a revolution that I experienced as some saw the invention of printing.

A paper for Vice allows him to make his first "big blow".

For two weeks, she said "yes to all the guys who accost her in the street".

“Global buzz,” she sums up.

By investigating Tinder, she ends up receiving her some… 800 pages of personal data!

And finds amazed that her conversations with hundreds of matches have been archived.

She wrote an article about it, which was published in the Guardian in 2017. Second big hit.

“That's when I said to myself that there was really material to make a book.

"After the release of" Love under Algorithm ", she finds herself propelled into" Madame Tinder "on TV sets.

The one who was already writing lots of stories jubilant: “I was super proud.

A first book is a step.

A documentary in preparation

The next one will be a documentary adaptation broadcast in a few months on France TV.

Filming is in progress.

“She is a lightning rod writer, image Jérôme Clément-Wilz, the director.

She accepts to be crossed by very strong dynamics to help us better understand our time.

She is a pioneer.

She poses words and concepts on themes that have not yet been explored.

“Many people find themselves in what she says and find answers there, abounds Pauline Verduzier, journalist within the Journalopes collective.

She goes very far in dissecting her own life in the service of denouncing the effects of algorithms, violence, influence… ”

"I always want to fall in love"

A dive into the intimate "sincere and rigorous", sometimes difficult to assume.

I don't think I will continue to work on love all my life.

I also want my private life the rest.

“Usually we are not aware at this point of the privacy of our children, recognizes Sophie Duportail, his mother.

But for someone of my generation who does not know all this universe, his style - the fact that it is so well written - allows to internalize and better understand.

In our time, post-May 68, it was much easier to meet, lighter.

And his demand for love does not fail.

“I always want to fall in love, to kiss on the neck, to go to Italy for a weekend without leaving the hotel room.

»His prescription for dating fatigue?

“Simone Weil writes that few people know that others exist.

I believe it has never been so true.

You have to learn to slow down and take the time to consider the other.

"Dating Fatigue, loves and loneliness in the (20) 20s", published by the Observatory.

Digital love, its words ... and its evils

comes from “to swipe” in English which can be translated as “drag”.

Action of scrolling through profiles on a dating app with his index finger or thumb.

comes from “to match”: to match, to go together.

When two people have "liked" on the app, they "match".

This means that they can start trading on the app.

word from English to date which means "to have a romantic date".

comes from ghost, phantom in English.

We “ghost” someone when we don't give them any news overnight.

It's a brutal way to end a relationship.

It is the act of keeping someone under the elbow, by sending them little attentions from time to time.

From Tinder to "Dating fatigue", Judith Duportail experiences the new evils of love 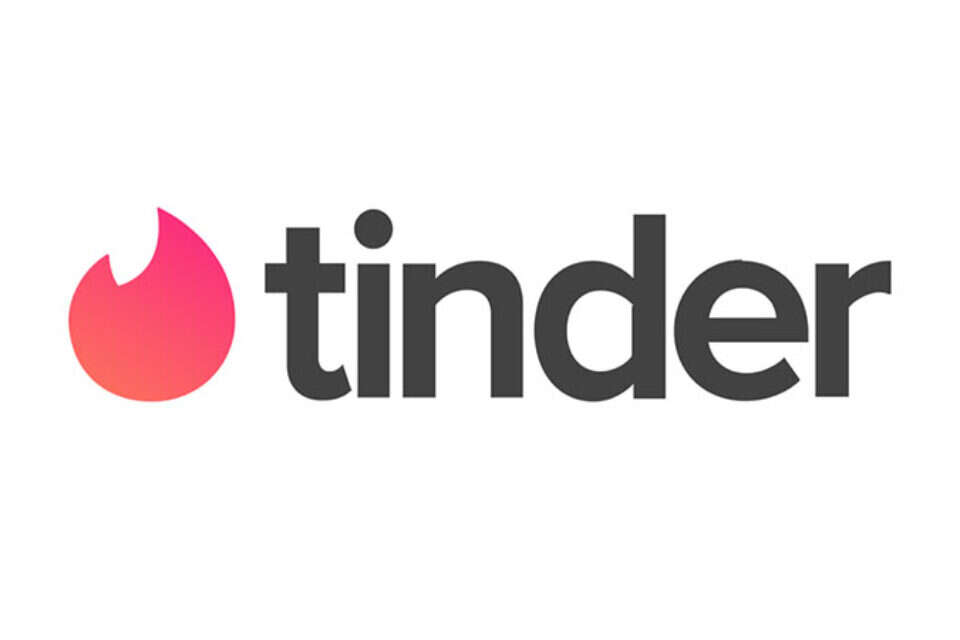 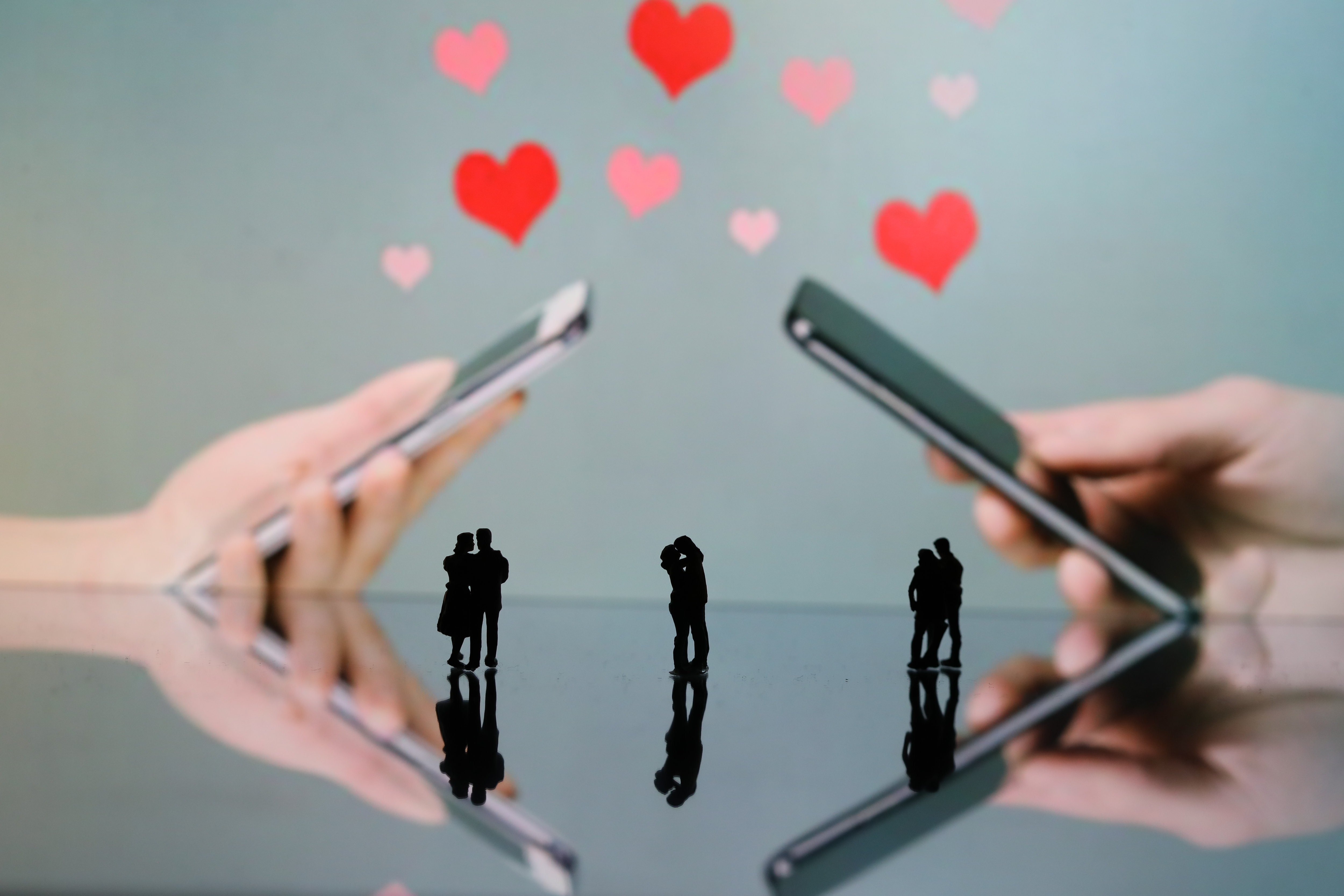 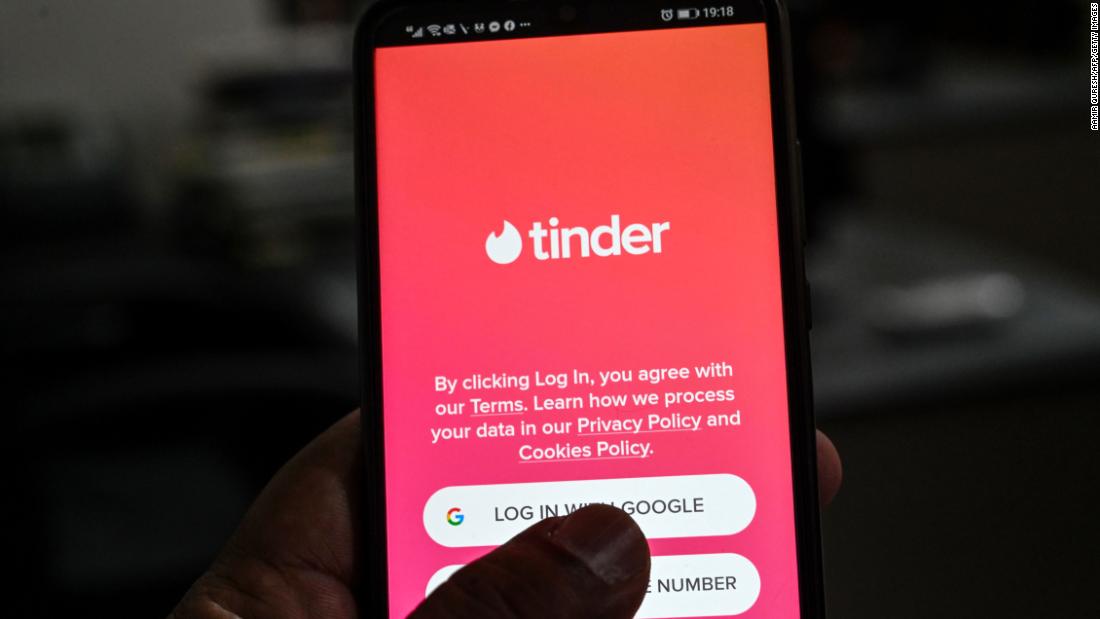 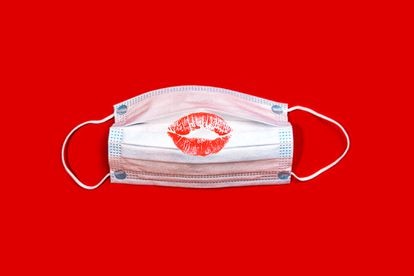 "People who have the two doses are a great game": everything that has changed in Tinder in the days of the mask&nbsp; 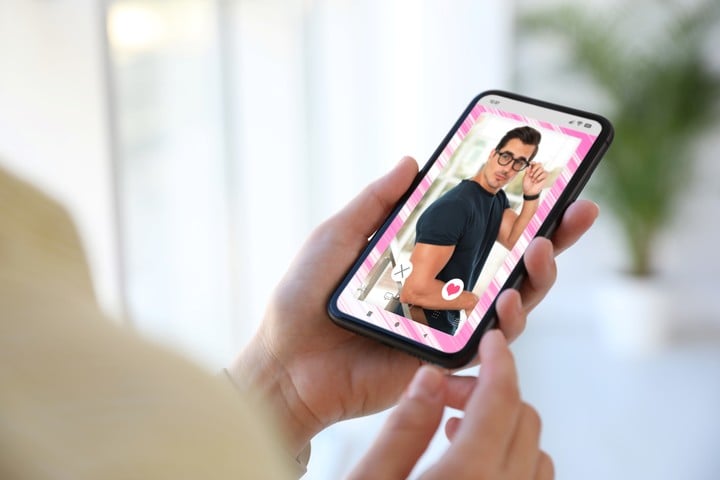 Dating apps: how vaccination influences when looking for a partner 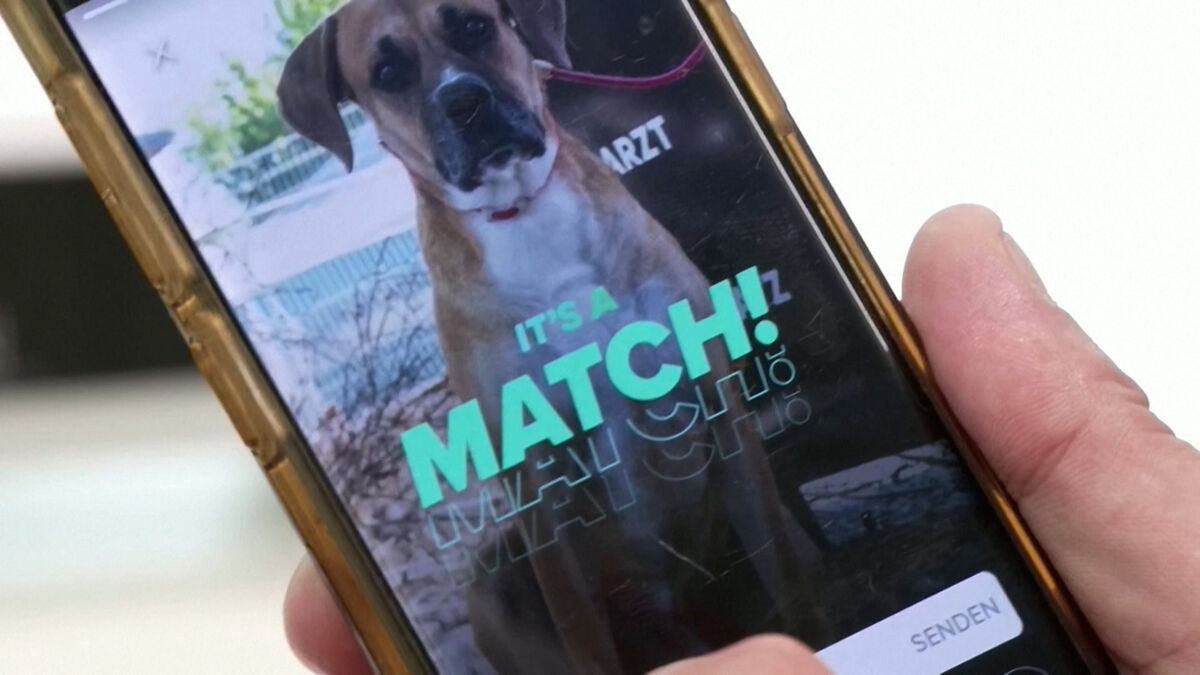 VIDEO. Germany: a shelter places animals on Tinder to find them a home