A study at the University Clinic on the right of the Isar examined how many doctors and nurses would like to be vaccinated against Covid. A study at the University Clinic on the right of the Isar examined how many doctors and nurses would like to be vaccinated against Covid.

or have even already done it: That is the positive result of an online survey carried out by experts at the Klinikum rechts der Isar at the Technical University of Munich. The study was

as a preprint on the

A total of 13 scientists were involved in the study as part of the CEOsys project (Covid-19 Evidenz-Ecosystem) of the University Medicine Network under the direction of the University Clinic on the right of the Isar in Munich.

The analysis is based on an anonymous online survey

that was carried out between February 2 and 28, 2021 among health workers across Germany.

According to the press release of the Klinikum rechts der Isar, data sets from 4,500 participants could be evaluated.

The most surprising thing was clearly the high willingness to vaccinate in Germany, which was much higher than previous studies had suggested

Christoph Schmaderer, managing senior physician in the department of nephrology at the University Hospital on the right of the Isar, who together with Dr.

Bernhard Haller (Institute for Medical Informatics, Statistics and Epidemiology) is one of the main authors of the study.

91.7 percent of the participants stated in the survey that they had already been vaccinated or intended to be vaccinated.

This means that not only “herd immunity in the health sector can be assumed”.

Larger medical staff failures due to Covid-19 in the middle of the pandemic are probably no longer to be expected - a reassuring development.

Just recently, many media had reported that a relatively high proportion of medical staff refused to have a corona vaccination or were skeptical about it

. The current study paints a different picture. "According to our data, there can be no question of a vaccination refusal in health care," says Schmaderer.

But how do you explain these differences? Most of these media reports were based on two studies carried out in Germany, including the “Cosmo Study” by the University of Erfurt. It evaluated the willingness to vaccinate a very small subgroup with only 127 participants with an “activity in health care”. At around 60 percent, this was similarly low as in the general population. Due to the small number of participants and the lack of subgroups, however, this work does not allow any statement to be made about the willingness to vaccinate individual professional groups. In addition: This was measured with a different, seven-point scale - unlike in the current study: “

In detail these were: “willing or already vaccinated”, “undecided” and “not ready”.

This scale was also used in another evaluation, to which many media reports on vaccine-critical health workers were also based.

This analysis was based on data from the “German Interdisciplinary Association for Intensive Care and Emergency Medicine” (DIVI), which had shown a similarly low willingness to vaccinate for December 2020 with only 65 percent.

However, only doctors and nurses in intensive care units were interviewed for this.

At this point in time, no vaccine was available

“, Says Schmaderer - unlike in February 2021, when the survey was repeated: Now the willingness to vaccinate had risen to 75 percent.

"We speculatively assume that the greater willingness to vaccinate could also come from the fact that many medical employees have seen colleagues that the vaccination is safe and tolerable," says Schmaderer.

He hopes that the result of the new study will encourage many who are undecided in the healthcare sector to decide in favor of a corona vaccination - and also in the general population.

Employees in the medical field could once again become important ambassadors here.

Willingness to vaccinate least among under 20-year-olds

Especially since the current study also provides information on what discourages people from vaccination: One factor was therefore age. The willingness to vaccinate was lowest among participants under 20 years of age. This could be related to the fact that they feel least threatened by Covid-19, said Schmaderer. According to the study, distrust in government agencies and the pharmaceutical industry were also factors influencing vaccination rejection. Participants who refused vaccinations also used messenger services and video streaming platforms more often. A lack of knowledge about vaccines or the feeling of not being adequately informed was also often associated with a rejection or reluctance to receive a corona vaccination - a finding that could also be used for the conception of vaccination campaigns.

For example, knowledge about vaccination should be disseminated as far as possible on the channels that people usually use to obtain information, recommends Schmaderer.

: Very rare increased risk of bleeding after BioNTech vaccination: Possible side effects of corona vaccines at a glance *

Five snacks that simply melt your fat away in between

Five snacks that simply melt your fat away in between No salary without a vaccination: Can the boss release vaccination refusers from work?

No salary without a vaccination: Can the boss release vaccination refusers from work? 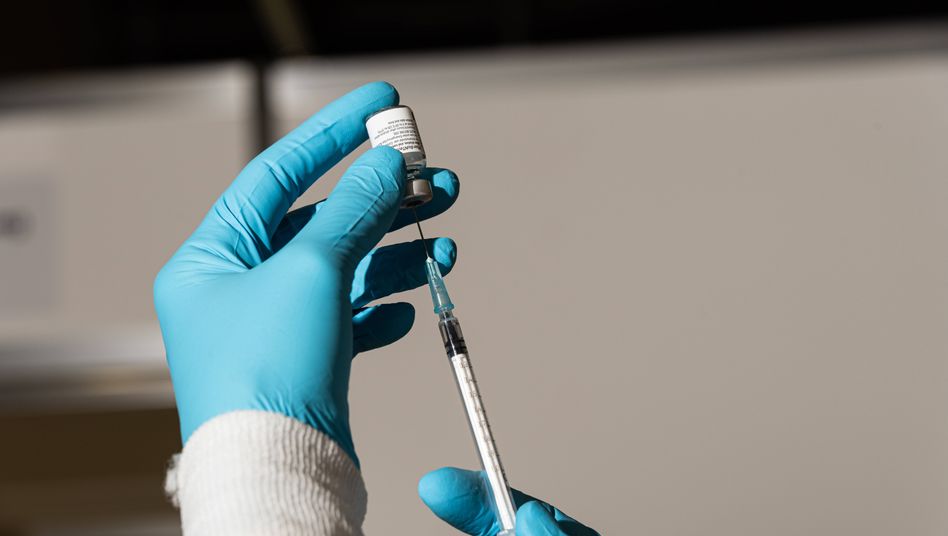 Is there a compulsory vaccination for nurses? The majority of Germans consider it expedient

More than 82% of doctors plan to get vaccinated against corona: "Critical significance for success" - Walla! news Corona: Survey among Germans with clear results - Spahn and RKI boss before a joint press conference