Employee of the subcontractor STN, she was one of the spokespersons for the chambermaids of the Ibis Batignolles (Paris), mobilized during 22 months. 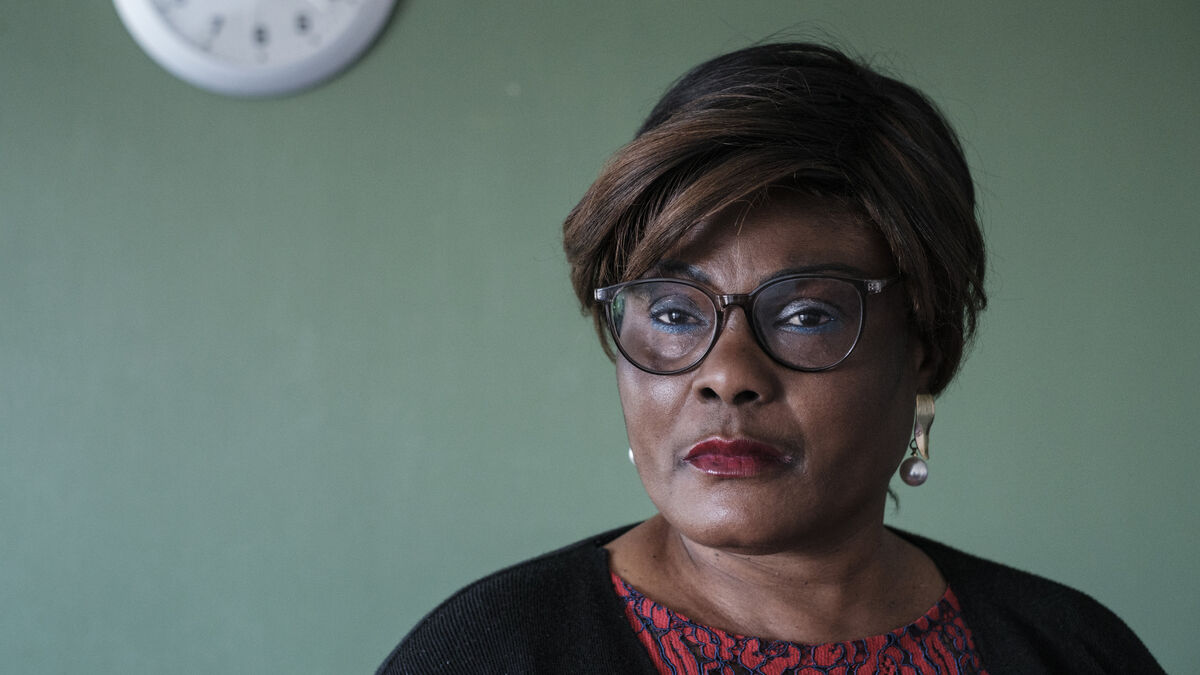 That of the painting on the banners, of the brazier on the picket line in the early morning?

At Sylvie Kimissa, who in 2019 became one of the leading figures in the mobilization of the chambermaids of the Ibis Batignolles (Paris), during the eight months of strike there was a sweet smell.

Once back home, far from the slogans sung in chorus with her colleagues, the fifty-something baked cakes or donuts, "with 50 centimes flour", "for the child's snacks", her son, today 10 years old. “With the strike, it had become difficult. I didn't even think about buying bread anymore. My son complained, I didn't have enough to buy him McDonald's. He said to me:

Mom, we were already poor. You're making the situation worse

… ”Sylvie held on, dragging the little boy into the demonstrations,“ to make him understand ”. We even saw him, remembers Rachel Keke, another spokesperson for the movement, one day taking the microphone during a rally, "to ask the Accor group to give money to his mother!" "

Little Thomas could not guess then that "the fight" would be so long.

It began in July 2019. Exceeded by their working conditions, the chambermaids stopped working at the vast Ibis Batignolles hotel.

Employed by the subcontractor STN, they demanded to be hired by the hotel group Accor, whose subsidiary AccorInvest manages the establishment.

The strike lasted eight months, then it was partial unemployment from March 17, 2020.

On May 25, an agreement was reached, ending 22 months of conflict.

“When I told my son,” Sylvie said again, “he shouted:

"Born poor, you must survive"

She relates all this with a serious air.

At the time of the photo shoot, she winced: “You have to ask me to smile, come on!

A little joy, we won all the same!

Sylvie then smiles, elegantly seated on a bench surrounded by weeds.

The sun ricochets off the facade of the large bar behind it, which dominates this northern district of Bondy (Seine-Saint-Denis).

She lives there with her son, in a two-room apartment on the 11th floor, with a breathtaking view of the motorway, an army of suburban pavilions, and on the horizon, the towers of La Défense (Hauts-de-Seine) .

Thanks to the basket premium of 7.30 euros and the passage of her contract from 6 to 7 hours per day, Sylvie hopes to obtain larger accommodation: "Now, I can pay, so that the child has his own room."

She moved there eight years ago, after obtaining a residence permit.

Originally from Congo Brazzaville, she had left behind two daughters, who had grown up - one now lives in Clermont-Ferrand, the other is training in Senegal.

An itinerary that she sums up in one formula: “Born poor, you must survive.

It was her older brother, Barthélémy, 62, established in the Paris region, who referred her to a place of maid, "thanks to word of mouth".

Seeing his sister become a pugnacious striker hardly surprised him: “Young, already, at school then at college, she was a leader.

And there, I saw that she was determined.

Every day dozens of rooms to exhaustion

The person however confides that she did not lead wide in her debut: “I was on a fixed-term contract, I did not dare participate in the walkouts.

At the Ibis Batignolles hotel, she discovered the bonds of friendship with the other chambermaids, many of them from West Africa like her.

But also backbreaking work, which she tells in her own striking way.

More than two hours of transport per day. The arrival at work, and the discovery of "the board". “Every day, we are given the schedule, with the number of rooms to be done. Marked with a red line when there are departures, and everything must be redone. Sometimes there are rooms

, to be done before noon.

When you see 20 rooms in priority, your brain starts to heat up.

You know you're gonna run, and no one will be sent to help you.

One day the customers arrived at the bedroom door.

I was still there, I had not finished… ”She recounts her back pain, exhaustion… The issue of pace was at the heart of the strike: the employees had to finish cleaning the rooms, even if it meant finishing more. late ... Without being paid more.

“Subcontracting is abuse,” Sylvie repeated during the mobilization.

To read also Working conditions of the chambermaids: the daily life of Amina, 37 years old, linen maid and striker

For a long time, she explains, “we were afraid, we didn't know how to express ourselves at work”. The chambermaids are unionized, turning to the CGT HPE (Prestige and Economic Hotels) to prepare for the strike. And Sylvie, the verb high, quickly supported her friend Rachel Keke in the negotiations and in front of the press. Rachel, four years younger, says that she is his “big sister”: “She seemed never to doubt. Sylvie notes: "I learned that in this society, you have to fight to have rights. "

The two women have become inseparable in the eyes of those around them.

"They gave us courage," slips Hadidjata Karamoko, one of their colleagues.

“The other women did not dare to answer the journalists, laughs Sylvie Kimissa.

And yet, we had to hear them when we were talking to each other!

We told them: we've been struggling for a long time, the management has not responded, we will have to get back to work… They replied:

"It's historic and it's a huge change in our lives"

"These fantastic women have stood up and are teaching us all a lesson," said lawyer Slim Benachour, who supported the strikers in the last line of negotiations. The agreement obtained caused a stir within the CGT HPE itself, against the backdrop of an internal crisis. Some considered insufficient the progress obtained compared to the employer's proposals in October 2019, and with regard to the duration of the conflict. Sylvie Kimissa brushes this aside with the back of her hand, just as she rejects criticism aimed at Claude Lévy, a disputed trade unionist within the CGT. “He has always been with us,” she insists.

Certainly, the chambermaids did not obtain their "internalization". “But I was at the negotiating table and I know what we got. I am going to go back to work with a 7.30 euros basket premium, I am going on a 6 to 7 hour contract, with the same number of rooms. My salary will go from 1,000 to 1,300 or 1,400 euros. It's historic and it's a huge change in our lives. She doesn't know yet when she'll be back to work, as the hotel slowly comes back to life. She hopes to get bigger accommodation: “Now I can pay, so that the child has his own room. "

Rennes: the mystery Céline Vervaele, the missing woman from the lock 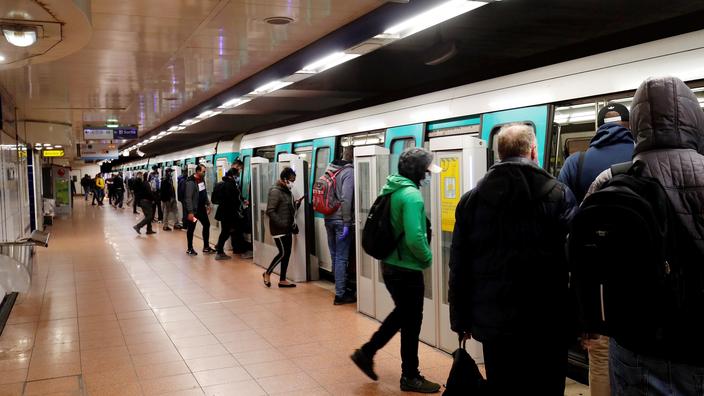 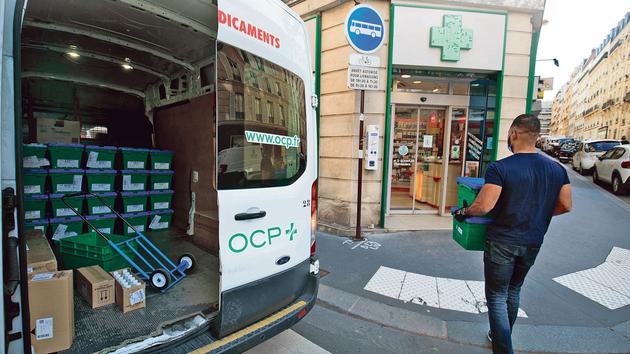 At the heart of millimeter logistics to deliver vaccines 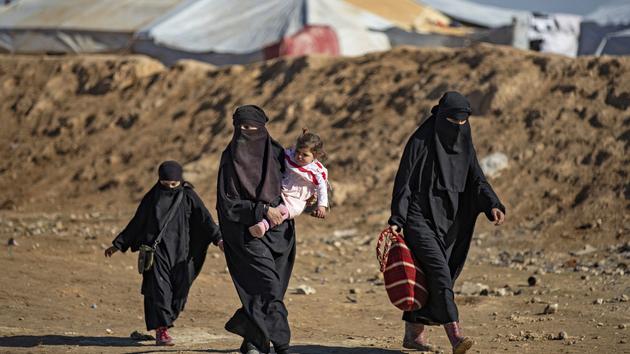 Return from Syria: the burning dilemma of women and children

Beaumont-sur-Oise: Sylvie, found dead in her burnt out car, a forgotten feminicide? 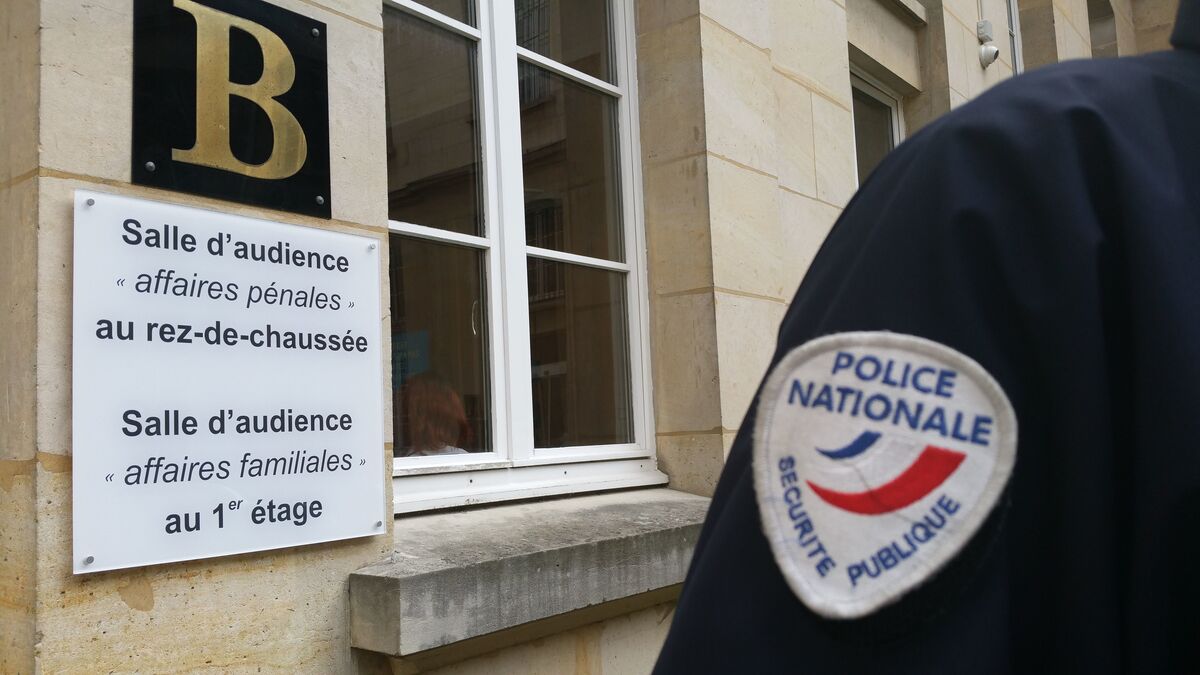 Compiègne: "It's not the alcohol that hits your wife, it's you!"