As mass vaccination with this drug progressed, comments exploded on the networks. What the specialists say. 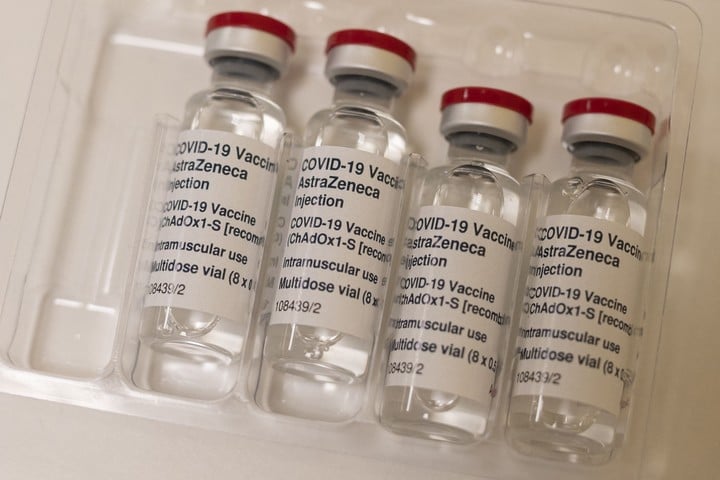 to "Did I get the vaccine or did I get stepped on by a tractor?"

The universe of post-vaccine reactions to the coronavirus travels through poles of this extreme.

But among the variety of brands,

And with comments closer to the "tractor".

"Can you check if all of us who gave us the AstraZeneca are like they had kicked us on the floor?", @NuchyAylen tweets.

Just below, other people describe the same feeling.

The most anticipated pain

Immediately afterwards, the debate appears that gives rise to memes - such as the one about the "muscular vs. skinny" dog, which compares two attitudes towards life and that this week was sold for 4 million dollars - and a unique but strong one. doubt:

"In the end we young people are softer and hit us worse."

spoke with specialists in immunology, infectology and general clinic to unravel if it

is true that young people have more intense reactions

after AstraZeneca vaccine or if, simply, these adverse effects are more visible because they are exposed by the age range that is characterized by telling everything on social media.

: more studies are needed to define the real causes of this eventual difference.

But there are already some clues.

Does the AstraZeneca vaccine get a bad press or have more side effects than Sputnik V or Sinopharm?

But, to find out with statistics, we will have to wait.

from the Ministry of Health of the Nation, "in a month the figures and age distinctions of the

adverse effects of the AstraZeneca vaccine will be known

So far, the data available correspond to the effects reported in report No. 11, of May 29, with the cutoff on April 9.

Long before the mass vaccination with the vaccine developed together with the University of Oxford, which was suddenly activated with the millions of doses that arrived at the same time less than two weeks ago.

Thus, the experts interviewed in this note anticipate that, then, the next report of adverse effects "and if it is not No. 11 it is No. 12", will show a

of body pain, headache, swelling on the arm and mild allergies.

And in the age group under 60 because in different jurisdictions in the country, such as the AMBA, those between 18 and 59 are already vaccinated with comorbidities or who are part of the strategic staff.

But, going back to whether young people "are softer" or not, what does science say?

Liliana Bezrodnik is an immunologist, director of the Center for Clinical Immunology (CID) and explains to

that in this avalanche of comments on the networks, there are many young people who "did not get many vaccines before - in relation to the flu - They

are not used to it and they tell it

But he clarifies that this "is scary with the AstraZeneca vaccine" and may or may not happen with other vaccines.

"All vaccines, not only AstraZeneca, have produced between mild and moderate effects, without the need for hospitalization. They

: fever (up to more than 38º), arm and muscle pain, decay. If symptoms persist , (especially fever and decay, more cough or diarrhea) should be consulted in a health center. Because, unfortunately,

many people are vaccinated without knowing that they have Covid, and that can complicate

. And serious adverse effects, very rare , they were with all the vaccines, in the world ", clarifies Bezrodnik.

But she speaks in relation to the little more than 5 million people vaccinated until the closing of the last report.

"I had patients who for many years did not want to be vaccinated against the flu due to these symptoms.

You do not have to be afraid to get vaccinated against Covid because you have 24 or 48 hours, or not even that, redness in the arm or headache

Bezrodnik, who is also president of the Latin American Immunodeficiency Society, prefers not to differentiate these post-vaccine effects by age, "so as not to scare them."

, such as sleeping all day, and to whom the vaccine did nothing. Absolutely nothing, with Sputnik or AstraZeneca, or Sinopharm."

He clarifies that "young adults have the same developed inflammatory response as older adults", and that the differences depend, case by case, not on a particular age but "on

how that individual is predisposed locally

--the so-called ' local effector mechanisms of inflammation '- in the face of this new antigen, which he did not recognize ". It also depends on whether or not you had Covid before. If you had, there will be more antibodies with a single dose than if you were never infected and received the first injection.

Another point to understand: more discomfort after the puncture

does not mean that the vaccine "took better"

You can be "impeccable" after the photo with the vaccination certificate and, even so, 14 days later, be as protected as someone who did not sleep at all due to the fever the first night after receiving the vaccine.

Vaccination at the Costa Salguero Center.

. "Age and subject of Covid vaccines ...

interesting and there is not much research yet on this aspect,

" he starts. But there are some conclusions: all vaccines, not just AstraZeneca, to a greater or lesser extent, are reactogenic, that is, they

"Fever, muscle aches, flu symptoms. In the last Health report, these effects were quite frequent among those vaccinated, since they

represented between 30% and 35% of the adverse effects

. Both in Sputnik, as in Sinopharm and, in to a lesser extent, AstraZeneca. But there are still not those who later received more from AstraZeneca than from the other two brands, and they are younger, because younger age groups were being enabled ", he describes.

In general, in Argentina someone over 40 is being vaccinated more than someone over 20 (as is the case of those who have risk factors or are considered strategic personnel).

And, according to López, "only on the basis of what happens in other countries", it follows that adverse effects should not differ much in those under 40 years of age.

It is "inferred", because there is a lack of studies and that official Health report on the new inoculates.

"Some authors consider that vaccines, no matter which one,

are more reactogenic in young people

. With the speculation that young people have a greater immune response and, then, there is greater reactogenicity," he points out.

What was scientifically studied in depth among those inoculated had to do with the effects of the Pfizer and Moderna vaccines. "Greater reactogenicity was seen after the second dose," adds López. This was also studied when two vaccines, such as Pfizer and AstraZeneca, were combined. "There the reactogenicity was also higher. But the serious side effects did not increase."

that he would like to be "more specific" in his response to this note. "There is a relationship, not very significant, between young people having more reactions in general to vaccines against Covid," he explains. For this reason, the immune system of the elderly is weakened compared to someone younger. "But there is no data from pure science," he insists.

Bezrodnik, López and Debbag agree that it is best to get vaccinated (with the exceptions of the case).

Age does not matter.

Not all people who get vaccinated will end up commenting on how bad or how good they feel on the networks.

For the first group, as at the beginning of this note, in addition to the 1 gram paracetamol, it could be a relief to take it as in that tweet.

Anticovid vaccines: they warn that against the Delta variant a single dose has low effectiveness and they ask to accelerate the second

Covid vaccine: why AstraZeneca doses will still arrive from the US and not from Mexico 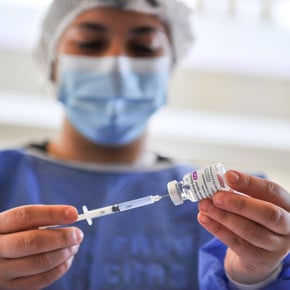 Argentina will exceed 20 million vaccines: the first shipment of Astrazeneca from Mexico arrives this Saturday When do side effects occur with the Astrazeneca corona vaccine?

When do side effects occur with the Astrazeneca corona vaccine? 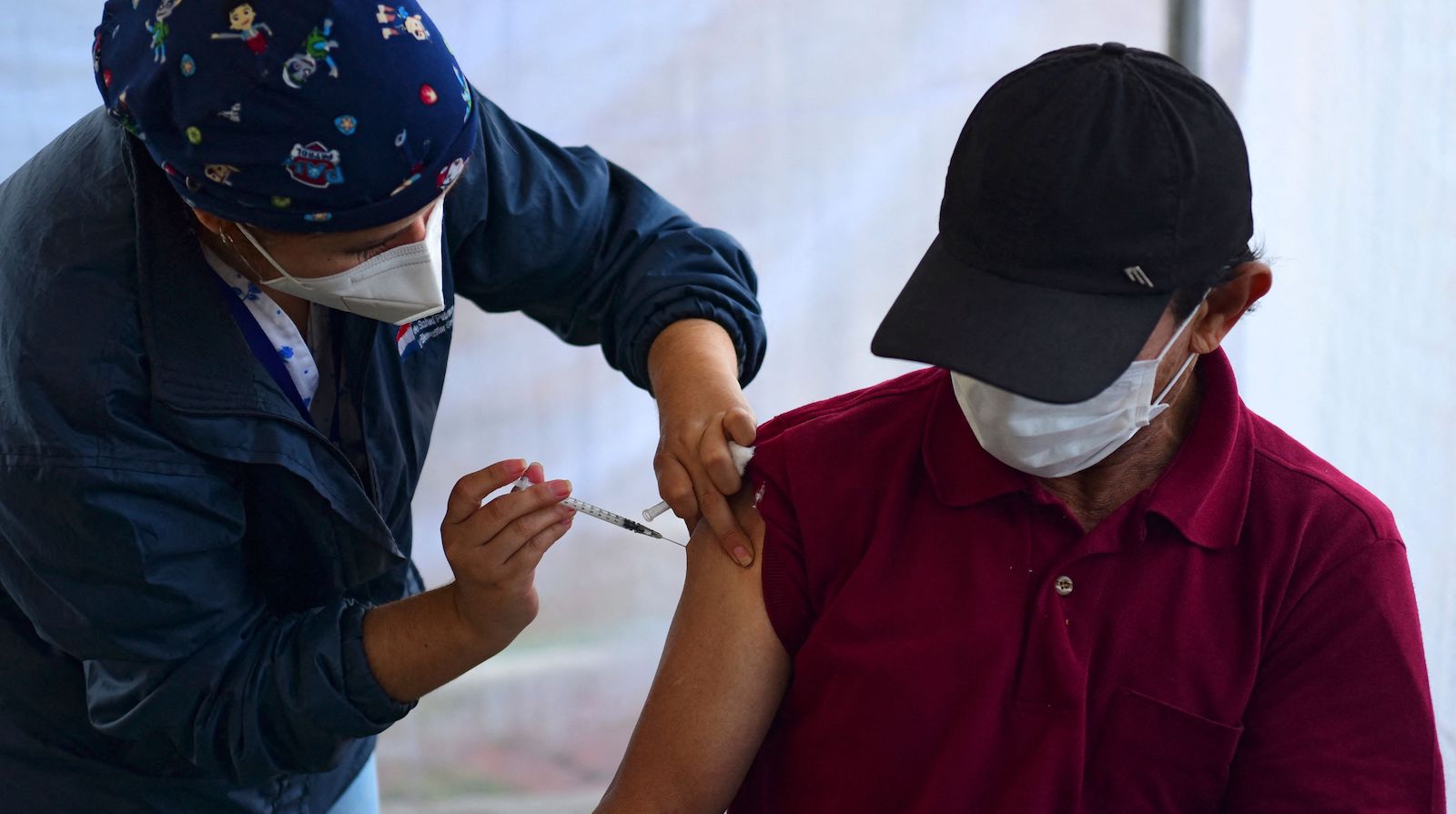 Is there a disease that prevents receiving the vaccine against covid-19? 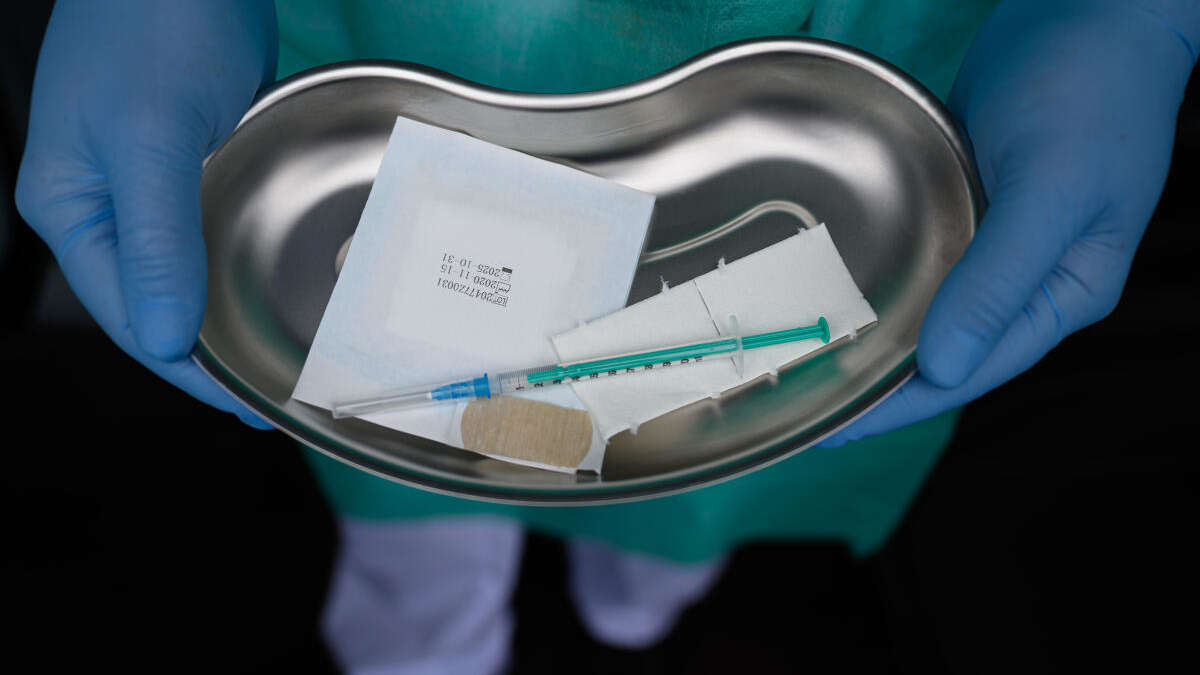 Corona vaccination reaction: Those who were second vaccinated and younger people complain more often of complaints 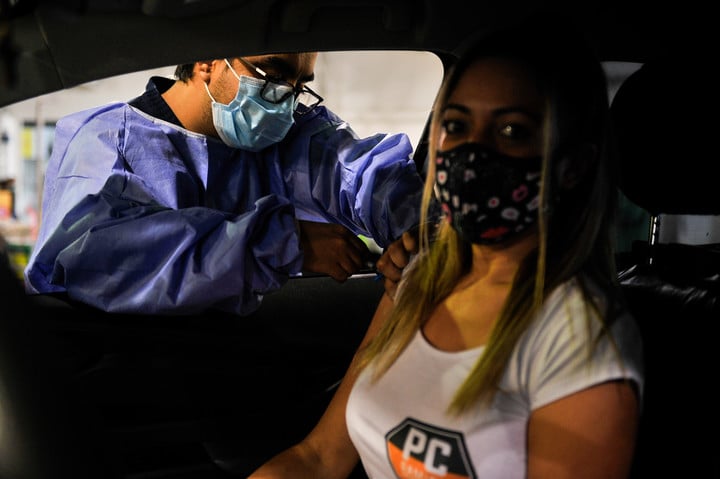