The issue was discussed this Tuesday at the meeting of the Federal Health Council. For now there will be no changes in the indication of the drug in the country. They note that the benefit outweighs the potential adverse effects.

A fact of life: The AstraZeneca vaccine saved vastly

more lives than it did

because of its serious adverse effects.

Those "very rare" blood clots, thrombi or disease that was recently listed as a new and extremely unusual reaction potentially stemming from the formula developed in conjunction with the University of Oxford.

Another fact of reality (in the region): Chile has just suspended the application of the second doses of this vaccine in men under 45 years of age, due to the case of a 35-year-old patient who suffered a thrombosis.

Instead, they will receive one from Pfizer.

Between both data - added to the fact that Italy adopted the initiative of some of its European neighbors to allow Pfizer or Moderna to be received as a second dose, after the death of an 18-year-old girl from a cerebral thrombosis - it is striking that the Government has not issued, not even informally, in an interview, on this subject.

, the National Immunization Commission (CoNaIn) suspends or not the AstraZeneca vaccine for those under 45 years of age

"is not an issue that is being analyzed

The definitions of who will continue to be pricked with AstraZeneca were one of the topics discussed this Tuesday by the Federal Health Council (Cofesa), which is held today at the CCK.

, which enables the AstraZeneca vaccine for all ages.

This was highlighted by Juan Manuel Castelli, Undersecretary of Health Strategies.

A contract for 22.4 million doses was signed with AstraZeneca, and it is the banner of immunization raised by the Government today.

Before it was Sputnik V. But now it is the University of Oxford, which has

accelerated the arrival of units

This weekend, the first batches produced in Argentina arrived and were packed in Mexico.

It is worth remembering the first and second reality data about this drug:

the AstraZeneca vaccine is safe

, and compared to what is happening in other countries, no change in the age or gender of those who should receive it to ensure that security.

“The incidence is 1 in 100,000 vaccinated where there may be some effect on blood platelets, facilitating some clots or thrombi.

The incidence is relatively small but worrisome for the person who suffers it ”, said this Tuesday the Minister of Health of the City, Fernán Quirós.

And he remarked that both the European health agency and ANMAT "continue to validate the vaccine for people over 18, especially because the incidence is 1 in 100,000 of an adverse effect, but

the disease for every 100,000 that falls ill generates much more damage

the Buenos Aires ministry confirmed that "there are no definitions from the CoNaIn or the Nation" on whether there will be a change in the indication of age groups that will receive these doses. This Tuesday, in the City the vaccination of the general population was activated from the age of 45. In La Pampa, to mention a jurisdiction that in recent weeks was badly hit by the virus, they will begin to vaccinate those over 40 with AstraZeneca. In the AMBA, for about two weeks, those

between 18 and 59 years old with comorbidities

have been vaccinated with this formula

"The Government should say something (about AstraZeneca), because although it is true that they are

, especially in children under 40-50 years, they are being reported in many countries. And some measures have been taken lately, as in Italy or Chile Beyond the risk-benefit equation,

, even in young people, the issue is that most vaccines in the country they are those of AstraZeneca, or they are Sputnik V, which is also a vaccine with non-replicative adenoviral vectors, very similar to that of AstraZeneca ",

Adolfo Rubinstein, former Minister of Health of the Nation, doctor in Medicine and magister in Epidemiology

Rubinstein insists that the Ministry of Health "should at least say something" and that "it does not do so because, unlike in European countries or Chile, where you have vaccines with different technological platforms (such as Pfizer's, messenger RNA) here the selection is more limited. "

For Javier Farina, infectologist of the Argentine Society of Infectious Diseases (SADI), for the moment, there is only noise about AstraZeneca.

He rightly says that the decisions about who to give it to "is a matter that has generated a lot of noise, but there is still no conclusive evidence that the risks outweigh the benefits (for the younger group). I think

”, he remarks to this newspaper.

A consignment with more than 930 thousand doses of the AstraZeneca vaccine, made with the active principle produced in Argentina, arrived on Monday from the United States, with which the country exceeded the 20 million drugs against the coronavirus received since December, when it began the National Strategic Vaccination Plan. 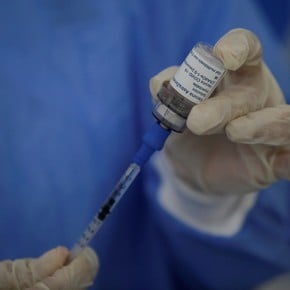 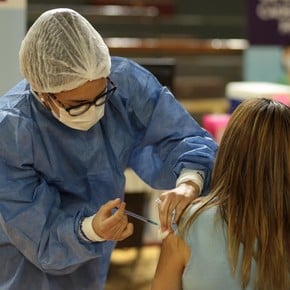 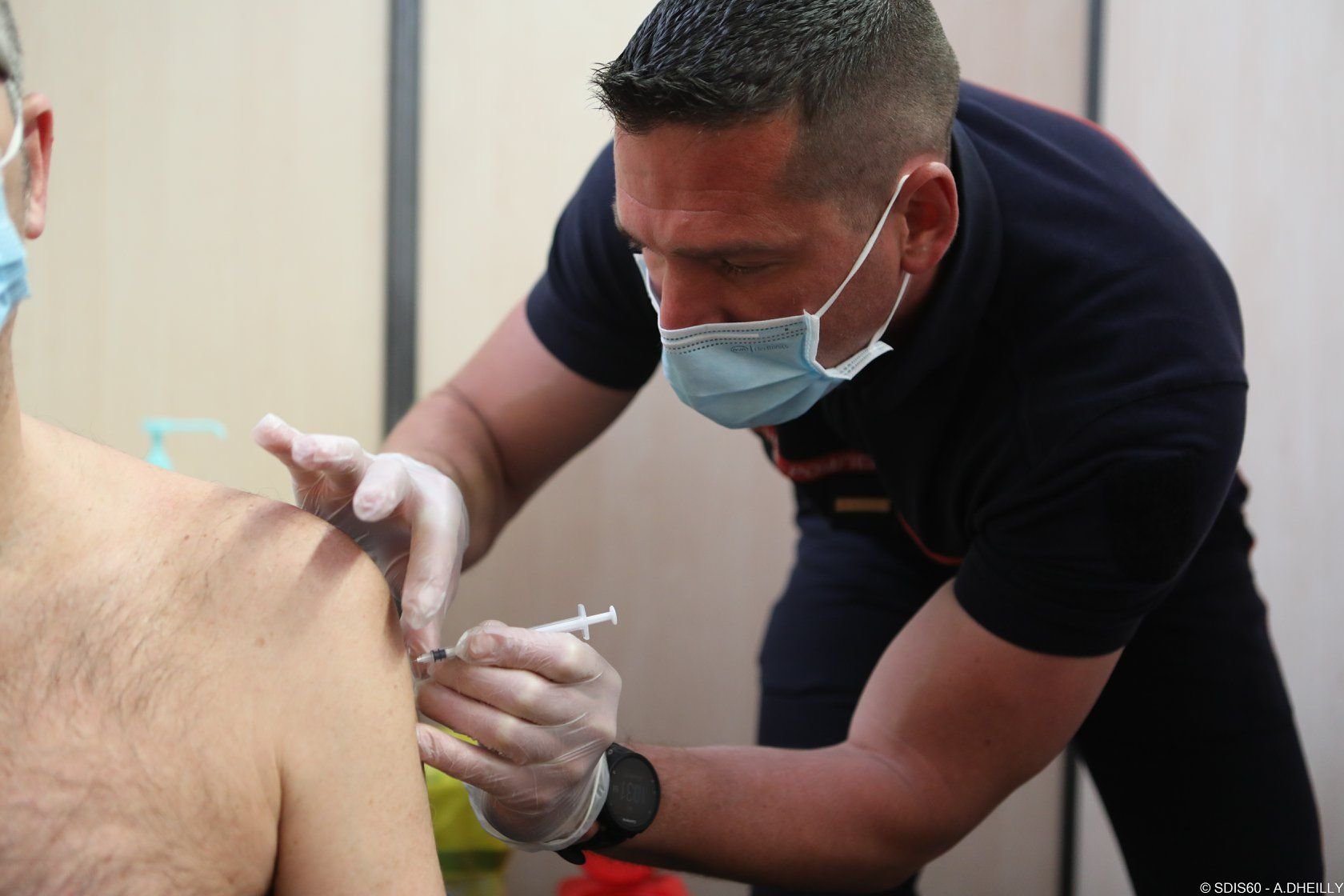 Chile will only administer AstraZeneca vaccine to men 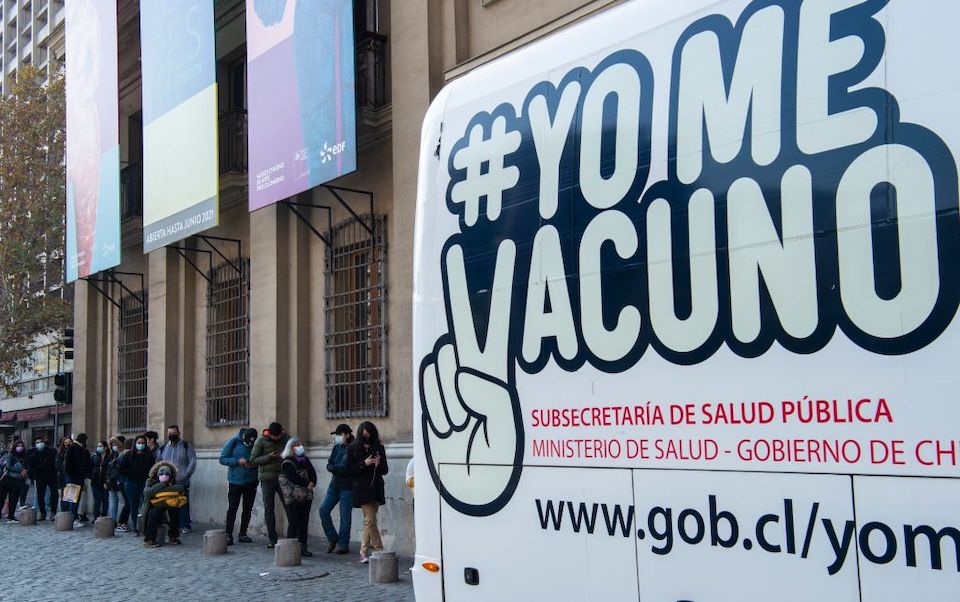 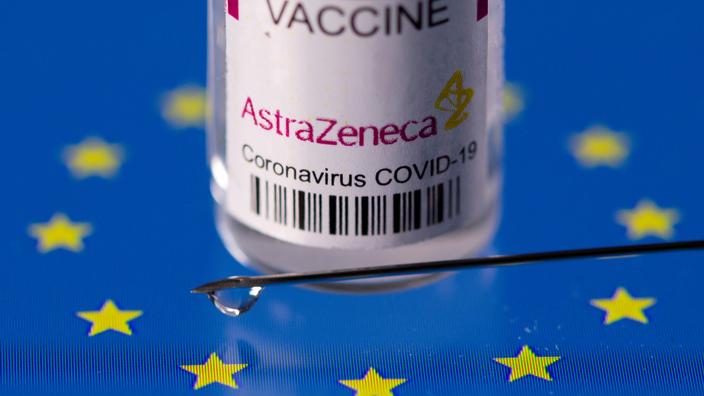 Covid-19: Chile will only administer AstraZeneca vaccine to men 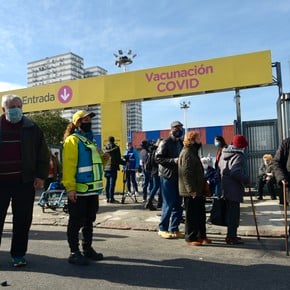 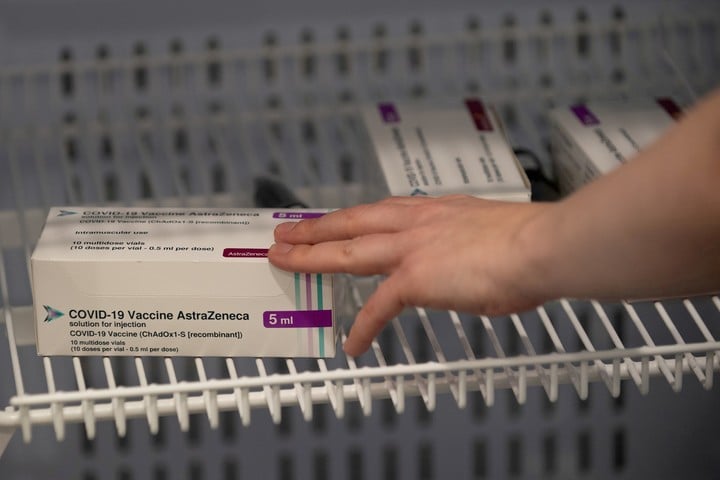 In Europe, they limit the AstraZeneca / Oxford vaccine to people over 65 years of age: could it affect the application in Argentina?