The Bundeswehr soldier Franco A. is said to have planned attacks. In court, it's about his strange notes on Molotov cocktails, the Darknet - and about a liberation campaign for a Holocaust denier.

Defendant Franco A. in the courtroom (archive): "It just looks stupid because it's in there on September 11th"

After the judge has asked the accused to explain a note, he once again needs a lot of patience.

Franco A., the defendant, draws a map of Germany under the overhead projector.

He wandered off again, ending up at the Bayreuth Festival, which he always wanted to visit because he was fascinated by the public enthusiasm for Richard Wagner.

Oh yes, there was never a "death list" that he kept according to the Federal Prosecutor's Office.

And the word "shotgun" that he wrote down only meant his motorcycle.

Christoph Koller, the judge, stated calmly: "I don't think that's so plausible now." The chairman of the State Security Senate at the Higher Regional Court in Frankfurt am Main navigates the proceedings against Franco A. confidently and enviable patiently.

The Bundeswehr soldier Franco A. achieved dubious notoriety when he posed as a Syrian asylum seeker and led a double life for 15 months. He wanted to expose grievances, he says. The Federal Prosecutor General, however, is convinced that the 32-year-old was preparing "a serious act of violence that endangers the state."

Franco A. vehemently denies and has lost himself in exhaustive statements for several days of negotiations, which can only be used as an admission, as a confession and least of all as an explanation for what he is accused of in detail: with the help of his invented identity in Germany, attacks on politicians to have planned to direct the suspicion to a recognized asylum seeker.

According to the indictment, he wanted to shake the confidence of the population in Angela Merkel's migration policy.

In addition, Franco A. is said to have stolen and hoarded four firearms, over 1000 rounds of ammunition and more than 50 explosive devices from the armed forces.

A. has admitted the application for asylum and the illegal possession of weapons.

The investigation file contains an abundance of lists, sketches, records and plans that were found during searches in A's apartment. It is about hand grenades, Molotov cocktails and names of politicians. The handwritten looks confused and allows one to conclude: someone has recorded thoughts that he might have wanted to concretize.

One questionable piece of paper after the other flickers across the screen. On one of them, the names of people "who are not on your political line," as Koller says, appear again. Including Anetta Kahane, founder of the Amadeu Antonio Foundation. A. writhes. He “just wrote it down,” he says, trying to explain: If he had planned to harm these people, he would have - like the ammunition - made these notes disappear. But since much of what is examined from As Fundus on this day does not make sense, this attempt at explanation also fizzles out.

On September 11, 2015 - the anniversary of the terrorist attacks in the USA - A. noted several terms in his calendar, including "Group Antifa grenades let asylum seekers be thrown on film". Koller believes that this could be interpreted as meaning that someone is planning to throw a grenade at Antifa people and film it as if it were an asylum seeker. The judge looks at A. firmly and says: "I don't understand." A. looks back. "Neither do I."

On that day, A. also made a note in the calendar: "Listening to Claudia Roth police radio." This could hide the fact that someone wanted to commit an attack on the Vice President of the German Bundestag and therefore wanted to listen to the police radio, says Koller.

"It just looks stupid because it's in there on September 11th," says A., grinning.

There was just enough space on this calendar page.

No, replies A. That is "completely remote" from him.

"I wanted to research how to do that"

Franco A. is a clever man to whom the Federal Prosecutor's Office ascribes a right-wing, völkisch-national ethos.

He graduated from high school with a grade of 1.5, studied political science and completed training at the Saint-Cyr military elite academy in France.

He speaks fluent French and, he told the court, was supposed to take over a platoon after completing his training as a lone fighter in the Bundeswehr.

That was his "top priority," he says.

Why did he adopt a second identity, betray the state he swore on, and commit crimes?

A. tries to find justifications.

Why he noted "Darknet": "I wanted to see what exactly that is."

"Making a Molotov cocktail": "I wanted to research how to do it."

The man who talks a lot

It goes on and on without the court really getting any further.

"An old woman who has her own opinion, a different, dissenting opinion on the Holocaust and who has committed a criminal offense," says A.

You'd think you wanted to free her? "

"I can no longer say what I was thinking."

“You say she has a 'different opinion'.

She is a Holocaust denier.

You call that 'a dissenting opinion'? "

“Who should do the liberation?

I wouldn't have the means. "

"I don't think it's a good thing if you prevent executive action."

The man who talks a lot does not like something else: if the State Security Senate were to play its "voice memos" in public in the courtroom.

Formulations should appear in it, which A. also wrote down and has now played down.

When spoken, however, the context of these words is clearer, says Koller.

"I would not have liked that," contradicts A. 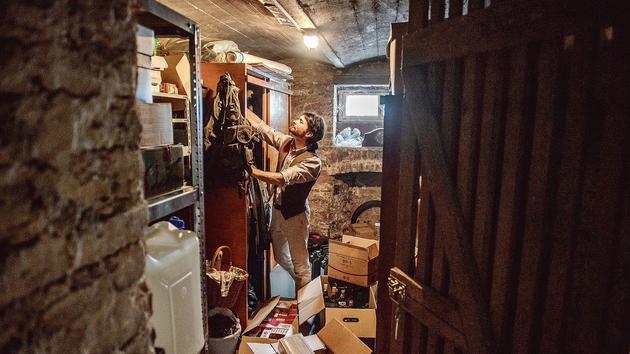 The Bundeswehr confronted with the mystery of arms caches 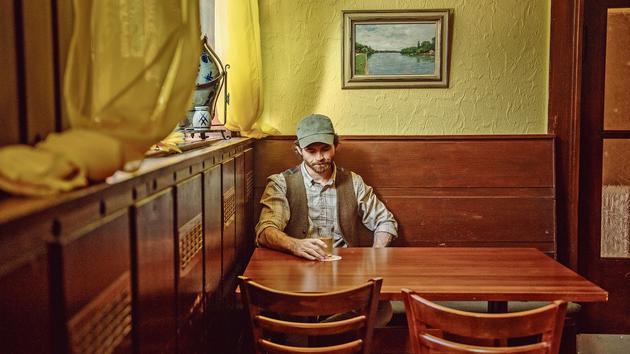 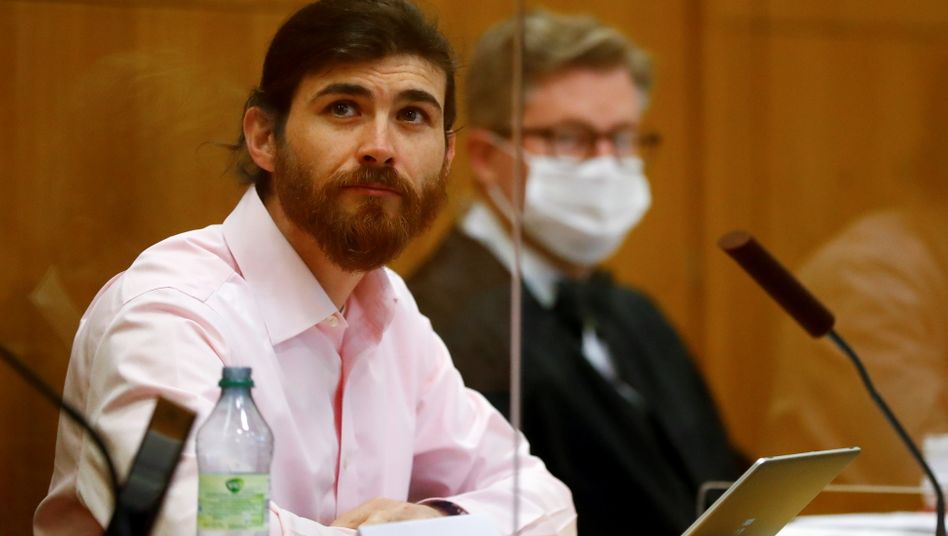 Trial against Bundeswehr officer: Franco A. admits possession of weapons and explosive devices 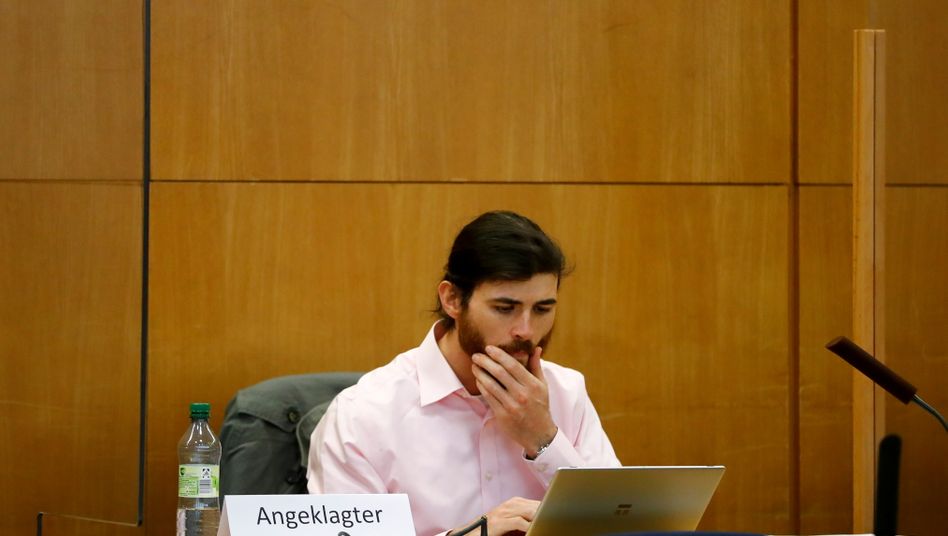 Trial of Franco A. in Frankfurt: How the officer posed as a Syrian refugee 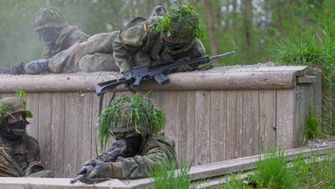 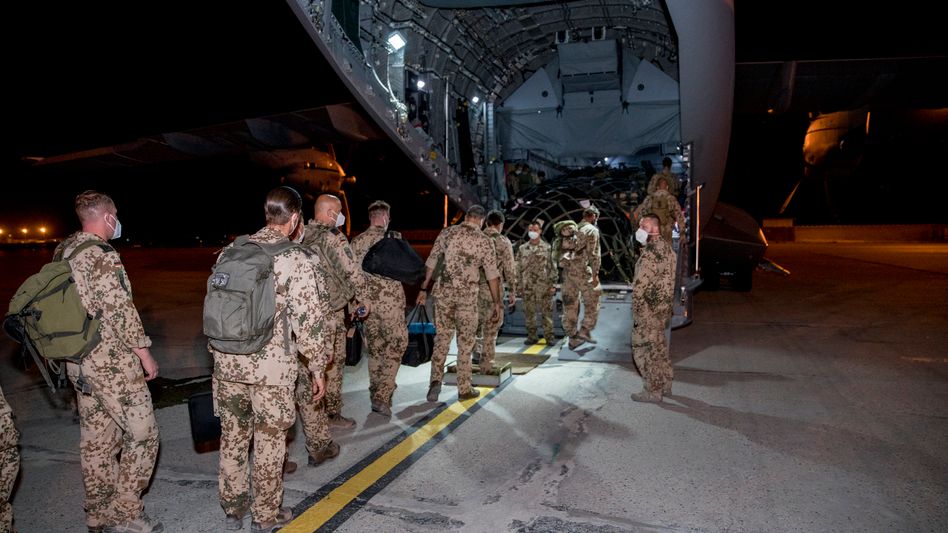 Afghanistan: Bundeswehr flies the last soldiers out of Mazar 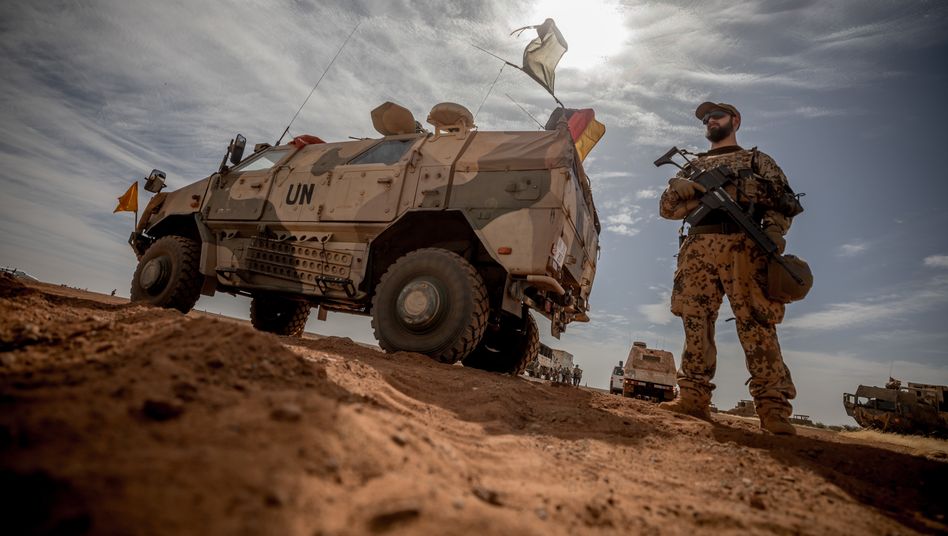