The auction house believes a world record is possible: the "Rote Mauritius" is due to change hands at the end of June. One copy of the extremely rare stamp is currently also in the possession of the Queen.

Small, reddish, old, with a postmark in the middle - and worth a lot of money: The so-called Red Mauritius is one of the most famous, rarest and most valuable postage stamps in the world, along with the Blue Mauritius.

A copy entitled "1847 Mauritius 1d Ball Cover" is now being auctioned for a starting price of four million euros.

The auction house Gärtner and the private owner want it to change hands on June 26th in Ludwigsburg.

"The historically valuable envelope can only be bought every few decades," the auction house advertises for its event.

It believes it is possible that a world record could be set for an envelope or a philatelic item at auction.

With the Red Mauritius, the postage for sending invitations to a costume ball was paid for the first time.

Three of the envelopes are said to have survived.

"Queen Elisabeth II has one of the ball covers in her philately collection," said auctioneer Christoph Gärtner on Wednesday in Bietigheim-Bissingen.

Another copy is in the Philatelic Collection of the British Library in London.

“Both can never be sold.

The third cover still in existence is privately owned. "

"Now was the time to pass it on to someone"

According to his own words, the current owner is reluctant to part with the rare stamp.

"I enjoyed every second of the prestigious Mauritius Ball Cover from 1847 and felt that it was now time to pass it on to someone who is just as passionate and proud to own it," the auction house quoted from a greeting by the man .

Such auctions are not uncommon in Germany.

In 2019, an anonymous bidder in Wiesbaden bought the "Baden-Fehldruck 9 Kreuzer" stamp from the collection of the former Tengelmann boss Karl-Erivan Haub for 1.26 million euros. 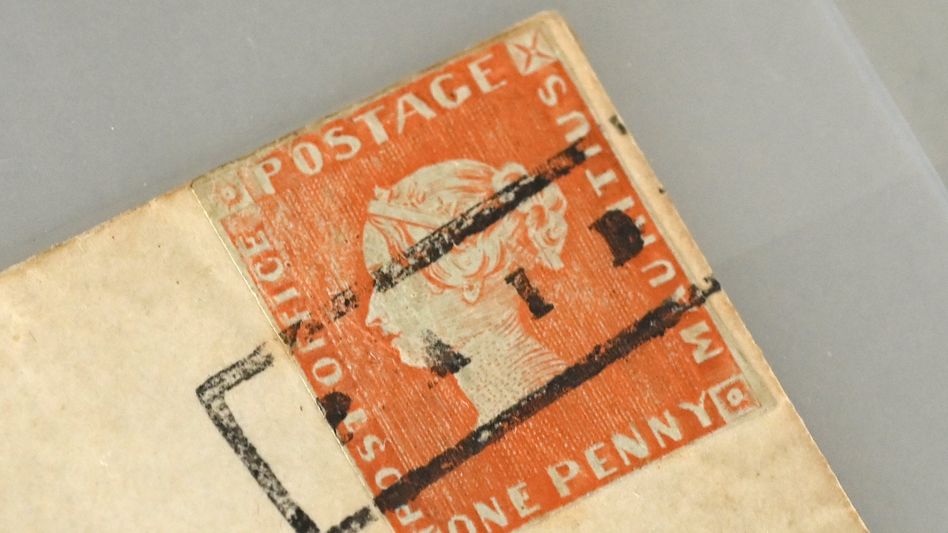 Massive change at Swiss Post: This new function could change a lot

Deutsche Post with an important change: Send letters without postage

Revolution at Deutsche Post: This new function could change everything