For the planned fire protection control in the »Rigaer 94«, the police moved in with a large contingent. Residents of the house attacked emergency services. In the building, the auditor was then apparently able to work without interference. 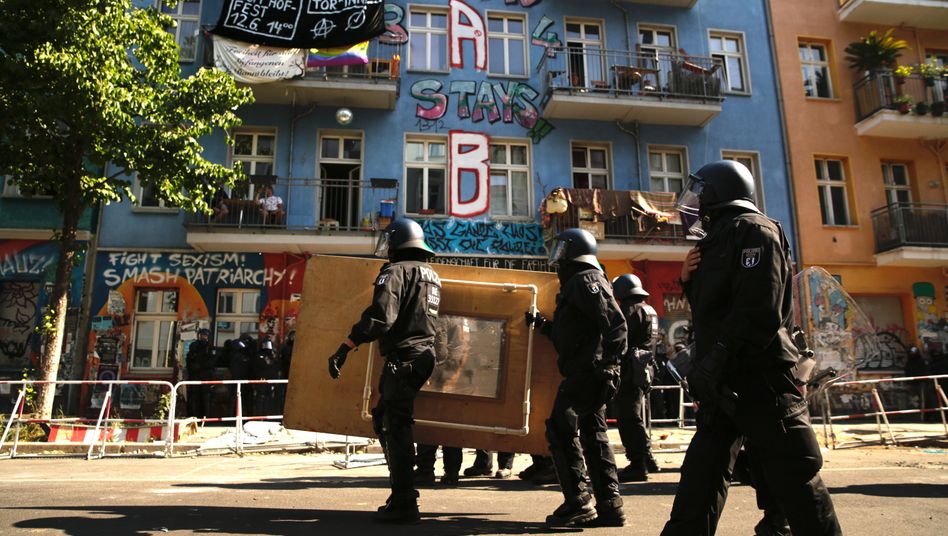 »Rigaer 94« in Berlin: Police officers in front of the partially occupied building in Friedrichshain

The fire protection control in the partially occupied house "Rigaer 94" in Berlin-Friedrichshain, which was accompanied by violent clashes, ended in the afternoon.

A police spokesman said the fire safety inspector's work in the building was quiet and trouble-free.

The fire protection expert was able to examine the intended rooms and finish the test.

In the morning, the police had forcibly entered the barricaded house.

Residents from the radical left-wing scene, who had long called for resistance, sprayed them with powder from a fire extinguisher and pelted them with paint.

The police spoke of at least 21 officers injured and announced the search for the perpetrators in the building complex of three houses.

The fire safety inspector was only able to enter the property on Rigaer Strasse at noon - under the protection of the police.

Already on Wednesday there had been riots and attacks, including stones, on police officers in Rigaer Strasse.

63 officers were injured, according to police.

The extremely violent riots are "unacceptable and require an unequivocal response from the rule of law," he wrote in a letter to the emergency services that was published on his Facebook page.

The riots and the "shockingly high number of police injured" shook him, wrote Steinmeier.

»The use of the police is intended to ensure the rule of law when accessing the Rigaer Strasse building.

The courts have examined and decided. "

The police also rely on the evaluation of evidence from witnesses.

Investigators called for photos and video recordings to be made available and information about the acts or possible suspects to be given.

According to their own statements, the police arrested four people on Wednesday.

Among them was a 41-year-old who was supposed to appear before the judge on Thursday.

He is accused of throwing stones at emergency services and damaging a car.

The man was heavily drunk in the act.

Also on Thursday night there were attacks on the police and emergency vehicles in different places, including with a paint bag and a stone, it said.

Buildings were damaged, for example at a real estate agent.

According to their own statements, the police were on duty with a total of more than a thousand forces on Thursday.

The streets around the house were largely cordoned off by police officers and several roofs were occupied by them.

In the vicinity of the »Rigaer 94« the school and day care center remained closed, as did the district office.

The police acted on behalf of the district's building inspectorate.

In the building complex of three houses with 30 apartments, numerous deficiencies in fire protection had been documented years ago: missing escape routes, wall openings, faulty electrical cables and barriers in stairwells.

There are rental contracts for some of the 30 apartments - but it is unclear who lives there.

The house is one of the last partially occupied houses in the capital and is also a symbol of the left-wing extremist scene.

On Thursday morning, the district, the police, the fire protection expert and lawyers advised the residents about the court-ordered examination.

The residents wanted to let the fire protection expert in alone, without police protection.

Residents' lawyers climbed in and out of windows.

Finally, the police carried ram, power cutter and chainsaw to the house and very quickly broke open the first gate to the passage of the front building.

For a second door they took much longer and were sprayed with fire extinguishing powder from the inside through openings.

They continued to work with gas masks.

Then the police gained access to the back yard through the yard of a neighboring house, where they were pelted or showered with paint. Rockets exploded above the house and firecrackers could be heard. According to the police, eight police officers were injured by fire extinguishing powder, another 13 suffered a blast trauma. The residents of "Rigaer 94" tweeted that evening, they wanted to evaluate the situation and give "an assessment for the next few days."

Berlin's Senator for the Interior Andreas Geisel (SPD) said that twelve preliminary investigations were ongoing in connection with the attacks on Wednesday, among other things for attempted manslaughter, dangerous bodily harm and particularly serious breach of the peace.

"It was extremely brutal," said Geisel in the House of Representatives.

"That is open gangsterism." He added: "I am firmly convinced that the rule of law has to show its teeth at this point, that we cannot simply accept it." 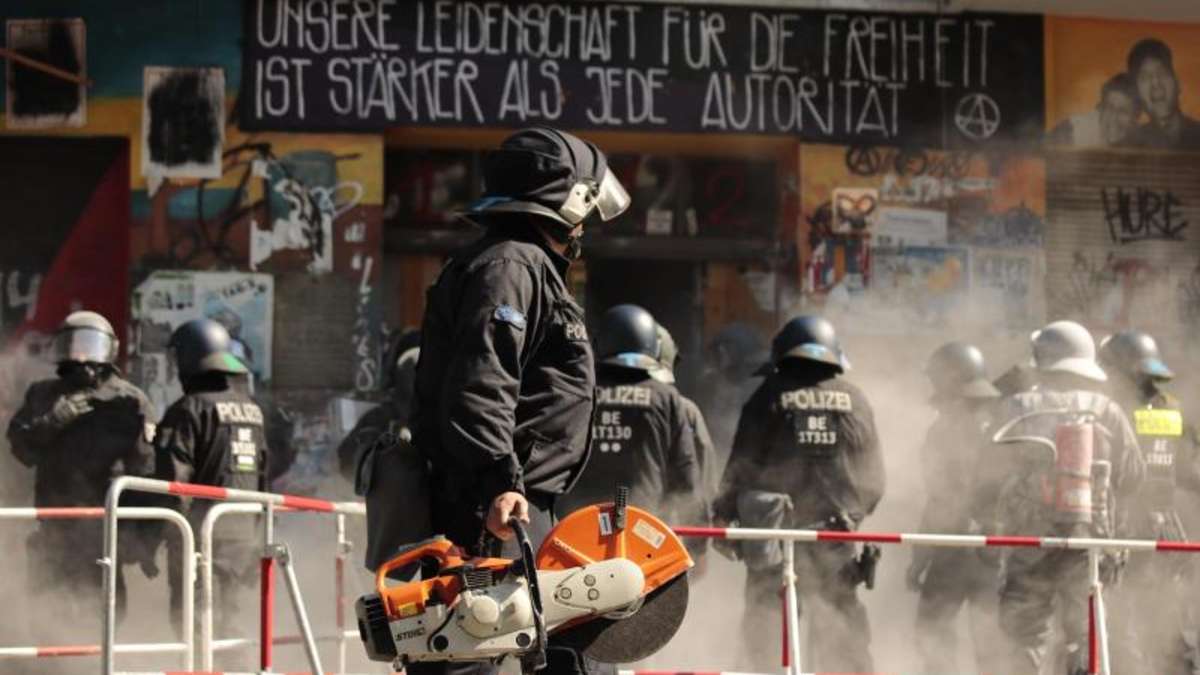 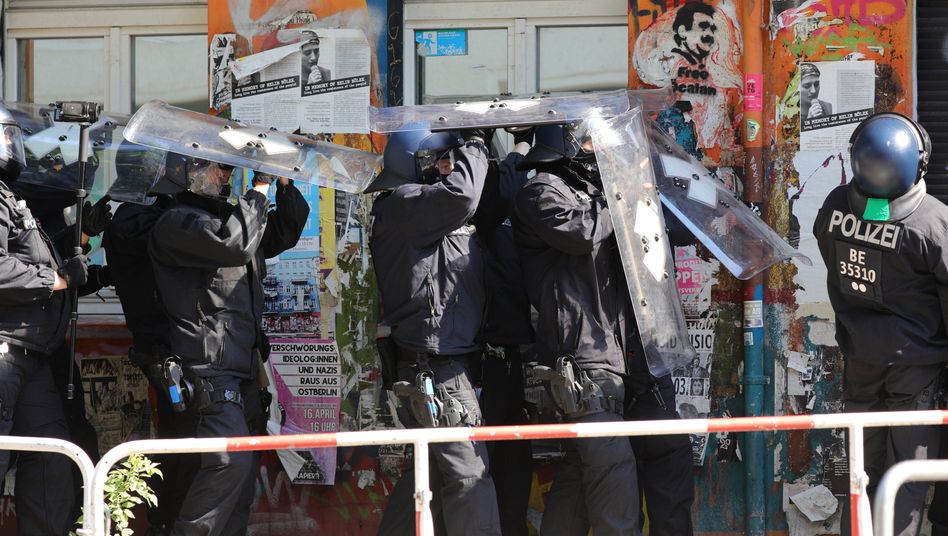 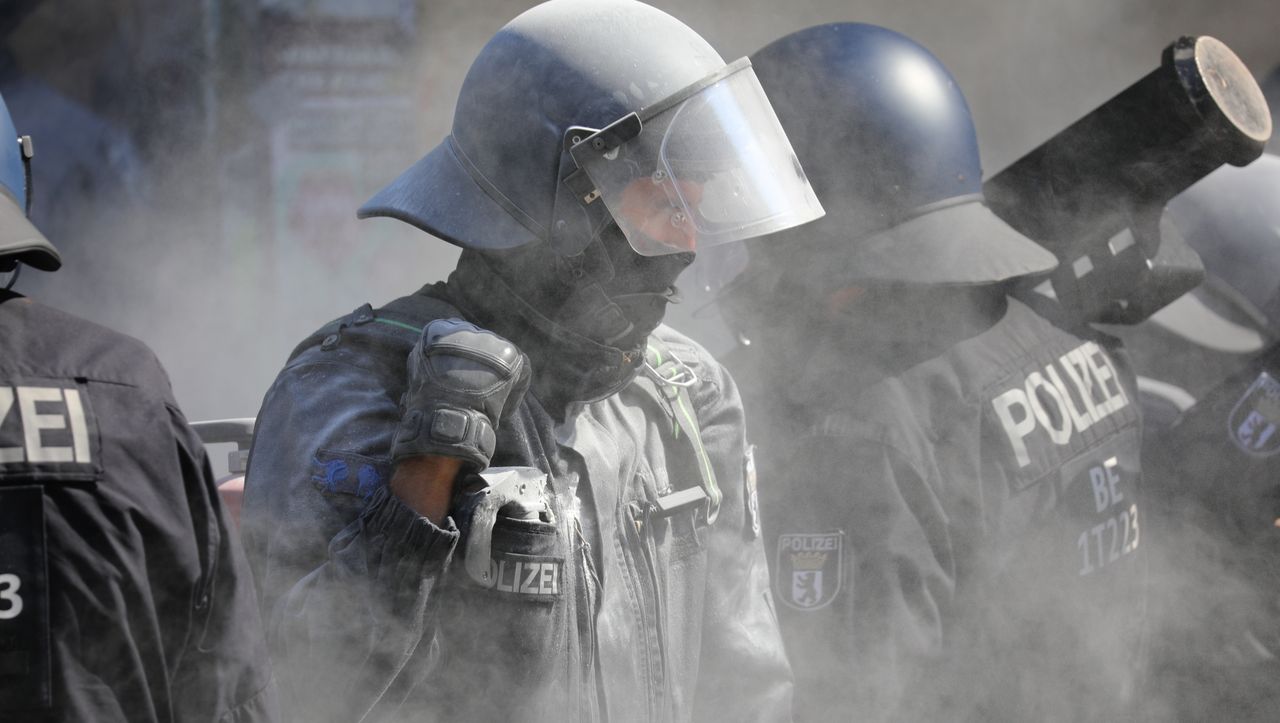 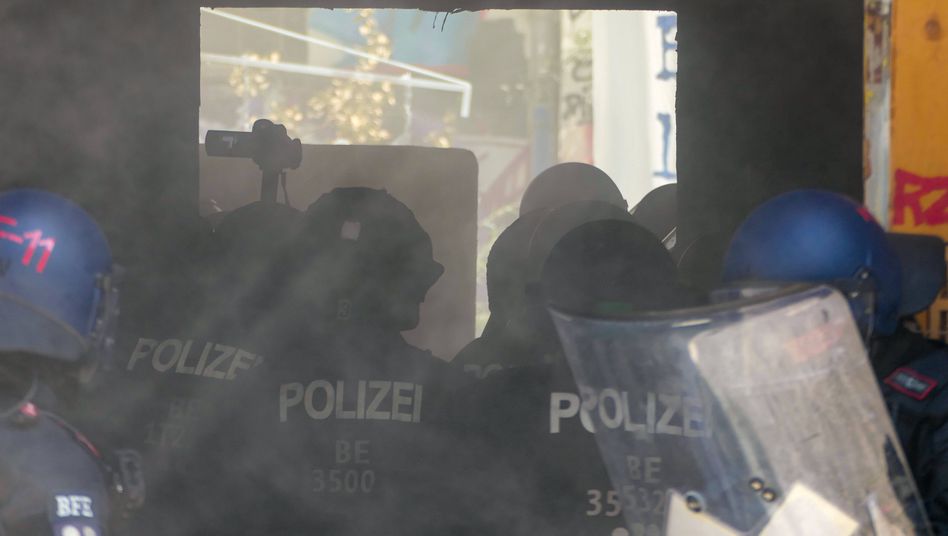 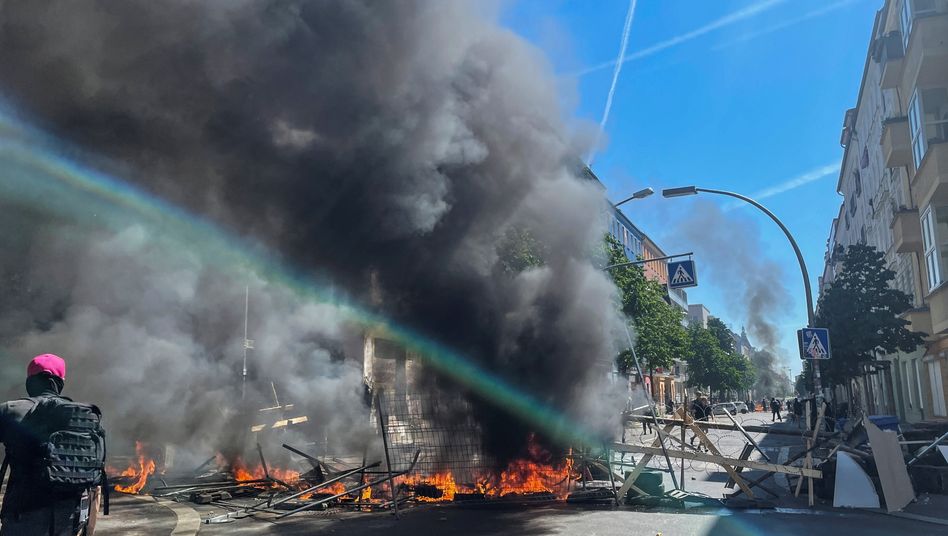