WE WERE THERE - The singer of gypsy origin ignited the crowd who came to listen to him on Saturday in Paris. This was the first large-scale trial of the health pass. 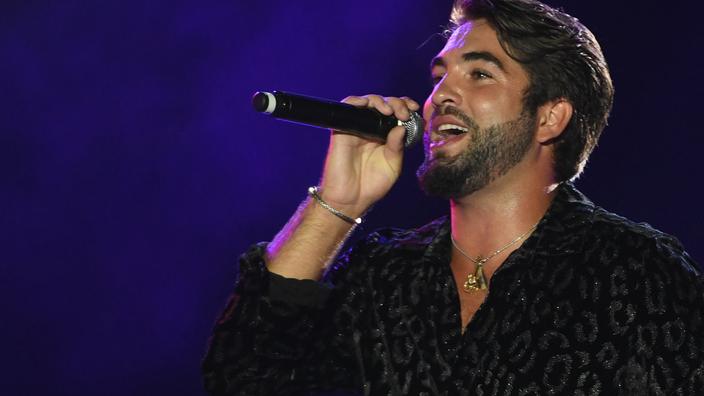 In front of the Palais des Sports, it was the atmosphere of great evenings even if a torrential rain flooded the Porte de Versailles metro station.

"This is our first concert for eighteen months, the last time it was Maître

at the Stade de France

," say Anaïs and Marine, 30, who vape before entering the room.

"Kendji, we discovered him after

," continues Anaïs, perfumery assistant from Palaiseau in the 91.

We have never seen him on stage but we love his nostalgic songs, and this little Spanish side, he's the only one who does that.

In the queue, a majority of women, of all ages, and many families with small children, obviously this is the first concert. Pamela, Béa and Stéphanie, in their thirties, came from Val d'Oise.

, we like him because his music is nice, familiar, he is simple, kind and absolutely not vulgar. "

Beyond the artistic performance, Kendji Girac's concert at the Palais des Sports this Saturday, June 19 was interesting for several reasons.

After the Indochina scientific experiment at Bercy, this was the first major indoor paying concert with 3000 spectators.

So the first large-scale trial in France of the health pass.

The opportunity also to see how the spectators behave with the mask.

The room at his feet

On the health pass, controls were surprisingly smooth. In the four queues separated by barriers, everyone had their ticket, identity document and telephone or / and the sheet printed with the QR code of the sanitary pass ready. Of the 3000 spectators, only twenty had to stop in the white tent on the left where three nurses in blue coats were carrying out PCR tests.

“They all had their QR code but it was not readable in the machine, sometimes there are bugs, so as a preventive measure, we re-test them,”

explains one of the security managers. Another covid measure to avoid crowded fans: the sale of drinks and derivative products was done outside.

Little girls love the four-color Bic pen at 5 euros and the three large photos at 5 euros. "

In the room, which is 65% full, the message echoes several times over the loudspeakers:

“Stay in your seats at the end of the concert, our agents will help you reach the exit safely.

The public is placed in order of arrival with a long tape which bars an armchair between each group. Not a word, on the other hand, on the wearing of masks while in Bercy at the Indochina concert, the message was regularly hammered out. Here, from the outset in the golden square, a good third of the spectators decide to abstain from any protection. Over the course of the concert, the rate climbs to at least 60%. Of course, everyone has their health pass, but in a closed place and with so many people, the rule remains the rule. Security intervenes regularly to keep people in their line without spilling out onto the aisles, but no one will be reprimanded for not wearing a mask.

At 7:52 p.m., Kendji Girac's family made a grand entrance headed by Carmen, the singer's mother. Long dress, dark hair, husky voice, she is clearly the star of the evening. Immediately the fans rush to ask for a selfie, which she accepts very kindly. Behind, Soraya, the singer's companion, a model silhouette in a powder pink jumpsuit manages to go almost unnoticed. At 8:09 p.m., it was dark. The scenography is simple: lights, a video wall that spans the entire width of the stage and four musicians. Florian on piano, Tony on drums, Kema and Benoît on bass. Kendji Girac, 25, carries the whole show on his shoulders. He appears in a yellow halo while strumming a few guitar chords and, there, we understand why this boy for eight years has been selling so manyalbums and concert tickets. It's riot.

Like the older ones, Kendji Girac immediately has the room at his feet. Imagine the Palais des Sports standing with its arms in the air clapping its hands. Dressed in black, he starts with a powerful voice with

. The women are swooning. A young girl screams her love.

"Thank you my pretty, I hear you"

, responds our torturer of the hearts. He immediately followed up with another

. The first ten rows jump in rhythm. In the crowd, the behavior of some spectators is astonishing. Our neighbor will spend the entire concert with her eyes riveted behind her cell phone to film everything. She ultimately saw nothing of the show.

On stage, Kendji Girac oscillates between gypsy music which is his base, pop and rap. Sunglasses, hat, his

. Kendji continues the 90 minutes of show without downtime. At ease, he often discusses with the public.

“I'm so happy to be with you friends tonight for this first concert, it's a lot of emotion. »

At 8:32 pm, he changed in 60 seconds top stop and came back all dressed in white. With Florian Rossi on the piano, he sings

. The Palais des Sports takes care of the chorus in full voice. Then comes the song

"Mom, I don't know where you are but I kiss you"

Behind us, Carmen's eyes sparkle with pride and stands up for her son to spot her.

A circle in the shape of a sun or a fun fair wheel descends from the ceiling.

A nod to Marcel Campion?

We agree, ventilation has never been the strong point of the Palais des Sports.

," asks the singer as half of the room raises their hands.

The new ones, I hope that in seven years you will raise your hand too

, yells the Palais des Sports. It ends with a medley with

in a nod to Chico and the Gipsy Kings. When he gives his guitar to the technician to dance better like a bullfighter, the riot starts again. He picks up his guitar again, frowns because he

and ends up on

"kiss each one of you very hard"

and the covid safety message rings out:

"We ask you to stay in your places."

The crowd wisely comes out row by row. No privilege for Carmen and her tribe. The singer's family is quietly waiting their turn and will be released last. 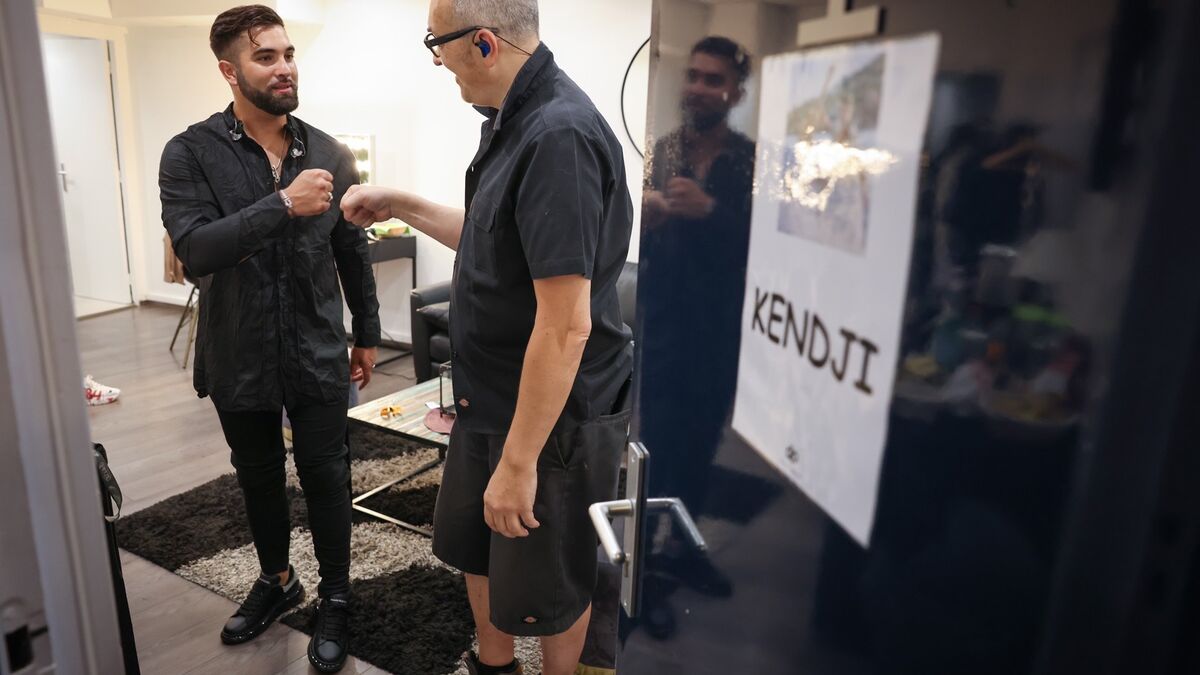 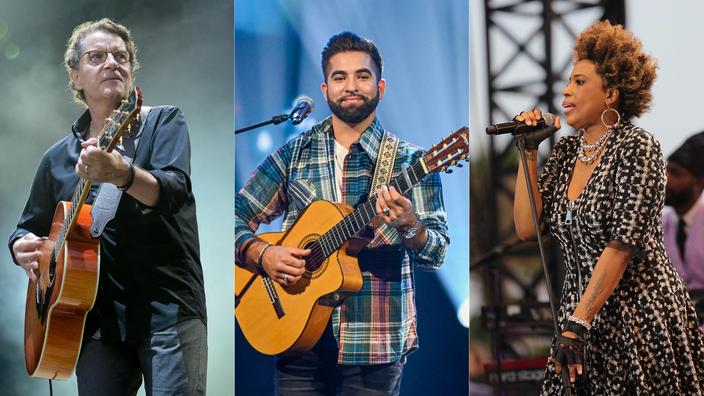 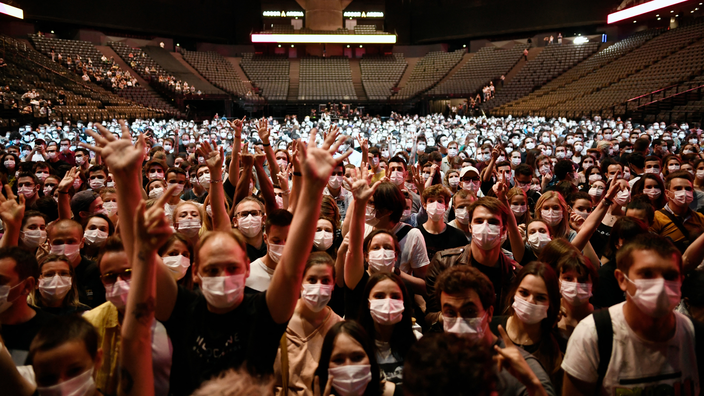 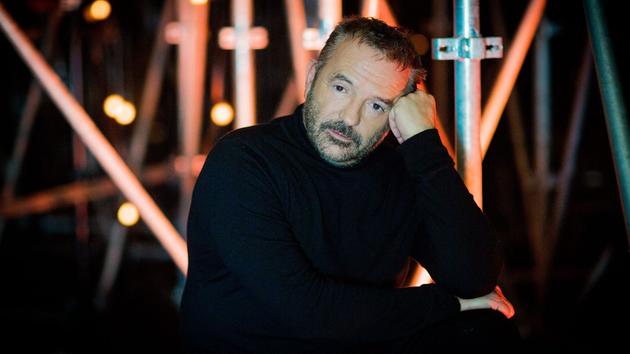 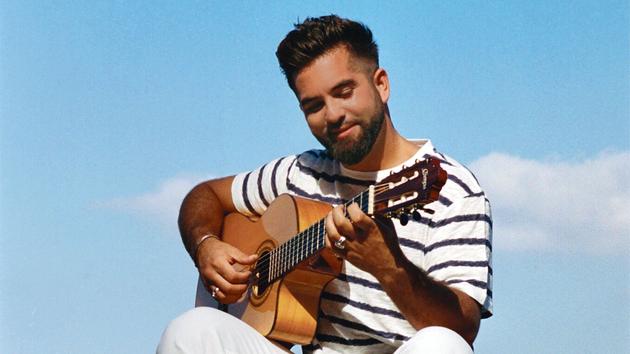 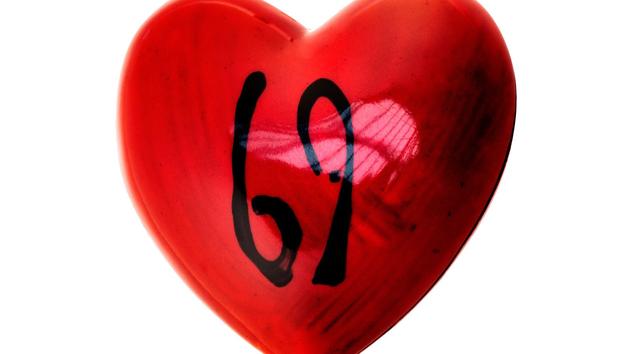 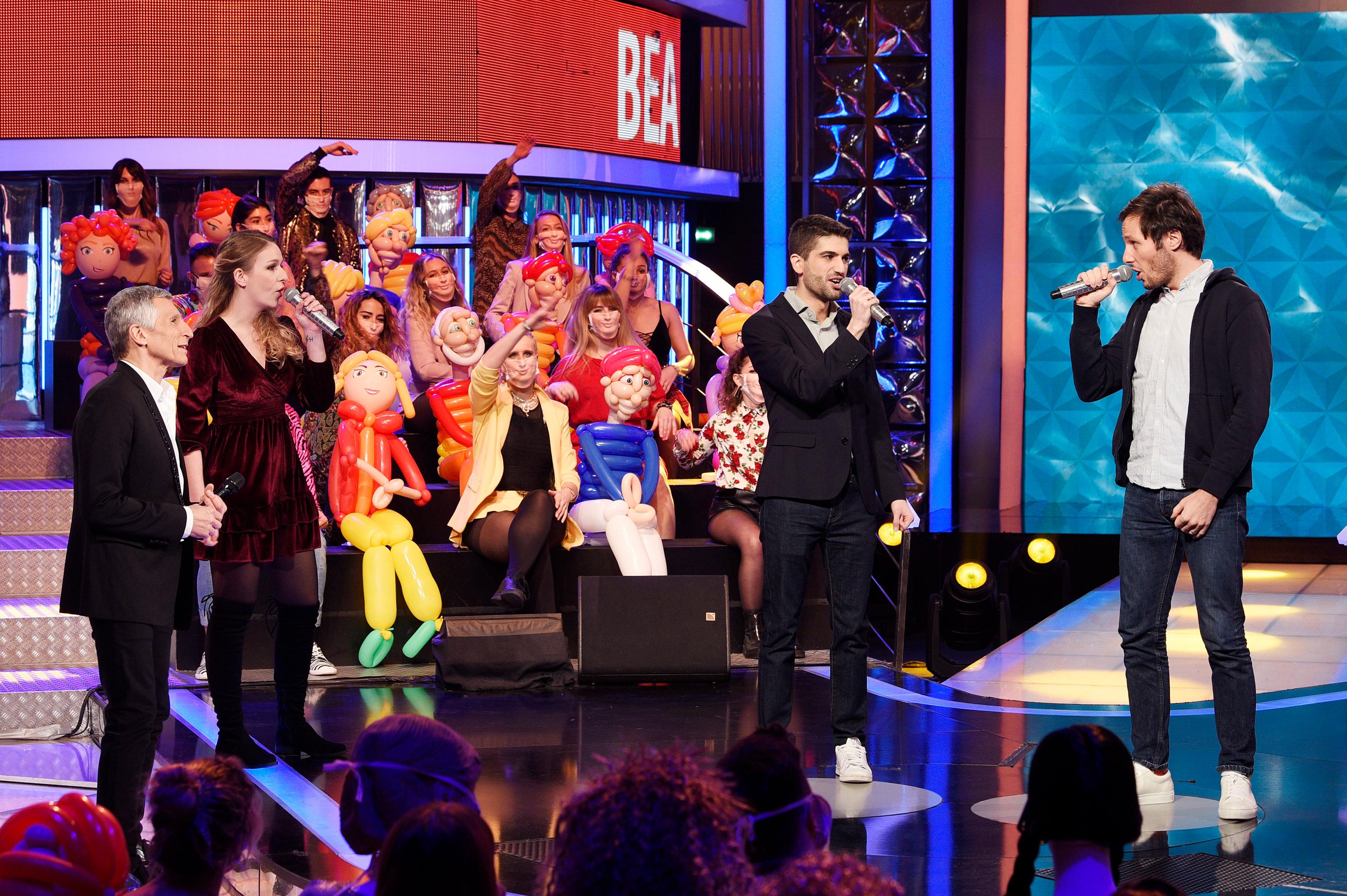