In Passau, memories of the flood eight years ago are deep. But this time Bianca Teumer and the other residents can hope to get away lightly. 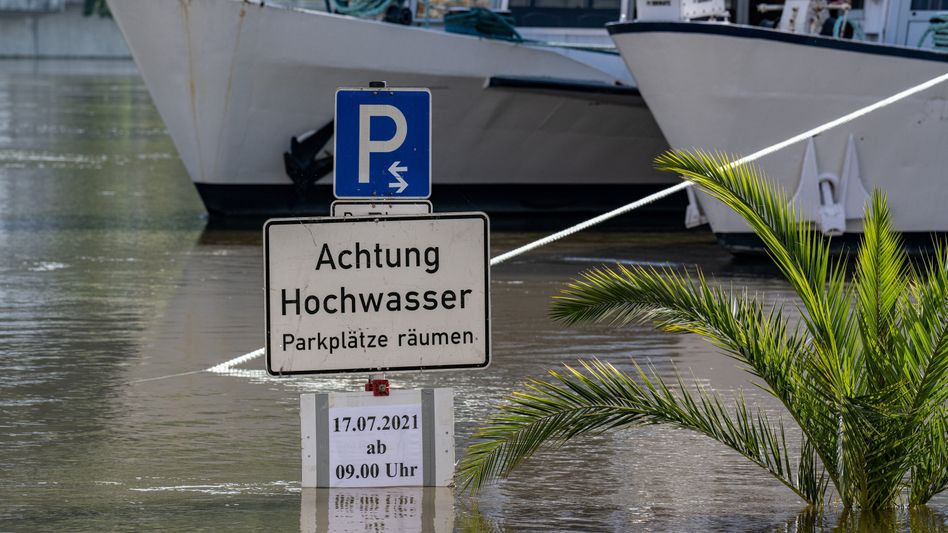 The Danube in Passau: »Just a normal flood«

Sandbags are piled up in front of the door of a restaurant, the water is so high on the Schaiblingsturm that no one can take a long walk along the Inn, parking lots on the Danube are flooded.

For some people in Passau, these pictures, which the “Passau Flood Aid” published on Facebook, bring back memories.

Memories of 2013, when the Lower Bavarian city sank into the masses of water.

And that at a time when parts of Rhineland-Palatinate, North Rhine-Westphalia and Bavaria are struggling with a flood disaster.

Bianca Teumer, on the other hand, remains calm.

She does not live directly in the old town, but looked at the situation on Sunday evening.

"It's pretty high," the 45-year-old told SPIEGEL on the phone.

What can now be seen in the pictures is only "a normal flood".

Passau lies on the Danube, the Inn and the Ilz.

The people in the »three-river city« are used to the fact that the water rises over the banks, areas near the bank are regularly flooded.

Although the level of the Danube in Passau exceeded the eight-meter mark on Sunday evening, it remained - contrary to fear - below the highest flood warning level, which begins at 8.5 meters.

The levels are now falling slightly.

"The uncertainty is how much water will still come from the Inn and Salzach catchment areas," said city fire chief Andreas Dittlmann to Bavarian radio.

"The rainwater that falls there arrives in Passau with a time lag."

With the current situation in the west of the country and in Berchtesgaden, one cannot even begin to compare that - even the flood of the century in 2013 was something completely different, says Bianca Teumer.

At that time the water just kept rising, in the disaster areas it was now a matter of "flash floods, not floods".

The pictures on the news shock her: "This is really brutal."

She is not afraid that things will look similar in Passau in the near future.

An acquaintance who was hit hard by the flood in 2013 had "already caused panic", but overall the mood in the city was relaxed.

A mark on the wall of the town hall reminds us that a higher level had only been reached in 1501.

Eight years ago, the water, and with it the mud, made its way into the cellars, apartments, shops and restaurants in the old town, where facilities and goods were destroyed.

In the end, there were damages of around 190 million euros.

A wave of willingness to help followed. Many people who were not themselves helped to shovel empty the cellars or tidy up shops.

There was one thing that annoyed her at the time: Everyone wrote “such a junk” on Facebook, but nobody found a page to organize help.

A friend then asked her why she didn't just do it herself.

The Facebook page “Flood Aid Passau” was born - “and then it all sort of went by itself”.

"Lots of donations" came in, which they collected first in a neighbor's garage and later in a hall.

She still maintains friendships that arose from working together during this time, reports the self-employed cleaning lady.

The flood aid is still there, but it is more broadly based.

So you generally support financially weak people or women's shelters.

Teumer is the 1st board member of the association.

Whether it will soon be needed again in its original sense seems to bother Teumer less, apparently she is not afraid of more frequent floods.

"It always depends on how it rains and where it rains," she says.

With material from the 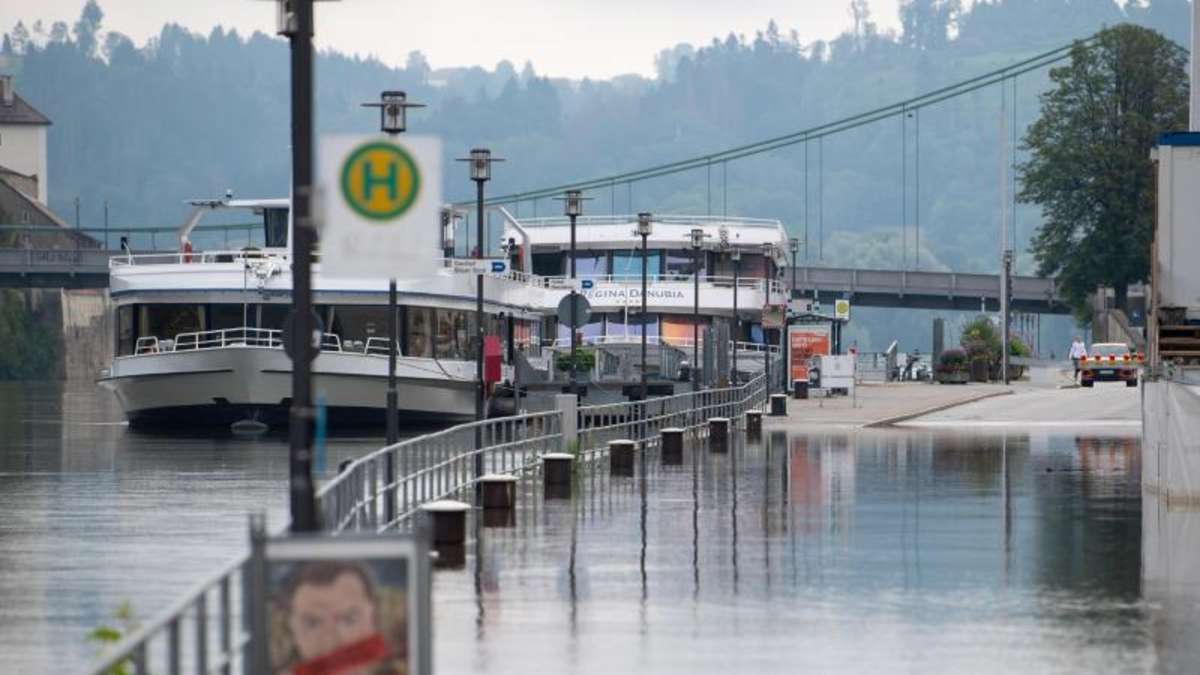 Storm in Bavaria: Passau warns citizens - there is a risk of flooding at the weekend 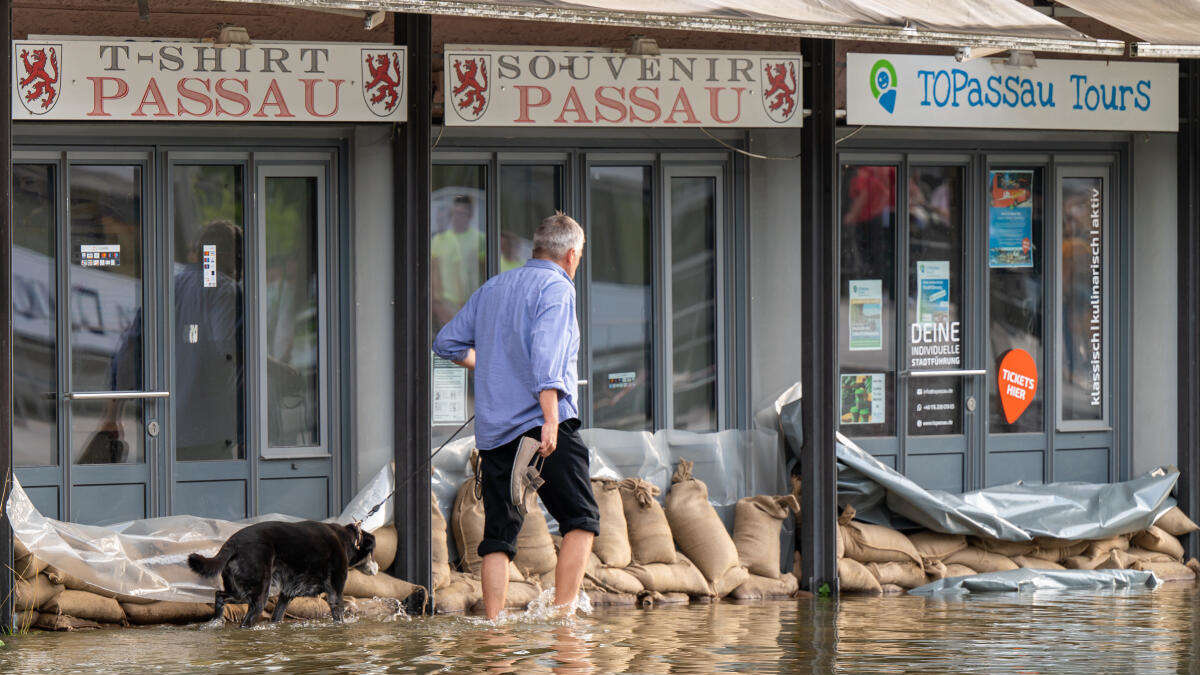 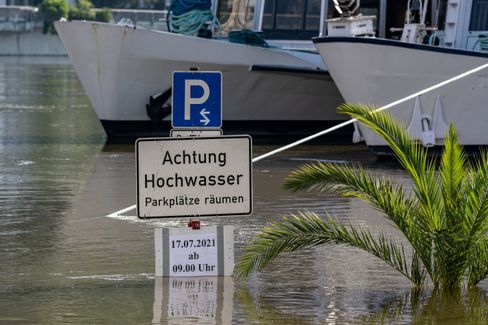 News of the day: flood disaster, floods in Passau, corona rules in England “Then they swim to Austria”: Passau police take action - after local residents have failed to do so With the rubber dinghy on the Danube: "This is life-threatening" - Dramatic rescue operation near Passau