Non-binary DNI: what will happen to the retirements of those who have gender X

The new decree gives 120 days for regulatory adjustments in cases where the laws themselves make differences between male and female. 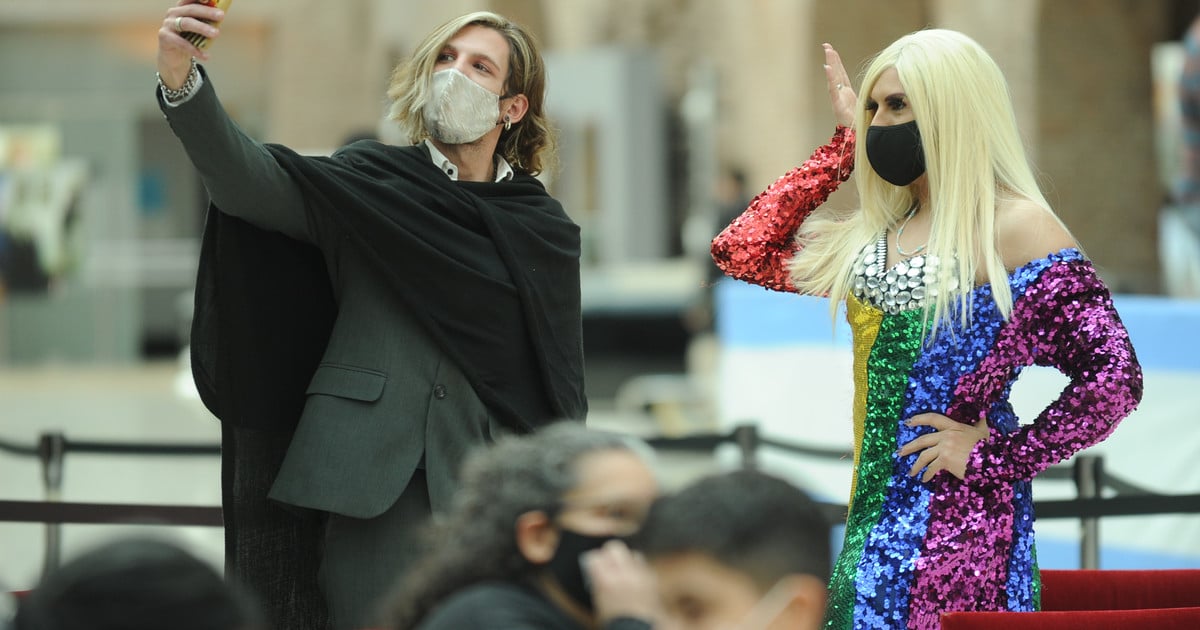 Argentina is as of Wednesday the first country in Latin America to recognize non-binary identities.

As of decree 476/2021 published in the Official Gazette, people

in the "sex" field on the DNI and Passport, and they will no longer have to opt for categories F, of feminine, or M, for masculine.

The administrative decision, which President Alberto Fernández made official with the delivery at Casa Rosada of the first non-binary documents, responds to a demand that diversity groups have held for more than 9 years, when Law 26,743 on Gender Identity was enacted. , which for the first time allowed citizens to choose the sex and the name to appear in their official documents.

The historical reference Diana Sacayán was the first trans person to receive her ID, modified according to her self-perceived gender: with the F and her real name.

Many people began to ask for another category to be incorporated, as it already exists today in Germany, Canada, India and the United States.

Sacayán died the victim of a brutal transvesticide in 2015 at the age of 39.

From now on, all persons “whose gender identity is included in options such as non-binary, indeterminate, unspecified, indefinite, not informed, self-perceived, not consigned, will be able to request the X;

or another option with which the person could be recognized, which does not correspond to the feminine / masculine binary ”.

How will it impact

, or even the election processes?

According to article 12 of the decree, all agencies of the National Public Administration

will have a period of 120 days

to provide the "regulatory, technological and systems adjustments that are necessary for their effective implementation."

For Ricardo Vallarino, executive director of 100% Diversidad y Derechos, the recognition of the gender identity of non-binary people and of those who identify outside the binary gender norms comes to an end “with the outdated imposition of categories masculine and feminine for all people, as the only possible ones ”.

if you wait until the last detail is resolved, you cannot move forward

Sometimes you have to make decisions thinking about people's needs.

There are people who were undocumented waiting for a document that would recognize their identity.

It is estimated that in the province of Buenos Aires, for example,

there are 300 people who requested it, ”he

For his part, the constitutional lawyer Andrés Gil Domínguez explained that until the institutions define their own regulations,

what will govern is “the pro persona principle”

, which he defined as “the one that says that you always have to apply the law in the most favorable to people ”.

The age of retirement

The moment of retirement in Argentina is defined by the number of years of contributions (30, with exceptions), and

What will happen to non-binary people?

For Gil Domínguez, this pro-person principle will be applied or "the retirement regulations will be modified and

the non-binary will be established as a new category

Vallarino recalled on this issue that in 2012, when the Gender Identity Law was enacted, "it was said a lot that

people were going to change their gender to retire earlier

and the truth is that that did not happen."

"It is not a social fact that has been verified, but it has to do with resistance and lateral arguments that what they do not want is to recognize the identity of people in all its complexity and the variability of human experience, which is much more complex of what we had been considering ”, he established. 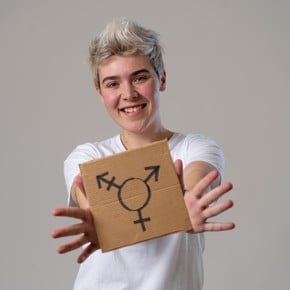 Alberto Fernández, in the presentation of the non-binary DNI: 'The ideal will be when all of us are all' 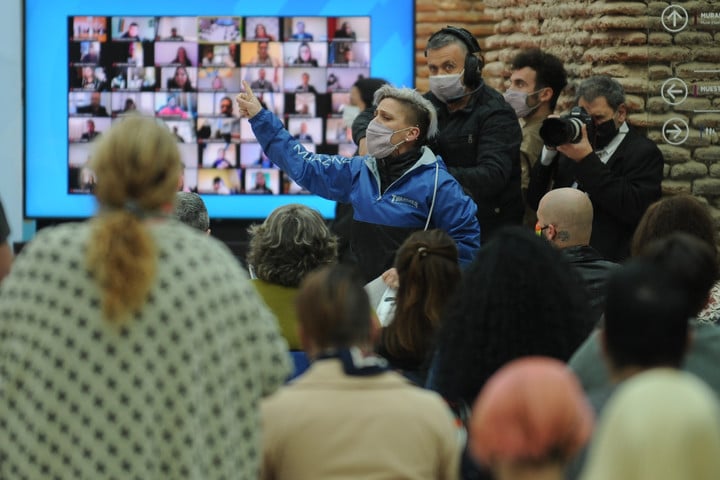 'We are not an X': who manifested themselves in the delivery of the non-binary DNI and what do they claim 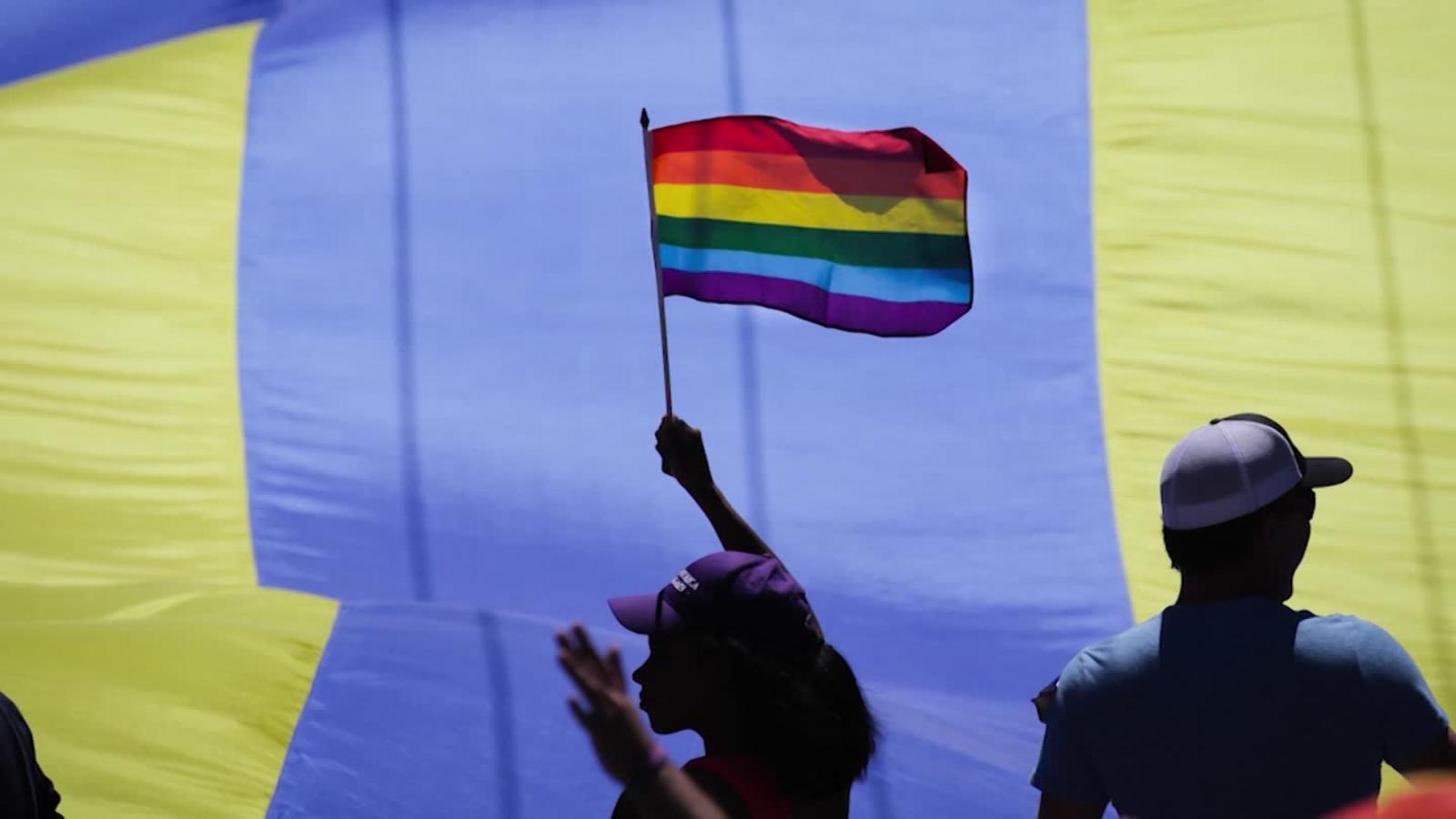 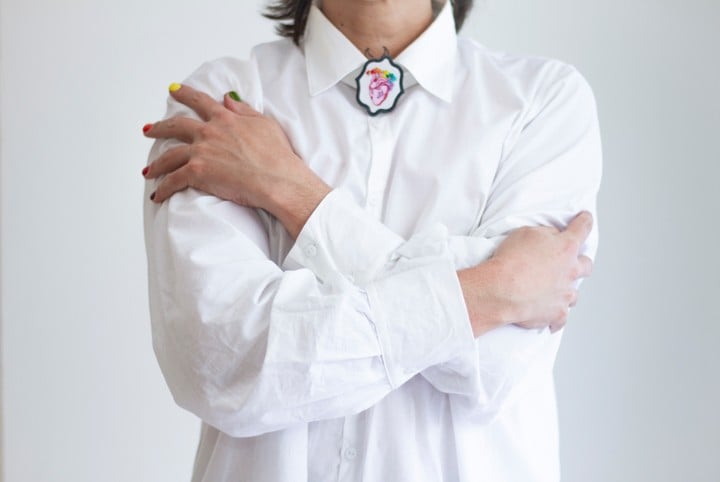 Non-binary DNI: in a week there were 100 requests throughout the country to have the new document 'X'

Non-binary DNI: what will happen to the retirements of those who have gender X 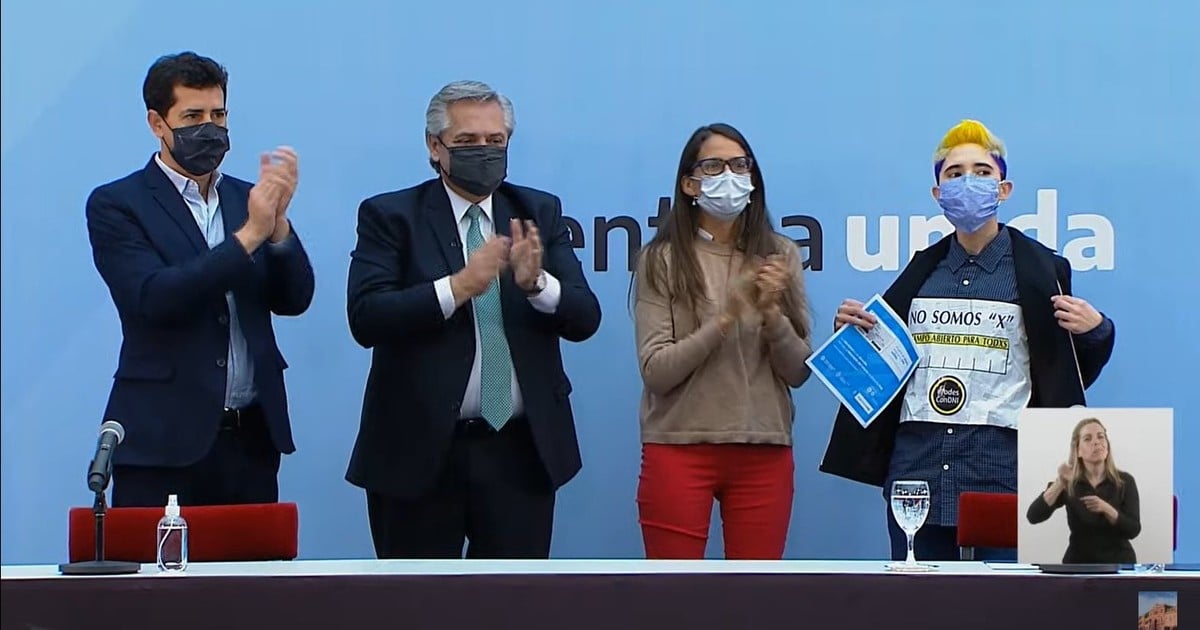 'We are not an X', the shouting claim during an act by Alberto Fernández to present the non-binary DNI 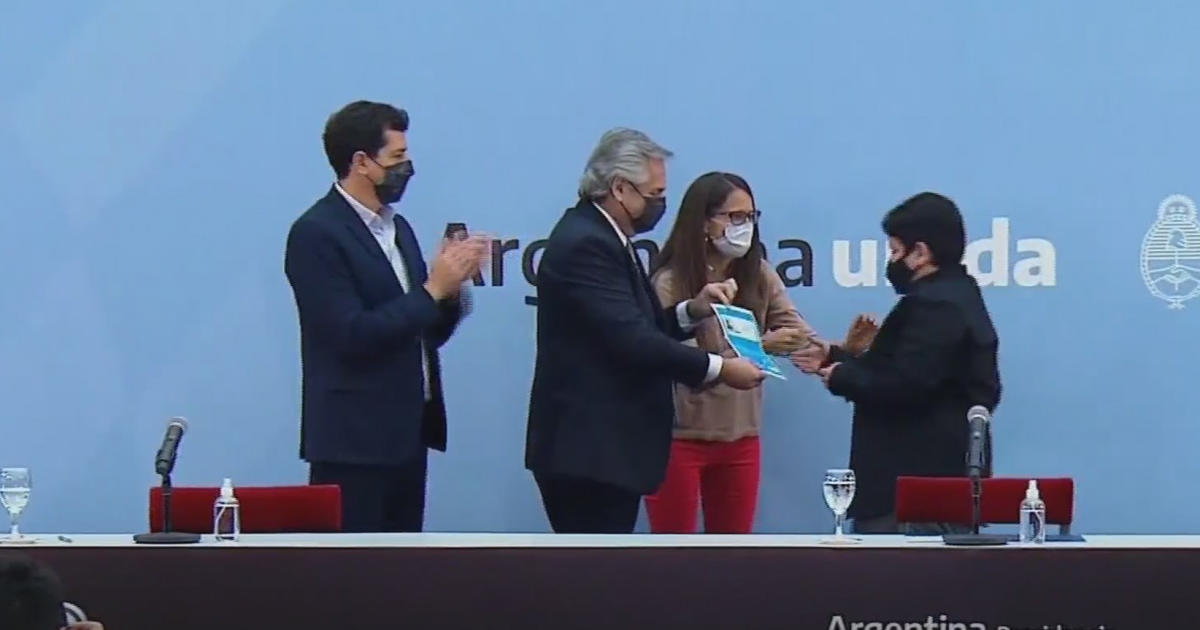 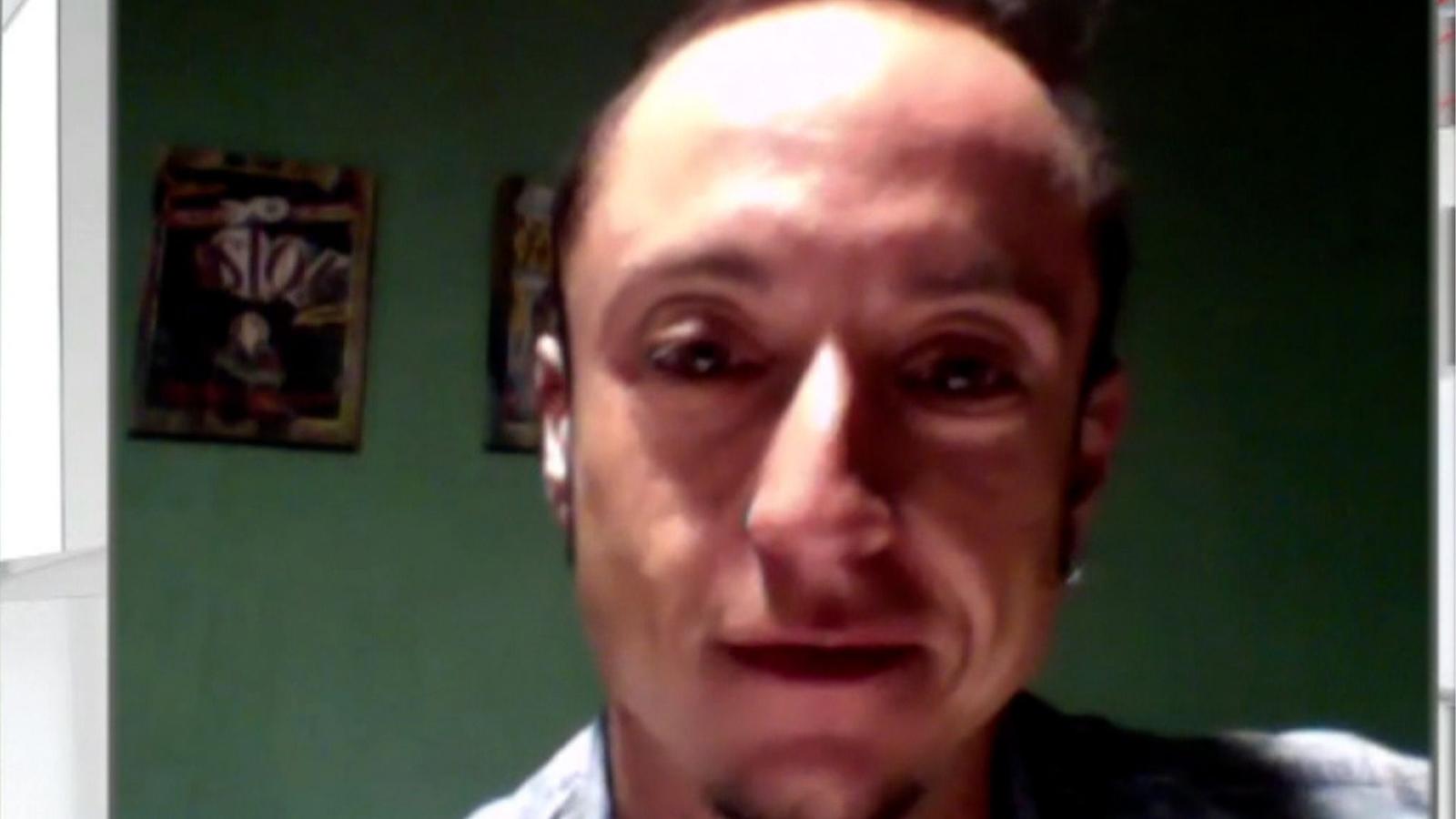 We seek to be people, says Gerónimo Carolina, the first non-binary person with an Argentine DNI | Video | CNN