The measure is in the framework of the salary claims of health personnel who advanced a strike. Hector Daer spoke. 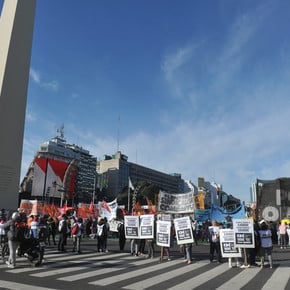 A mobilization of workers from the Health unions produces a cut on Córdoba Avenue and traffic chaos in one of the main accesses to the center of the City of Buenos Aires.

The measure of force is in the framework of the

of the sector that still could not reach port with the joint conflict that has been going on for months.

The march had its epicenter in front of the

, where a group of union delegates and workers from that medical center led the columns on the avenue.

Among the protesters was Héctor Daer, head of the Health Union and general secretary of the CGT with arrival to President Alberto Fernández.

The @SanidadArg march arrived at the Güemes Sanatorium.

Traffic was notoriously affected by the demonstrations.

on Avenida Córdoba and the obligatory detours of the

also produced chaos and annoyances in the surrounding streets.

The workers' march had begun at the corner of Avenida Pueyrredón, from where they walked to the private sanatorium.

It is a key cut in one of the busiest arteries in the City.

After 4 p.m., the queue of cars stretched from Riobamba Street to Gascón, some

. We asked for a decent salary and the businessmen argue financing issues. The fundamental thing is to rebuild the salary of the private health sector, which is 270 thousand throughout the country. Beyond the efforts of the Minister,

and there is no proposal, so

on Friday we are going to strike

for four hours per shift,

We began a new day of struggle in the street to make our claim visible.

We move forward together, we will collectively achieve our goals. # SinSalarioNoHaySalud pic.twitter.com/dtxdjjqHHd

At the end of June, the Ministry of Labor issued the mandatory conciliation in the conflict of the Health unions, which had announced a strike for this Thursday and Friday in private clinics and sanatoriums.

The unions grouped in the Federation of Associations of Argentine Health Workers (Fatsa), which bring together employees of private clinics and sanatoriums, had called on Monday for a measure demanding salary improvements.

The strike was to take place four hours per shift.

The measure was the first of its kind in years and occurred amid the rise of coronavirus cases.

"What is happening is historical,"

, a nurse in the oncology sector at the Italian Hospital

, said at the time

In June, the Ministry had rejected a request for the suspension of the joint sector in the sector, which involves 200,000 people.

"The joint is an agreement of parties. There is no rule that authorizes us to prevent a union from wanting to negotiate the agreement when the previous one is expired," they expressed at that time from Labor.

Social organizations protested at the Obelisk for jobs and an IFE of 63,000 pesos 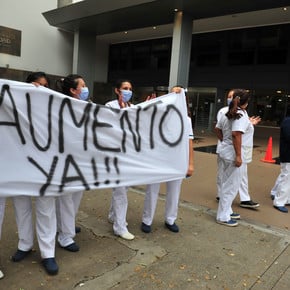 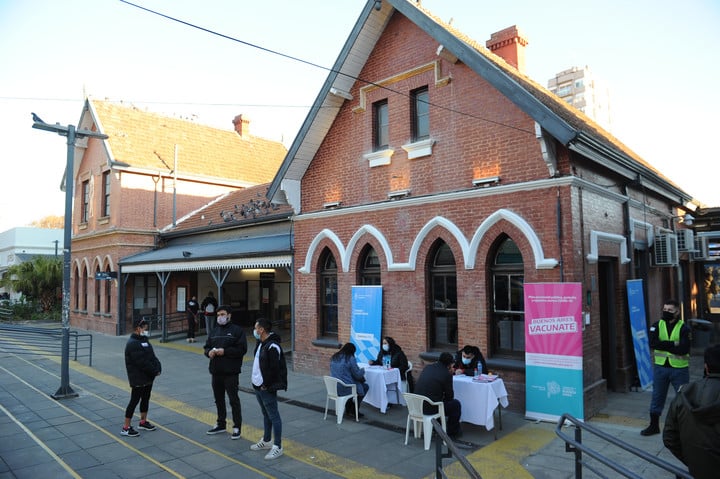 Coronavirus in Argentina: 14,632 new cases and another 438 deaths confirmed in the last 24 hours 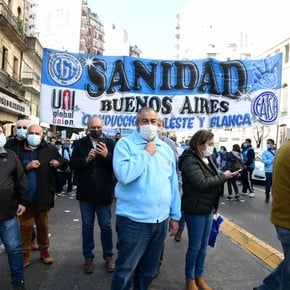 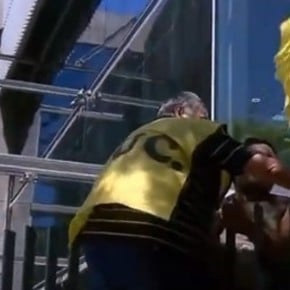 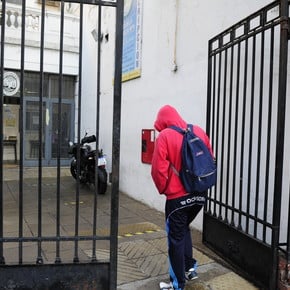 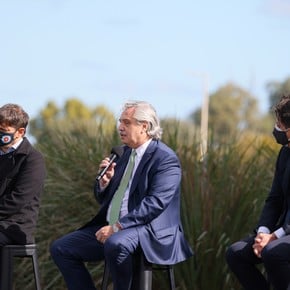 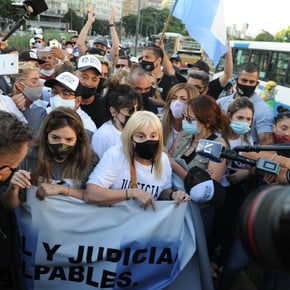 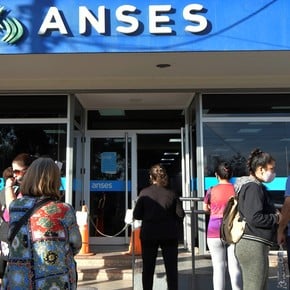