In Rhineland-Palatinate and North Rhine-Westphalia, heavy rain and thunderstorms can occur in a regionally limited manner. The German Weather Service recommends that the situation "neither be played down nor dramatized".

Clean-up work: Helpers are on duty on the B256 in the Erftkreis

In the flood areas in western Germany, regionally limited storms can occur again on weekends.

However, the amount of rain mostly remains below the warning threshold, according to the DWD.

It is still too early for more precise statements about the affected locations and the intensity.

It is clear that there could be showers and thunderstorms in the southwest half, "which also have the potential for severe weather," said Martin Jonas from the weather forecast center in Offenbach.

The areas devastated by the floods could also be affected again.

It is important to "neither play down nor dramatize the situation."

"Mostly it is not a warning amount of precipitation"

The thunderstorms would have severe weather potential with regard to heavy rain, "but rain amounts up to the severe weather area will at best occur in a narrowly regional manner - mostly it is not warning amounts of precipitation." It could be more violent in Bavaria than in the west.

Local squalls and hail could be there.

The helpers in the affected region in Rhineland-Palatinate prepared for the situation. Even if, from the current point of view, the weather forecast is not considered to be threatening for the Eifelkreis Bitburg-Prüm, there could be isolated critical situations as a result of the past flood, said the district administration. The district's disaster control is therefore taking precautions in coordination with the fire services, in particular sandbags are being prepared. The population was called upon to keep themselves up to date via "reliable sources" on the radio, television and the Internet or appropriate warning apps.

According to the assessment of the Supervision and Service Directorate (ADD), heavy rain could lead to "renewed water accumulation in some areas" due to blocked sewers.

The experts are currently working on appropriate deployment planning, the authority announced.

The President of the State Fire Brigade Association in Rhineland-Palatinate, Frank Hachemer, said on the radio program SWR Aktuell: "At the moment, massive heavy equipment is being sent to the area of ​​operation and kept there to make everything passable."

The Aachen city region in North Rhine-Westphalia does not expect any further flooding.

The city region announced that the water association had created space for the additional rain expected by increasing the amount of water released in the dams.

Some areas still without electricity and water

Last week a storm with heavy rain triggered a devastating flood in Rhineland-Palatinate and North Rhine-Westphalia.

At least 179 people were killed in the flood disaster.

Some areas are still without electricity and drinking water.

Because of the scarcity of drinking water, the Eifel-Ahr association has forbidden any waste of water, even in areas not affected by the flood.

The disposal of oil contaminated water is another problem.

The managing director of a waste disposal company from Wesel in North Rhine-Westphalia, Guido Schmidt, described this in the »Morgenecho« on WDR 5. Heating oil had to be pumped out of full cellars or huge amounts of oil-laden water had to be fetched from underground garages.

The demand is enormous.

The North Rhine-Westphalian Ministry of the Environment supports the municipalities and crisis teams affected by storms in organizing waste disposal.

The State Chancellery in Düsseldorf announced that its own coordination office has now been set up for this purpose.

The Federal Office for Goods Transport in Cologne decided to exempt trucks with donations in kind for the flood areas from the truck toll under certain conditions.

The German Psychotherapists Network (DPNW) also provides 100 therapy places for the acute treatment of those affected by the flood disaster.

"We are expecting a wave of traumatized people," said chairman Dieter Adler.

"This will come when the adrenaline has dropped and those affected become aware of the indirect damage."

The climate movement Fridays for Future called for a solidarity demonstration in Hamburg, among other places.

According to the police, around 500 participants were registered.

Climate activist Luisa Neubauer was also there in the Hanseatic city.

The movement wanted to call for more determination in the fight against the climate crisis while at the same time commemorating the victims of the floods.

In addition, donations should be collected for the flood victims.

Deutsche Bahn is confident that the major damage in the areas affected by the flood can be repaired by the end of the year and that traffic will be largely normal again.

In some regions, however, especially in Rhineland-Palatinate, it could take longer.

The railway estimates the damage to routes, stations and vehicles in Rhineland-Palatinate and North Rhine-Westphalia at around 1.3 billion euros.

600 kilometers of tracks are affected, as well as 50 bridges and dozen of stations and stops. 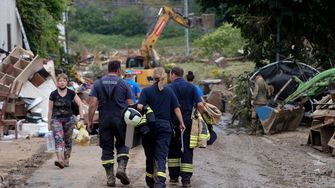 Floods in Germany: will the rain finally stop? Search for missing persons continues 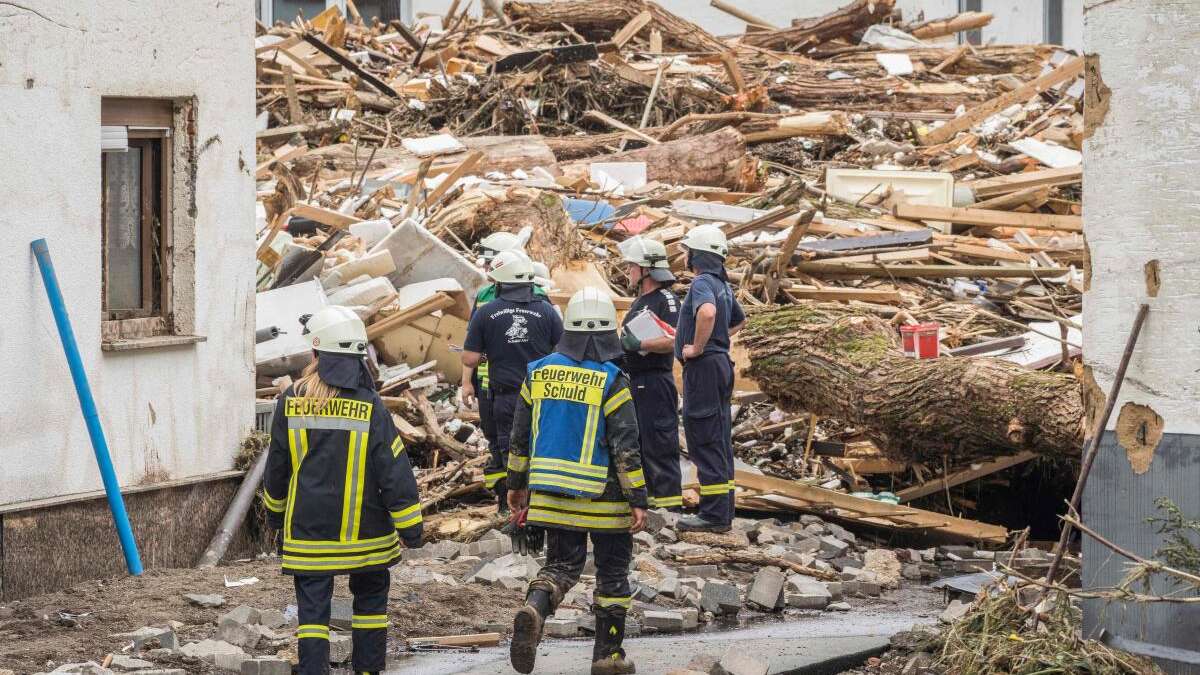 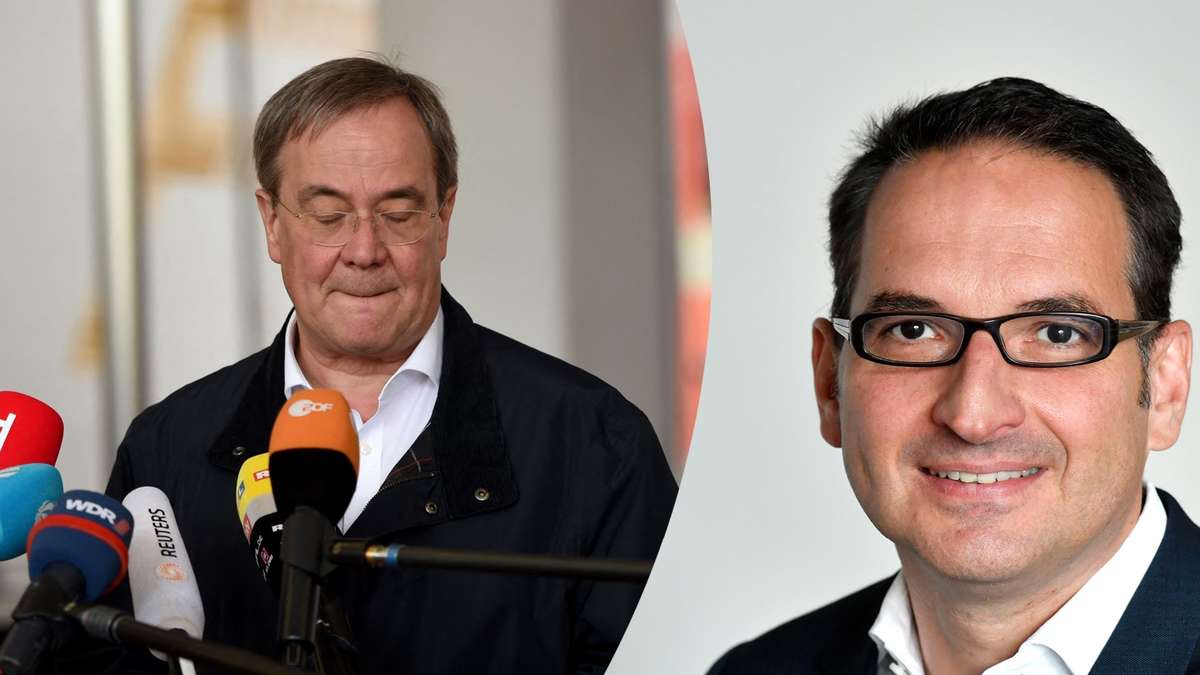 Flood emergency in Germany: First the solidarity - but soon there could be consequences for Baerbock and Laschet 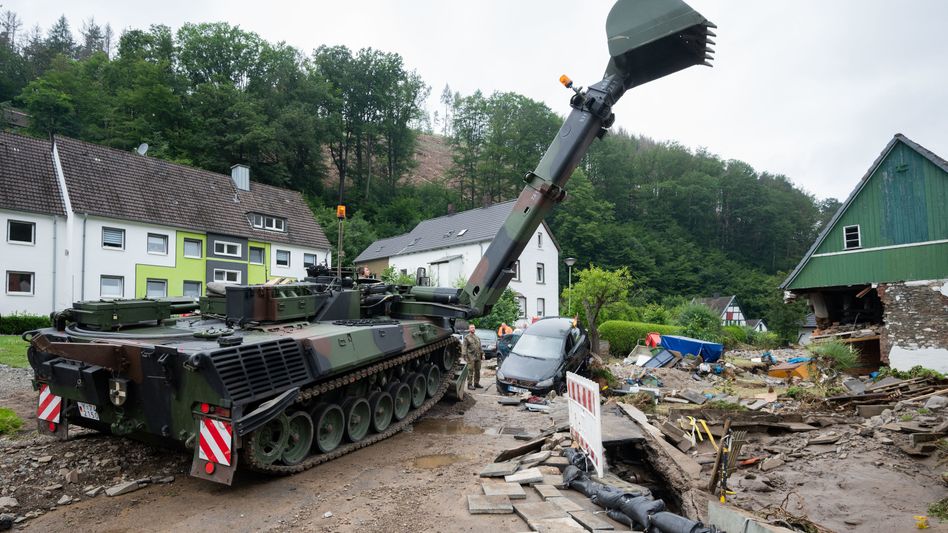