The keychain of the synagogues of Cairo

The hasty flight of the Jews from Egypt in the mid-20th century left behind a rich, disorganized and unsecured heritage, which today a single man tries to protect 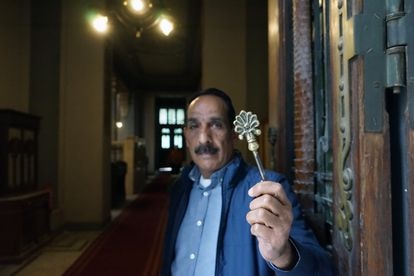 The only unintended link that Raouf Fouad maintained for many years with the Jews in Egypt was the family business he had inherited from his grandfather, one of many copper workshops scattered through the alleys of the labyrinthine old city of Cairo.

His, in particular, was hidden in the hidden Haret El Yahud: the alley of the Jews.

A peculiar commission in the mid-1990s began to change that luck.

Thanks to a mutual friendship, Esther Weinstein, the then president of the Jewish Community of Cairo, came to Fouad's workshop to make them various objects, such as cylinders to keep the mezuzah, stars of David or souvenirs.

"It all started with her placing orders and me serving them," the Egyptian evokes today.

In 1996, Weinstein again came to Fouad to ask for a different favor: she needed someone to help her run the Jewish Community of Cairo and its synagogues, of which he knew nothing. The merchant did not hesitate to extend his hand, and began to discover what those Jewish temples were like, to immerse himself in their history and, above all, to find out how they should be managed.

Two years late, the community celebrated the centenary of its great synagogue, in the heart of Cairo, Shaar Hashomayim, better known as the Adly Street temple.

"The day before they gave me the keys to all the synagogues," says Fouad, who is still solely responsible today.

The reason for this prompt handover of responsibilities to someone who until just 10 years ago had no connection with the community was, in a way, quite simple: there was no alternative.

General view of the Ashkenazi Synagogue in Cairo, Egypt, from the balcony.Diarna Organization

The golden days of Jewish communities in Egypt date back to the opening of the Suez Canal in 1869 and up to the coup that toppled the monarchy in 1952. During that idealized boom period, people from all over the Mediterranean and the Ottoman Empire landed in Egypt. Among them, Jews from as far away as Russia, Italy and Yemen, who settled mainly in Cairo and Alexandria. The most reliable figures estimate that between 70,000 and 80,000 Jews lived in Egypt in 1948. Today, Fouad says, there are only four left.

One of the main reasons for this dizzying decline was the Arab military defeat in the first Arab-Israeli war and the creation of the State of Israel in 1948. But rather than provoking it, these events only precipitated a chaotic outcome that seemed inevitable. For two decades, the Egyptian Government had been putting innumerable obstacles to the non-Muslim minorities of the country to naturalize, with the Coptic exception. And the emergence of a hostile ultranationalist regime after 1952 left no room for hope. Between then and 1973, most of Egypt's Jews were forced to emigrate.

For years, the Jewish community in Cairo has been aware that its days are hopelessly numbered. So his efforts have been focused on avoiding that his extensive heritage - and with it, his memory - end up suffering the same fate. The cornerstone of these attempts, with the permission of the historic Bassatine Jewish Cemetery, south of Cairo, are the 11 synagogues in the capital that they still control, and which stand as the most significant and representative relics of an Egyptian era. already passed.

Cairo's oldest synagogue, the iconic Ben Ezra, is believed to have been built in the 9th century, although the current building dates from the late 19th century. Along these lines, most of its synagogues were built from 1903 to 1937, explains Fouad, a living encyclopedia of these temples in the capital. "Each neighborhood wanted to have a synagogue, and there were different traditions, such as the Ashkenazi, the Sephardic and the Karaite," he says.

The Jews in Egypt never formed a single community. Their diversity of origins, culture, religious rites and social level made them one of the most heterogeneous groups in the country - although always with a strong Sephardic majority. So perhaps the strongest proof of this diversity was its linguistic chaos: there were those who spoke Egyptian Arabic, but also those who spoke in other dialects, or in French, Greek, Italian, Ladino, Polish, Russian, Turkish or Yiddish. Today, the most obvious trace of this wealth are all its synagogues, which, except for two in very poor condition, are still in acceptable condition.

Fouad's favorite is that of Adly, an imposing building inspired by ancient Egyptian temples and notable for the large lotus flowers - a symbol of the community - that are engraved on its facades. Although Sephardic, its doors were open to all and, despite being closed today, it still sometimes hosts events and celebrations. "This is where I was able to witness the religious celebrations for the first time, since this is the main one in the community," says Fouad from a room attached to the temple that they are trying to turn into a small museum. “This is where I experienced the prayers. Esther did them all ”, he recalls.

Despite this, the Egyptian recognizes that he cannot entertain himself too much contemplating it because the challenge to preserve the synagogues is titanic.

During its heyday, there were about 30 in Cairo, but most were lost after the 1960s.

Since Fouad got involved, attempts have been made to get the government to register the current 11 as monuments so that no one can acquire them, but it is not an easy task.

"Because of everything that happened to the Jewish community, it is very difficult to be organized, possess all the documents and know all their possessions," notes the Egyptian.

Its disintegration was simply too fast to be ordered.

"My mission is to achieve a rigorous control of its operation and its property," he adds.

Interior view of the Maimonides synagogue in Cairo, Egypt.Diarna Organization

One of these lost synagogues is that of Ahaba Ve Ahva, built in 1928 and in whose place there is today a pharmacy.

In his case, the memory of the temple has been kept alive, thanks to another homonymous synagogue founded in 1979 in Brooklyn by Jews who landed in New York from Egypt.

In most cases, the battle is lost.

But there are two synagogues that the community doesn't control, and that Fouad thinks he's going to get the keys to soon.

One is near his family workshop, and the second was converted in the sixties into an office of the Ministry of Social Solidarity.

"I am working to recover the documents that prove the ownership of the community over them," he says.

Three of the 11 temples also keep another precious treasure inside. Ben Ezra, the Karaite Synagogue, and Adly are home to three bookstores with more than 15,000 books, including some of the world's oldest Torahs. In the warehouse or

The first was where, in the nineteenth century, some 400,000 documents were found today distributed throughout the world.

And in the Karaite a Torah of more than a thousand years was discovered in 2017.

Fouad explains that the community has plans to digitize the books they still have, and to enable the Adly library to receive students and academics, since it contains about 10,000 of the previous volumes, the vast majority in Hebrew.

"It always makes me happy when I see people visit this place and when I see them appreciate its value and importance," he says.

"The Jewish community now has every right to open synagogues, celebrate events, religious holidays and so on," he considers.

Although it had to be in the last breath, Fouad is convinced that, when the Jewish community in Egypt has disappeared, his legacy will be safe thanks to Drop of Milk, a charity founded by the community in 1921 and reconverted in 2016 to focus on preserving its heritage as an integral part of Egyptian history thanks to its members, who do not have to be Jewish. "If anything happens to the Jewish community, this entity, by hanging from it, would inherit its properties," he says. "It is as if the mother were the Jewish Community and her son the Drop of Milk association," he illustrates.

“Preserving all this heritage for future generations has great value. But in my case I also built personal ties with all these members of the Jewish community, and it is these personal connections that push me to continue, ”Fouad slides. “All of this is no longer a job, it is no longer a business. I am so devoted to these synagogues that I would say this is my home. It is part of who I am, it cannot be separated ”.

The keychain of the synagogues of Cairo 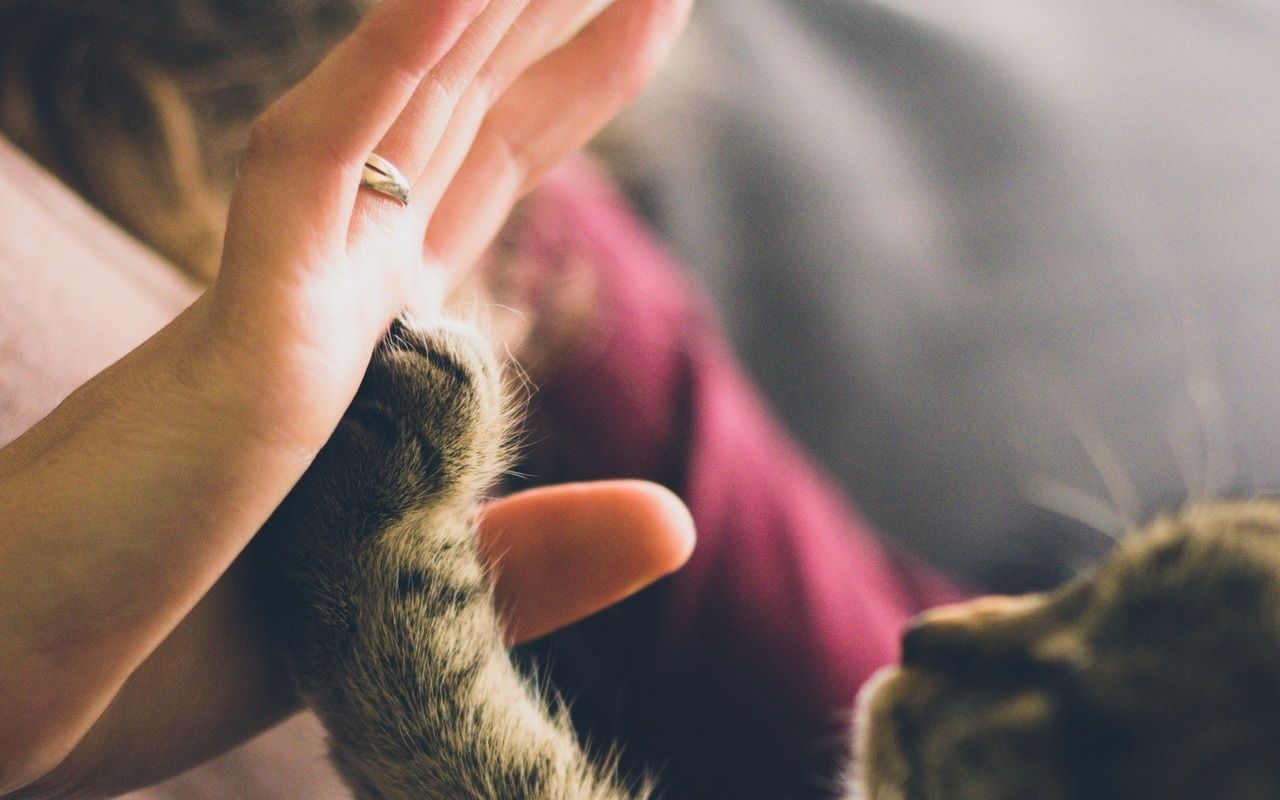 The top 10 gifts for cat fans

In the synagogues are preparing: Prayers in the heavy heat Israel today 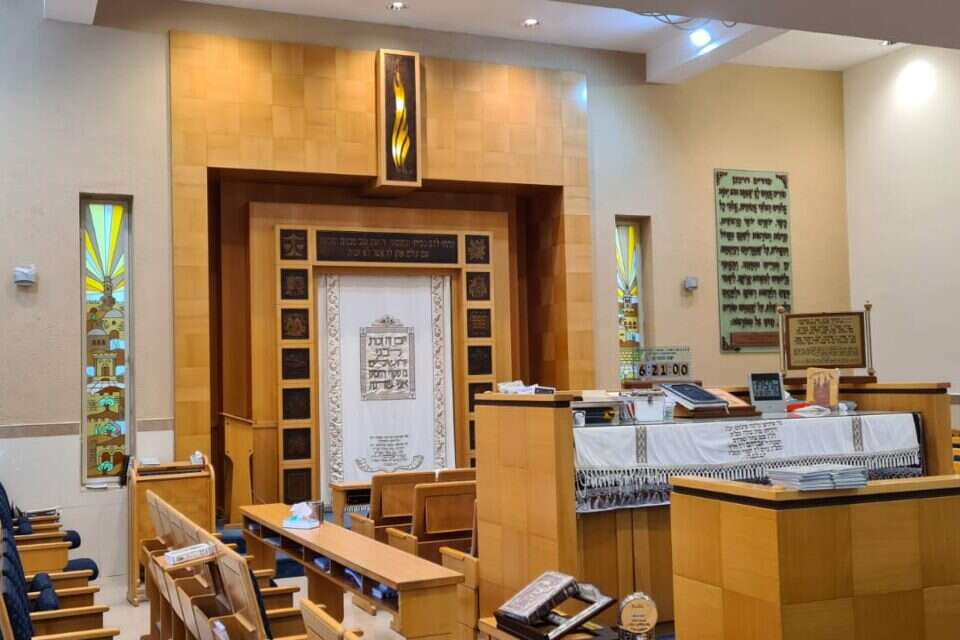 Wonderful Opportunity: The Beautiful Side of Prayer Outdoors Israel today 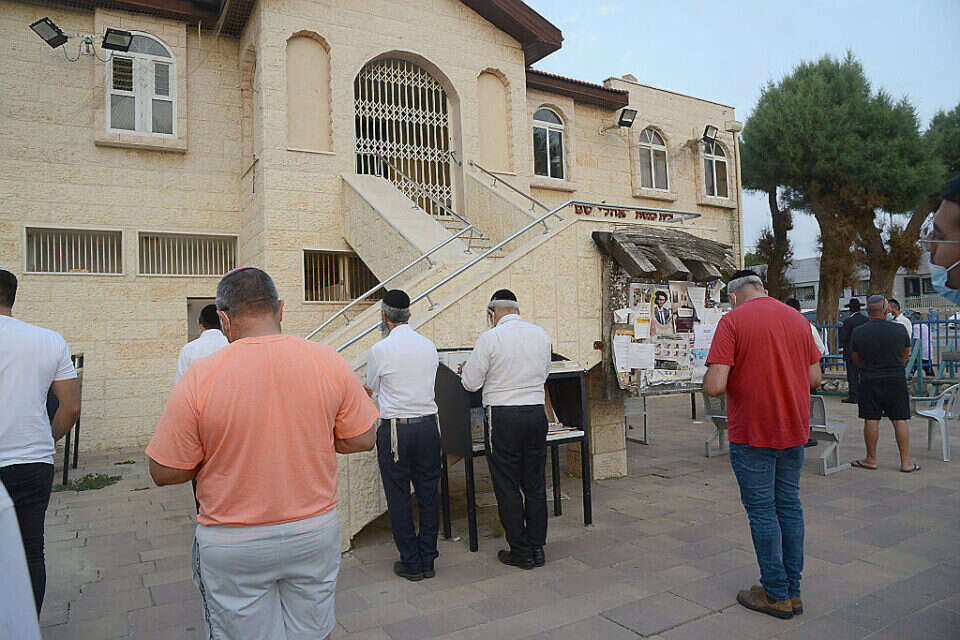 Ahead of the holidays, experts say: It is better for adults and risk groups to pray outside the synagogues Israel today